Galatrona is one of Italy’s most famous and best Merlots. In fact, with few exceptions, it is Italy’s Merlots that have reached the highest pinnacles of quality amongst wines made with international grapes. Clearly, no international grape variety in Italy can boast four monovariety wines of the caliber of Masseto, L’Apparita, Redigaffi and Messorio. Galatrona, from the picturesque Fattoria di Petrolo estate, located just outside the Chianti Classico zone near Montevarchi, is right up there with the best of them in most vintages. 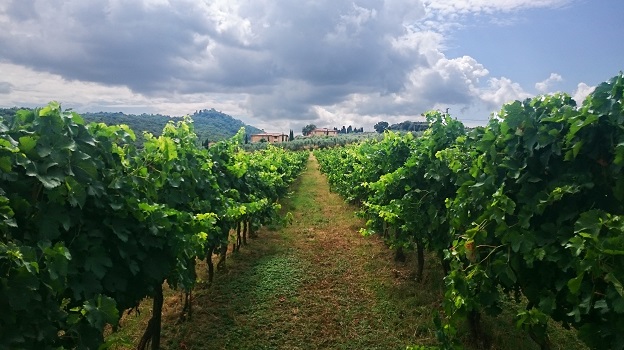 At Petrolo, owner Luca Sanjust has always surrounded himself with some of Italy’s brightest wine minds. Giulio Gambelli, one of the all time greatest Sangiovese experts, was the first to realize that the clay rich soils in the lower parts of the estate were better suited to other varieties, Merlot first and foremost among them. Merlot was first planted in 1990 initially for Petrolo’s Sangiovese-based Torrione. Enter Denis Durantou, the ultra-talented owner of Château L’Eglise-Clinet in Pomerol (and other high quality properties), who over the years has become a good friend of Sanjust’s. Durantou believed that making a great Merlot was highly likely in Petrolo’s soils, and so the Merlot, originally destined to be a blender, got the chance to shine on its own. And shine it has. 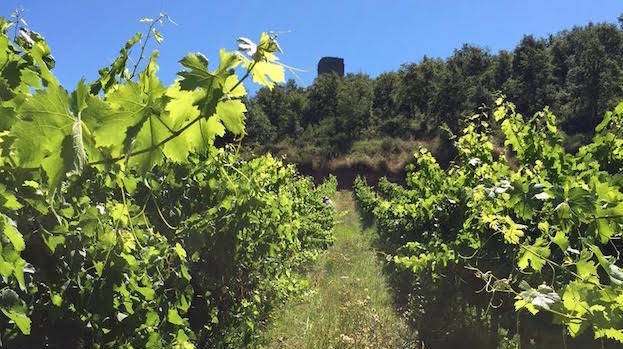 Petrolo's vines with the Petrolo tower in the background

While Galatrona bears the virtually unknown Valdarno di Sopra DOC on its label, an ancestor of that denominazione, was long associated with high quality wines. In fact, back in 1716, Archduke Cosimo III Medici passed a famous edict in which the four best wine production areas of Tuscany were clearly identified; Valdarno di Sopra was one of the four (Carmignano, the central part of Chianti and Rúfina/Pomino were the other three). In 1834, a well known viticulture expert of the time, Giorgio Perrin, documented that the area where Petrolo’s vines grow was always renowned for high quality Sangiovese and for uve francesi (“French grapes”), the latter of which had apparently long been cultivated there by the locals.

Galatrona (the name is that of the medieval tower situated at the top of a high hill on the estate, roughly 550 meters (1,804 feet) above sea level, most likely derives from an ancient Etruscan word) is made from the eponymous single vineyard planted in 1990. Originally one and a half hectares large, the Galatrona vineyard is now roughly ten hectares. The first vintage of Galatrona was 1994. Yields are famously low (roughly 500g - slightly more then 1 pound - per vine) making for an exceptionally concentrated wine, but one that usually manages the neat trick of staying light on its feet and refined at the same time, and that has a striking savory quality. Winemaking is similar to that of many of the world’s great red wines, with maceration on the skins that usually lasts slightly over two weeks with careful pumping overs. Malolactic transformation takes place in new French oak barriques where the wine ages for approximately 18 months (the first 6 months on the fine lees). Annual production averages around 20,000 bottles, only 5% of which are sold in Italy (Galatrona is a huge favorite in Petrolo’s export markets). With the 2013 vintage, Sanjust’s willingness to experiment and try new things has transpired in the production of a Galatrona aged in amphora, repeating the experiment already performed with his 100% Sangiovese Boggina. Current plans call for the amphora-Galatrona to be made in small volumes only. 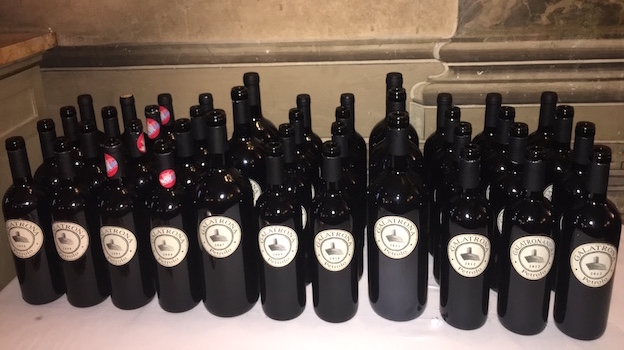 But whether it’s aged in amphora or not, I suspect that when it comes to getting the best possible wine in every bottle sporting the Galatrona label, all of us can rest easily. After all, Luca Sanjust likes to say that “…in the end, all my job really amounts to is leaving this gorgeous piece of Tuscany I have been fortunate enough to farm over the years in even better shape than when I first started out”. With that sort of passion and commitment, Galatrona is destined to remain the bright star that it already is for many years to come.

See all the wines from youngest to oldest