"What would you like to taste?” Cédric Bouchard asks as we descend into his cellar, where the cool temperature provides a much-needed break from a brutal heat wave. “Really, whatever you want,” Bouchard says, sensing my apprehension as I gaze at a stunning collection of bottles, but not wanting to ask for too much….

I have been a huge fan of Cédric Bouchard’s Champagnes since I first tasted them in the 2004 vintage. I especially remember the Haute-Lemblée that year, which I gave a stellar write up to, along with a correspondingly high score. That review caused a minor uproar. I am sure readers will find this hard to believe, but back then high scores in Champagne were reserved for the likes of Krug, Dom Pérignon and Roederer. “How can a grower Champagne get such a high score?” I heard from readers. Well, these are quite simply some of the most singular wines made anywhere in the world, that’s how. Even since that moment, I have bought as much of these Champagnes as I can find and afford every year. 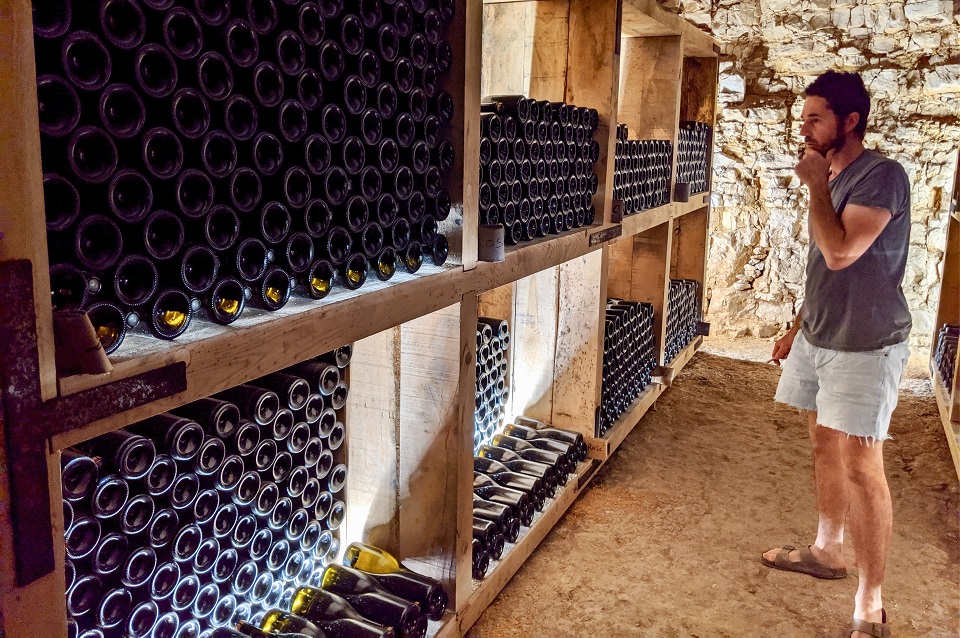 Traditionally, Champagne was built on three pillars designed to ensure consistency from year to year. These are: 1) the use of several varieties (most commonly Pinot Noir, Meunier and Chardonnay), 2) a blending of vintages and 3) a combination of vineyard sites. Champagnes like Philipponnat’s Clos des Goisses and Krug’s Clos du Mesnil began to gradually free Champagne from these tenets, ultimately culminating with the explosion of the grower Champagne movement starting in the 1980s, give or take, when family-owned domaines took back vineyards that had previously been contracted out to large maisons and began making wines under their own labels, much as happened in other regions around the world, such as Burgundy and Piedmont. While large houses have access to multiple sites all over Champagne, itself a very large, sprawling region, growers work only with estate vineyards, and these tend to be centralized around much smaller geographic areas, which then naturally gives birth to Champagnes that are more localized and connected to the land.

Cédric Bouchard’s Champagnes are the antithesis of what drives big brand Champagne – they are rigorously single-variety, single-vintage and single-parcel wines. Champagne deconstructed, if you will. But that’s just the conceptual starting point. Whereas the goal in most of Champagne is to maximize yields through the use of high production clones and conventional farming, Bouchard farms for low yields, following organic principles and using no herbicides or pesticides. To be fair, this is the same approach used by many quality-minded growers today. In fact, some of the more forward-thinking larger houses have started to shift their thinking towards more sustainable practices in the field, but that is a subject for another day. 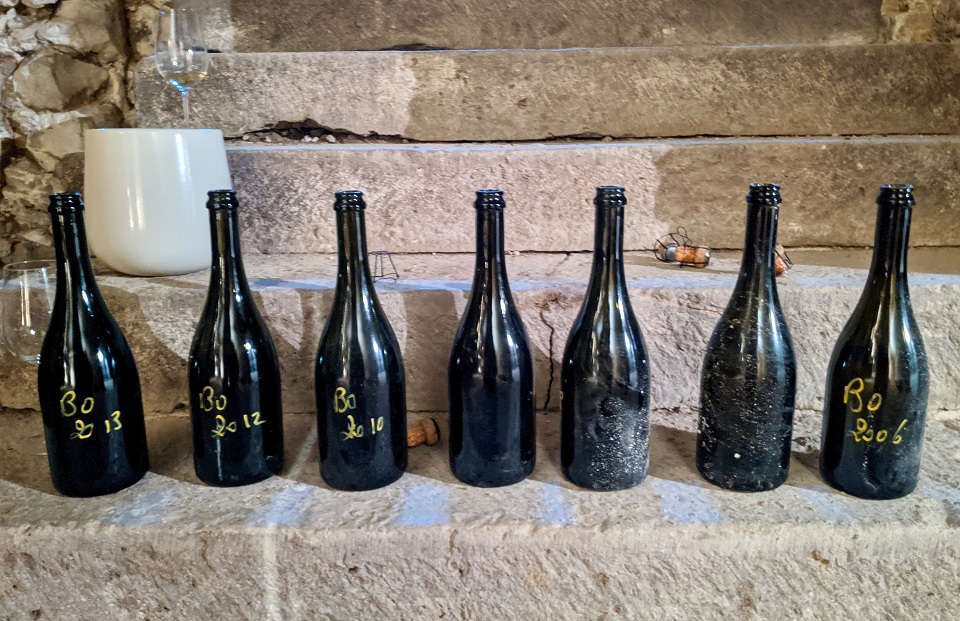 Bouchard aims to harvest around 11.5-12% natural potential alcohol (“you gain up another half-degree in the prise de mousse,” he adds), which allows him to avoid chaptalization entirely. For the sake of comparison, 11-12% is in the upper range for Champagne. Most larger houses will pick at lower levels of ripeness and then chaptalize, a decision that is partly taken to avoid the risk of bad weather later in the growing season. As they say, “fortune favors the bold….”

Both primary and secondary fermentations are native, with indigenous yeasts. The wines see full malolactic fermentation and are done entirely in tank. Coaxing the essence of each site through the lens of the vintage is what these Champagnes are all about. In fact, the concept of Champagne here is more akin to wine. Bouchard bottles with lower pressure than is typical, which results in a very gentle mousse, what he calls a “slow, fine bubble that really lets you taste the wine.” All of the wines are bottled with no dosage. Taken in its entirety, this approach, driven by Bouchard’s extraordinary vision and outsize passion, yields Champagnes of exquisite, and at times profoundly moving beauty.

“How about a few vintages of La Bolorée?” I reply. “Great idea,” Bouchard answers. “Do you know I have never done a vertical of La Bolorée” I am not at all surprised. Cédric Bouchard is the quintessential contrarian who resists meeting his heroes (“I don’t want to be disappointed”), opens a restaurant, but does not put his wines on the list (“I don’t want to dominate the wine program”) and completely abandoned his Coteaux Champenois project without releasing a single vintage (“I didn’t like the wines and there was too much hype around them, so I sold them to the négoce”). So no, I am not surprised. “You probably drink my wines more than I do,” Bouchard says as he starts assembling the vintages. “If you don’t mind, we are going to skip the 2011,” he adds with a wry smile, alluding to the one vintage here that I have never liked. 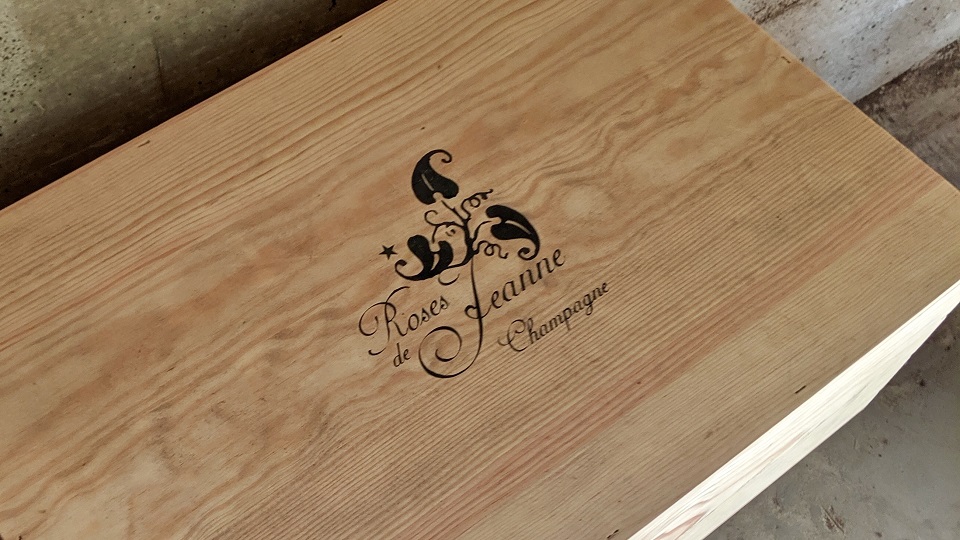 Production is just 500 bottles per year. I had never seen an OWC, but, apparently, they exist.

La Bolorée is my favorite wine in Bouchard’s range, neck and neck with the Rosé de Saignée Creux d’Enfer. First produced in 2005, La Bolorée emerges from a tiny, south-facing parcel of just 22 rows planted in 1960 and measuring a measly 0.21 hectares, a theme at Bouchard, where all the plots are tiny. Production? 500 bottles per year. That’s it.

“Some years ago, a French group was selling properties, including forests and vineyards,” Bouchard explained. “There was Pinot Noir, Chardonnay and Pinot Blanc planted at La Bolorée, and three interested buyers. I wanted the Chardonnay, but we couldn’t come to an agreement amongst ourselves, so we had to draw straws. I lost. I ended up with the Pinot Blanc.” 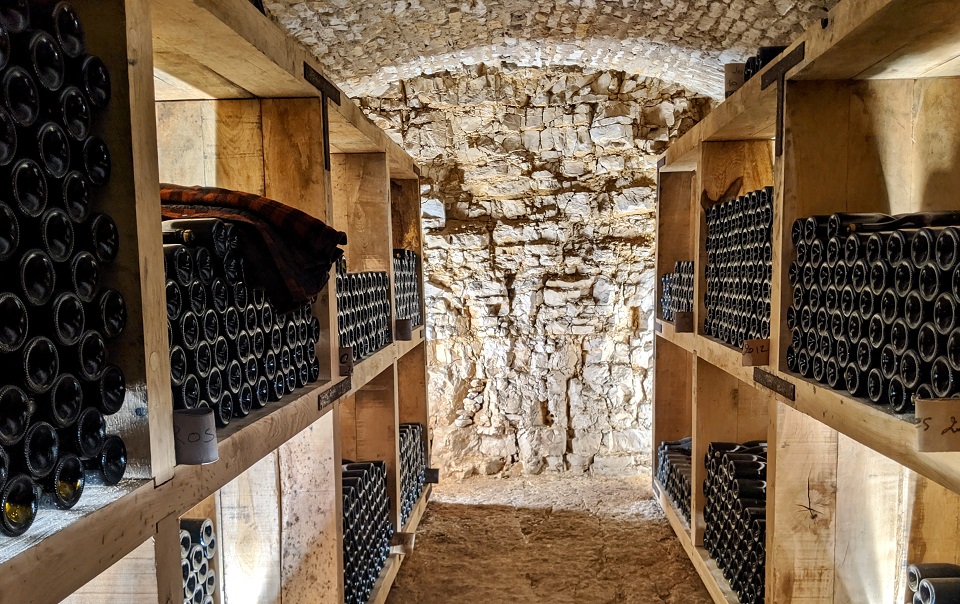 “At first I thought: ‘Crap! What am I going to do with Pinot Blanc? I don’t even like Pinot Blanc.’ But then I decided to turn a negative into a positive and accept the challenge. A new direction. When we started to work the vineyard, we had about 70 dead vines. As we replanted, we noticed that there was a bed of chalk under the clay and sand, which you just don’t see here in the Aube. You expect to see these kinds of soils in the Marne Valley, but not here. The wine could not exist without this soil. So, in the end we were extremely lucky.”

In my experience, La Bolorée is the most tightly wound of the Bouchard Champagnes, and it really needs a few years post-disgorgement to be at its most expressive. The track record here is short, but based on what I have tasted, these wines seem to peak around age 10-15. La Bolorée might be the exception. We will have more data points soon, as Bouchard is putting away a significant chunk of his production for a library release program. “I am not a fan of late-disgorgement Champagnes, because those are different wines from the original release - you can’t really see how a wine has aged. I want people to taste my wines with age, to see the real evolution of how they have developed over time. So everything is disgorged at the same time." It’s pretty hard to pick favorites in this lineup, but I thought the 2008, 2010 and 2013 were all fabulous. A mini-vertical of the Creux d’Enfer rounded out the morning. I have included notes on those wines here as well. 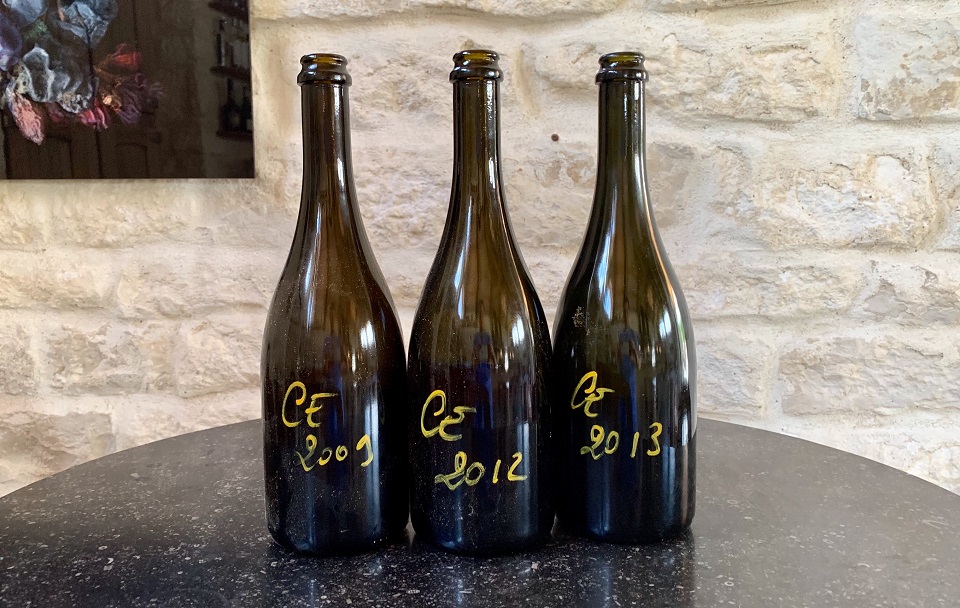