Readers will find a bevy of compelling, delicious Champagnes in the market this fall. Many of the current non-vintage releases are based on 2013, a year that, while inconsistent, yielded wines with healthy sugars and terrific balance at a number of top-performing houses. Young wines from the Côte des Blancs in particular showed tremendous promise. Readers who want to read more about 2013 might enjoy revisiting my initial report on the vintage. At the upper end, a number of houses have new tête de cuvées that are or will soon be in the market. As always, the stylistic breadth that Champagne offers makes it one of the most versatile and fascinating of all wines. For more, readers might also want to revisit our Summer Preview, which includes many current releases. 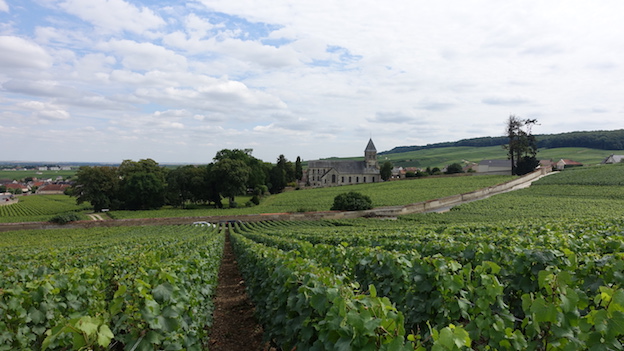 Vineyards on the border between Avize and Oger