At first I thought that it was my imagination, but looking back at recent pricing history my suspicions were confirmed: top-quality Champagne costs more now than ever before, especially when it comes to the most sought-after grower/producers. Adding insult to injury, the best Champagnes are becoming even harder for consumers to source as importers are forced to work with small allocations and sharply growing demand for these wines that shows no signs of slackening.

It's easy to understand the market's insatiable thirst for Champagne, it must be admitted, especially when one considers the sheer depth of quality that the region provides for the export market. I emphasize "export market" because there's no shortage of mediocre to downright bad Champagne out there, most of it sold in Europe at discount grocery stores. Go ahead, roll the dice and grab a random bottle of Champagne bearing an unfamiliar name off the shelf of a French, German or British supermarket shelf, and you’ll see what I mean. Much of it can't compete with middling Cava or Prosecco that's available in the States for $10 a bottle. Luckily for us, these inferior wines seldom make it to the U.S and other major markets, and that's largely thanks to the high bar that’s been set by savvy consumers and importers. 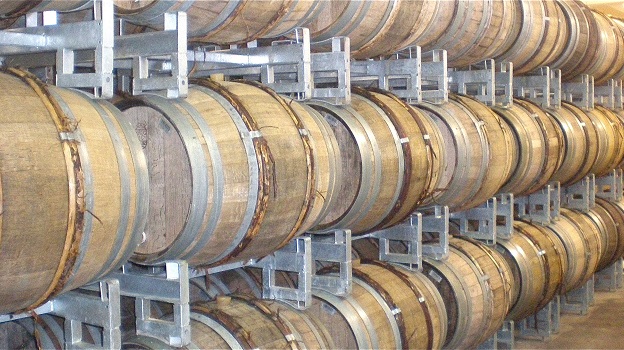 The barrel room at Krug, Reims

So while Champagne isn't cheap and shows no signs of getting cheaper, it's still the gold standard for sparkling wine by a far stretch, although I increasingly see signs of gumption from some of Spain's Cava producers and a handful of California and even Oregon wineries who clearly take the category seriously. For now, though, they're pretty much gnats pestering the Champagne beast, but I do wonder if ever-increasing prices might set the stage for shifts in demand in the not-so-distant future. The odds increase, I believe, if Champagne producers ignore the potential consequences of focusing too much on the luxury end of the market rather than attempting to satisfy a broad, economically diverse global audience. What goes up must come down, right?