I found the mood a little less ebullient than last year as I made my rounds in Champagne earlier in the spring. Two thousand fourteen has turned out to be an irregular vintage, although there will undoubtedly be some surprises. Salon, Roederer, Bollinger, Philipponnat and Taittinger are among the houses I visited that will release their tête de cuvées. Krug and Dom Pérignon will not declare, although Krug plans to bottle their Clos du Mesnil. 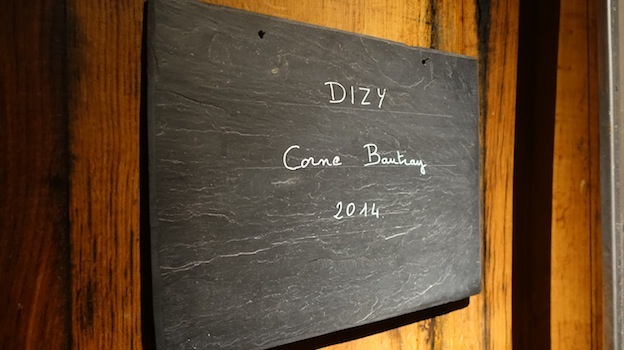 Tasting from cask at Jacquesson

As is my custom, I spent a week in March tasting through the 2014 vins claires at a number of large houses and smaller, grower estates. Vin claire tastings are wide-ranging in breadth and style. Roederer and Krug are among the houses that draw from many fruit sources, so the tastings are quite large. At Taittinger and Salon, where there is more of a focus on a single grape, tastings tend to be smaller. Vins claires are usually tasted directly from barrel at small grower estates such as Laval, Selosse, Collin, Prévost, Giraud, Vilmart and Tarlant, very much in the style of Burgundy. Readers should be aware that because vins claires represent small lots that are almost always blended into larger cuvées, the quantity of samples is vast and far exceeds the number of what will ultimately be finished, bottled wines. That means what I see is a very small percentage of the total production for each estate. Naturally, winemakers are inclined to show only their very best, especially in a challenging vintage like 2014.

High yields from the generous flowering coupled with a cold, rainy August presented a number of challenges. The northern sectors of the Montagne de Reims were favored over the south and into the Vallée de la Marne, where rainfall was twice that of a normal year. Not surprisingly, many Pinots show elements of dilution. Chardonnay is also quite variable, but the best wines in the Côte de Blancs are compelling and promising. In addition to weather, growers had to deal with the Suzuki fruit fly, which appeared for the first time in Champagne this year. The Suzuki fly took a liking to dark-skinned grapes just before harvest, puncturing the skins and wreaking havoc with vineyard crews, which were sent into the fields with little notice to bring in the fruit before too much damage was done. 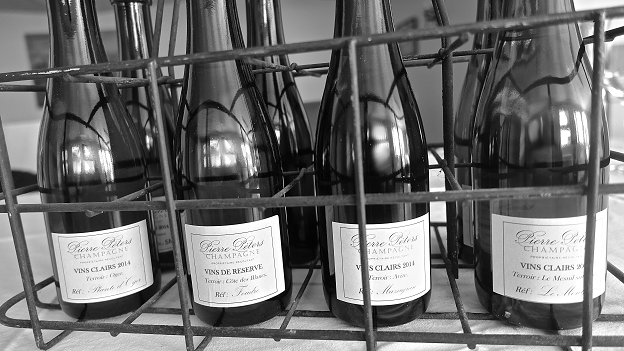 Although Chardonnay is on average stronger than Pinot opinions of the vintage vary widely, even in the Côte des Blancs. As usual Anselme Selosse provides one of the most insightful views I heard: “Vintages 2013 and 2014 gave us completely different conditions. In 2013, we had rain and bad weather during the flowering, which lowered yields naturally, and then a perfect July and August with warm, sunny days. Two thousand fourteen was another story. Weather during flowering was dry, warm and virtually perfect. Yields were a good 10% higher than normal, but July and August were cold, wet and rainy. The 2014s aren’t bad, but they are the result of a year in which roots did not have to go very deep for nutrients, and thus the imprints of terroir are much less evident than they are in 2013.”

Rodolphe Péters is a bit more positive, calling 2014 better than the sunny, radiant 2012, but not as good as 2013, a year in which both ripeness and acidity are high at this address. That optimism is echoed by Didier Depond at Salon, where 2014 will be declared. The Salon vins claires I tasted were quite beautiful. Taittinger will bottle a 2014 Comtes de Champagne, although Pierre-Emanuel Taittinger cautions that production will be limited. Lastly, Krug Chef de Caves Eric Lebel is quite optimistic about the prospects for the Clos du Mesnil, which looks to be the only vintage Champagne Krug will release in 2014. 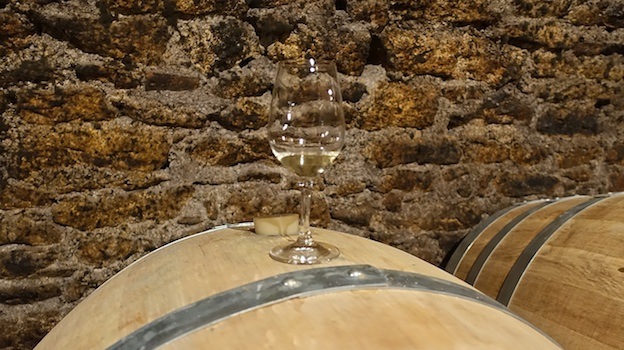 Tasting the 2014s from barrel, parcel by parcel, at Selosse

According to Charles Philipponnat, 2014 is a year with uneven levels of ripeness, high yields and, in some spots, elements of dilution as well, but for now, he reserves judgment. “Look at 2004, Philipponnat adds. “In the beginning, no one thought much about the vintage, but today, the 2004s are increasingly being understood and appreciated. “

It is of course far too early to have a view on how the 2014-based NV wines will show once they are assembled and bottled. I found quality at some of the small growers I tasted to be solid, and in some cases, quite good. But that is not a surprise in a year in which optimal periods for picking were narrow. "I observed that the final phase of ripening in fruit trees happened suddenly," says Vincent Laval. "I was afraid the grapes might go from underripe to overripe quickly, so I moved up our picking dates a touch. That turned out to be the right decision." As for the vintage wines from the big houses, it is painfully clear that quality will be highly tied to production levels. Houses will have to be especially selective at the high end, as there is only a very small amount of juice that deserves to be bottled at the tête de cuvée level.