I was thrilled to moderate this tasting of Salon and Delamotte at Pebble Beach Food & Wine. These are some of the most compelling, utterly exquisite Champagnes readers will come across.

Salon President Didier Depond, who also manages Delamotte, Salon’s sister estate, joined me on the panel, along with Shayn Bjornhom MS, Emily Wines MS and Winemaker Rajat Parr. Talk about a dream panel. My job was to basically make sure we started and ended on time. In all honesty, though, it was the wines that stole the show, and with good reason. For more perspective on Salon, readers might enjoy my video interview with Didier Depond the day before this tasting.

Salon is the most elusive of Champagne’s grand marques. Only made in what the house deems the very best years, Salon has been bottled just 38 times since 1905, its first vintage. In case you are wondering, no, I haven’t tasted the 1905. Yet. Even when it is released, production is tiny. Consider that there are just 60,000 bottles (5,000 cases) of the 2002 for the entire world, a virtually insignificant amount by Champagne standards, while production numbers for other tête de cuvées range from a few times greater, as in the case with Taittinger’s Comtes to Champagne (also considered a small production Champagne), to about 100 times greater for Dom Pérignon. Because production is so limited, older vintages of Salon are very hard to find, hence the huge appeal of this packed tasting that headlined Pebble Beach Food & Wine this year.

Salon is located in Le Mesnil-sur-Oger, in the heart of the Côtes des Blancs. The core of Salon emerges from a small vineyard that sits right behind the house. Salon is done entirely in steel, with no malolactic fermentation, one of the reasons the wines need extended time in bottle prior to release, and in most cases, several years on the cork before they start drinking well. In vintages in which Salon is not made, the fruit goes into Delamotte, Salon’s sister estate and neighbor. The Delamotte style is less severe, as malolactic fermentation is employed to give the wines softer contours and more immediate breadth.

With the exception of the 1988, all the wines were brilliant. Of course, Champagne loves the big bottle, so it is not too much of a surprise that the wines from magnum were superb. 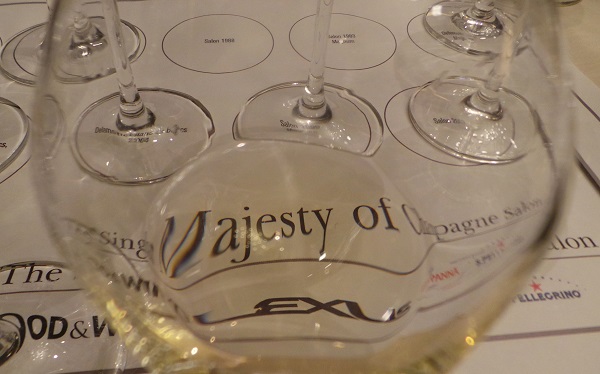 Delamotte’s NV Blanc de Blancs is a great way to start our tasting. The current release is based on 2008, a year that is beginning to show its class. What a beautiful, vibrant Champagne this is. Sadly, Delamotte chooses not to disclose the base vintage or provide disgorgement dates, so there is no way for consumers to know if they are buying the same wine that is so incredible in this tasting. The 2004 Blanc de Blancs, also from Delamotte, is incredibly expressive. Rich and textured in the glass, the 2004 captures the crystalline intensity of this great Chardonnay vintage. Smoke, slate and white orchard fruit pulsate through to the energetic finish. The tasting is off to a seriously great start. 94/Anticipated maturity: 2014-2029.

An explosive, powerful wine, the just-released 2002 Salon is all about intensity. The 2002 is deep and resonant to the core, with fabulous richness and a towering, statuesque personality to match. Readers will need to be patient. Today, it is almost impossibly raw and young. Still, the 2002 is built more on fruit than acidity, so I expect it will always be a relatively exuberant Salon. I can’t wait to see how it ages. 96+/Drinking window: 2017-2042. The 1999 Salon, tasted from magnum, is the first wine in which fresh, primary fruit flavors are replaced by more mature notes. Lemon oil, light honey and chamomile flesh out in a radiant, expressive Champagne loaded with class. Here it is the wine’s texture and breadth that impress above all else. The 1999 is a fabulous transition to the older wines in this tasting, as it is both youthful and complex. 95/Drinking window: 2014-2029. 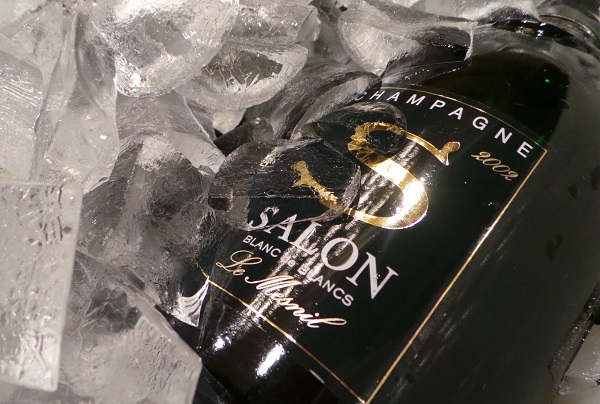 Just being released this year, the 2002 is only the 37th vintage produced at Salon since 1905

The 1997 Salon is wonderfully open and expressive today. Textured and nicely layered on the palate, the 1997 impresses for its resonance and accessibility. I don’t find the visceral thrill of the very best years, but in exchange, the 1997 won’t require years to come together. 95/Drinking window: 2014-2027. Hazelnut, smoke, sage and almond are some of the many nuances that emerge from the 1995 Salon, which is also tasted in magnum. The 1995 takes us a little further into the spectrum of early tertiary notes. Texturally, the 1995 is quite open and accessible. My sense is that the 1995 won’t materially improve from here, but that it may very well hold at this plateau for some time. The 1995 is an excellent choice for near and medium-term drinking. 94/Drinking window: 2014-2024.

Sadly, the 1988 Salon doesn’t live up to expectations. Now fully mature, the 1988 needs to be enjoyed sooner rather than later. This is my second similar experience with the 1988. 89?/Drinking window: 2014. All is forgotten quickly when the 1983 Salon is poured from magnum. Easily one of the very best Champagnes I have ever tasted, the 1983 has it all. Ageless and timeless, the 1983 is pure magic in the glass. Wonderfully complex, toasty aromatics meld into expressive fruit in a Champagne that is both mature and youthful, much like the great white Burgundies of the same era. I only wish every Vinous reader could experience the sheer visceral thrill of the 1983, a life-affirming, utterly magical wine that leaves the room in awe. 98/Drinking window: 2014-2023. 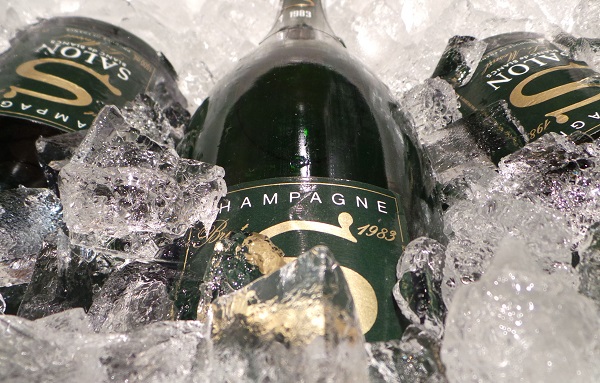 The 1983 Salon, served from magnum, is simply extraordinary

A poignant bookend to this tasting, the 1970 Delamotte Collection, from magnum, is magnificent. Fully mature and expressive, the 1970 shows the uncanny complexity Champagne can develop in bottle. Subtle hints of orange peel, smoke, caramel and hazelnuts linger on the eternal finish. 95/Drinking window: 2014-2024.

Although there are a number of fabulous wines in this tasting, the 1983 Salon and 1970 Delamotte have something more; they are wines that speak to the heart, palate and intellect, which is what places them at the top of the hierarchy of great Champagnes. This year’s Pebble Beach Food & Wine ends on a high. A very big high.