Cédric Bouchard: In the Cellar

The gate opens to reveal a dilapidated villa worthy of a Romantic opera. It is easy to imagine what the building must have looked like in its prime. We are in Landreville, a few kilometers from Celles-sur-Ource, in the Aube. In the middle of nowhere. Literally. An abandoned residence is off to the left, but it is the cellar in the center of the small property that brought Cédric Bouchard to this spot. We descend into the cave through a wobbly freight elevator and it is clear why Bouchard is attracted to his new winery. The cellar is cold. Frigid, actually. Just the way Bouchard likes it. In front of me is Bouchard’s entire library, all the way back to 2000. Just a few bottles of most of his wines. “You choose what you want to taste,” Bouchard says, and he starts preparing the bottles. Every year it is pretty much the same.  Given the tiny production of these wines, I usually focus on those I haven’t tasted in a while. I am curious to see how long I can handle the Siberia-like conditions. But, then again, these wines have a way of channeling my focus. 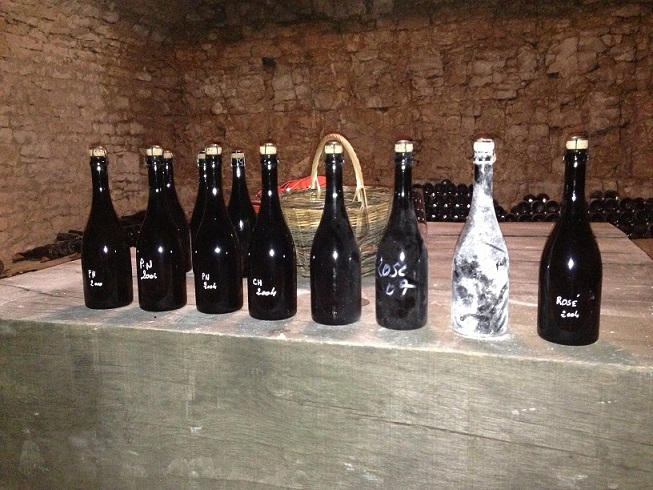 Over the last dozen years, Bouchard has essentially deconstructed Champagne. His wines are single-variety, single-parcel and single-vintage, essentially everything Champagne on a broader scale is not. But it goes beyond that. Bouchard is an atypical winemaker in that he never tastes his Champagnes before they are disgorged and only rarely once they are released. Bouchard idolizes Anselme Selosse, but makes no effort to meet him because he wants to maintain the spirit and emotion of anticipation. Over the last few years, Bouchard has begun spending time in California. I wonder how many Champenois have visited Saxum and Abreu, and can talk about the wines? Not too many, I think. Bouchard’s latest project is a sparkling wine he is making with Bill Wenzlau and Justin Willet from Wenzlau’s vineyard in the Sta. Rita Hills, one of the most promising sites in Santa Barbara. This is Cédric Bouchard.

From a technical perspective, it all starts in the vineyard, where yields are ridiculously low. Farming is as hands-off as is practical. The wines are all made in stainless steel, using indigenous yeasts. The Rosé de Saignée Le Creux d’Enfer, one of Bouchard’s signature wines, is crushed by foot and fermented entirely with stems. The wines are bottled with less pressure than most Champagnes, around 4.5 atmospheres versus the more common 6 or so, which is part of what gives the Bouchard Champagnes their nearly imperceptible bubbles. Some of the early wines were dosed, but today all of the wines are bottled with zero dosage. Although they weren’t a part of this tasting, Bouchard also makes a set of Champagnes under the Inflorescence label that emerge from vineyard sites Bouchard does not control. All of the Roses de Jeanne Champagnes are made from vineyards Bouchard owns and farms himself. Having seen all of those sites, I can say they are truly a wonder to behold. 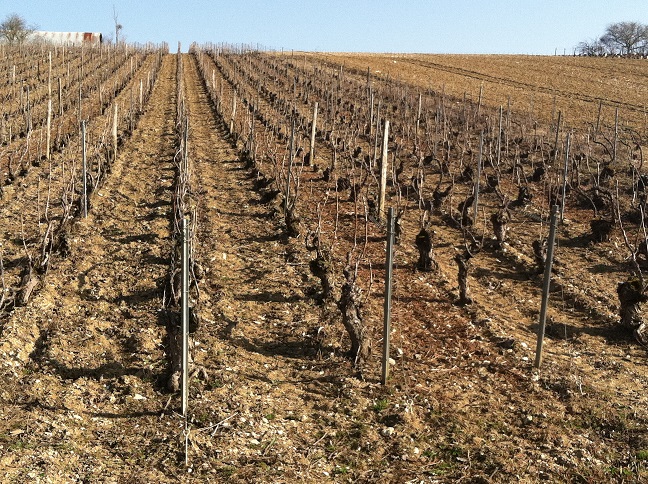 Cédric Bouchard’s Champagnes remain some of the most unique, personal wines being made anywhere in the world. Readers might also enjoy taking a look at this video covering current releases.

An exotic mélange of honey, sage, tobacco, white truffles, licorice and dried pears meld together in the NV (2000) Blanc de Noirs Les Ursules. A wine of striking elegance and purity, the 2000 is drop-dead gorgeous, although I don’t see any additional upside from further cellaring. Still, this is a magnificent first effort from Cédric Bouchard. Readers will want to note that this bottle was disgorged à la volée (with no dosage), but the commercial release was dosed at 6 grams per liter. I include this note only for general reference. Drinking window: 2013-2018. The NV (2001) Blanc de Noirs Les Ursules, from a year with significant rain, is quite a bit leaner than the 2000, but also fresher and brighter in its aromas and flavors. Vibrant, precise and layered, the 2001 is laced with white flowers, almonds and hazelnuts, all supported by lip-smacking acidity. The tension and focus here are simply stunning. Over several hours, the 2001 just kept getting better and better. Dosage was 6 grams per liter. Drinking window: 2013-2019. The NV (2004) Blanc de Noirs Les Ursules is frankly a bit hard to taste after the 2000 and 2001, as it is neither young nor mature, but somewhere in between. Readers are best off giving the 2004 another 2-3 years to fully unwind. Stylistically, the 2004 is closer to the 2001 than the 2000. There is a lot to look forward to for those who can be patient. I am not sure that includes me, however. Drinking window: 2015-2022.

The 2004 Blanc de Blancs La Haute-Lemblée was the first great wine I tasted from Cédric Bouchard. Today, it is just as impressive as it has always been, which is to say drop-dead gorgeous. Still vibrant and viscerally thrilling, the 2004 flows across the palate with seemingly endless layers of tantalizing fruit. Readers still lucky enough to own it (I am down to one bottle) can look forward to another handful of exceptional drinking, maybe more. What a wine! Drinking window: 2013-2020. I have had the 2006 Roses de Jeanne Blanc de Blancs La Bolorée a number of times recently, and it has never failed to deliver the goods. The more time passes, the more I think the Bolorée is Bouchard’s most important wine because of its ability to develop in bottle. Graphite, pencil shavings, anise and white stone fruits all explode from the glass in this powerful Champagne. Each time I taste the 2006, it shows better. How high will it soar? Drinking window: 2013-2026.

I thought the 2007 Rosé de Saignée Le Creux d’Enfer would soften with a few years in bottle, but the opposite happened. The fruit has begun to dry out, leaving a sensation of increasing dryness. In retrospect, the hail of 2007 was simply too much to overcome, even for the meticulous Cédric Bouchard. This is a rare wine from Bouchard that has not lived up to my expectations. Frankly, the 2007 was better upon release. Drinking window: 2013. Pomegranate, sweet tobacco, licorice, red berries and crushed flowers all make an appearance in the 2004 Rosé de Saignée Le Creux d’Enfer. This is one of the more laid-back versions of the Creux d’Enfer. Focus, vibrancy and delineation dominate over volume in this beautifully articulated rosé. Here, too, I don’t think there is any upside in cellaring bottles further. Drinking window: 2013-2014. The 2002 Rosé de Saignée Le Creux d’Enfer remains one of the most haunting, beautiful wines Bouchard has ever made. Still, over the last few years the fruit has begun to fade, robbing the wine of some of its depth. High-tones notes of Mirabelle plums, hard candy, white flowers and passion fruit are layered into the finish. Readers still holding the 2002 will want to finish any remaining bottles sooner rather than later. Drinking window: 2013.