Piedmont fans will find plenty to like in Barbaresco's 2004s and 2005s. Growers heaved a sigh of relief in 2004 after enduring two very hard years in 2003 and 2002. Two thousand five was a bit more challenging, but the best wines have turned out beautifully.

At its best, Piedmont is a place of sensory overload. Between the scents of white truffles, the heady aromatics of Nebbiolo, the amazing food and the breathtaking scenery, Piedmont is almost too much. That’s the way I felt when I spent time in the Langhe towards the end of fall, 2004. The intense perfume of Nebbiolo in various stages of fermentation was utterly captivating. That was my first impression of the 2004 vintage. 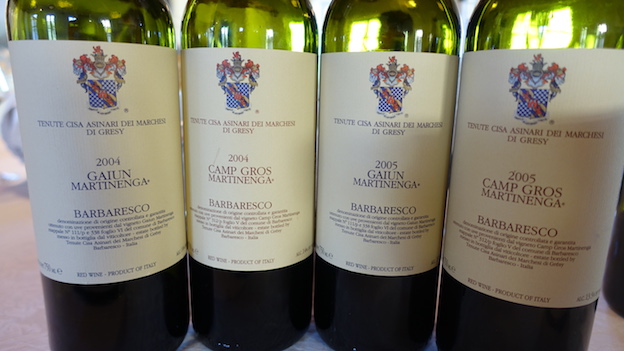 After the torrid 2003, a year with a brutal and unrelenting summer, growers were thrilled with the much less eventful 2004. Vines responded to the more temperate conditions by releasing all of the energy that they had held in store from the previous year and set a huge crop. Keeping yields in check was the major challenge in 2004, a year with moderate temperatures and a classic October harvest. Growers who were diligent with regards to yields were rewarded with silky, perfumed Barbarescos that are outstanding or better, but where producers were a bit less attentive the wines are often a bit weak and lacking in depth.

The 2005s are the product of a much more challenging growing season. Wet conditions during spring caused an irregular flowering and lower yields. Overall, most growers describe 2005 as a cool vintage. The threat of rain from an oncoming major storm system just before harvest caused many producers to pick on the early side, which means many wines have slightly raw tannins. One of the major themes in wine over the last thirty years is a huge increase in average quality around the world. The 2005 Barbarescos (and the Barolos, too) exist because weather forecasting gave growers the tools to make a decision; pick slightly underripe grapes ahead of the rain or wait out the storm to get a little more ripeness with the risk of disease pressure and/or a significant loss of crop. A generation ago, these grapes would have been picked under the rain and overall quality would have been both lower and more variable. In modern times, technology gives producers the ability to make choices. 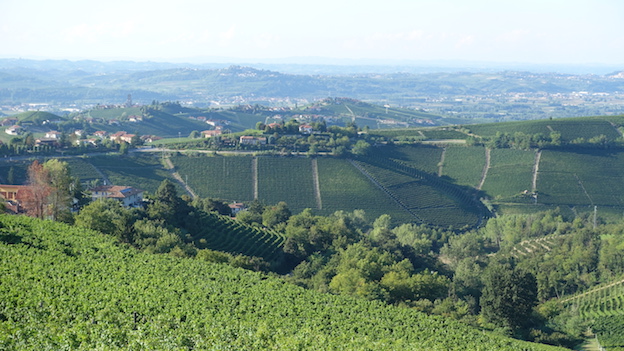 A scenic landscape of Barbaresco

Now, a decade or so later, the wines tell the stories of two very different vintages. The best 2004 Barbarescos are aromatically intense, polished wines with exceptional finesse. But the 2004s can also be lacking in body where yields weren’t kept under control. Broadly speaking, 2004 is a vintage of mid-weight Barbarescos that will drink well over the medium-term. The 2005 Barbarescos, on the other hand, are a bit wild and rough around the edges. Many wines possess raw and angular tannins a good bit of rusticity from the coolish growing season. However, it is entirely possible that the firm beams of tannin and high acidity in so many 2005s will help preserve them over time. Although I do not see 2005 in the same class as 2004 as a vintage, some 2005s will outlive their 2004 counterparts. On paper, 2004 presented more favorable conditions than 2005, but not all growers were able to get the most out of the vintage. For more information on both vintages, readers might want to refer to my original review of the 2005 and 2004 vintages in Barbaresco. 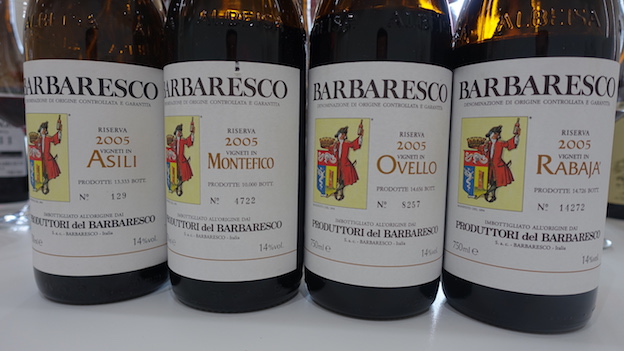 What a Long Strange Trip It Has Been…

One of the most interesting aspects of these tastings is looking back at the stylistic choices growers made a decade ago. In particular, producers often sought greater extraction in the cellar, while French oak, especially new, was much more widely used than it is today. With a few notable exceptions, time has not been kind to Barbarescos aged in a high percentage of new oak, especially in cases where wines lack the underlying depth to handle the oak. Even those wines that have remained intact have limited upside potential at this point.

It may seem hard to believe, but as recently as 12-15 years ago, Nebbiolo-based blends such as La Spinetta’s Pin, Nada’s Seifile, Conterno-Fantino’s Monprà and Rocche dei Manzoni’s Quatr Nas were all the rage in Piedmont. These were the bottles consumers coveted most and that a visitor would see being opened in the region’s best restaurants. How things have changed. At many estates, the 2004 and 2005 Barbarescos mark the end of that cycle and the gradual move towards a greater focus on exalting the purity of Nebbiolo that has put Piedmont on the radar of the world’s most discerning consumers.