As is our custom, we present our annual Barolo coverage in two installments. This article covers recently bottled 2016 Barolos and a number of other late releases that are in the market. Readers will find everything from benchmark producers to lesser-known growers who made some of their best wines ever.

Twenty years ago I lived in Milano, where I was on a corporate expatriate assignment. I spent virtually all of my free time in the Langhe, visiting wineries and tasting as much as I could. Those early trips led to the creation of Piedmont Report in late 2003/early 2004. As we went to press this week, I could not help thinking how much has changed since then. I often hear from readers who are disappointed by the rapid escalation of prices and dwindling allocations of some of Piedmont’s most sought-after wines. It’s understandable. This phenomenon, which has only existed for the last 10-15 years, is one of the big changes in Piedmont. When I started spending time in the region, scheduling visits was easy. Producers routinely opened their entire range. All but one or two high scoring wines were available to purchase, in quantity, and it was not unusual for growers to give visitors a bottle of wine as a souvenir. A good friend of mine who has been at this longer than I have tells stories of visiting with Giovanni Conterno and leaving with a magnum of Monfortino as a gift! Let’s just say things are different these days.

In looking at the producers featured in this report, as well as those covered earlier in my article 2016 Barolo: Right Place, Right Time, I am once again struck by how many of them either did not exist or have made massive strides in quality since then. Diego Conterno, Trediberri and Benevelli are among those that fit into the first category, while Barale, Poderi e Cantine Oddero and Fratelli Alessandria are part of the latter group. All of these growers make wines that offer superb quality and value. In short, I believe there has never been a more exciting time to explore Piedmont. The numbers bear that out. Once a few last late releases appear next year, I will have reviewed more Barolos in 2016 than in any other previous vintage, and that is before taking into account a few estates I have not gotten to yet and several dozen wines that did not merit inclusion in this report.

Readers will be seeing an increasing number of ‘Comune’ Barolo bottlings popping up. These are the Piedmontese equivalent of village wines, so Barolos from a single village. (More on that in a second). Some producers have taken their entry-level Barolo ‘classico’ or ‘normale’ (for lack of a better term) and moved them into Comune designation, while others have introduced a new wine in between their entry-level Barolo and their single vineyard offerings. The Comune Barolos are an important and much needed step in defining the personality of each village, first and foremost, in the mind of the consumer. As with all things Italian, the system is not perfect. At present, regulations allow a 15% of wine from another village to be blended into a Comune Barolo. Obviously this has to move to 100% for the designation to have any real meaning, but these wines are certainly a step in the right direction. 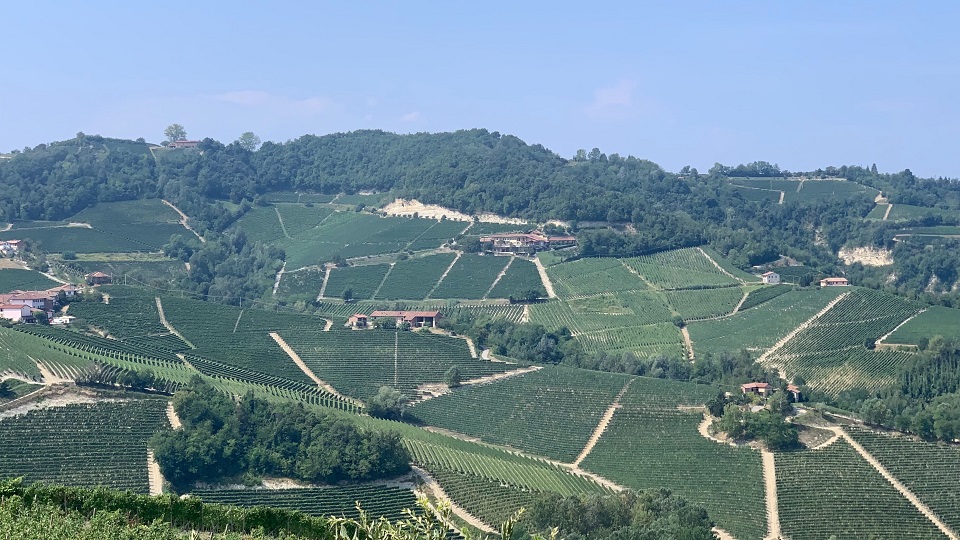 Stunning views of Monforte as seen from Serralunga.

Once again, I was deeply impressed with the Barolos of Serralunga. For many decades, Serralunga was not as well known as the other main Barolo villages. It’s largest landowner, Fontanafredda, made wines of little distinction. The most iconic wines – Giacomo Conterno’s Monfortino, Gaja’s Sperss and Bruno Giacosa’s Collina Rionda and Le Rocche del Falletto – were made by producers who were based outside the village. Cappellano was always a world unto itself, leaving Massolino as the only real producer in town of real note. Fast forward to today, and things are so different. Roberto Conterno bought parcels in Cerretta and essentially all of Arione, bringing further attention to Serralunga, while Monfortino has joined the elite of the world’s most sought after, collectible wines. Cappellano’s Barolos, once easy to buy, are now impossible to find. The Gaja family has moved Sperss back into the Barolo appellation. These days Serralunga is teeming with growers who are making the best wines of their careers. Sergio Germano, Massolino, Davide Rosso, Giampaolo Pira, Guido Porro and Vajra (with Baudana) immediately come to mind, and others who are new, emerging or turning a corner, such as Luigi Vico, La Briccolina, Schiavenza and Pio Cesare. Serralunga also benefits from what was a diligent approach to mapping its vineyards such that the plots are relatively small (Monforte being the diametric opposite), which gives the wines an unquestionably stronger link to the land.

So, Where Does 2016 Rank Among the Great Vintages?

There is no question 2016 is a brilliant vintage full of magnificent wines. But where does it rank compared to other great years? This is the question I get most often. In my view, 2016 does not quite reach the stratospheric peaks of 2013 or 2010, but, and it is a big BUT, the average quality of wines is higher, so the likelihood of finding a beautiful Barolo in 2016 is correspondingly greater. Based on 20+ years of tasting young Barolo vintages, my view is that 2016 is one of the most consistently outstanding vintages I have come across. It is simply hard to go wrong with Barolo in 2016.

As I have written before, weather conditions were extremely favorable. Readers will find a complete look at the growing season along with a framework I have been developing to define what exactly constitutes a ‘great’ vintage in 2016 Barolo: Right Place, Right Time Place. Ultimately, though, the single most important factor that drives the strength of the vintage is the number of growers who have upped their game over the last decade. At the risk of sounding like a broken record, there has never been a more exciting time to explore Piedmont, and in particular, to discover some of the lesser known growers in this year’s coverage who won’t remain under the radar for long.

I tasted all of the wines in this report in my home office in New York in September and October 2020.