Two thousand and eighteen remains a mixed vintage that reflects the challenges of a growing season marked by heavy spring rains, intense summer heat and unbalanced weather during the final phase of ripening. There are some gorgeous 2018s out there, but finding them will take a bit of work. The best 2018s are beautifully perfumed, mid-weight Barolos that will drink well early.

This report focuses mostly on late 2018 Barolo releases. Readers who want to learn more about the growing season and the events that shaped the vintage might want to revisit my article The Enigma of 2018 Barolo, published earlier this year. In short, my general view of 2018 has not changed. This is a chaotic vintage marked by tremendous heterogeneity in both styles and overall quality caused by problematic conditions throughout the growing season. 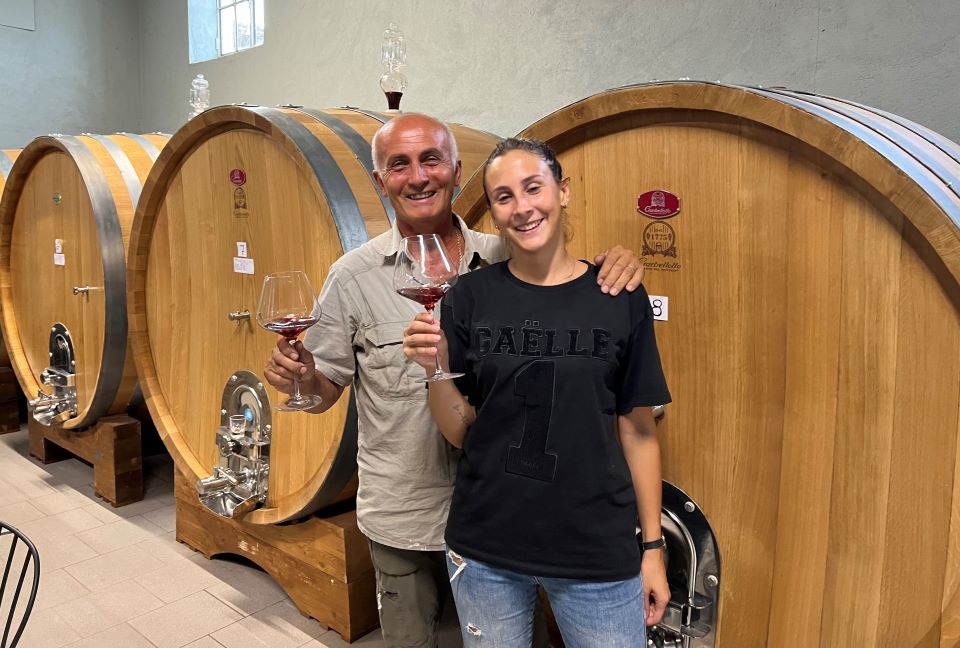 Bruno and Alice Pressenda at their Ca’ di Press winery in Perno.

Leaving the 2018s aside for a moment, this is an exciting time to be exploring the wines of Piedmont. Sure, some labels have ascended into the stratosphere in terms of pricing, but they remain anomalies. In my view, average quality across the region has never been higher. As I looked over the producers featured in this article, I could not help but notice how many are making better wines than ever before, even with 2018 thrown into the mix. The emergence of new estates has injected a level of youthful energy and enthusiasm that has not been seen since the early 1990s, when the modernist movement was starting to take off. Lastly, thus far Piedmont has been a net beneficiary of climate change as witnessed by the greater frequency of good to great vintages.

It wasn’t always that way. In fact, all of this has happened only within the last 25 years or so. One of the highlights of my youth was the annual family vacation I took with my parents and sister. My parents worked brutal hours building their business. But every year they took a few weeks off. Most years we travelled to Italy. Naturally, the priority was visiting relatives. Once that was arranged, my sister and I took turns choosing a new destination to explore. She is the intellectual, so she took us places like Rome and Florence. Me, not so much. I mean, I appreciate the art cities, of course, but I wanted to eat and drink. So, when it was my turn we headed straight to Emilia-Romagna and Piedmont.

In 1997, we traveled to Piedmont, a region I had wanted to visit for years. I already loved the wines, the mystique of Nebbiolo and all the history around it. We stayed in a small farmhouse in the hills outside Canelli, in the heart of Moscato country. Each day we ventured to a new village. I was hooked. By 2000 I was living in Italy and spending much of my free time in the Langhe. That was just twenty years ago, nothing, and yet Piedmont was such a different place than it is today. 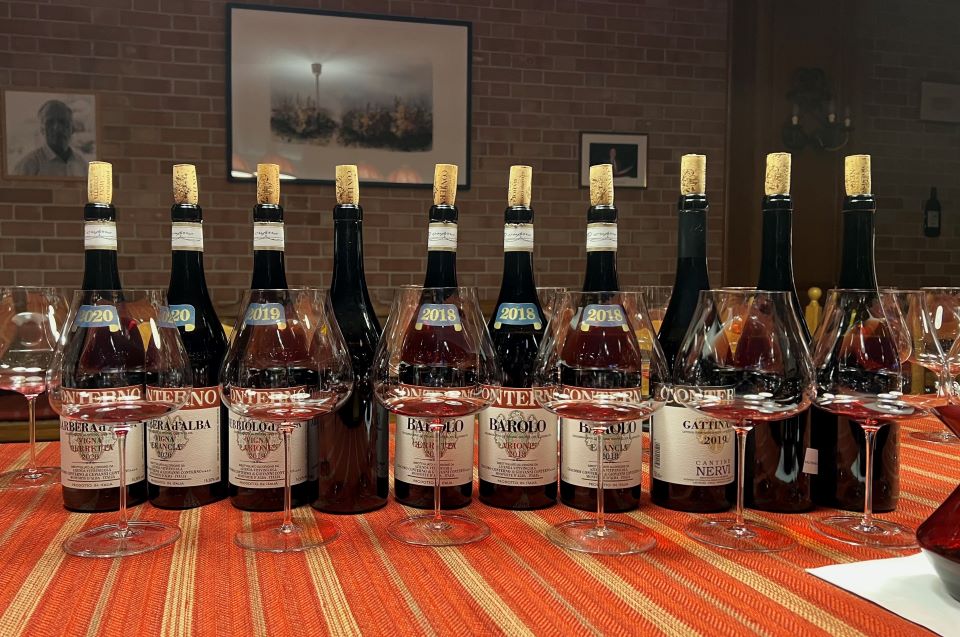 This year’s new releases for Giacomo Conterno and Conterno-Nervi.

The wine press, both domestic and international, was almost exclusively focused on wines from the 'modern' school. These were the wines that won all the awards, while wines from more 'traditional' producers were largely ignored, including pretty much all the names that are so coveted today. The press took great delight in creating a fictitious drama between these two schools of winemaking and their leading exponents. The conflict between the modernists and traditionalists was always exaggerated, but it certainly made for a good show.

A curious oenophile visiting Piedmont at the time would have surely been struck by the differences in the wines. There were plenty of traditionally made wines marred by dirty cellars and old barrels, but also a raft of overoaked, overextracted Barolos that in the end did not age well. There was no such thing as allocated wines. Well, that is not exactly true. The allocated wines were the Nebbiolo-based blends that were all the rage back then. Barolo was a tough sell. Readers might find it hard to believe, but buying wine was easy back then, either at wineries or in local shops. Everything was available.

Today, the excesses of the past have been largely addressed, Piedmont has experienced a number of stellar vintages, and across the board, the wines are better than ever. It’s an exciting time. 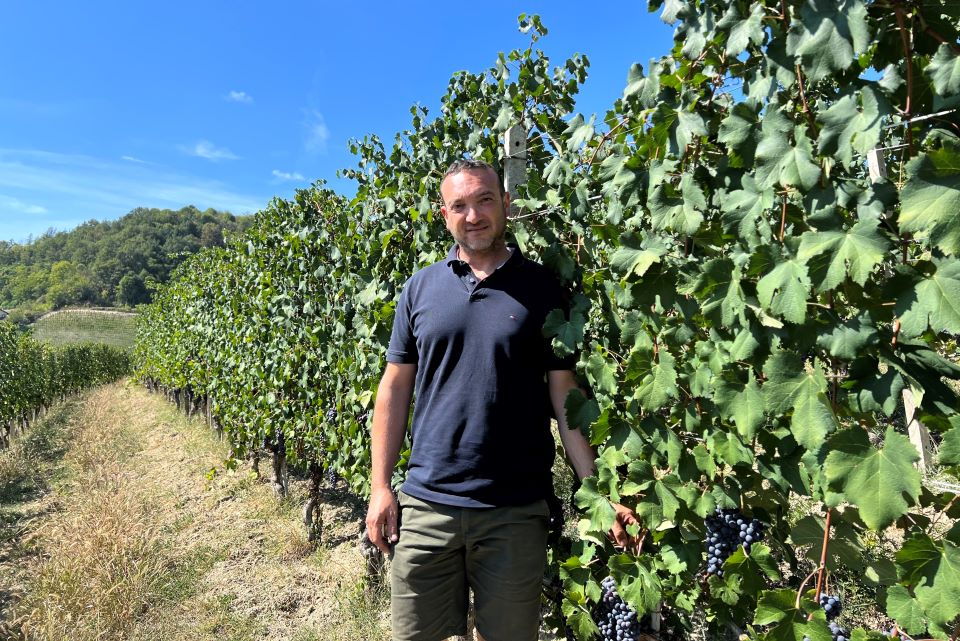 Massimo Benevelli in his vineyards at Le Coste just prior to the 2022 harvest.

More recently, a handful of wines have become objects of speculation. When that happens long time supporters are priced out, which leads to some pretty strong negative emotional sentiment. Fair enough. At the same time though, it is impossible to ignore how many beautiful and delicious wines are being made in Piedmont today.

As I write this, in October 2022, signs point to a period of prolonged economic weakness. Whether that plays out or not is not entirely clear yet, but the probability of such a scenario is unquestionably increasing. Moreover, the number of potential geopolitical crises around the world that have reached a tipping point creates a great deal of uncertainty.

The fine wine market has historically been quite resilient, especially at the top end, where prices remain robust for the most coveted wines. Even so, early indications point to shifting buying patterns as consumers, restaurants and the wine industry act as they do in these moments, which is trade down to more affordable substitutes. My distinct impression is that we are at the beginning of this shift. I also expect that the subset of wines considered highly collectible will narrow to focus on just the very best names, la crème de la crème.

This set of circumstances, while perhaps unsettling on a larger scale, creates a tremendous opportunity for the savvy consumer who can look beyond the most coveted labels. There is an ocean of terrific wine out there, including the finest 2018 Barolos, many of which will be available at favorable pricing over the next 12-18 months or more. Although this article focuses on Barolo, readers will also want to give serious consideration to the finest 2019 and 2020 Barbarescos, wines that I will be discussing in an upcoming report. Stated simply, it’s a great time to be a buyer. 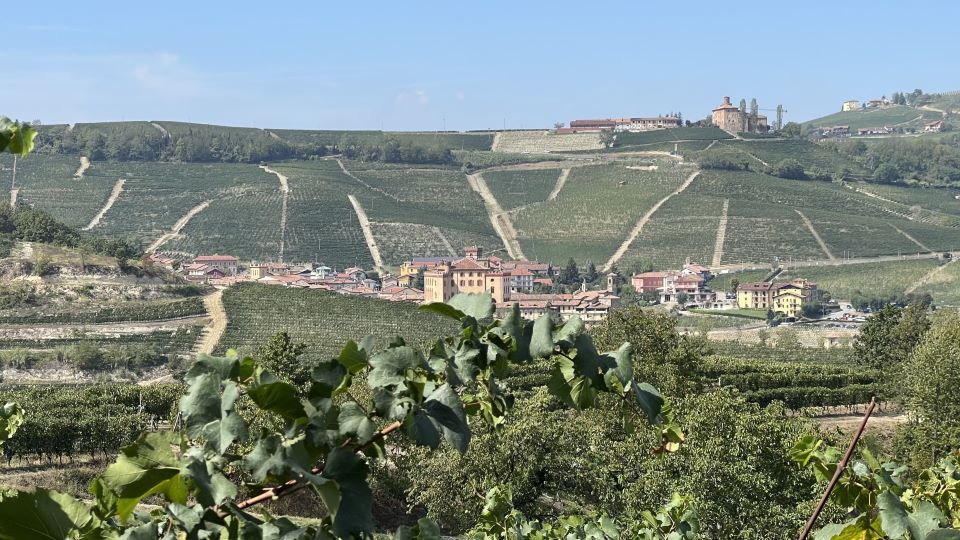 A view of the Castello Comunale Falletti di Barolo and the Barolo town center as seen from Bussia.

I tasted all the wines in this article during a visit to Piedmont in September 2022.