This week we turn our attention to Guido Ristorante, one of the very finest restaurants in all of Piedmont. After the passing of their father, Guido and the subsequent closing of the family’s historic restaurant (detailed in last week’s Vinous Table), brothers Ugo and Piero Alciati moved to the University of Gastronomic Sciences at Pollenzo for a time before opening Guido Ristorante in the Villa Reale, one of the historic villas within the Fontanafredda complex. These are rooms where King Vittorio Emanuele II and his wife Rosa Vercellana, known as La Bella Rosina, once entertained their guests. Ugo dials up refined versions of the classics, while Piero runs the front of the house in his own very charming but laidback style. This recent dinner was absolutely phenomenal. 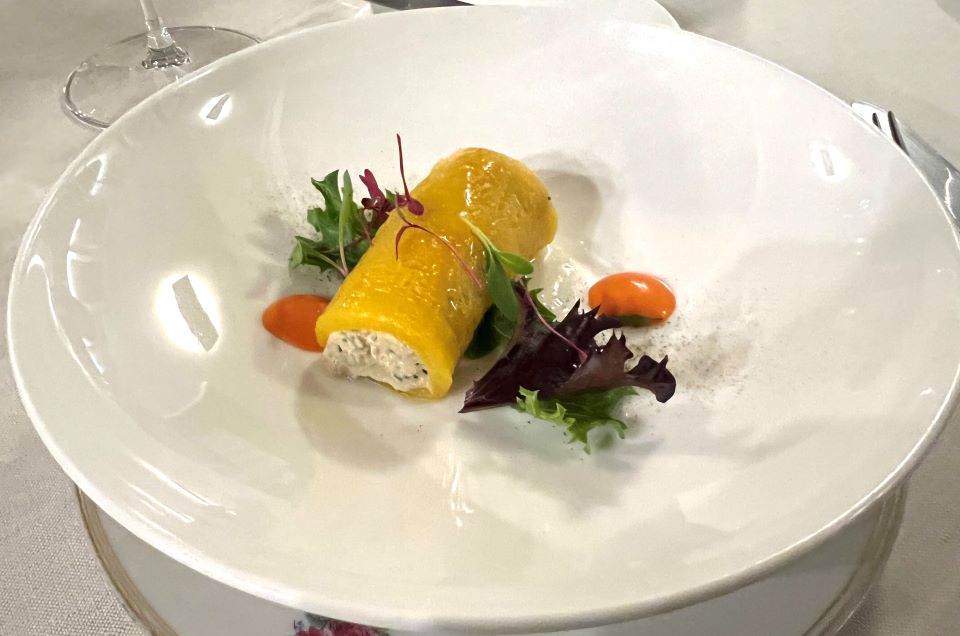 We were greeted with a modern take on a classic, peppers stuffed with tuna. That might sound and even look simple, but the dish, well, it was an explosion of flavors. What a great start. The poached egg was divine, served with a light cream of potatoes and finished with white truffles. Yes, 2022 has not been a great year for truffles, but as my former boss Bob Parker used to say, “There is no such thing as a bad truffle!!” Well, these truffles were just fine, thank you, as was the entire dish. Sublime. 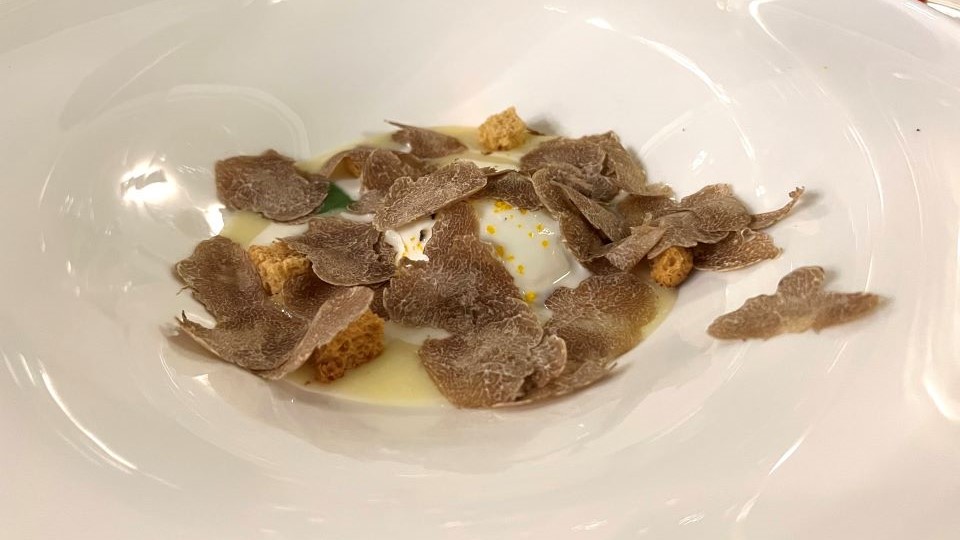 A few years ago, one of our readers asked Roberto Conterno at La Festa del Barolo who made the best agnolotti al plin in Piedmont. The room turned quiet. “How is he going to respond?” everyone wondered. Of course, the answer was diplomatic. But it made me think how much fun it would be to try all the different interpretations until I realized that would be futile. There are many superb versions, including Guido’s. The agnolotti here, presented in two versions, very lightly sauced and then in the super-classic, no-seasoning al tovagliolo version, were to die for. Had I not eaten pretty much relentlessly for the preceding three days, I would have surely ordered another portion, maybe two. 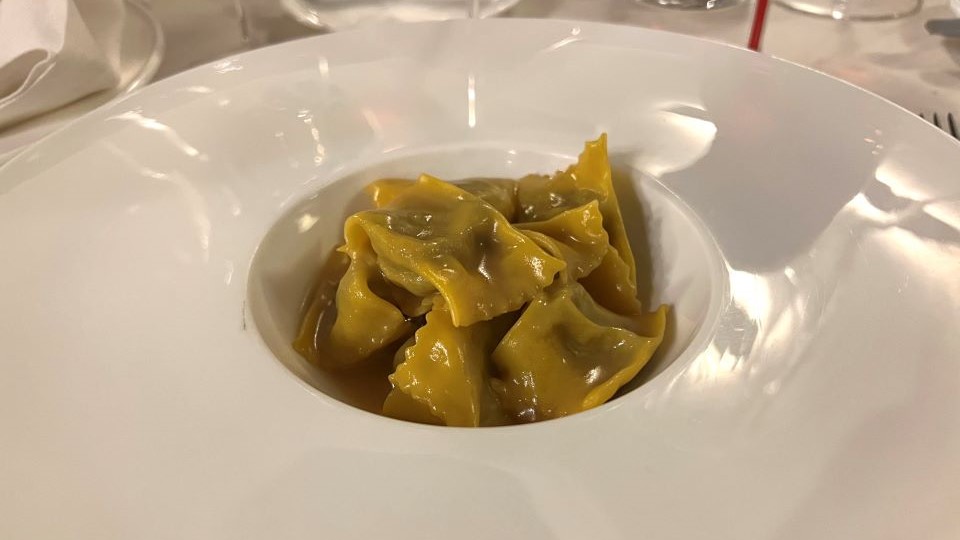 Next, I picked up another ‘pro’ trick from my dear friend Il Professore, who requested the chicken broth the agnolotti had been cooked in. What a brilliant idea. A few minutes later, the broth appeared in a beautiful teapot. It was deep, flavorful and also remarkably light. Perfect for a cold, fall Piedmont night.

The braised veal cheek main course was to die for. No knife was needed, as the meat was so tender. It was a brilliant dish for wine. Speaking of which, we had some tremendous bottles. 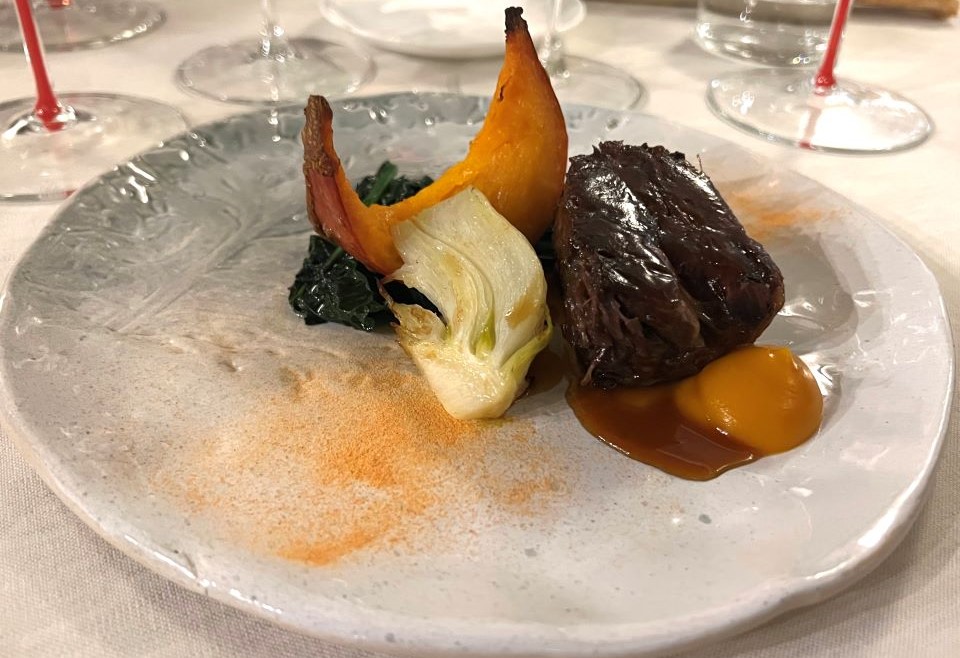 After a long day of tasting young Barolo, I craved Champagne. There is a sort of symbiotic relationship between Champagne and Piedmont that I can’t really explain, except to say I enjoy it tremendously. The growers really seem to be on the same wavelength in so many ways, so when I saw Jérôme Prévost's NV Les Béguines I grabbed it. Open-knit and so expressive, the Béguines (2019 disgorgement) is wonderfully fresh. Sometimes I think we open these wines too soon after release, I know I do. But with a few years on the cork, the Béguines offers up pear, spice, ginger and dried flowers, all with notable freshness and verve.

After having the 1990 Barolo Pianpolvere from Riccardo Fenocchio a few days before, we turned our attention to the 1989. A bruising, old-school Barolo, the 1989 does not have the immediacy or charm of the 1990. It needs a few hours to blow off some funk, but when it does, the fireworks go off. From magnum, the 1989 is dark, virile and explosive. It’s the sort of wine I could spend the entire evening with. This is a perfect bottle, or magnum, to be exact. 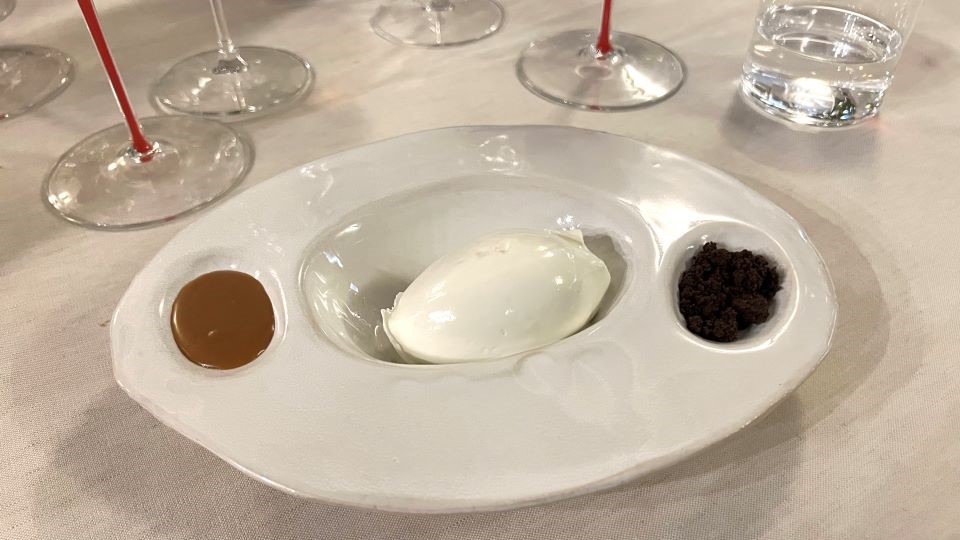 Mauro Mascarello’s 1979 Barolo Vigna Rionda is a curious one-off. It emerges from the same parcel that Bruno Giacosa sourced for his epic Riondas before and after. That year though, Giacosa hesitated. Mascarello swooped in and walked away with the fruit. I remember Mascarello telling me that he was initially quite concerned, as the wine was very light. Ultimately, it came together very well. Today, the 1979 is a potent, brooding, fully mature Barolo. While it does not possess the mesmerizing inner perfume of the best Riondas, the 1979 is still quite deep and expressive. It won’t get better from here, so any remaining bottles need to be enjoyed.

Last but not least was the Rinaldi’s 1990 Barolo Riserva Selezionata Brunata, which we drank from an antique 1.9L bottiglione. This hand-blown, large bottle was once sold to private customers with the idea that they would fill two standard bottles on their own and have a little left for sediment. Back in the day, Beppe Rinaldi would occasionally sell these, but only on the condition that the glass was returned once the wine had been drunk. No, I don’t think he gave them back re-filled! In any event, the wine was spectacular. And I mean Spectacular. Nineteen ninety was an epic vintage. In many ways, it was the first vintage that attracted the widespread attention of American consumers, as the wines were unusually open and flamboyant. The Rinaldi is all that, but it is also deep and marvelously complex, with tons of Brunate dark fruit mixed with balsamic overtones. Readers lucky enough to own it can look forward to another two decades of exceptional drinking. 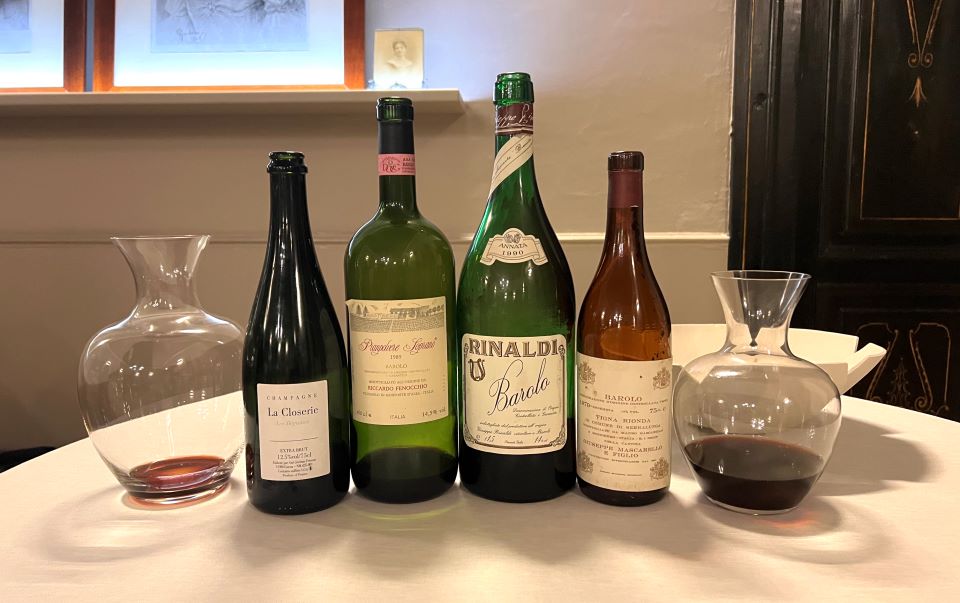 Dinner wrapped up with Guido’s ice cream, finished at the table. This has become a standard dessert in several local restaurants, but Guido made it famous. Caramel sauce and chocolate cookie crumble are perfect accompaniments. Sweet, but not too sweet.

Guido Ristorante remains one of my very favorite spots in Piedmont. Food, service and hospitality are absolutely top-notch. The dining rooms are gorgeous, and tables are set far apart, adding to the relaxed vibe. Guido’s list is remarkably well-priced for a restaurant of this level. The small space makes Guido one of the hardest reservations to get. Booking well in advance is a must to avoid disappointment.