Walking through the pedestrianized heart of Saint-Jean-de-Luz in the early evening, it is obvious that restaurants are doing a roaring trade, as tourists migrate from sandy beaches to nest on tables for tapas and sangria. The town is bustling. However, upon arriving at Xaya, I find it eerily empty, clearly thumbing its nose at the lucrative post-sunbathing brigade. I am politely asked to return later. Fast-forward an hour, and Xaya is not only completely full but turning away diners who foolishly did not reserve a coveted table.

Why the clamor? Why did one man almost get on his knees to beg a reservation that night?

The answer was soon found on the plate. 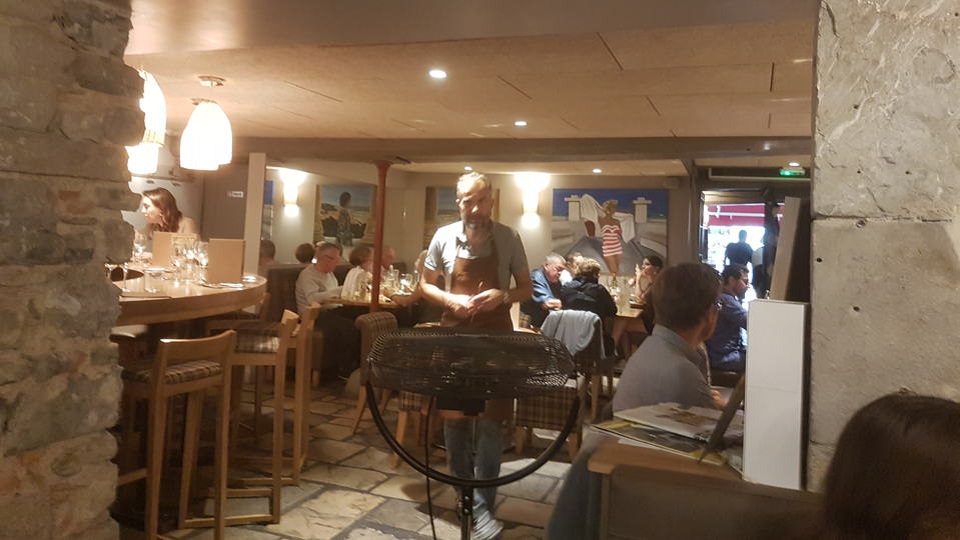 Frédéric Grobost working away in his excellent restaurant

Xaya, apparently pronounced "chai” in the Basque language, is run by Frédéric Grobost, the gentleman who asked me to return later, preferably when the restaurant’s doors opened. The exterior is rather innocuous in appearance, with just a small sign and claret-colored awning bearing its name. You could easy walk past the doors. The interior is larger than suggested by the understated facade, though Xaya is not huge, with perhaps 40 covers. On the night of my visit, I felt that the three hard-working waiting staff could have benefited from an extra pair of hands. They did make a couple of mistakes, not least cancelling the starters when in fact I ordered them first while deciding on the mains to make sure we kept within our allotted two-hour sitting. This resulted in our eating mains before starters, which, oddly enough, worked quite well. 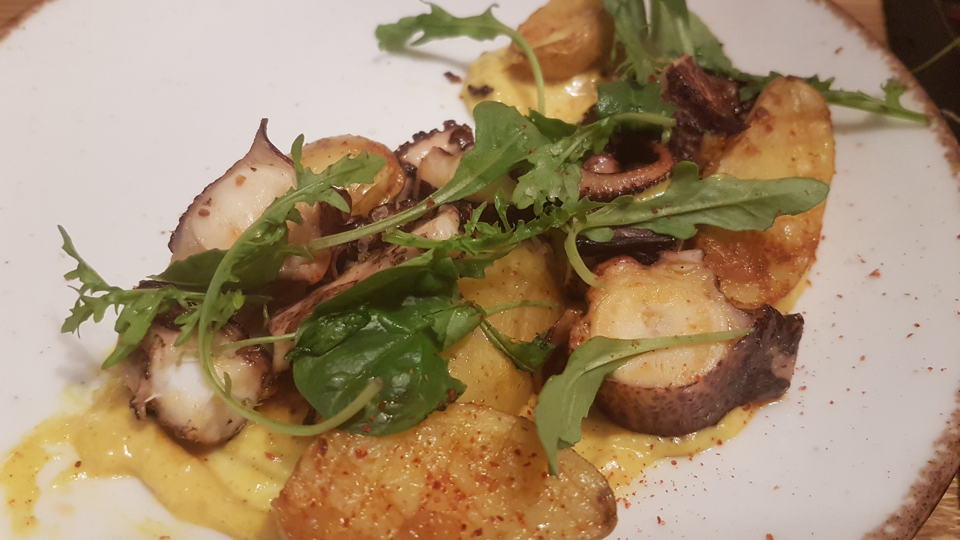 Probably the best octopus I ate in the Pays Basque

I start my description with those three shared starter plates. Each was utterly divine. First was the octopus served with roast potato and parsley, accompanied by a saffron and pepper sauce. Wow! Having consumed some of the finest octopus known to mankind in Tokyo, I am Mr. Persnickety when it comes to the old pulpo. This was perfectly cooked and seasoned, a little chewy but not rubbery in the slightest. The sauce was fabulous, made from pimentón de la Vera from Cáceres, sweet Spanish paprika, and, I suspect, a little saffron. 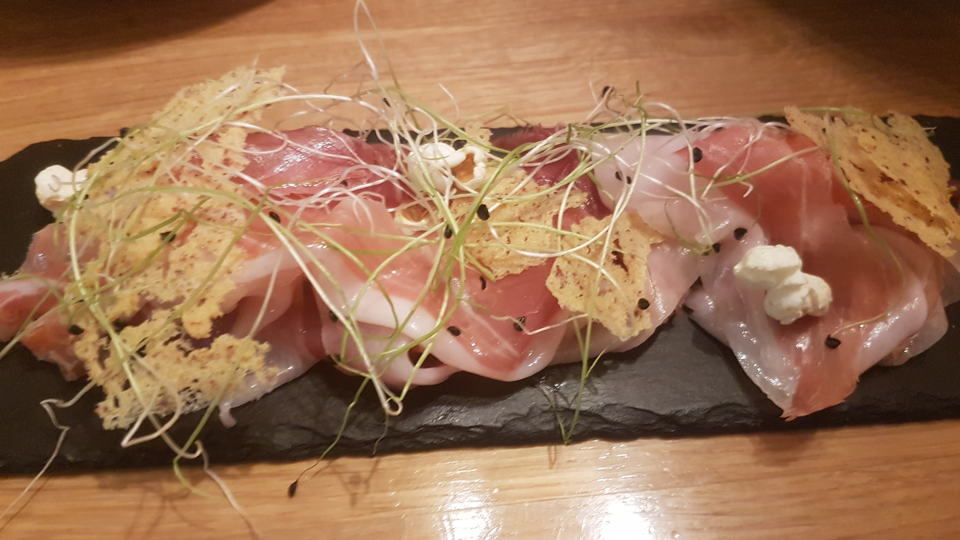 Kintoa ham actually has its own PDO. Ours was aged for 26 months by Christian Aguerre, whose family in the village of Itxaso have farmed the land since the 1600s. This wafer-thin ham was as good as any Ibérico I’ve ever eaten, slightly nutty in flavor, its glistening fat melting on the tongue. 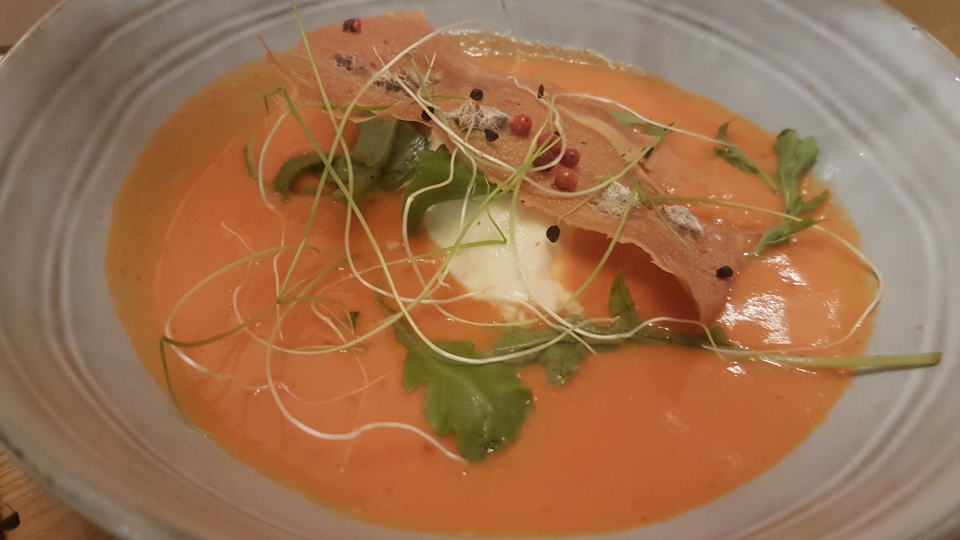 Best of all was a sublime gazpacho en salmorejo. Spanish friends can correct me, but I understand that salmorejo differs from gazpacho in the sense that this Andalusian dish contains bread and less veg, plus it is served in a bowl rather than a glass. I will put it on record: this is the best gazpacho/salmorejo I have ever eaten. 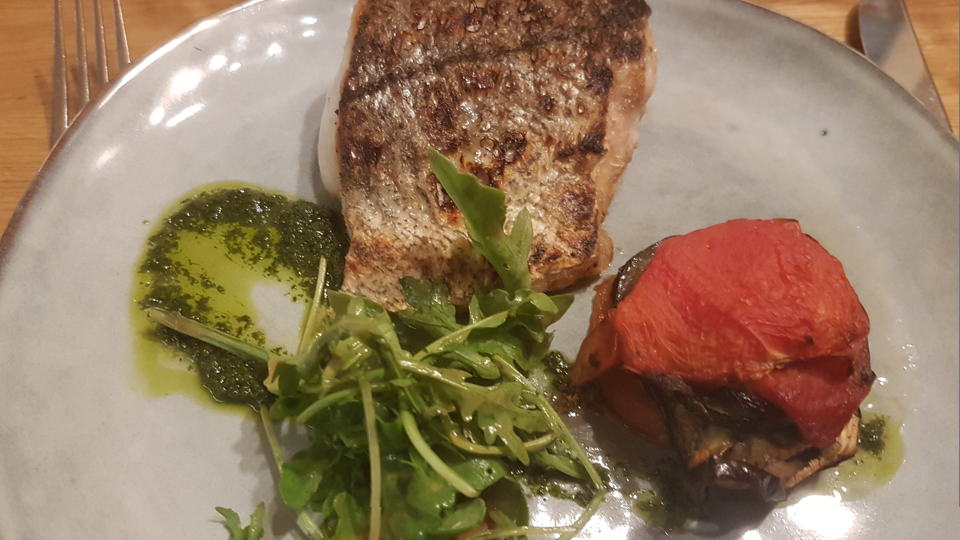 The hake was cooked to perfection...

For mains, we chose fish, even though the meat dishes looked outstanding. The hake was cooked to perfection, flaky on the inside with a crispy skin, and judiciously seasoned. It needed no accoutrements, no fancy sauce or foam; the fish toute seule was enough. It came with a baked tomato and aubergine, the former with a natural sweetness that you can only find in the Mediterranean, served with a smear of salsa verde and fresh rocket leaves. So simple, but executed with such care and detail that I could not fault it. 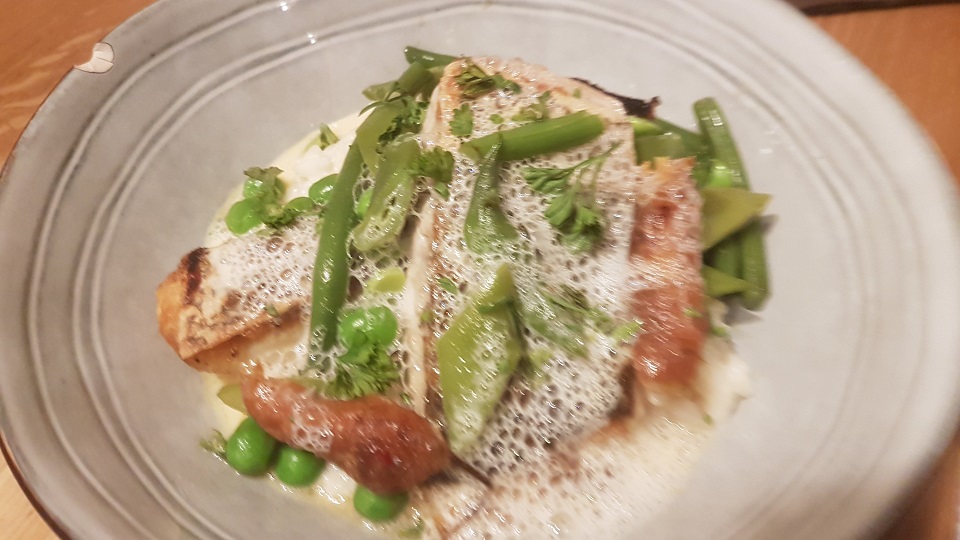 ...likewise the croaker with bouillon and summer risotto

Alongside we enjoyed line-caught croaker or maigre, served with a summer risotto and bouillon. This dish was comparatively richer and probably less beneficial for the waistline than the hake, but utterly seductive and dangerously more-ish.

To finish, we opted for the pêche rôti with lavender and a mascarpone emulsion. This was one dish that did not quite match the description, the peaches less rôti than I imagined, albeit delicious, with more Chantilly cream and ice cream than expected.

The wine list would benefit from more adventurous fare, and is brief considering the exceptional quality of food. It leaned too much toward classic French regions, and there was a dearth of choice from Irouléguy. In the end I took a punt on a local natural wine made in Saint-Jean-de-Luz. The Erlaitza Chardonnay from Egiategia far surpassed expectations. It comes from vines planted in 2009 on an exposed ledge on the Basque coast near Urrugne and comprises the first three vintages, 2011, 2012 and 2015. The bouquet offers honeysuckle, candle wax and caramelized peach on the well-defined nose, a subtle nuttiness loitering in the background. The palate is fresh and well balanced, underpinned by pitch-perfect acidity and tangy lemongrass and marmalade notes on the finish. I appreciated that it did not overtly taste of a natural wine, unlike many where philosophy seems to be more important than flavor. It is just a delicious wine that happens to be made naturally. I suspect that it is only sold locally, but it is well worth ordering. 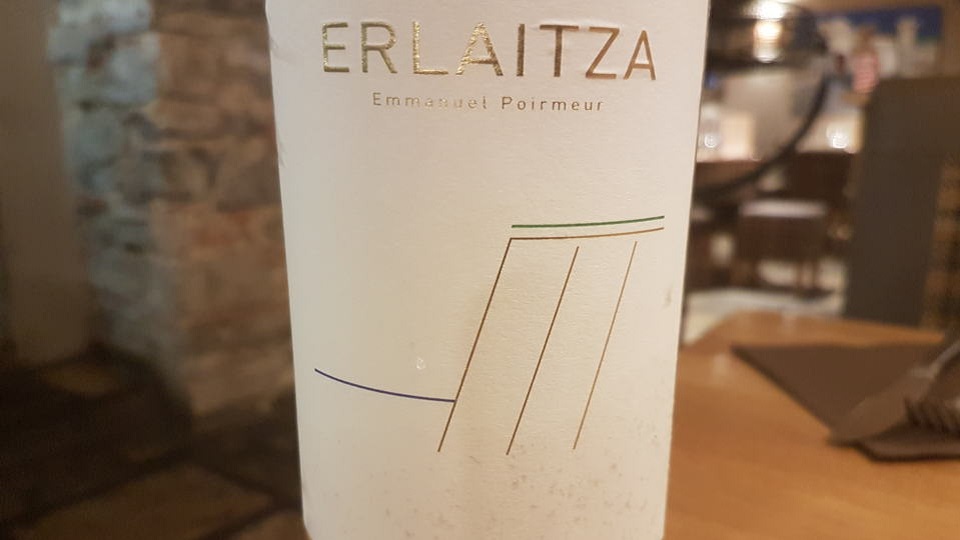 It is not often I deliberately choose a natural wine, but this Erlaitza Chardonnay was a little gem

I had no regrets dining at either Zoko Moko or Xaya, but the latter is the one I would return to in a flash. Unlike Zoko Moko, there is nothing at Xaya that I could improve upon. It was faultless. And while Zoko Moko is clearly fancier in its presentation and ingredients, possibly with one eye on what would be the town’s only Michelin star, it seems self-aware of its ambition. By comparison, Xaya is disarmingly unpretentious, almost oblivious to the quality of its own dishes, and that is a virtue I really admire. It made Xaya’s cuisine natural and effortless, putting you at ease. Zoko Moko expected me to come away impressed. Xaya just took pride in its comparatively more straightforward dishes, and rightly so.

If you are taking a vacation in Biarritz or Saint-Jean-de-Luz, make a reservation at Xaya. One mouthful is all it takes to understand why their tables are in such demand. The set dinner is a bargain at €35 per head, though such is the quality of cooking that I recommend you dine à la carte and eat exactly what you are in the mood for.