Roast Cornish cod with clam, crisp potato and a clam and chervil sauce

Post-pandemic, assuming the worst is in the rearview mirror, the fine dining scene in London is acclimatising to the new normal. Starved gourmands are flocking back. So far, I have noticed two major changes. Firstly, the six-day per week opening has been replaced by a four-day week: Wednesday to Saturday. That is partly because of difficulties recruiting skilled staff that migrated back to their homelands post-Brexit. The knock-on effect is significant price-hikes. A few years back, dinner at a top restaurant cost £70 to £90 per head. Now I am getting accustomed to £150-£180 per head, which makes dinner for two the equivalent of a bottle of Bourgogne Rouge. Apart from having to make ends meet while opening for fewer days, overheads continue to skyrocket; one successful restauranteur recently lamenting that his fuel bill had increased £10,000 per annum, before events in the Ukraine threaten to push prices further.

Consequently, I am seeking fine dining away from London, at establishments such as Artichoke in Amersham. Located just outside the M25, Amersham’s rural setting belies the fact that it is connected to the London Underground, its station is the furthest from the capital’s heart. Artichoke is in Old Amersham in a central thoroughfare lined with quaint brick buildings of varied time-induced wonkiness. Oft-used for films and TV, the hotel where I stayed appears in “Four Weddings and a Funeral” where Hugh Grant finally gets that romantic kiss with Andie MacDowell. 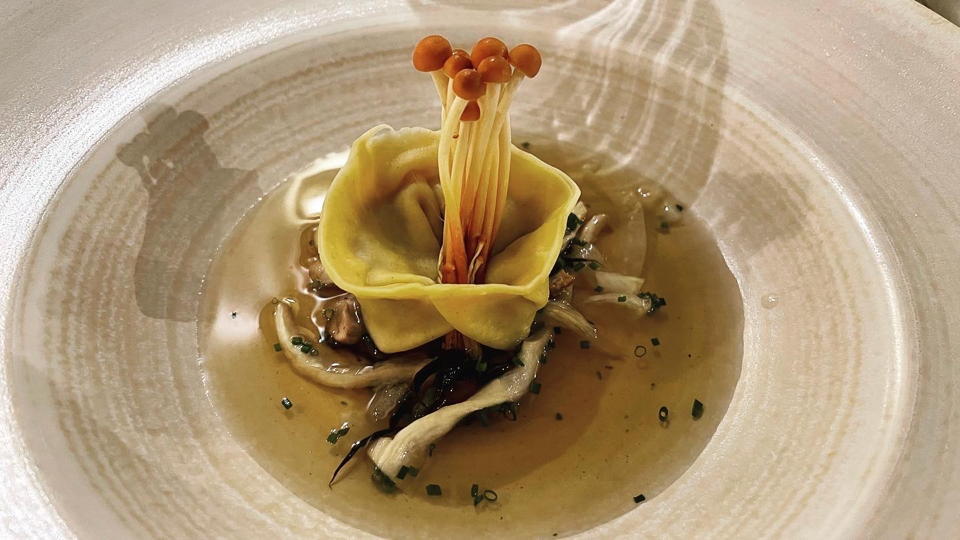 Artichoke opened its doors in 2002 and was extended in 2011. The dining room is set in a 16th century Grade 2-listed building that has been tastefully modernised, with a decor is quite similar to Parson’s Table, split into two halves, one side with an open Pass for a bit of theatre. The cosy countryside ambiance gives that soothing feeling of getting away from urban hustle and bustle. Artichoke follows another trend of a single evening tasting menu instead of à la carte, though a vegetarian alternative is offered, both priced at £95 per head.

The execution and presentation of every dish from Chef patron is Laurie Ger, head chef Chris Chegwin and their team, was exemplary. Themed around modern European cuisine with seasonal ingredients, each course conveyed a sense of confidence in the kitchen: supremely well-matched ingredients, ingenuity in terms of combination, nuanced flavours and balance. Like many dietary-conscientious menus, meat dishes play a supporting role, just one solitary dish amongst nine, and in retrospect, I might have swapped it for a vegetarian or fish dish. You exit Artichoke well-fed, but not stuffed. 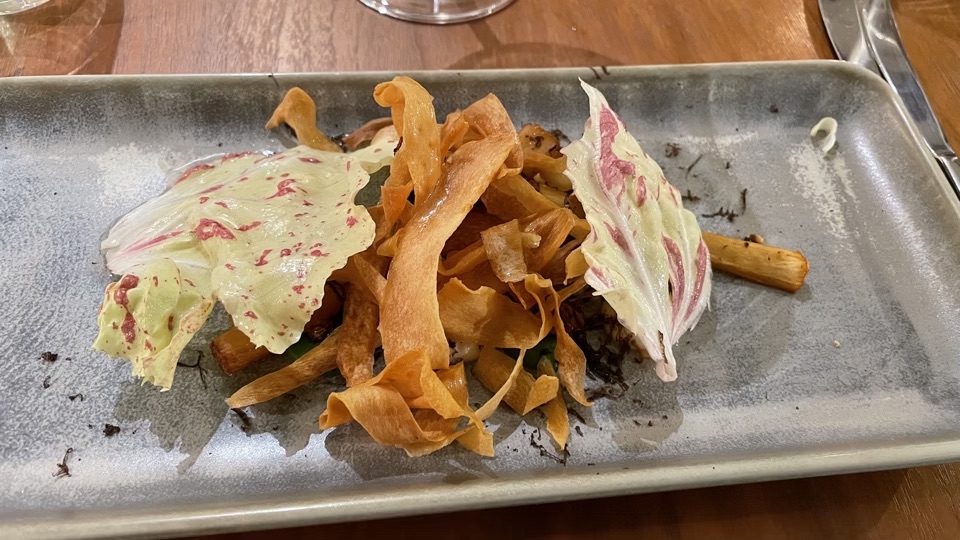 The humble bread and butter opener is always an accurate measure of the standard to follow, and here, the black ale bread with malt vinegar butter was wonderful. The bread was moist, gooey and packed with flavour. Following a perfectly seasoned celeriac velouté, the mushroom tortellino with shaved fennel, golden enoki and wood ear mushroom was the first knockout dish, the waiter ceremoniously pouring in the mushroom broth. The fungi were nuanced yet focused in flavour, the broth clear and graciously choosing not to overwhelm the tortellino that was delicate and fine. I already love enoki and now I have discovered that golden enoki are even more delicious.

The winter vegetable salad that consisted of roasted salsify, watercress emulsion, Mrs. Kirkham’s cheese, candied walnuts, walnut dressing and Castelfranco upped the game even further. This is a stunning combination, light in weight but intense in flavour, the salsify perfectly cooked and crisp, the walnut dressing and crunchy Castelfranco lending just a subtle acrid note to keep this complex dish balanced. 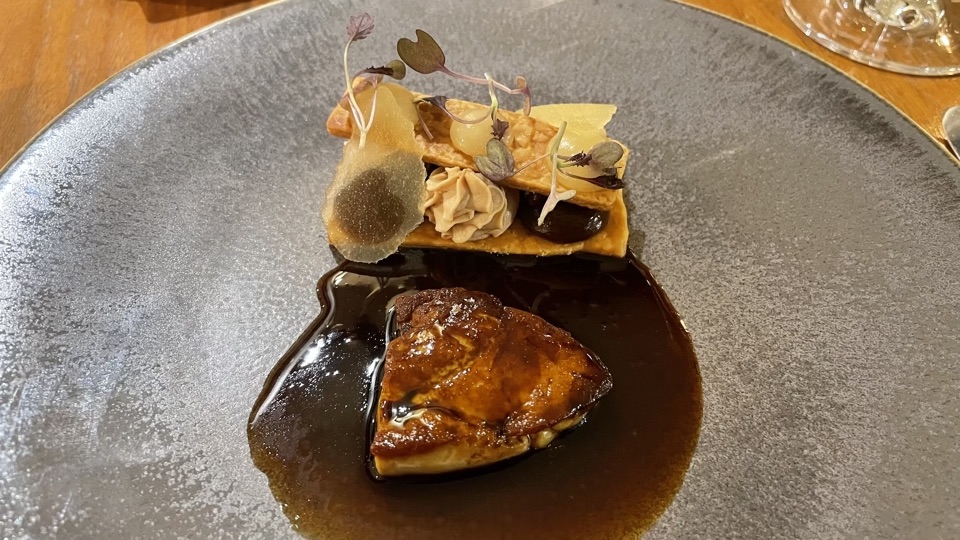 The pan-fried duck liver with a red wine sauce was the most calorific, yet again the chef’s light touch came through, the sauce not excessively reduced as I occasionally find. This dish was exquisitely decorated and offered an enticing combination of textures.

Roast Cornish cod with clam, crisp potato and a clam and chervil sauce was outstanding. The fish was moist and flaky, its skin removed to form a separate crisp, the clam and chervil sauce with just enough bite without overpowering the plate. Simple but effective. The Goosnagh duck breast with duck leg croquette, leek purée and blood orange was perhaps the only course that felt could have been improved. For me, the duck just needed a little more flavour, and whilst I appreciate the blood orange, it just missed the subtle execution elsewhere. Mrs. M chose more wisely - her Hereford fillet of beef with Roscoff onion was pink and exquisitely seasoned. 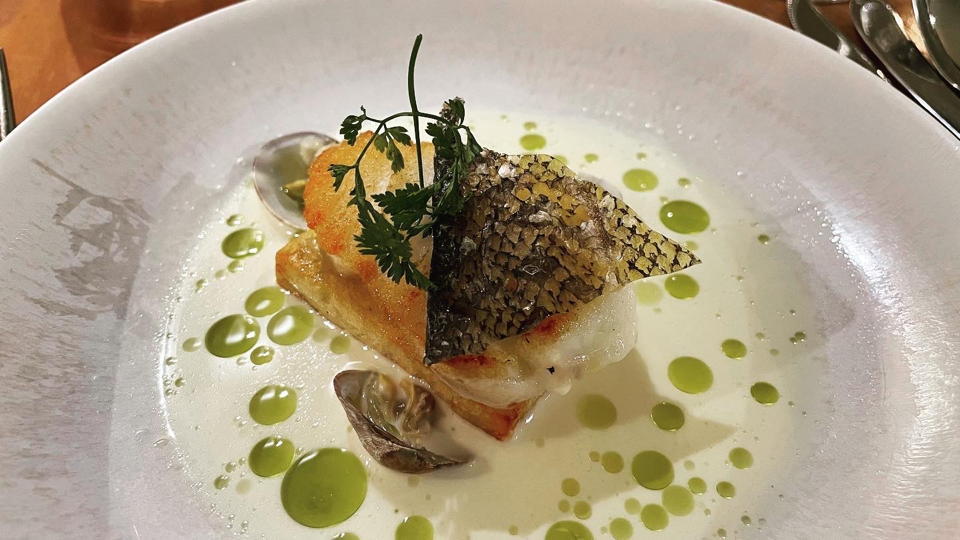 Roast Cornish cod with clam, crisp potato and a clam and chervil sauce

To finish, I was unable to resist the apple tarte Tatin with Somerset apple brandy caramel and buttermilk ice cream. This was excellent, perhaps without quite the refinement of the very best that I have encountered, just a little heaviness apropos the tart. Again, Mrs. M chose the better option - her chocolate and cherry delice was mouth-wateringly delicious. Finishing off with petit fours, we ordered fresh mint tea. Whoops. It came out like boiled water with a suggestion of mint. I summoned the waiter back and asked them to throw in more fresh mint, which they duly did. 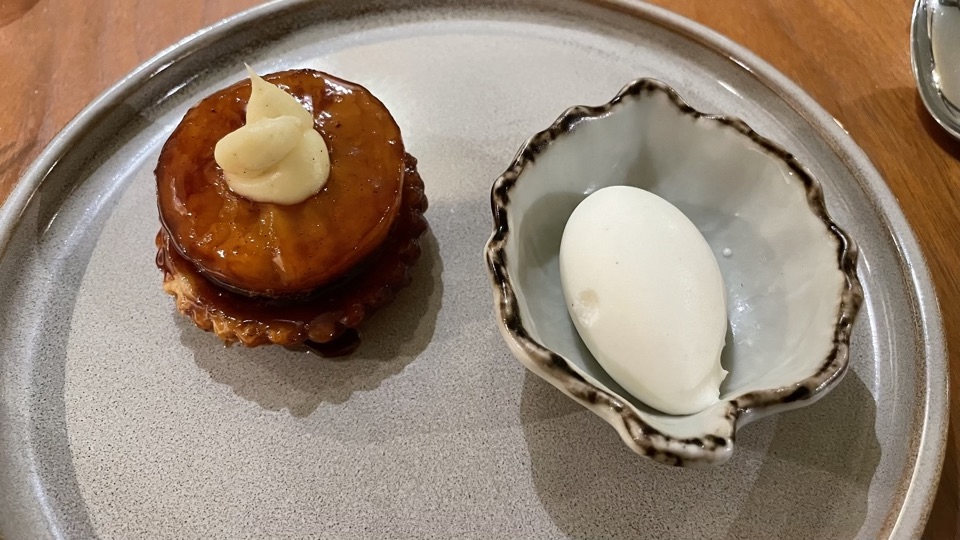 The wine list is fairly comprehensive, one could argue just a bit conservative. Prices for the classic regions are not inexpensive. When paying a three-figure sum for a Deuxième Vin, well, you know exactly why Bordeaux is no longer the vin de choix. I was tempted by an intriguing wine-pairing menu, though I am always concerned about the freshness of bottles as they are plundered by various tables.

So, we began with a NV Brut Réserve from Charles Heidsieck. I am a big fan of this champagne house, and this delivered with a lovely baked bread, slightly leesy bouquet that was well-defined and evolved a light orange rind scent with aeration. The palate has pleasing weight, a mouth-filling sparkler with an attractive brioche-tinged finish. I chose the 2020 Muscadet-sur-lie from Château de la Ragotière because in a previous life I exported this producer’s wine to Japan. To be honest, at first it felt a little monotone and lacked the saline character, that Atlantic tang I look for in a Muscadet. However, it did improve and developed more tension and salinity as it responded to aeration. 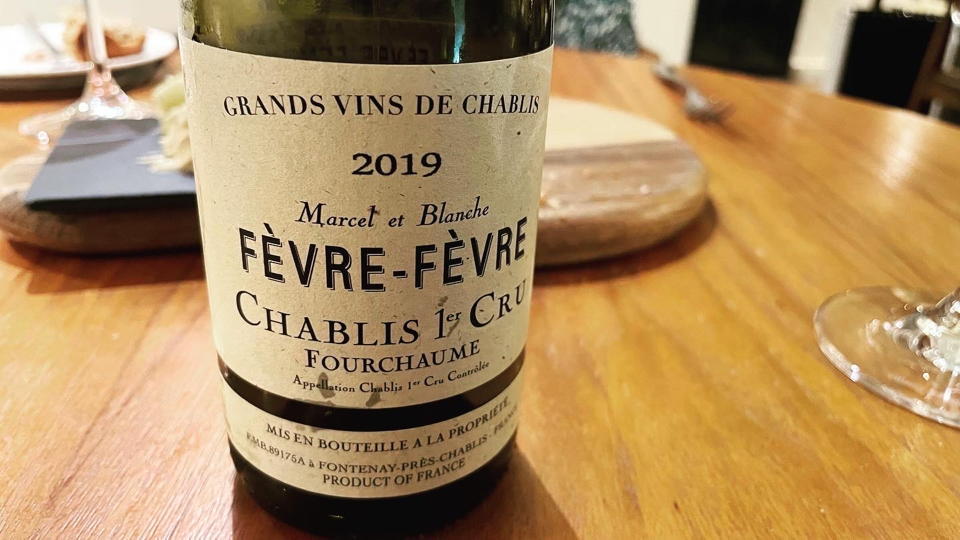 The 2019 Chablis Fourchaume 1er Cru from Domaine Nathalie Fèvre is superb. It delivers respectable salinity on the nose with just a touch of green olive, quite focused and delineated. The palate is tensile with a fine bead of acidity, not a million miles away from Domaine Gilbert Picq in style. A steely finish is commendable given the warmth that year. The highlight of the dinner?

The 2016 Syrah from Lismore Estate Vineyards, Samantha O’Keefe’s Greyton-based vineyard, is a no-brainer choice, intrigued to examine a vintage with age. It is maturing beautifully. Elegant and refined on the nose, it evokes Côte-Rôtie just as it did in its youth, hints of Provençal herbs coming through with time. The palate contains pure raspberry preserve mixed with incense and fennel, lightly spiced and quite persistent on the finish. You can drink this now but it will cruise along nicely over the next decade. 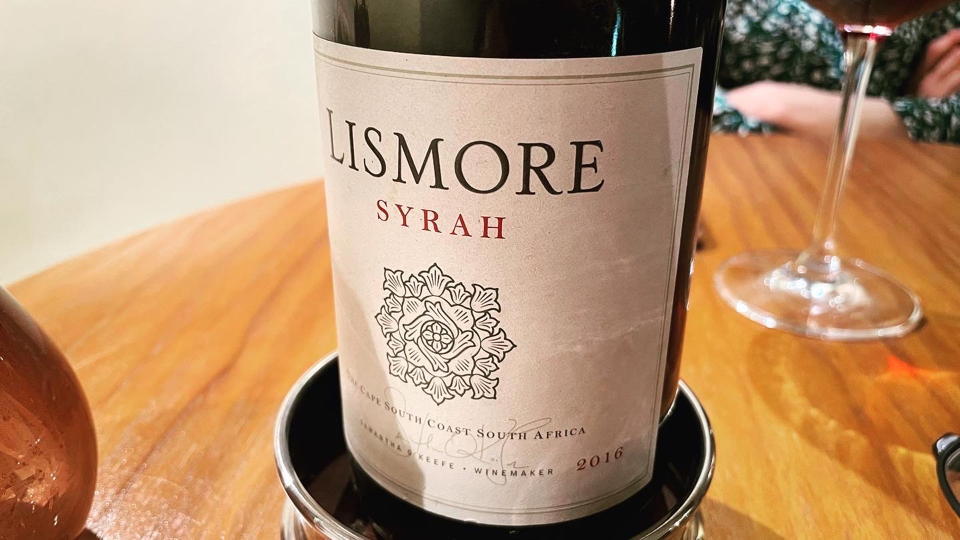 Overall, Artichoke delivers where it matters – on the plate. Though I might quibble at one or two of the dishes, three or four dishes were exquisite, while the balance of the multi-course menu was nigh perfect, each dish complementing the other and with diversity to keep the palate alert from the moment you slather butter onto bread to the point where you resist temptation to lick the dessert plate clean. If you fancy dining outside the capital but do not fancy driving too far, then Artichoke is more or less on your doorstep. You could even take the tube there, even if that might be a long journey.

I wonder if bumbling Hugh Grant took Andie MacDowell to Artichoke for dinner to celebrate their blossoming relationship after their famous kiss? I like to think that he would have done the decent thing.