It’s great to see New York back at its customary pace following a very challenging period, especially for restaurants. This recent dinner at Union Square Café was truly invigorating. Plus it was great to just be out with friends again. 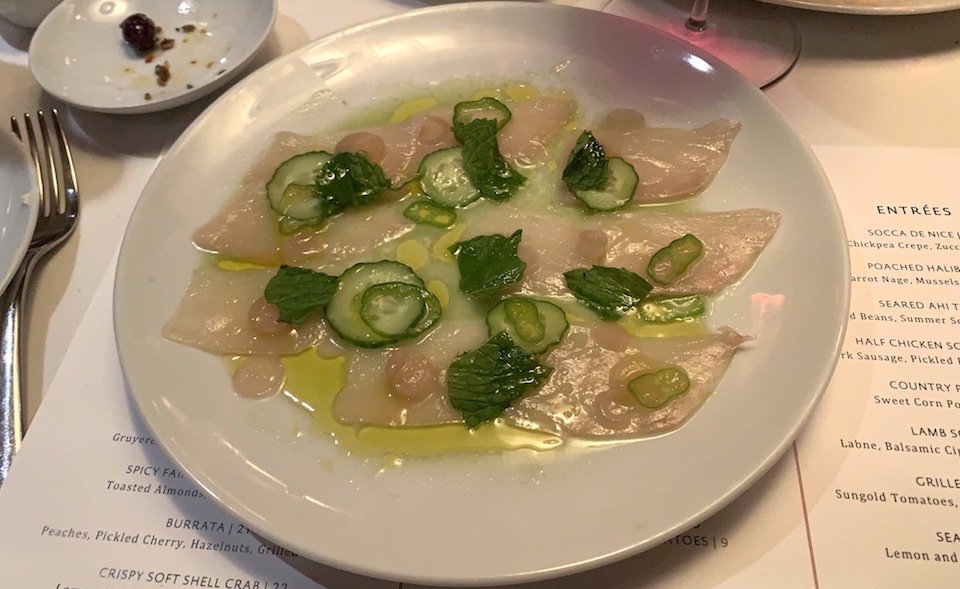 Danny Meyer has been a trailblazer for decades. He opened the original Union Square Café 1985, in what was then a drab part of town that was on no one’s radar. Meyer was one of the pioneers of what is now known as farm-to-table cooking. His success in helping revitalize Union Square was so spectacular that it became one of the trendiest neighborhoods in New York. So much so that rents reached untenable levels when the time came for Meyer to renew the lease at Union Square Café,  prompting a move to another location a few blocks north. In the meantime, Meyer created Shake Shack, now a billion dollar publicly traded fast casual burger joint. He was also the most vocal restaurateur in New York to try to openly address the vast wage inequalities that exist in the hospitality industry by eliminating tips and including flat service charges in prices. That turned out be unsustainable in this period of re-opening, but the challenges remain and will almost certainly need to be looked at again in the future. More recently, Meyer became the first restaurateur in New York to insist on COVID vaccinations for all guests and workers. Not surprisingly, many establishments followed in quick order. But these things are pretty well known. 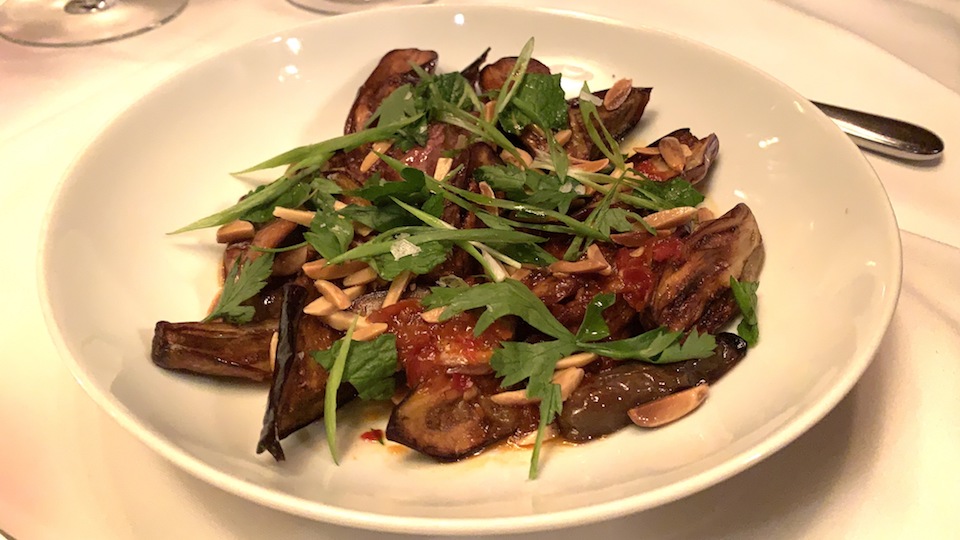 What readers may not know is that Danny Meyer also loves wine. His restaurants have long had extensive lists filled with all the top artisan estates wine geeks crave, and he has done that while maintaining prices that are extremely consumer friendly.

For example, Maialino, which has not yet reopened (but will once its host hotel reopens), has a staggering list of Italian wines, including older vintages, that will thrill even the most demanding palate, all at prices that are remarkably approachable, especially by New York standards. 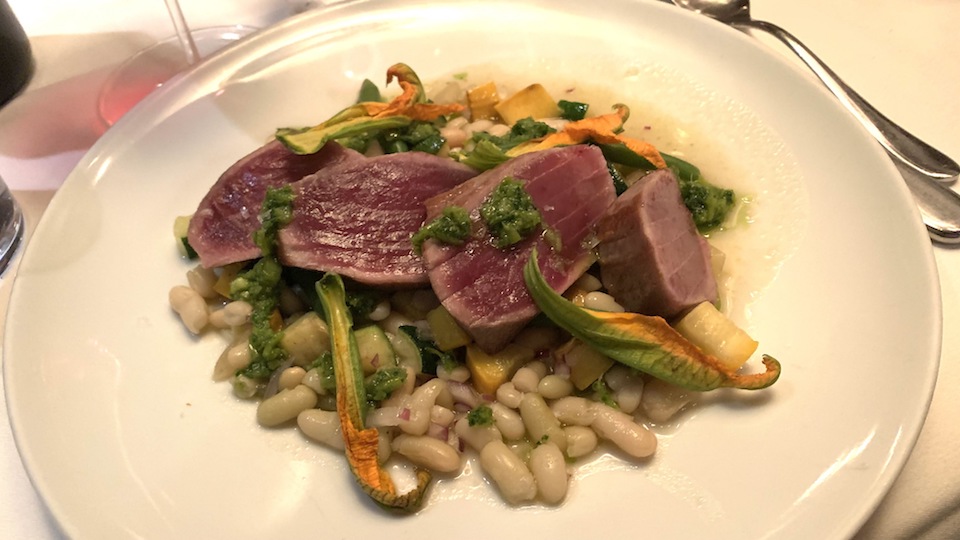 Andrea Morris’s list at Union Square Café is full of gems. The Champagne section alone is fabulous. The focus is on growers and hard to find, small production bottlings, which makes this list an absolute delight for Champagne lovers. The selection is also peppered with a smattering of older vintages, including a number of choices from Bordeaux and Tuscany. These aren’t necessarily the most famous names, but rather wines that are more accessible in terms of pricing. Probably the greatest depth is in California Cabernet. The representation of Santa Cruz Mountains wines is especially strong for a region that is still under the radar. In Napa Valley, the list includes multiple vintages of Beringer Private Reserve, Chappellet, Corison, Dalle Valle, Dunn and Shafer, culminating with an eye-popping selection of older vintages from Heitz. If you want the 1968, it’s there. 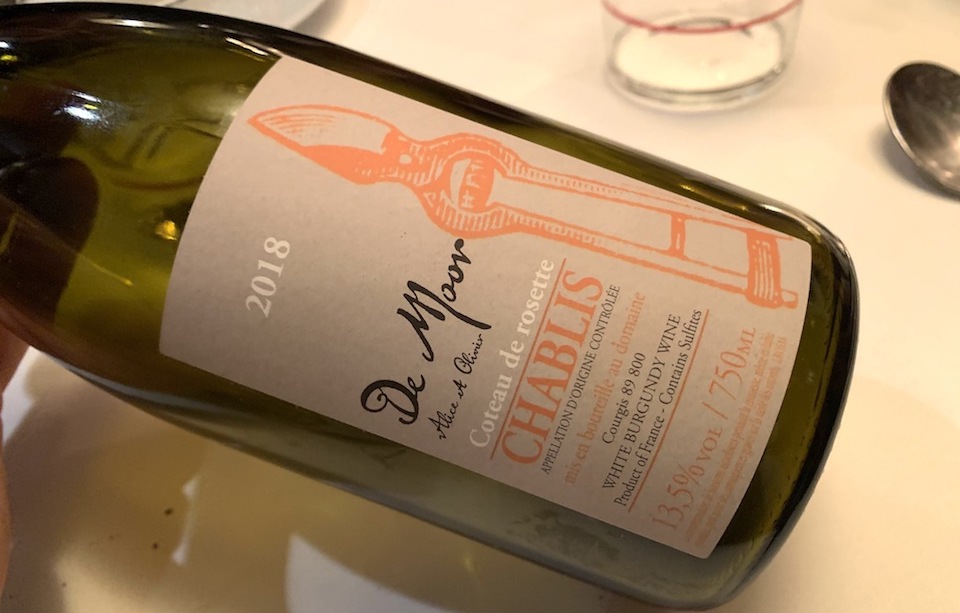 When eating out, rather than spend hours looking at the list and annoying my friends, I try to zoom in on what is unique about it. What don’t I usually see? That is often what I order. Immediately I spot wines from Alice and Olivier De Moor. Done.

Of all the regions I no longer cover, Chablis is the one I miss most. A visit to the De Moor cellars is always memorable. The winery is housed below the De Moors’ home in a series of interconnected buildings, a sort of maze that involves numerous twists and turns and a fair bit of ducking to avoid hitting low ceilings.

For years the De Moors have farmed organically. Meticulous attention to detail results in wines that regularly outperformed their village-level status. Premier crus are only a recent addition here. Stylistically, these are very much artisan wines made in the vineyard and with minimal intervention in the cellar. They are also richer than the leaner style often favored in Chablis and certainly far more complex than most wines.

The 2018 Chablis Coteau de Rosette is initially a rather ample reflection of a warm growing season. After about an hour though, the wine’s underlying minerality starts to emerge, and it becomes much more interesting. I am not usually a fan of decanting, but as I have gotten older, I have started to decant whites, almost always. In retrospect, I wish we had done that here, as the Coteau de Rosette was radically different after an hour than it was upon opening. The problem with great wines is that they disappear at the table, which is exactly what happened here. The Coteau de Rosette is gorgeous, especially for a village-level offering. But it needs air to be at its most expressive. 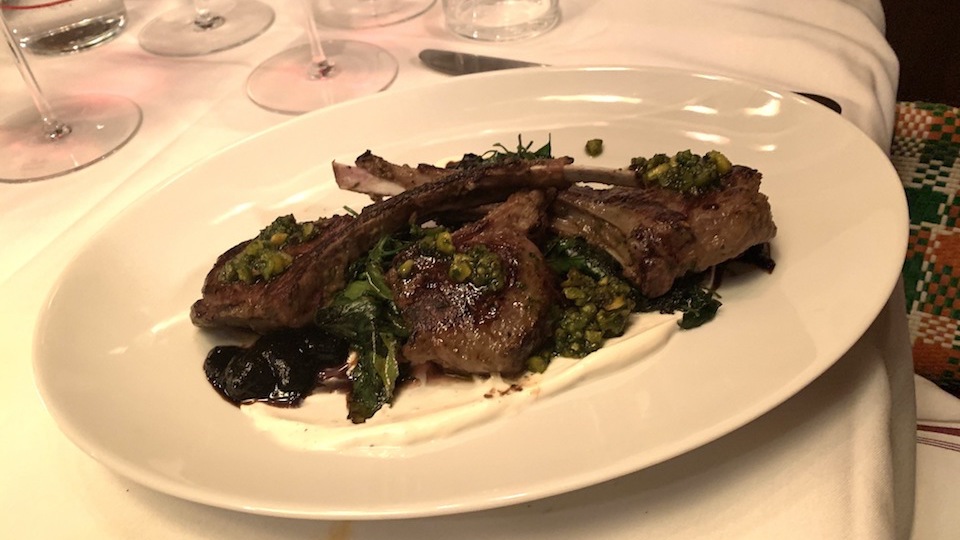 Executive Chef Lena Ciardullo offers a menu that blends strong Italian and Mediterranean influences with American classics. Its hard to choose, frankly. We start with the Hamachi Crudo, a perfect light appetizer for a warm, muggy summer evening. The Spicy Fairy Tale Eggplant is exactly as advertised. Spicy. Calabrian chili and mint accents work so well here. A shared plate of Ravioli ai Quattro Formaggi is a tasty intermezzo between the appetizers and mains. I mean, you have to have pasta, right? The Seared Ahi Tuna is served deep rare over a bed of marinated beans and summer squash. I love it. But I might love the Lamb Scottadita even more. Bold, rustic and hearty, the lamb is pairs surprisingly well with the wines on the table. 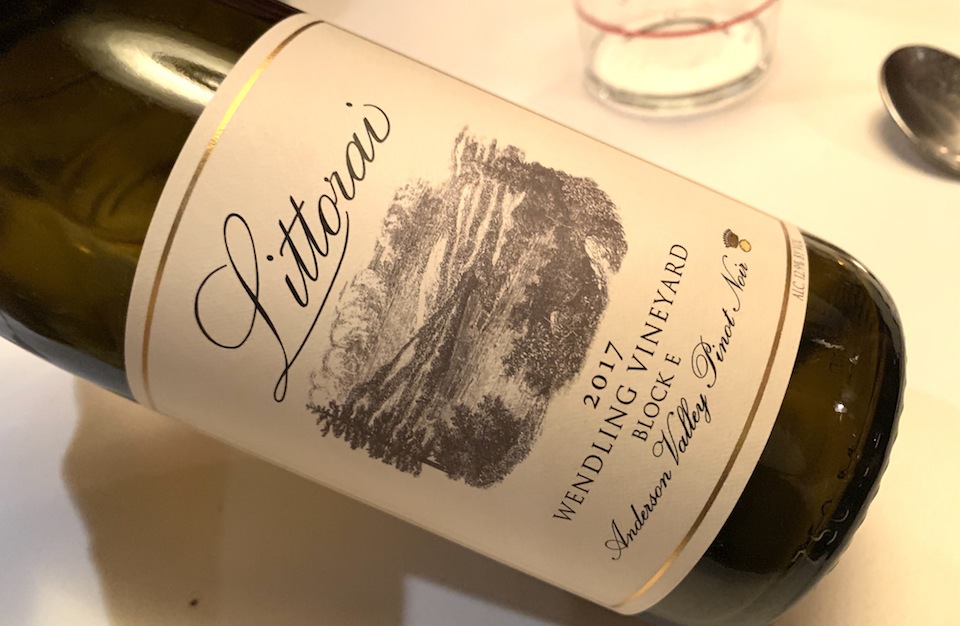 Whenever I see the Littorai Wendling Pinot Noir I order it. Ted Lemon makes a number of fabulous Pinots and Chardonnays, but the Wendling Pinot is one of his very finest. It emerges from a relatively young site in Anderson Valley planted with a variety of clones from places I probably should not mention. Immediately explosive in its bouquet, the 2017 is a total showstopper. I loved it from barrel and then as a recently bottled wine, but tonight it is even better than I remember from the past. Rich, layered and hauntingly beautiful, the 2017 is simply magnificent. What a wine! In my view the potential for Pinot Noir in Anderson Valley has barely been scratched, but that is a subject for another day. 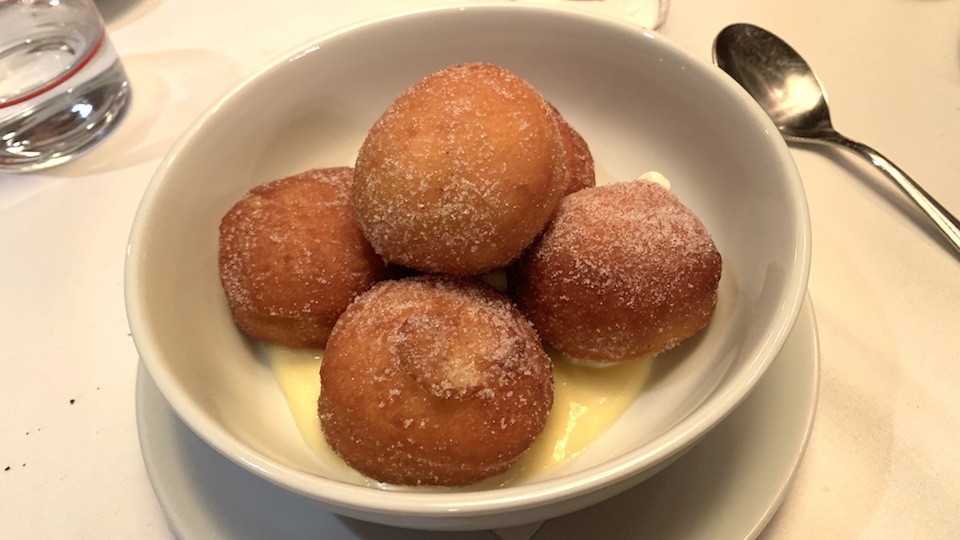 Dessert follows with scrumptious bomboloni. With four people, who gets the fifth donut? My friends charitably left the task of cleaning the plate to me. No complaints. The cherry sundae is to die for. A fabulous rendition of an American classic, Union Square’s version certainly does not disappoint. I am not sharing next time, let’s leave it that. 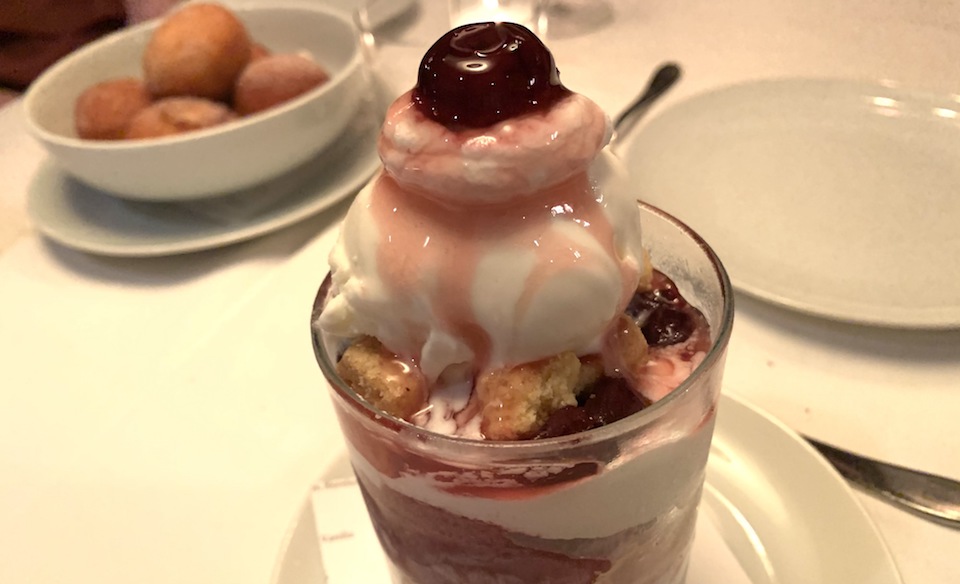 The New York City restaurant scene has so much to offer, even in this period of recovery. It is easy to overlook some of the more established places. Don’t make that mistake with Union Square Café. Terrific cuisine, great service and a deep list make it an essential stop for anyone who loves great food and a deep selection of wines that will satisfy everyone from the curious diner all the way to the most demanding wine geek.