Talented head chef Remco Kuijpers is a big attraction wherever he decides to cook, but fact is, just about everything about Restaurant Fitzgerald in Rotterdam (in the historic and pretty Oude Haven) will impress you. Named after writer and bon vivant F. Scott Fitzgerald, the restaurant is housed in a modern, sleek open space that manages the neat trick of feeling refined but not stuffy. Restaurant Fitzgerald boasts an amazing wine list including, for example, 15 different wines from Coche-Dury and 41 from Pierre-Yves Colin-Morey, plus many older vintages. Service and food are both outstanding, but be warned that à la carte selections are offered only to parties of five or less; if there are more people at your table you will need to choose one of the very fine tasting menus. Restaurant Fitzgerald owner Danny Gonzales obviously loves wine, and you quickly understand why he has won numerous awards for his fine work in the fields of wine and hospitality over the years. For example, Fitzgerald was just voted “2018 Restaurant of the Year” in the Netherlands by a prominent Dutch magazine. 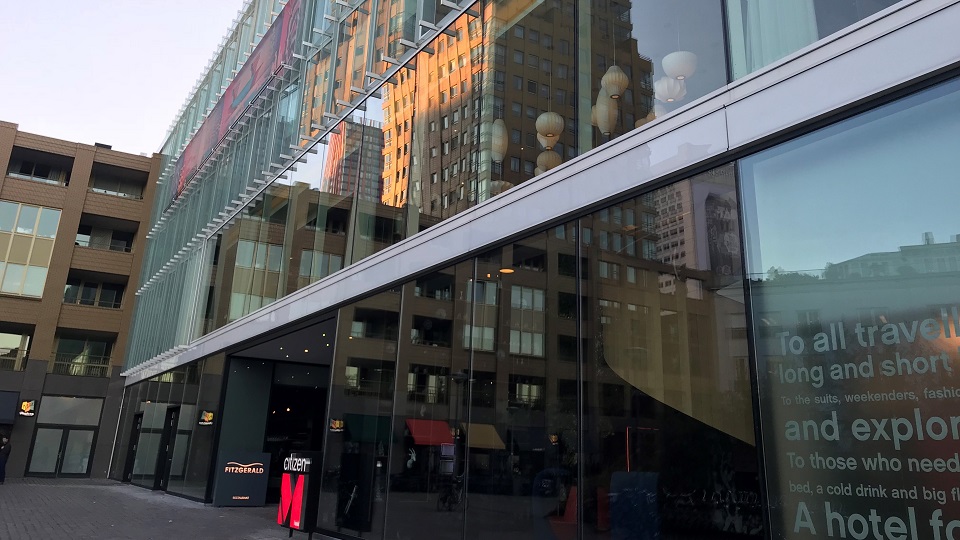 Welcome to the Fitzgerald

The food at Restaurant Fitzgerald features mostly seasonal ingredients that are expertly prepared and cooked. There is nothing out of place. Flavors and textures are very nicely balanced. As always when a restaurant is firing on all cylinders, it’s extremely hard to pick a standout dish. If I were forced to choose a favorite or two, I might opt for the langoustine, avocado, kimchi and Dutch shrimp dish, or Fitzgerald’s signature dish of veal sweetbreads, almond, apricot and butternut squash. But the brill with passion fruit, spinach and tomberry is also very satisfying, with added interest from the tomberries, which are unusually small red or yellow tomatoes that measure justone centimeter (less than half an inch) in diameter and are perhaps the world’s smallest. 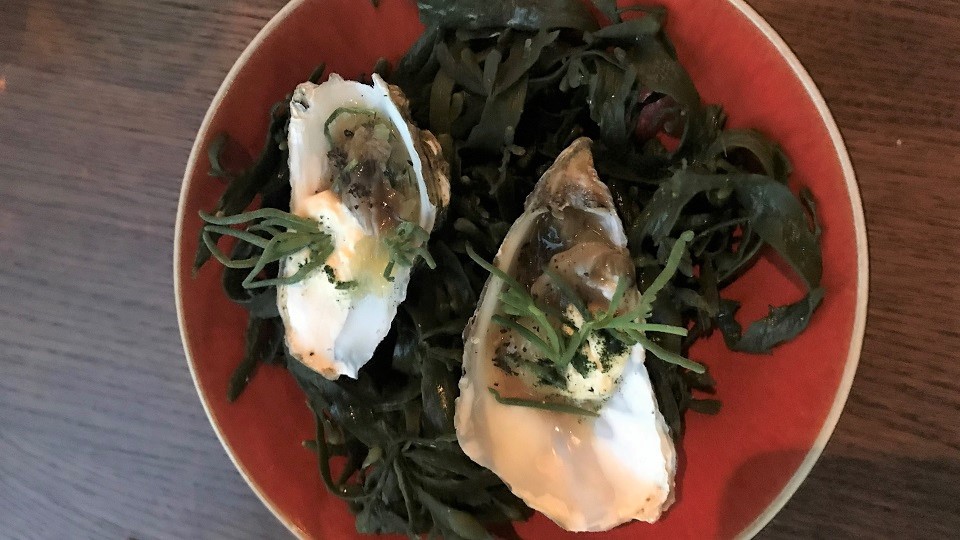 A few oysters to get started

This evening offered as perfect a night of fine wine dining as I can think of. I had a great time picking wines from Fitzgerald’s exceptional list, which includes outstanding wines not just from famous estates, but also from little-known areas and producers at the top of their game. For example, Fabio Marchionni has turned Collestefano in Italy’s Matelica region into not just one of the country’s better white wine estates, but also the source of one of Italy’s 10 best-value white wines in practically every vintage. And so it is again with the 2017 Collestefano Verdicchio di Matelica, a lovely example of what the Verdicchio variety is capable of. This refined, luscious wine is vibrant and precise, offering hints of fresh citrus, ripe pear, green apple and almond. Gales, a Luxembourg winery with over 100 years of history and a fourth generation now at the helm, produces both still and sparkling wines (Crémants). The 2015 Gales Auxerrois Remich Hopertspour Moselle Luxembourgeoise Premier Grand Cru Classé is a very good example of wine made with a variety that has found a happy home in Luxembourg. In my experience, Auxerrois wines from Luxembourg are less spicy than those made in Alsace, but can offer a rich, luscious yet vibrant mouthfeel. These particular vines are grown on mostly Keuper marl soils, and the wine is fermented in stainless steel. 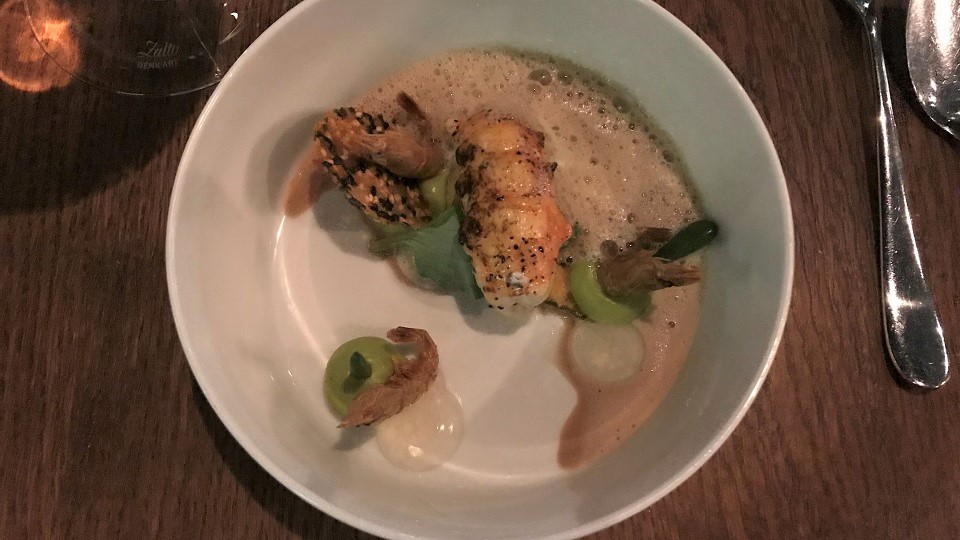 There are few wines I enjoy more than those of the Jura. I visit the region regularly and have loved the wines for most of my adult wine-drinking life. At 14 generations and counting, Ganevat is one of the best names in the region. For nine years the maître de chai at Jean-Marc Morey in Chassagne, the extremely talented Jean-François Ganevat returned home to his family domaine in 1998. He makes an astonishing number of different cuvées and is a meritorious example of a vigneron who can make sulfur-free wines while avoiding the off flavors that sometimes plague wines made in this style. His 2013 Côtes de Jura Cuvée Florine is named after Ganevat’s daughter and is made with the estate’s youngest organically grown and biodynamically farmed vines (planted in 1986) on mostly limestone soil. Piercing and flinty, it is an interesting take on a grape that is all too often reduced to a butter/vanilla/tropical fruit bomb of very little interest and difficult to pair with more delicate food preparations. Ganevat also produces outstanding Vin de France wine blends from co-planted vines of many less common varieties, such as Poulsard Blanc, Argant, Petit Béclan, Gros Béclan and Enfariné. 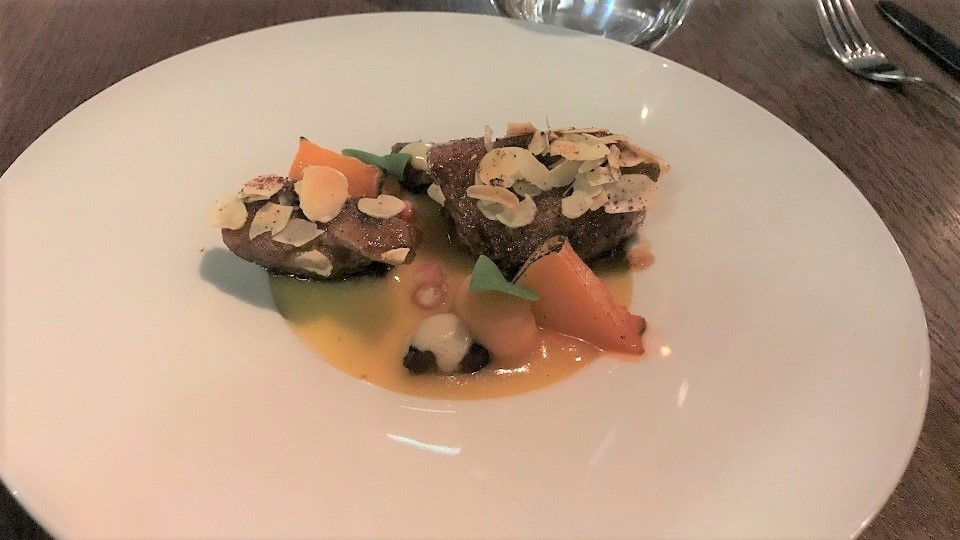 I can never get enough great Bordeaux, and I’ve always been smitten with the underrated 1964 Bordeaux vintage, which actually gave many lovely and even powerful wines, especially in those cases where the grapes were harvested before the rains fell. Nevertheless, red Bordeaux has an uncanny ability to age well no matter what, and the 1964 Chateau Corbin Michotte is a case in point. This lovely bottle was surprisingly powerful and complex, a multilayered cedar, faded violet, spicy tobacco and black currant elixir lingering long on the aftertaste. Though clearly no spring chicken at 50-plus years and counting, the 1964 is drinking beautifully – and in better shape than some professional wine tasters I know! 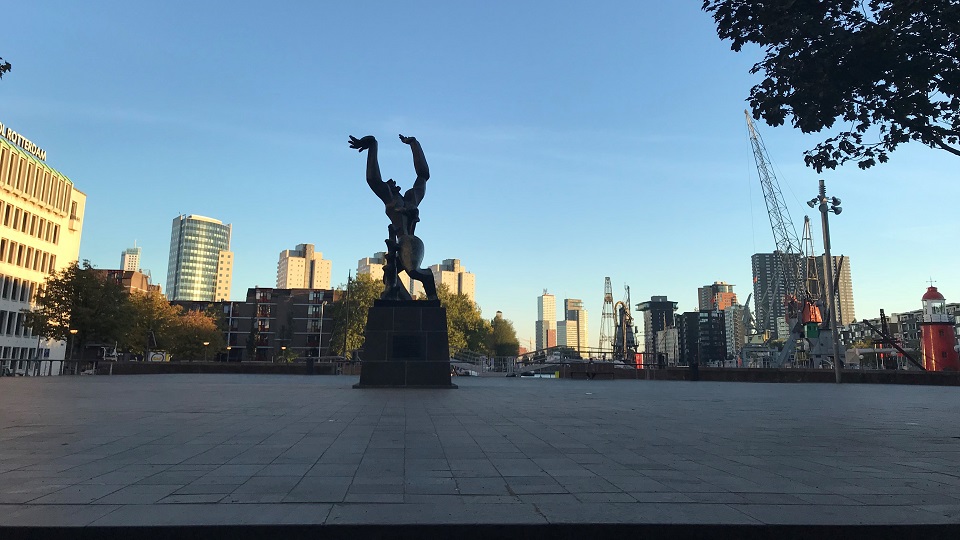 Readers are aware of how much I love great German white wines, and though Rieslaner (a Riesling/Sylvaner cross) is not one of my favorite wine grapes, I have to say that the 2015 Keller Monsheim Silberberg Rieslaner Beerenauslese is a work of art. The domaine, run by Klaus Peter Keller since 2001, dates back to 1789 and has a long history of excellence, which is on display in this marvelous wine. Its scintillating panoply of lemon, lime and white flower nuances keep me company all the way back to my hotel.