Nicholas le Bec is a former two Michelin star French chef who plied his trade in Lyon to often rave reviews. Many saw the boyish-looking le Bec as an enfant prodige quite likely to nail three stars one day. Things didn’t quite work out that way as le Bec moved first towards simpler, larger brasserie style concepts such as Rue le Bec and Comptoir le Bec then abruptly skipped town in 2012 altogether to move to Shanghai (China is his wife’s home country). Bistro 321 le Bec is located in one of Shanghai’s absolutely most beautiful and quiet areas, the Xinhua Lu in Changning District, complete with tree lined streets and the well known Film Arts Center. The restaurant itself is housed in a colonial style villa that also includes a courtyard and a quieter garden in the back. 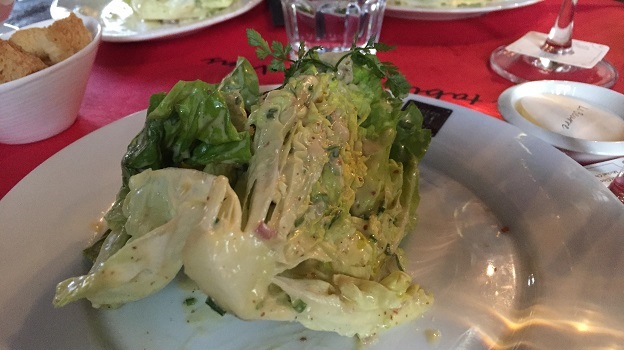 Vaulted ceilings and dark hardwood floors give the bistro much of its attractive look, I have been to Bistro 321 le Bec wice now, and can vouch that is seems to be a huge success, always abuzz with happy, well heeled city folk and many French expats and visitors devouring typical French fare. While the cooking is resolutely French, each dish showcases oriental touches, such as the use of ginger and soy glazes in what would be otherwise straightforward renditions of French recipes. On my latest visit, the best dish by far was the fried frogs legs, but the salad was also very fresh and satisfying. The best thing I can say is that the food really did take me back to France with each mouthful, not always an easy thing to accomplish when cooking far away with local rather than French ingredients. 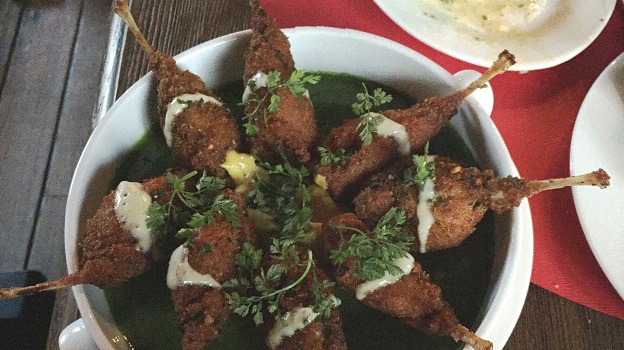 The wine list is short and compact but offers many interesting choices that run off the beaten track. I kicked things off with the lovely 2013 Graves Blanc Château Haut Selve, a precise, fresh Sauvignon Blanc-Semillon redolent of green fig, yellow melon, beeswax and gooseberry aromas and flavors that made a Bordeaux lover such as myself smile from ear to ear. Château Haut Selve is located at Saint Selve, about 50 km South-East of Bordeaux and its wine deserves to be better known. Readers may not know that back in the 19th century, Château Haut Selve was, at 350 hectares and counting, the biggest property in Bordeaux. Its vines destroyed by phylloxera at the end of the 19th century, the estate was abandoned, but is now part of the Lesgourgues vineyards (along with, for example, Château Peyros in Madiran and Château Cadillac, a lovely Bordeaux Supérieur). Next up, and just as interesting, was the 2013 Domaine Clos de l'Ecotard Saumur Blanc, made by talented Michel Chevrè, who was cellar master at the cult Loire property Domaine des Roches Neuves. Although the 2013 vintage was difficult in Vouvray and Montlouis, it was much better in Saumur with wines offering excellent acidity and fine precision. Another great white wine to spend lunch with, Clos de l'Ecotard is made from Chenin Blanc grapes grown on argilo-calcaire soil organically farmed. Layered and complex, it offers minerality and fresh green fruit in spades, with compelling freshness and size, not unlike a very good Pfalz Riesling. 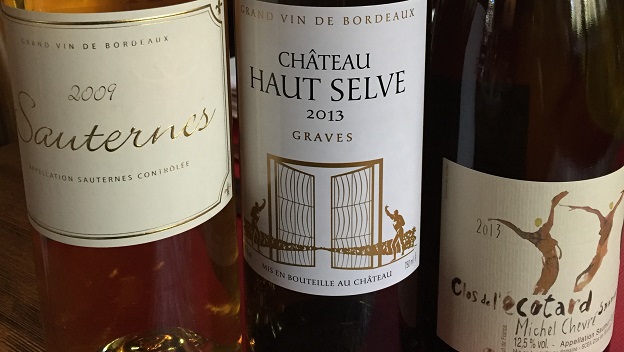 Last but not least, the simplest, but in many ways most interesting, wine of the day and one that will resonate with Vinous’s erudite wine lovers: an intentionally vaguely-labeled 2009 Sauternes (a great year for the region), but one harboring an important secret in its soul. This is an assemblage “constructed” by a Bordelais merchant, made from lots cast off by some of Sauternes’ most famous estates, and I mean really most famous (though I am not at liberty to state which estates, a little imagination and optimism will take you in the right direction). The wine itself was nicely balanced and not overly sweet, exuding 2009’s telltale tactile richness and size. It was a good way to end a simple, but fine, meal on a quiet afternoon in Shanghai.

Clearly, Bistro 321 le Bec is most important for locals who can’t get back to France as often as they’d like, while visitors might prefer to indulge in authentic Chinese cuisine while in Shanghai. Overall though, I’d say Bistro 321 le Bec is a very fine addition to the city’s many dining establishments, and one I will go back to happily again.