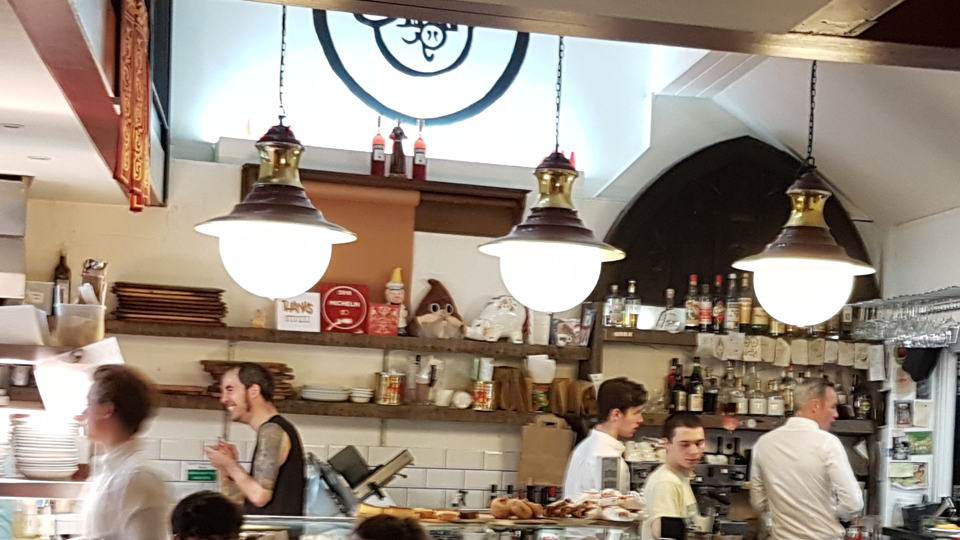 A view of the Stuzzi bar

A bad restaurant slaps you across the cheek as soon as you enter. Three times. You. Slap. Bloody. Slap. Idiot. Slap. And just as you are about to turn on your heel, the receptionist lassos you with a cheery “Welcome”, flicks the tractor beam to pull you in. During the Martin family’s annual New Year vacation, this year in the Yorkshire town of Harrogate, a faintly interesting on-line menu and five-star Tripadvisor eulogies composed by clueless gastronomes, duped me into reserving a table. Located in a converted Victorian bathhouse whose domed ceiling efficiently diluted any atmosphere, our purse-lipped waiter was soon serving incinerated Peking duck with a postwar ration of Hoi Sin sauce and bowls of pusillanimous MSG with hint of chicken. Meanwhile he zealously topped up our jasmine tea at a couple of quid a pop to guarantee our bill would be the final insult. It landed as the adjacent table picked out a stray hair of indeterminate taxonomic origin found bathing in their black bean sauce. I cannot escape fast enough. The receptionist offers a presumably ironic “Hope you enjoyed it” with sympathetic undertone, whilst my daughters enquire about foster care.

As a consequence of all this, it was imperative to forage a decent restaurant the following night. But you know, fate works in mysterious ways. It balances out. Karma. Our Chinese purgatory turned out to be advance payment for Stuzzi, to wit, the best Italian meal I have enjoyed outside Italy. Stuzzi is the antithesis to the previous night’s gustatory calamity. Instead of being slapped across the face, it slips an arm around your waist and titillates the olfactory senses before sitting down. The warm glow of intuition tells you: “Good choice my son, good choice.” Intoxicating scents drift over from the open kitchen as you soak in the buzzing atmosphere of a young crowd interspersed by families educating their offspring the delights of authentic Italian cuisine. The decor is rustic and a little unkempt, which only adds to its coziness and lack of pretension. Like all good Italian restaurants, everything pivots upon the quality of food and everything here is clearly impeccably sourced and every morsel utterly delicious. The menu is short however everything leaves you salivating. “Stuzzi” is the abbreviation of “stuzzichini” (feel free to correct me on that Ian or Antonio), roughly the equivalent of Spanish tapas so here you pick ‘n mix plates at leisure. The wine list arrives and my God it is bejeweled with rare gems from all regions of Italy. Our waitress is young and enthusiastic, explains the dishes helpfully but without thickly ladled puffery. 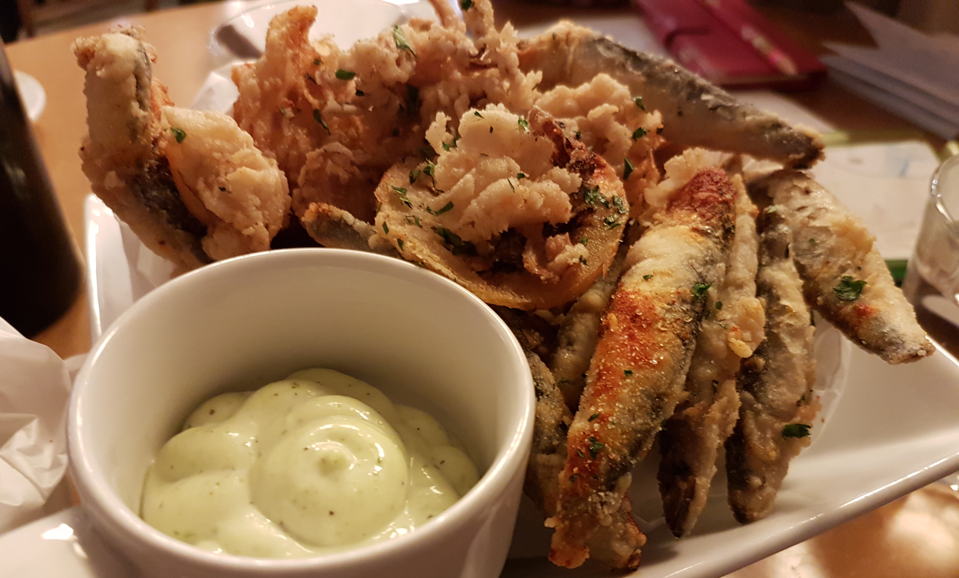 Stuzzi is young. It opened in 2014 when four young employees left a well-regarded Italian restaurant, and hiked around Italy for four months to source ingredients, opening a deli-cum-restaurant by pooling together their limited financial resources. But who needs the expensive trappings of a high falutin’ restaurants when the food is this good? Most of the dishes could be described as traditional Italian with some personal twists. The menu changes on a daily basis depending upon availability of ingredients; ergo there is no on-line menu to peruse if you have not bashed “stuzzi” into a search engine already. 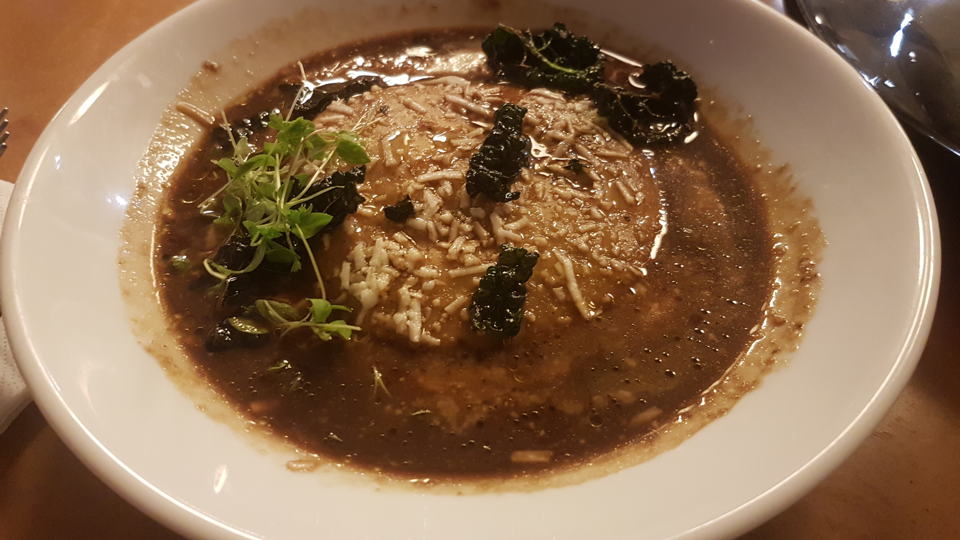 We actually ate at Stuzzi over two evenings. Even before the starters arrived on the first night I asked if there were free tables the following night, New Years Eve, because the aromas were telling me that I had to nab their last table. The Nocellara green olives were slightly crunchy and offered a faint whiff of the sea, accompanied by bed baked on the premises, the focaccia as good as it goods, moist and not over-seasoned or too salty. The Culatello ham, which the menu declared as “king of the salamis”, comes from the flatlands of the River Po, a little drier than expected but still full of flavour. The fritto misto of deep-fried sardines and king prawns just glowed with flavor, the sardines satisfyingly meaty and the king prawns of perfect consistency. 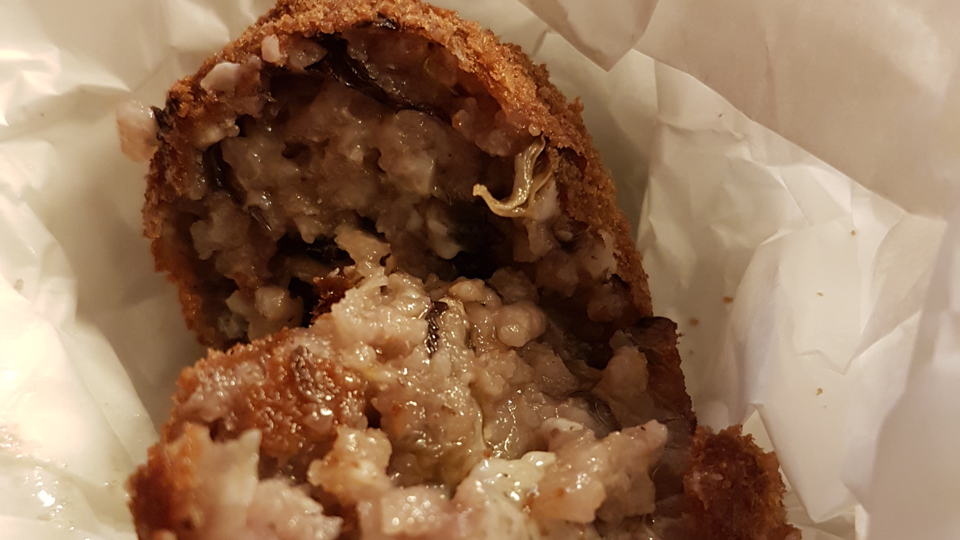 One of the highlights was Brett Lee’s (presumably one of the founding chefs) oregano ravioloni filled with fresh ricotta and ecorino Romano cheese, bathed in a white onion and porcini. This was hearty Italian food at its best; a perfect complement between mushroom and cheese one could easily have upstaged the other. Marco’s beef and mortadella meatballs ankle-dipping in San Marzano tomato sauce was as delicious as it sounds, whilst the chickpea trofie pasta was a revelation. Frankly, I thought this might lack taste. On the contrary a judicious sprinkling of chili flakes just lifted the dish to perfection. The arancini filled with glutinous rise cooked in red wine, radicchio and a Castel Rosso butter was probably the most delicious dish I have eaten in 2017 as the end of the year approached. My belly was full, my senses satiated by the end and so I just watched with pleasure as my daughters demolished a bowl of vanilla gelato and cinnamon doughnuts. 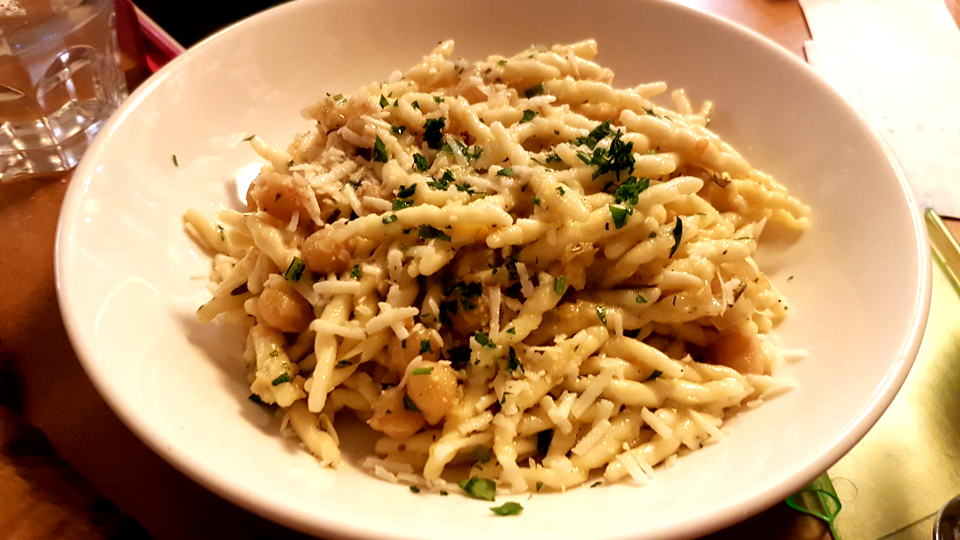 The wine list was shockingly good. As I already mentioned, Stuzzi is not a prim and proper restaurant full of zinc bars long enough to land a fighter jet, designer leather seating and fancy artwork from the latest Jeff Koons wannabe. It’s pretty basic with concrete floors and chairs whipped from school assembly. Therefore I assumed the wine list would be modest and hopefully with a couple of decently priced bottles. Wrong. It is clearly the work of a team passionate about wine with a good selection from around the country. The waitress told me that staff attends wine tastings, a practice too often ignored by restaurants without the means of a full-time sommelier. There were some real gems here, not just the token Super-Tuscan but say, the Barbaresco Pajé from Roagna, a handful of gems from Roberto Voerzio and Masscarello. On the first night I opted for a 2011 Langhe Nebbiolo from the ever-reliable Produttori del Barbaresco, a little metallic at the beginning but soon coalescing and evolving great harmony. 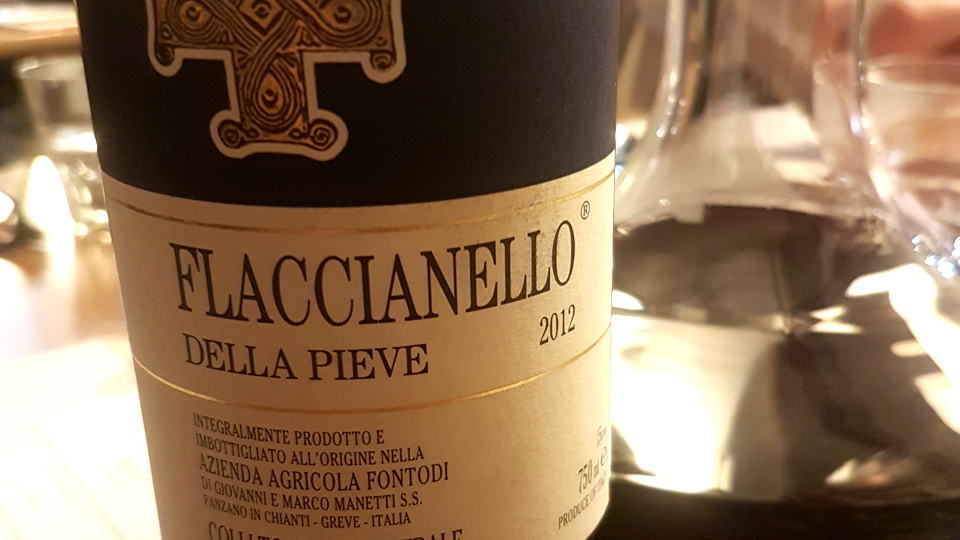 The following night was New Year’s Eve and so we started with the obligatory sparkler courtesy of Ferrari’s Maximum Brut Prosecco: beautifully balanced, sharp and as good as many grower-champagnes. I ordered a 2015 Ribolla Nera Rosso from Ronchi Di Cialla that sported an unapologetic, jarring bell pepper note that ebbed over the course of a couple of hours and much like the previous evening’s Nebbiolo, manifested more red fruit and finer tannins as it aerated. Since it was the final bottle of the year and celebrating my move to Vinous and partly because I have fond memories visiting the estate with my daughter crawling underneath the table, we finished with Fontodi’s 2012 Flaccianello della Pieve. Like Antonio’s comment, the new oak does come through strongly, although that is more because I am committing infanticide than any unbalance in the wine. It is a gorgeous, lascivious, flamboyant pure Sangiovese and despite its 15° alcohol, I managed to polish off a bottle and stagger my way home to the embarrassment of my offspring.

Stuzzi is everything a restaurant should be. In this country, it is sadly all too rare that you stumble across a restaurant that goes to such lengths to recreate the pearls of a gastronomic Mecca like Italy back home in Yorkshire and accomplish it so successfully, so enjoyably. If it serves as some kind of marker, the wine and food were good enough to entice Piedmont winemaker Federico Ceretto to dine at a nearby table – all the way up here in Yorkshire on New Years Eve. (He knew Antonio of course but the conversation may have made little sense since I was three-quarters of the way through the Flaccianello by this point.)

I have eaten at some of the best Italian restaurants in London sprinkled with Michelin stars. None have come close to Stuzzi. In a northern town clogged with Italian pasta chains doling out sanitized Italian cuisine that run that gamut of flavors from A to A, Stuzzi is a beacon of what can be done when following your passion rather than profit. Let’s rejoice that the folk of Harrogate can enjoy exemplary, soulful, exquisitely cooked, hearty, traditional and damn delicious Italian food at prices that ensure they are open to everybody. I rarely travel to Yorkshire. I may well never return. But Stuzzi will be the benchmark against which I will judge independent British restaurants from now on.