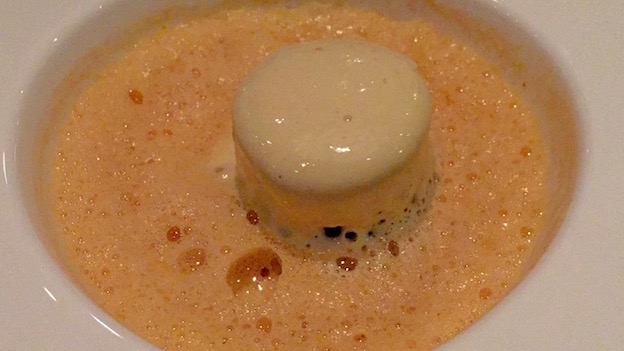 At almost 20 years and counting, The Square has long been one of London’s finest dining establishments. Its two Michelin-star cuisine attracts a crowd of well-heeled Londoners and out of towners who know a thing or two about wine. On this night, the table to my right was indulging in not one but two half bottles of d’Yquem while the couple on my left clearly enjoyed their Oregon Pinot Noir. It’s not surprising to learn that The Square’s wine list has won the UK’s 2015 National Restaurant Award of Wine List of the Year. 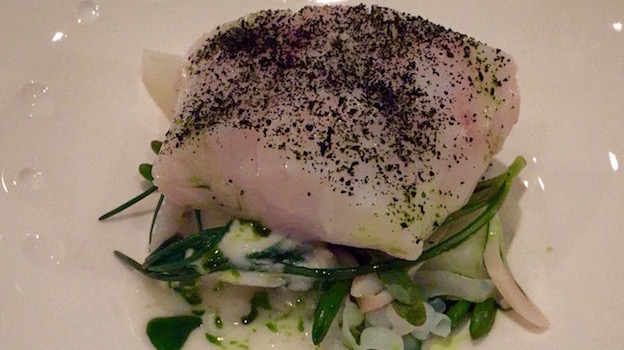 Chef Philip Howard (who, among other accolades, was named Chef of the Year at the UK’s National Restaurant Awards 2012) founded The Square in 1991, and created a can’t miss dining destination of haute but sensible cuisine that emphasizes seasonal ingredients married effortlessly into harmonious, complete creations. The Square first opened in 1991 in St. James’s and was awarded its first Michelin star in 1994. Two years later the restaurant relocated to Mayfair and in 1998 won its second Michelin star. Over the years, Howard created spinoffs of real note, including first and foremost, the Ledbury in Notting Hill (recently reviewed here) along with Kitchen W8 and Sonny’s in Barnes. For the most part, though, Howard could be found manning the stoves in this kitchen. In March 2016, Howard sold The Square to businessman Marlon Abela, and so The Square is now part of the Marlon Abela Restaurant Corporation portfolio of restaurants, which includes nine different venues in London and on the East Coast of the US, including A Voce in New York City and the François Payard bakeries. 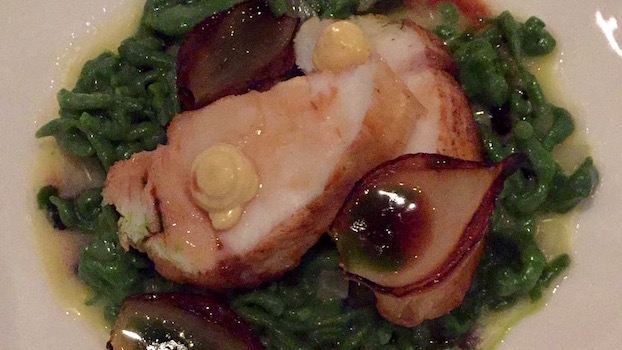 During my most recent meal at The Square in January of this year, before it was about to change hands, it was easy to take in all that had contributed to making The Square great over what is undoubtedly a very long time span for most restaurants. Great food, superlative service, a fine wine list, and a sense of quiet efficiency that permeated the pretty, sophisticated dining room all added up to a memorable dining experience. Two dishes in particular stood out for me on this night: the marvelous lasagne of Dorset crab, its buttery soft texture and almost sweet flavour nicely counterpointed by the airy and refreshing Champagne foam and shellfish cappuccino, and the memorable sticky date soufflé, so good in fact I found myself wishing for another helping of it while writing this piece! 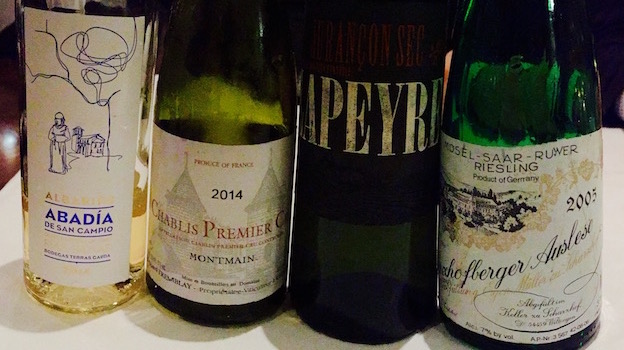 The wine list at The Square is eclectic and full of interesting choices. Quite simply, the 2014 Bodegas Terras Cauda Albarino Abadía de San Campo Rias Baixas is one of the most enjoyable Albariños I have tried in the last few years. A paragon of balance and mineral complexity , the 2014 will linger in my vinous memory (no pun intended) for quite some time. The 2014 Gerard Tremblay Chablis Premier Cru Montmain is still young and lean, although in my experience this particular Premier Cru always produces relatively early-maturing wines.. Tremblay’s version is soft, with lovely peach-inflected fruit notes that make it quite enjoyable, even young. I have recently had some less than impressive entry-level wines from Tremblay, but I am happy to report that the Montmain was just fine on this night. 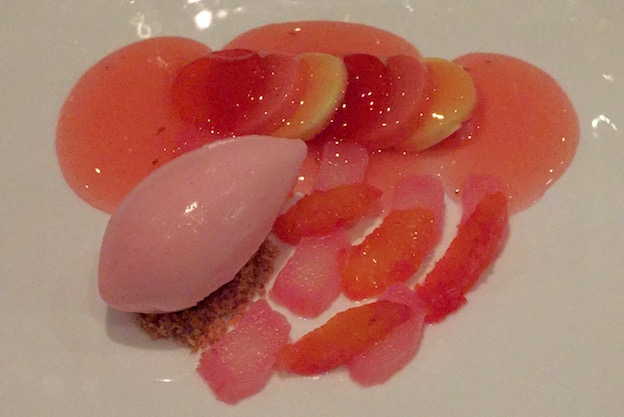 We then moved on to something completely different. The 2010 Clos Lapeyre Jurançon Sec Vitatge Vielh is a blend of 50% Petit Manseng, 40% Gros Manseng and 10% Courbu, from 60 year-old vines fermented in barrel. A rather big, powerful wine that owner Jean-Bernard Larrieu oaks judiciously, the Vitatge Vielh has an edge of smoky sweetness and noteworthy balance. The 2010 was perhaps not the last world in refinement, but it kept me going back to the glass again and again, a sure sign that the wine was a major success.

Last but not least, the magical 2005 Egon Müller Scharzhofberger Riesling Auslese is the sort of wine that hits all the right chords. Müller has gone on record as saying the 2005 is one of the best Auslesen he has made. Taut and pure, the 2005 is a laser beam of floral, steely lime juice complicated by a delicate minerality and considerable residual sweetness. It’s still remarkably young and nowhere near even entering its optimal drinking window. A wine I have no doubt will easily outlive me, the 2005 Riesling Auslese provided the perfect ending to a great evening of fine wine and food, its honeyed wet rocks and jasmine nuances lingering long into my walk in the brisk cool air of a dark London night. 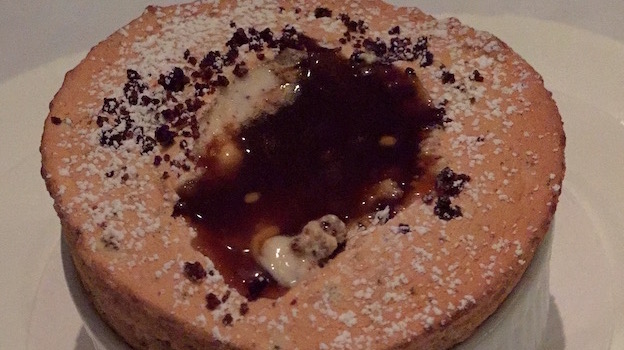