San Francisco is more than an hour’s drive away, so my excursions into the city tend to be more exceptional than quotidian. As such, I spend a lot of time selecting a restaurant – a consuming task for such a richly culinary city. With so many options, I’m inevitably drawn to the new, the edgy, or the extraordinary, but never the comfortable. Comfort I can get at home.

It really was by accident that I found myself eating at the bar at Absinthe in Hayes Valley a few weeks ago. Absinthe has been a staple of the neighborhood since it first opened in 1998. Both the interior and the menu are styled in the fashion of a French brasserie. Although the setting is darkly romantic, the penetrating nostalgia of both cuisine and scene make for a dining experience that is warmly comforting above all. 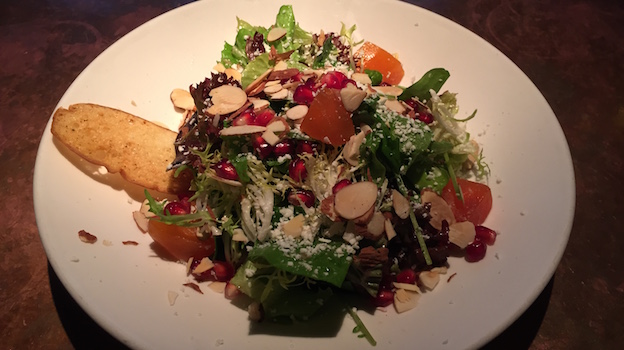 To be completely honest, whenever I find myself in an American version of a French bistro or brasserie, I brace for mediocrity, but the food at Absinthe was extremely well executed. For starters, we began with the cauliflower soup and baby greens salad. The salad was especially excellent, with the persimmon slices and pomegranate vinaigrette providing a refreshing, fruity component that was not too sweet, and the brioche crisps and almond slices contributed a complicating textural element. 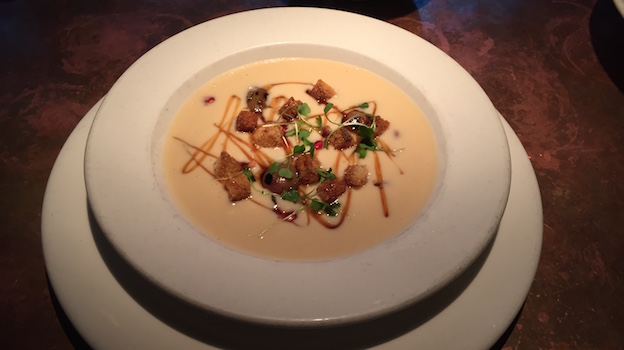 Both entrées were hearty and delicious. The mussels and clams were plated with chopped tomatoes and fresh herbs, along with perfectly roasted, sweetly juicy slabs of fennel. A modest amount of surprisingly light bouillabaisse broth covered the bottom of the bowl, and served to tie all the elements together. The coq au vin was far more substantial, with generous portions of chicken and root vegetables surrounded by a rich sauce defined by its bacony smokiness and earthy mushroom tone. The individual components were admirably intact, with each retaining their integrity and flavor, as opposed to lying semi-dissolved into a stewy whole, as can often happen with such a dish. 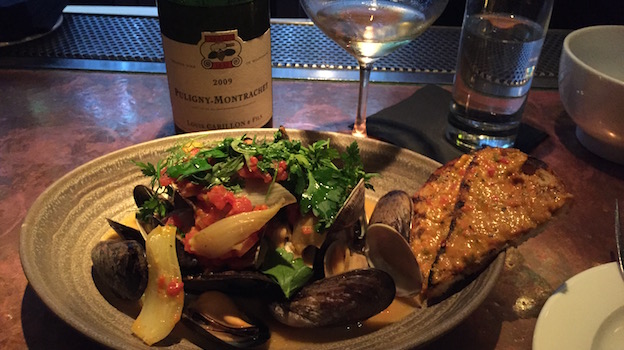 But while the food surpassed my American brasserie expectations, it was the wine list that catapulted the restaurant from the familiar to the exceptional. Weighing in at around 100 pages, the list at Absinthe is dedicated largely to Burgundy, with equal attention given to both white and red. While that is already enough of a boon, the reasonable prices and depth of available vintages add even greater appeal. The majority of verticals stretch back around 15 years or so, and include such luminous names as Dauvissat, Raveneau, Coche-Dury, Comtes Lafon, Roulot, Niellon, DRC, Roumier and Ramonet. Those who want the best of the best will find these prices difficult to beat, especially for a restaurant list, but there are also a surprising amount of terrific wines hovering around the $100 price mark. 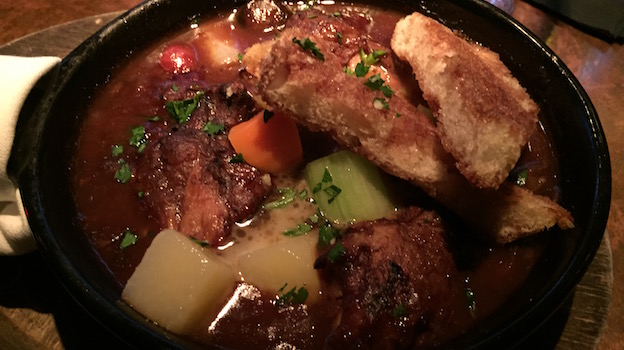 California is the second best-represented wine region on the list at Absinthe. The featured producers, such as Ridge, Corison, Diamond Creek, Littorai, Rhys, and Arnot-Roberts, tend to run more old school and restrained than modern and splashy. This is a trend that extends to other wine regions as well. The Italian selections are dominated by Cappellano, Radikon, Cavallotto, Giacomo Conterno, Castell’in Villa, and Emidio Pepe, while other parts of the world are represented by verticals from the likes of Dagueneau, Chave, Clape, Clos Rougeard, Rayas, and Lopez de Heredia. 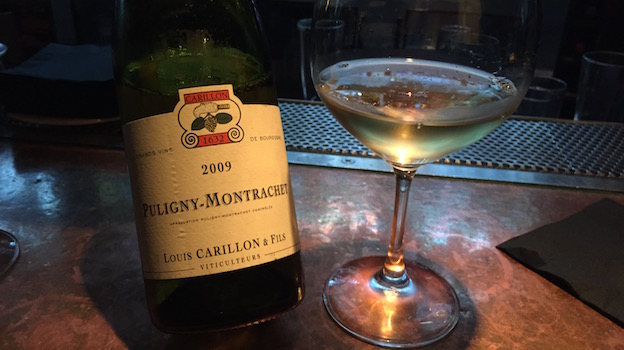 For the purposes of my dinner, I selected a 2009 Louis Carillon Puligny-Montrachet for $130. I was hoping that the wine would be bright enough to complement the mussels while rich enough to stand up to coq au vin, and I was not disappointed. Aromatically, it presented scents of ripe pear, macadamia nut, oyster shell, and white mushroom. The palate was broad and coating, with a modest acidity and a mineral darkness that flattered the lemon oil in the finish. It performed very well for a village wine, as should be expected from such a renowned producer. 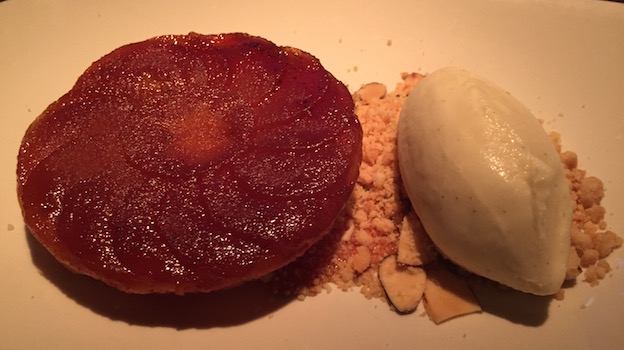 At the end of my meal, while digging into the decadent tarte tatin, I picked up the wine list for another browse through. This time, the impressive selection of magnums caught my eye; clearly I was going to have to gather some friends and return soon for a fresh attack. Truly, for lovers of Old World or ‘old school’ wine, there is no better Bay Area destination than Absinthe Brasserie & Bar. The setting is charming, the service attentive, and the unfussy but high quality food allows whatever wine you select to perform unfettered.