For many foodies, Joël Robuchon is arguably the greatest chef in the world. Robuchon’s slews of successful fine dining establishments all over the globe are a testament to his cooking abilities. In Paris alone, readers can choose between two Ateliers; one in the Opera district and a second in Saint-Germain-de-Près (SG de P), that I visited recently.

The idea behind the Ateliers seems to be high cuisine served in a friendly, vibrant and rather hip environment. Reservations are a must, as well-heeled diners line up outside waiting for their turn in. It all obviously works out very well, with interesting dishes, happy customers, and decent wines. I certainly enjoyed my latest meal at the SG de P Atelier. That said, I think that a two Michelin star rating is a tad generous. 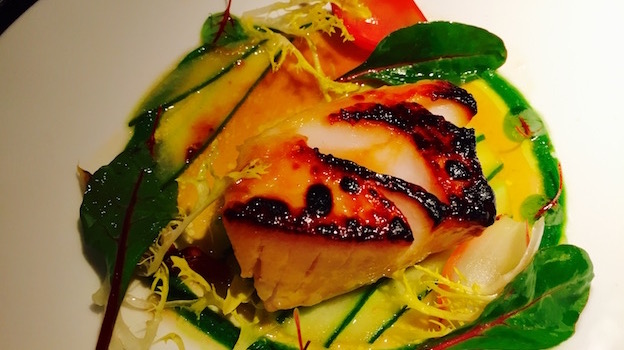 The Iberico de bellotta ham and tomato grilled bread was a fine way to start the meal, but doesn’t ring any bells and I have had even better Iberico ham elsewhere. The fresh marinated anchovies with grilled red bell peppers were the best starter on this night - fresh and pungent, briny and flavorful. The confit eggplant with a mille-feuille of mozzarella and basil was fine if not especially memorable. Much the same can be said of the prawn in crispy puff pastry and basil. By far the two best dishes on the night, both undoubtedly of a two star level, were the miso marinated black cod, crunchy cucumber and yuzu infusion (deliciously sweet and sour, and the fish perfectly cooked) and the ossobuco with a hint of mustard in crunchy toast, which was savory and intense. 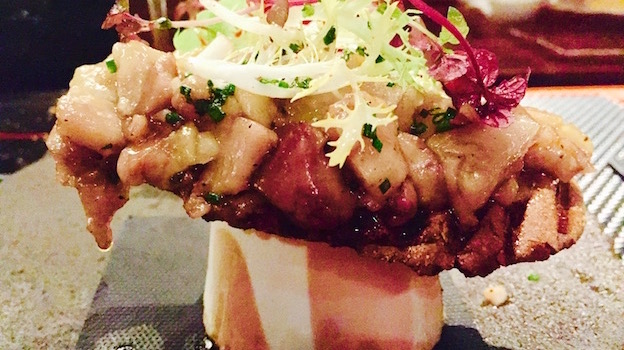 Ossobuco with a hint of mustard in crunchy toast

The wine list at the Atelier in SG de P is disappointing. The wines are not especially numerous and many names aren’t found at the top of their respective categories. While I certainly appreciate going after the lesser known or the not ultra-famous, at dining establishments with this sort of reputation I expect much better. The 2014 François Chidaine Montlouis sur Loire Clos du Breuil was an absolute winner, a lovely way to start the meal with crispy and slightly sweet, if not especially concentrated, apple and pear flavors that lingered nicely. The 2013 Domaine de Souch Jurançon Sec was dry and precise, if not particularly persistent or complex. The François Carillon’s 2012 Puligny-Montrachet, with its many facets and nuances, was a poignant reminder of just how unique Chardonnay is in Burgundy. Last but not least, the usually excellent 2013 André Peret Condrieu Chery proved its mettle once again, with Viognier’s creamy, opulent texture and pear and lime notes shining through on the long finish. 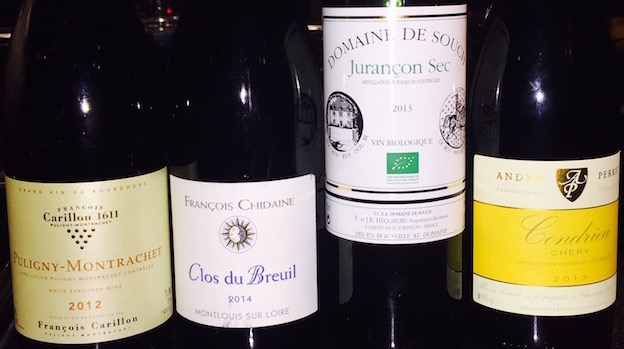 Certainly, not all is well with this specific Atelier, given the noise level, the bright and cool but cramped eating space, the less than stellar wine list, and the not particularly low food and wine prices.  I’m not sure when I’ll be back, in fact. That said, if you are out to just relax, kick back and enjoy the scenery and the city, then the food and wine are more than good enough to make this Atelier a fun choice for a care-free evening.