La Paulée, Daniel Johnnes’ homage to Burgundy, kicked off with a phenomenal evening of food and wine at David Bouley’s Test Kitchen in Tribeca. The following day’s lunch at Daniel and the centerpiece Gala Dinner were equally monumental. This year the Paulée was especially cathartic. For a few magnificent days the world’s troubles were put on hold, and wine, food and friendship took center stage.

This was my first time to Bouley’s Test Kitchen, which occupies an entire floor in a fairly non-descript building. The entrance is unremarkable, but when I saw a number of Burgundian vignerons I knew I was in the right place. My first impression was quite positive, but then again, it couldn’t have been otherwise, as I was handed a glass of Coche-Dury’s 2006 Meursault and several delicious hors d’oeuvres when I walked in. Not a bad aperitif, to say the least. The loft-like space is bright and airy, with a large open cooking space that is the heart of the room and a cozy dining area that is simply an extension of the kitchen. The chefs, led by David Bouley, Daniel Boulud, Daniel Humm and Michel Troisgros, worked expertly to prepare the sublime dinner that would follow as cooks, sommeliers and guests mingled in this highly interactive setting. The ambience was electric. 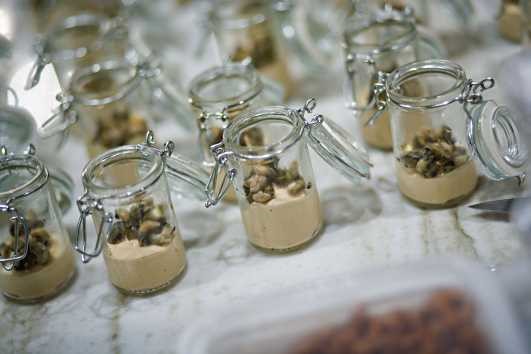 David Bouley’s sensual Porcini Flan with Dungeness Crab and Black Truffle was to die for. Everything came together in this beautifully executed dish. Coche-Dury’s wines would turn out to be the highlight of the evening, but as monumental as the wines were, there was a bittersweet element to the night. Jean-François Coche was to have made a rare appearance in New York for the occasion, but sadly two unexpected deaths in his family prevented him from making the trip. The wines spoke for him with great eloquence, starting with a flight of Meursault Rougeots. The 2001 Meursault Rougeots was striking in its taut, focused expression of smoke, minerals and textured fruit. The wine’s finish was sublime. The 1996 Meursault Rougeots coated every corner of the palate in a fresh, vibrant style as notes of crushed rocks and minerals lingered on the eternal finish. The 1989 Meursault Rougeots was not terribly complex, but it was texturally very beautiful, complete and fully expressive.

The Rouget from Michel Troigros literally melted in the mouth. It was simply perfect. No small feat, considering this course was served alongside three profound Meursault-Perrières from Coche-Dury. The 2001 Meursault-Perrières was sweet, floral and generous, though it was clearly on the young side. The 1996 Meursault-Perrières was an explosive, head-spinning wine that left me speechless. This kaleidoscopic, multi-dimensional Burgundy revealed endless layers of flavor intermingled with sublime aromatics and lovely underlying minerality. This is a wine for the ages. The 1989 Meursault-Perrières was seamless and creamy-textured in its expression. Sweet notes of tar, licorice and smoke came to life on the long, gorgeous finish. I finished this group of wines as Daniel Humm’s extraordinary Nova Scotia Lobster was being served. This rich, flavorful dish was a culinary tour de force from one of my favorite young chefs. In a word; awesome!

Vernonique Drouhin was on hand to offer commentary on her wines. The 1964 Romané St. Vivant (magnum) was slightly oxidized and showed some elements of volatility but was impressive for its density. The 1961 Romanée St. Vivant “Marey-Monge”(magnum) offered up menthol, licorice and sweet baking spices in a delicate, ethereal style that lingered on the palate. Like all of the wines being served, these 1960s magnums were shipped over from the estate for this dinner, and needless to say, they were a treat to taste. Both wines were lovely with the Chef Humm’s lobster, and found a lovely counterpoint with the mushrooms and black truffles in the dish.

A group of Drouhin’s Chambolle-Musigny Les Amoureuses was beautiful. I thought the 1985 was the most complete of the wines. It showed elements of sweet, ethereal fruit and pretty tertiary nuances. The 1990 was an especially delicate Les Amoureuses, with notable purity and inner sweetness, although it faded a bit in the glass. The 1978 Les Amoureuses offered up sweet scents of tobacco, autumn leaves and herbs. Here the fruit was a touch faded, and the wine came across as slightly dry on the finish. Chef Troisgros’s pigeon dish was absolutely divine, even if it was perhaps a touch too rich for these delicate Burgundies.

Our flight of the house’s Musigny was perplexing. The 1989 Musigny showed good density and freshness but was ultimately one-dimensional. The 1985 Musigny was at once more complex and delicate than the 1989. Sadly, the 1978 Musigny was overpowered by volatile acidity. Unfortunetely none of these wines lived up the reputation of what is one of the world’s most privileged sites. Chef Boulud’s stuffed veal was delicious, though here too, the food dominated the wine in the attention it commanded at our table.

We finished in grand style. Three Corton-Charlemagnes from Coche-Dury were easily among the most profound, monumental Burgundies I have ever tasted. I am not sure I own the vocabulary to do these wines justice. The 2001 Corton-Charlemagne was like a diamond in that each taste revealed a new facet as this extraordinary, explosive wine opened up in the glass. Sweet scents of lime peel and crushed rocks lingered on the eternal finish. Coche’s 1996 Corton-Charlemagne was just like his other 1996s; stagerring in its richness, complexity and sheer pedigree. The wine flowed onto the palate with tons of richly scented, layered fruit. It was a profound bottle with plenty of life ahead of it. The 1992 Corton-Charlemagne revealed tar, truffles, honey and smoke. It was creamy, soft and caressing from start to finish. I admit I didn’t taste the desserts. I was more than happy to spend a little extra time contemplating these transcendental, life-affirming wines. 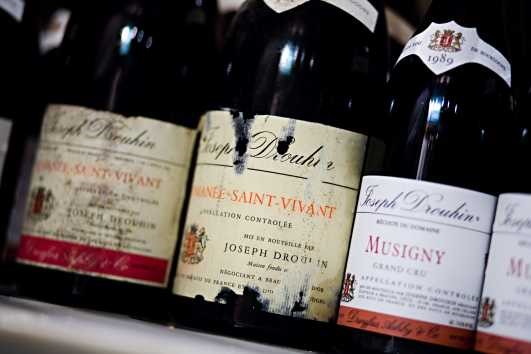