The inaugural Festa del Barolo brought together sixteen reference-point producers for what turned out to be an amazing day of tasting great Nebbiolo. During the afternoon session each producer presented a current release Barolo. The focus was on 2007s, but a few of the growers who are late to bottle showed their 2006s. 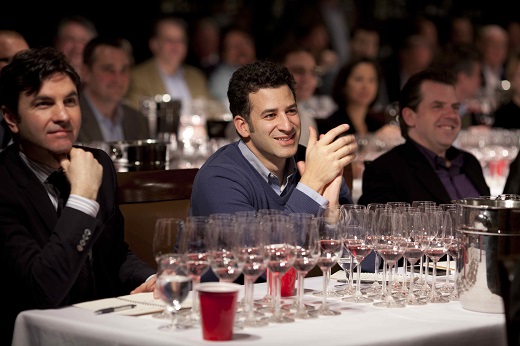 Questions from the crowd were abundant during this lively tasting. Several producers were making their first visit to the US, including Roberto Voerzio and Giuseppe Rinaldi. Aside from the wines, which showed great, the consensus highlight of the afternoon was the short speech by Rinaldi. You could hear a pin drop as everyone in the room – attendees, producers and sommeliers – stopped what they were doing to listen with rapt attention as Rinaldi shared his approach to life and wine. It was an unbelievable moment. 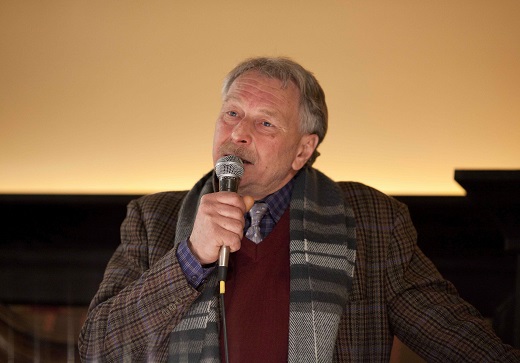 The Gala Dinner featured a multi-course menu prepared by Mark Ladner, Del Posto’s Executive Chef. A group of the country’s top sommeliers was on hand to serve the wines. Each producer brought a magnum of an older vintage to share with guests at their tables. Reflecting the spirit of Burgundy’s La Paulée, the annual after-harvest lunch that is the inspiration for La Festa del Barolo, attendees generously brought bottles from their own cellars to share. A charity auction held during the dinner featuring rare lots from the estates’ cellars raised $50,000 for the victims of the Japan earthquake/tsunami. It was a great night all around. 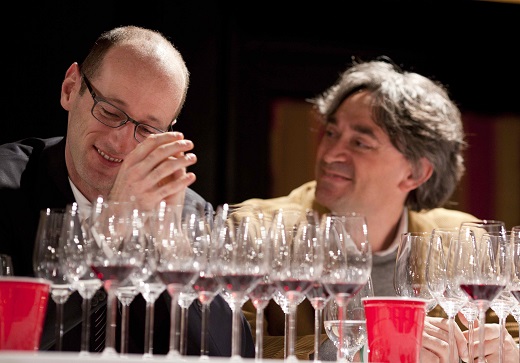 [Above: Federico Cerreto and Luca Currado]

Next year we will host the second edition of La Festa del Barolo in New York. The event will remain small, intimate and focused on education. Some of the events on the calendar include a seated tasting with the winemakers, a horizontal tasting featuring the wines of one of Piedmont’s reference point producers, a Rare Wine Dinner and a Gala Dinner.

The Gala Dinner and Wines

Executive Chef Mark Ladner and his team did a great job with a menu that melded elements of the classic and modern schools of Italian cuisine. I am a sucker for great pasta and risotto, and did not decline seconds of either. The New York strip steak was also delicious and perfectly cooked. Readers may find it hard to believe, but I only tasted a small fraction of the many, many great wines that were being passed around. As I looked around the room I could hardly believe the eye-popping bottles sitting on some of the tables. 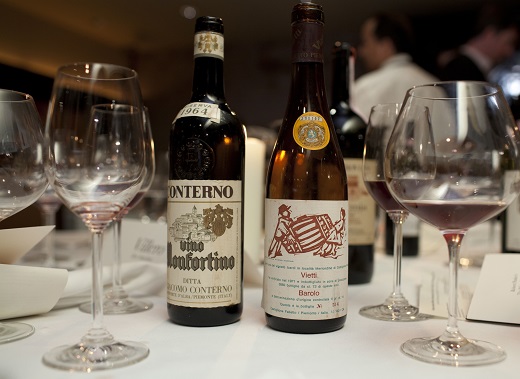 [Above: Gems from Giacomo Conterno and Vietti]

Two great Champagnes to start. What could be better? The 2002 Pierre Peters Special Cuvée Les Chetillons was rich, textured and quite generous. I loved it. The 2002 Dom Pérignon awaited. A towering Champagne, the 2002 DP impressed for its statuesque personality. This was a fabulous showing from a Champagne that is well on its way to becoming a modern-day legend. 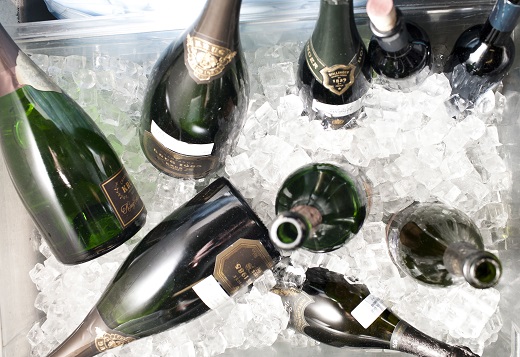 [Above: There is always a place for Champagne at La Festa del Barolo]

I was thrilled with the showing from Bruno Giacosa’s 2000s, as all of the wines came from my cellar. The 2000 Barbaresco Santo Stefano was in a beautiful place, the tannins just starting to soften, seemingly releasing the bouquet to find a compelling, exhilarating upper register. I have been fortunate to taste the Barbaresco Riserva Asili many, many times since it was released. This was one of the better bottles I have had. Still fresh, vibrant and wonderfully nuanced, it showed phenomenal balance and pure sensuality. My guess is that one day Giacosa’s Barbaresco Rabajà will be viewed as the most successful of his 2000 Barbareschi. I loved the wine’s structure and power. Endless layers of mineral and balsamic-infused fruit caressed the palate through to the finish. Wow! I was even more impressed by the 2000 Barolo Riserva Le Rocche del Falletto, a wine I have often liked but seldom fallen for completely. On this night, though, it was positively glorious, with tons of nuance and the finest, silkiest of tannins. 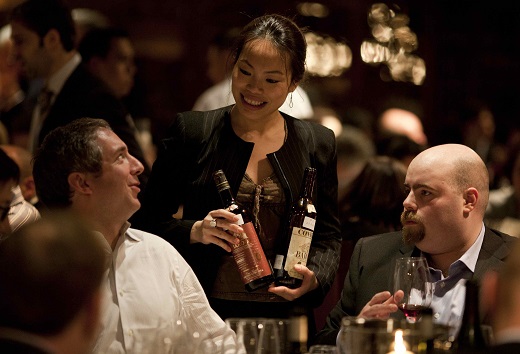 [Above: Shin Tseng…how can you go wrong with either of those wines?]

The 1982 vintage is one of the first that turned me on to Barolo so it was great to revisit these two masterpieces. Giuseppe Mascarello’s 1982 Barolo Monprivato impressed for its length, structure and fabulous overall balance. Bartolo Mascarello’s 1982 Barolo was a bit sweeter and more perfumed, but still had plenty of underlying verve. The two 1997s that followed were a huge change of pace. The 1997 Conterno Barolo Riserva Monfortino was flawless, as was Gaja’s 1997 Sperss, but for very different reasons. The wines are made from vineyards that are just a few hundred yards apart. Monfortino embodies the essence of classicism, while Sperss represents the spirit of innovation. In 1997 both wines are extraordinary, as they were again on this night. What a pairing! 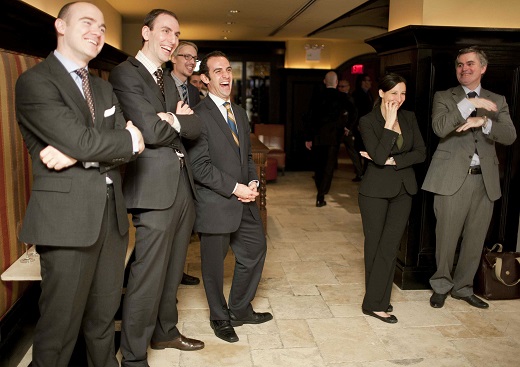 Giacosa’s 1988 Barbaresco Riserva Santo Stefano is a wine famously plagued by huge amounts of bottle variation, but this was as good an example as I have ever tasted. The next wine was one of Giacosa’s all-time masterpieces, but a rare wine few have had the privilege to experience. The 1971 Barolo Riserva Rocche di Castiglione was all silk and cashmere on the palate. This level of textural finesse and pure sensuality has seldom been equaled. The 1971 Rocche remains of the greatest Giacosa wines. Sadly, I have finished the small stash I once had.

A three-liter of Paolo Bea’s 1999 Sagrantino di Montefalco might have appeared out of place, but it wasn’t. Far from it. The wine was absolutely majestic. Giuseppe Mascarello’s 2001 Barolo Riserva Ca’ d’ Morissio was stupendous. It showed all of the hallmarks of the Monprivato vineyard with an extra dimension of textural heft. This was another terrific showing from Mauro Mascarello. Angelo Gaja’s 1985 Barbaresco Sorì San Lorenzo was truly great, except it was far too young. Don’t ask me when the 1985 will be ready, I have no idea. But I would be thrilled to own it, as it was nothing short of fabulous. Once again, Gaja shows that even with all of the experimenting that he did in the 1980s, the wines never lost their ability to age. The 1982 Dom Pérignon Rosé, with its striking bouquet and silky, finessed fruit, was a fitting end to this amazing night of food and wine. 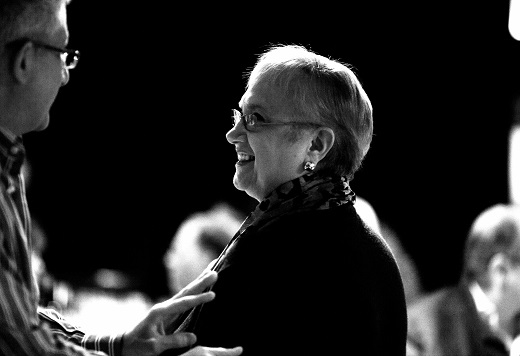