During his reign at The Square between 1991 and 2016, I dined at Philip Howard’s Mayfair restaurant so many times that I might as well have installed a truckle bed in the private room. The Square is where I popped my Michelin star cherry and discovered that not every restaurant meal was accompanied by a hillock of chips. It was where I dined with Robert Parker, who was obviously famished, since he ordered two main courses, and where I met Sir David Frost over a glass of 1982 Cheval Blanc. It’s where I celebrated the publication of my Pomerol book with friends. The Square hosted innumerable wine dinners that formed the cornerstone of my professional writing career.

I guess it was naive to think that it would last forever. The announcement that Howard was moving on and, along with co-proprietor Nigel Platts-Martin, had sold his shares, sent shock waves through London’s fine dining scene. For many, including me, it was the end of an era, and sadly, The Square almost immediately became a pale imitation of its former self. Howard spread his wings and is now partner in several restaurants, such as Kitchen W8 and Lorne – and, since 2016, Elystan Street. 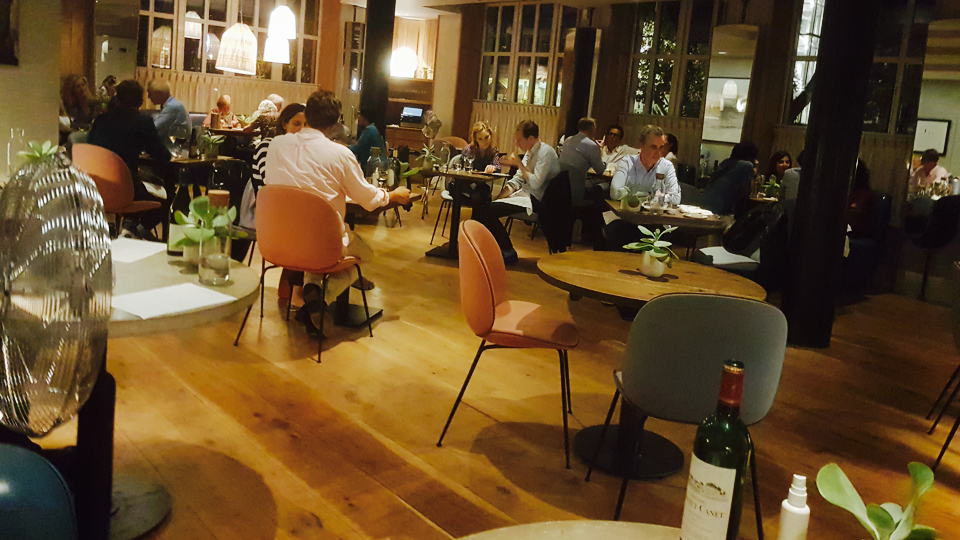 Elystan Street occupies a prime location just a short trot from Sloane Square, guaranteeing a constant supply of well-heeled clientele within walking distance. Like Chez Bruce in Wandsworth, it has the atmosphere of a local restaurant rather than a magnet for the international epicures that The Square and The Ledbury once welcomed. The interior is exquisitely furnished, managing to adequately socially distance between tables while maintaining a home-like, almost cozy ambience thanks to discreet decoration and clever use of subdued warm lighting. Upon opening, Howard announced that he wanted a return to less fancy, simpler cooking, and this is borne out in a dinner menu that lists around half a dozen options per course. The dishes are more straightforward – or, to use their own phrase, “gimmick free” – than those that ensured The Square kept its Michelin stars for 25 years. Gone are the freshly ironed white tablecloths, the flurry of amuse-bouches and the multi-course tasting menus that now feel a bit passé as a new wave of chefs pursue more back-to-basics cooking. 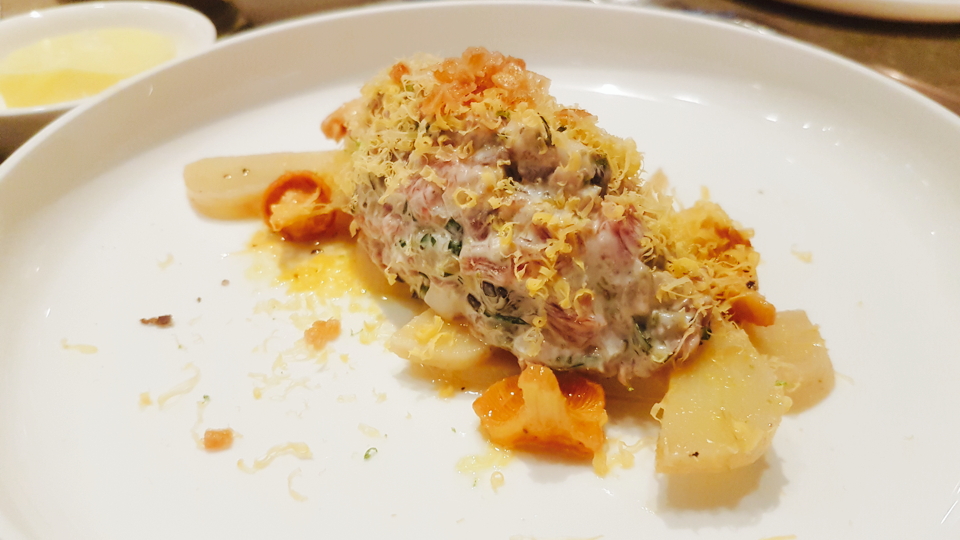 The menu is, broadly, Howard’s personal take on classic French cuisine. Sharing plates, we opted for the tartare of aged Cumbrian beef with artichoke, pickled girolles, mimolette and a shot of beef tea that came in a miniature mug. This was a stunning opener and easily the best dish of the evening. The artichoke combined beautifully with the beef tartare and lent it edginess; the pickled girolles were a little vinegary and the shot of beef tea a welcome, tangy palate-cleansing accoutrement. This standout was so impressive that it inadvertently overshadowed subsequent plates – like a book with a sensational opening that it cannot quite sustain. The second starter of hand-cut strozzapreti with smashed courgette, tomatoes, Scottish girolles, garlic and Parmesan was delicious, although it missed the wow factor of the tartare. It felt a little safe, and needed more pizzazz. 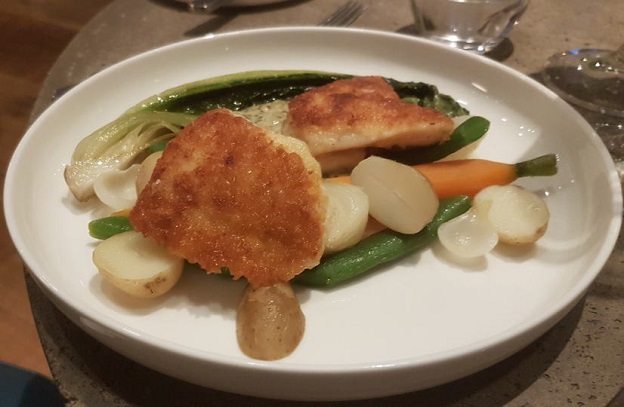 The Cornish red mullet worked better than the chicken breast

For the main courses, the chicken breast with fricassee of Scottish girolles, crayfish, sweet corn and spinach was too good to resist. On paper this was going to blow my mind because it combined my favorite ingredients on a single plate. To be honest, I found the sauce a tad too rich, and the combination seemed to lack a bit of je ne sais quoi. Perhaps my expectations had been raised too high by the tartare. I was just seeking more complexity and a few more complementary vegetables; maybe some wilted spinach or crispy kale would have counterbalanced the richness of the chicken. It was half an excellent idea. Better was the fillet of Cornish red mullet with olive oil creamed potato, piperade, tomato, fennel and olives. Again, this might be conservative compared to some of Howard’s more flamboyant dishes of yore, but it was well cooked and seasoned, the fish moist and juicy.

This was a dinner bookended by standouts, because the bitter chocolate and salted caramel tart with crème fraîche ice cream was nigh perfect. Naughty, but nice! 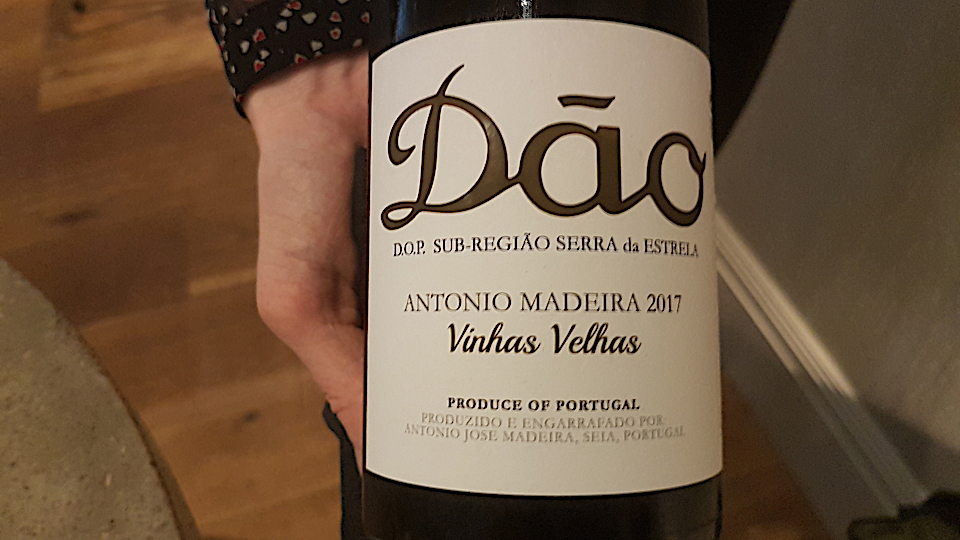 The wine list at Elystan Street is excellent, following the current trend for concise selections, expertly chosen, with plenty of tempting options by the glass or, my own favorite, 375ml carafe. The 2017 Vinhas Velhas Branco from António Madeira is a brilliant Portuguese white from the sub-region of Serra da Estrela in the foothills of the highest mountain in Dão. An ex-engineer Madeira is French with Portuguese ancestry, and has been making wine organically and biodynamically since his maiden 2011 vintage. This one comes from a field blend of 20 grape varieties up to a century old, cultivated on free-draining granite soils. The striking nose toyed with reduction to brilliant effect, Coche-like in style without the price tag. Walnut, hazelnut, hints of vervain tea and crushed rock soared from the glass with clinical precision. I was instantly hooked. The palate is supremely well balanced with perfect acidity and notes of crushed stone, green olive and a touch of clementine. From the start, this is surfeit with tension and sports incredible length. I must confess it was a revelation and a contender for my value white of the year. 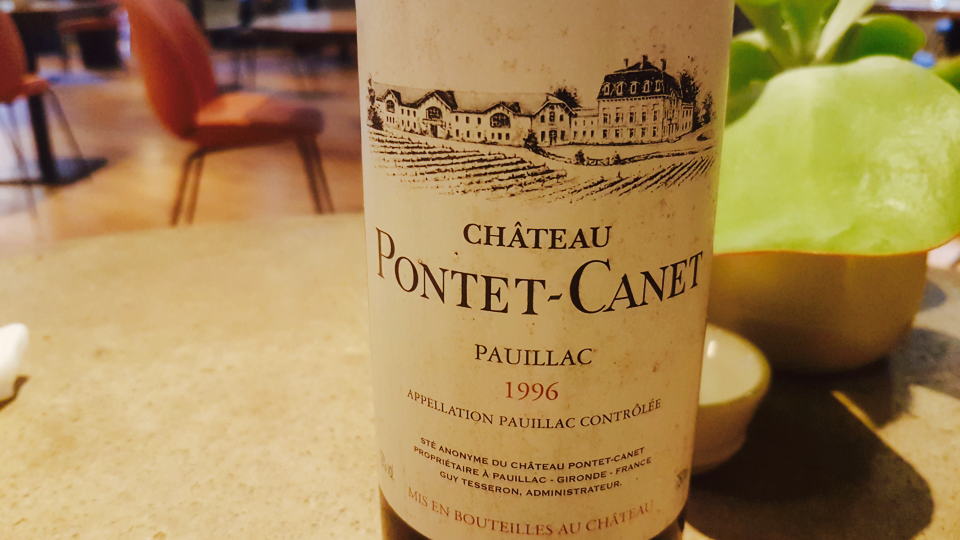 The second bottle, from an estate I know like the back of my hand, was the 1996 Pontet Canet. One or two people had suggested that this might be past its best; after all, it predates the innovations and application of biodynamics overseen by Alfred Tesseron by several years. On the contrary, it has aged beautifully. Cedar, scorched earth and mint blossomed on a nose that is firmly into its secondary phase, yet laden with more fruit than expected considering both its age and the austere style of Left Bank 1996s. The palate might be nearing the end of its drinking plateau, so don’t hold back if you own a few bottles. But I admired its balance and density, its structure and classicism, and the typical Pauillac traits of cedar and a touch of mint toward the finish. I savored it down to the last drop.

I thoroughly enjoyed what is nowadays a rare trip into London. It was pleasing to see both plenty of sanitary measures upon arrival and the restaurant completely full on a Wednesday night. Elystan Street has an enticing set lunch menu that represents outstanding value; evening à la carte is much pricier (not that they have any difficulty finding locals willing and able to pay). The dishes are on the richer side, as has traditionally been the case with Howard’s cooking, so I recommend arriving with an empty stomach. Overall, I can understand exactly why Elystan Street has become a popular haunt for Chelsea residents. I must admit that unlike The Square, the menu is not one that compels me to return time and again. But for those who miss Philip Howard’s flair in the kitchen and are not counting pennies, Elystan Street comes recommended.