Squid with chilli and rocket

Fish and chips with mushy peas

Lobster with cheese and wine sauce

Though the UK government has come under criticism for its response to coronavirus, the Chancellor of the Exchequer, Rishi Sunak, has been widely praised for introducing the Eat Out to Help Out program. Designed to boost the beleaguered hospitality industry as it exits the furlough scheme, it encourages diners out of their homes and back into participating restaurants by offering 50% government-funded discounts up to a maximum of £10.00 per head, Monday to Wednesday. Within just a few days of its introduction, over 11 million lunches and dinners had been purchased using the initiative, throwing a lifeline to this vital sector of the economy. I decided to take up the offer myself in August to support two local restaurants and one higher-end restaurant in London where I was long overdue a visit. 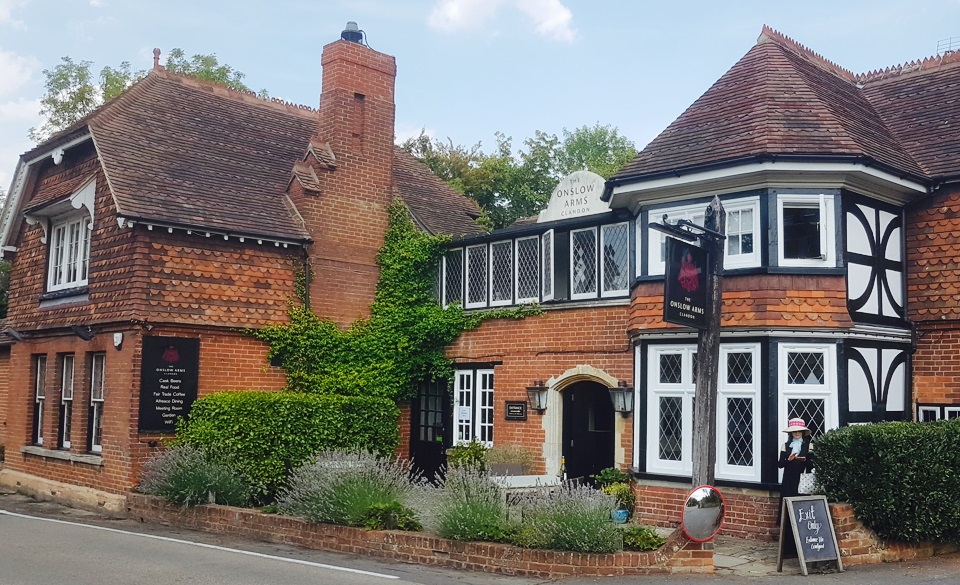 First was the Onslow Arms in West Clandon, Surrey, just outside Guildford. It is a thoroughbred country pub/restaurant, the kind that forms the lifeblood of this isle. The former manor house began serving alcohol in 1810 and diversified into catering in recent years. The eye-catching structure with its overlapping brickwork and turreted chimneys lies in the center of the village, and it’s as pretty inside as out. The spacious interior houses interconnected rooms and, despite modernization, retains the archetypal countryside ambience for clientele popping in for a pint of locally brewed real ale or a spot of lunch or dinner. Heavy oak-timber beams strand the ceiling, and the walls are festooned with ye olde ephemera of copper pans and hunting bugles. There are leather chesterfields and the obligatory open fire, not that there was much call for it on a baking-hot day. Thankfully, there is a walled rear garden, perfect for al fresco dining and a mecca during the summer months. Such is Onslow Arms’s popularity that despite the large number of covers, bookings should be made well in advance. The manager told me that while many establishments have complained of financially crippling no-shows, their problem is people turning up without reservations. As for social-distancing requirements, I found the tables easily spaced two meters apart and the staff abiding by sanitary rules, with one or two kitchen workers in visors.

I have eaten at the Onslow Arms many times, and the standard here never slips, despite the large numbers that dine here regularly. You might dismiss it as “pub grub,” but that traduces consistently well-made food that so often tastes ordinary elsewhere. 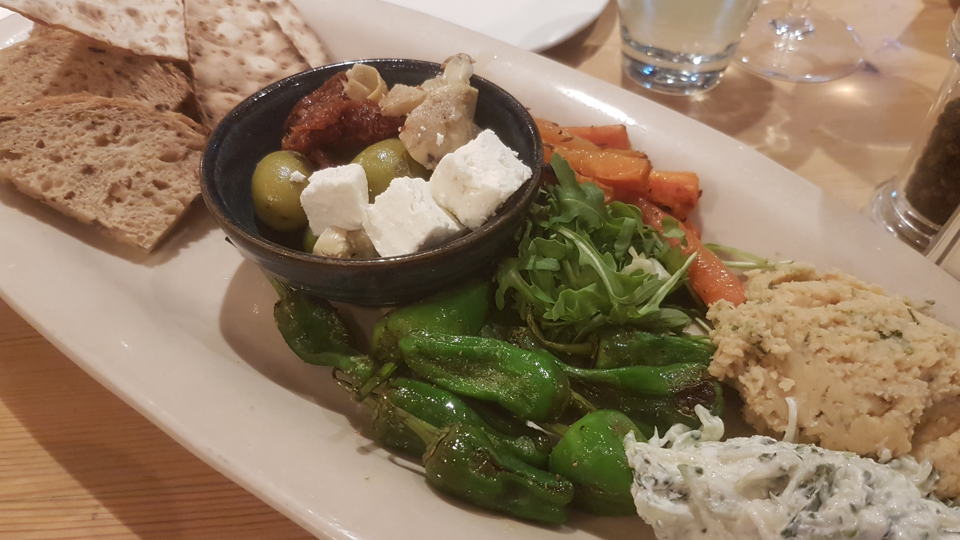 We began with a platter of marinated green olives, sun-blushed tomatoes, and feta, marinated artichokes, Padrón peppers and cumin-roasted carrots, served with homemade humus and tzatziki. Top of the billing are those carrots, perfectly cooked and delicately spiced; likewise, the humus had a lovely consistency and a crumblier texture than some inferior runnier examples I have tasted. I would have preferred a little more generosity with respect to the tomatoes, but otherwise it was a fine starter, accompanied by a bowl of fried squid, rocket (arugula) and chili pepper. 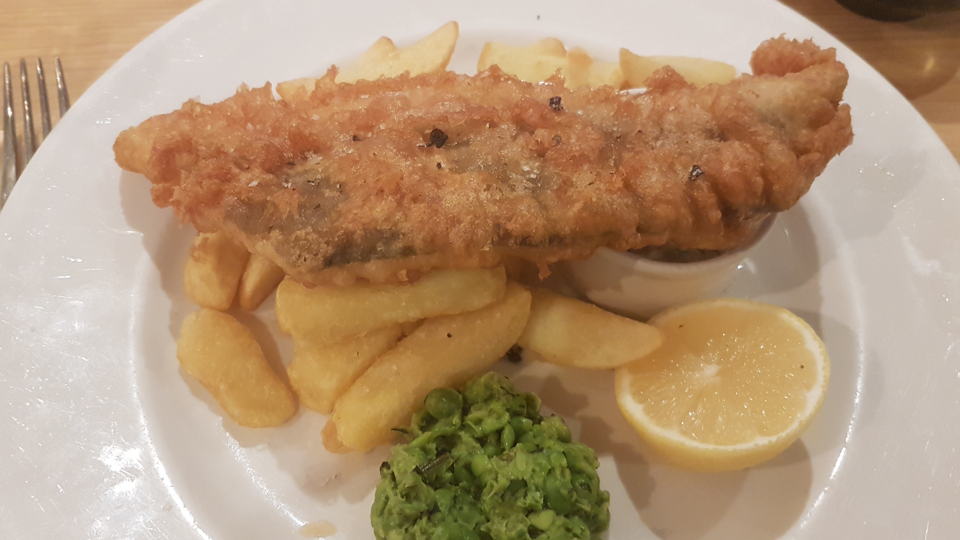 Fish and chips with mushy peas

I ordered fish and chips for my main course. Do not snicker at my choosing England’s signature dish. The simplest meals are the most difficult to do well. Anyone can batter a fish and chuck potatoes into a deep-fat fryer, which is why so many places churn out run-of-the-mill fare for undiscerning diners. It’s no different from an Italian restaurant baking their ne plus ultra pizza or a Japanese counter serving perfect ramen; there is a knack to getting it just right. The fish must be fresh, and the batter preferably flavored with beer, firm and flaky without any sogginess; it cannot be too thick, but neither do you want a thin coating. The fish should come with freshly prepared mushy peas and tartar sauce. But the humble chip is where most fail. It must be made from Maris Piper potato, the consistency light and fluffy inside with the perfect crunch on the outside. Finally, don’t overload the plate – it’s quality, not quantity, that counts. Suffice it to say that the Onslow Arms’s fish and chips ticked all the boxes. 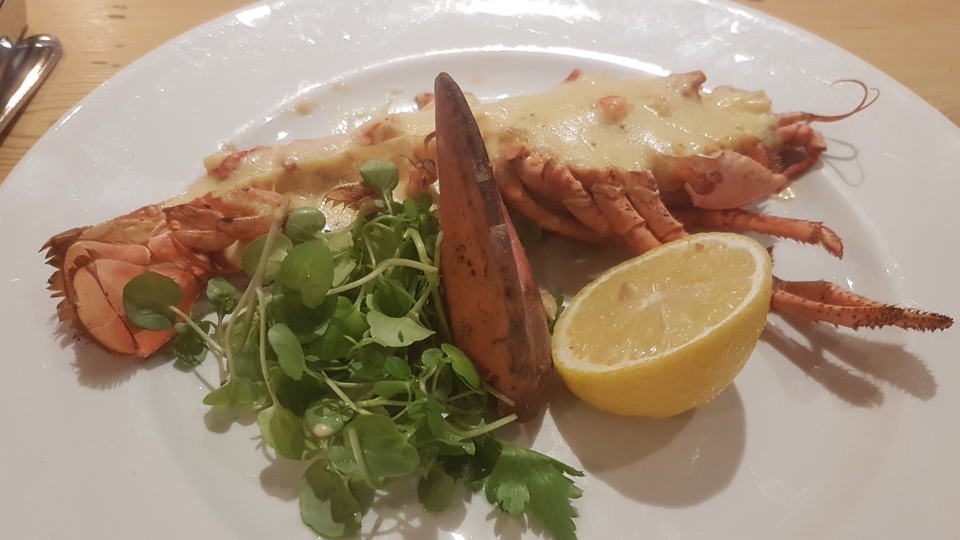 Lobster with cheese and wine sauce

There was also a special: half a lobster in a cheese and wine sauce. I found this just a bit ordinary – a criticism I level at lobster generally, rather than this particular example. Maybe it’s just me, but I have never had a lobster that has whisked me away to gustatory nirvana. It’s one of those dishes that is loaded with anticipation and looks impressive on the plate with those menacing claws. Then I tuck in and find myself a) disappointed by the amount I can chew and b) rapidly losing the will to live as I faff about crushing those claws in order to extract half a mouthful of lobster and consequently questioning whether it was that worth all that effort. 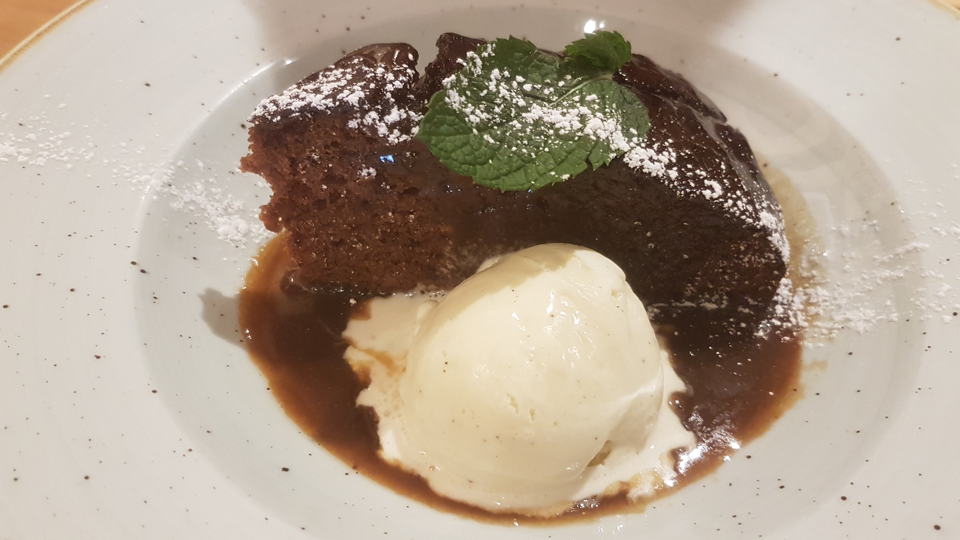 To finish, there was sticky toffee pudding with vanilla ice cream. I should run a mile from this dessert that uses up my recommended calorie intake for the rest of 2020, and yet words cannot convey how orgasmic it is. The key is that it is rich but not heavy, a pudding that is decadent yet not overbearing and does not induce pangs of guilt as you lick the bowl clean. The best thing about this particular sticky toffee pudding is that it is so “100 points” that I will not be seduced again, since nothing else will compare. Why risk disappointment? 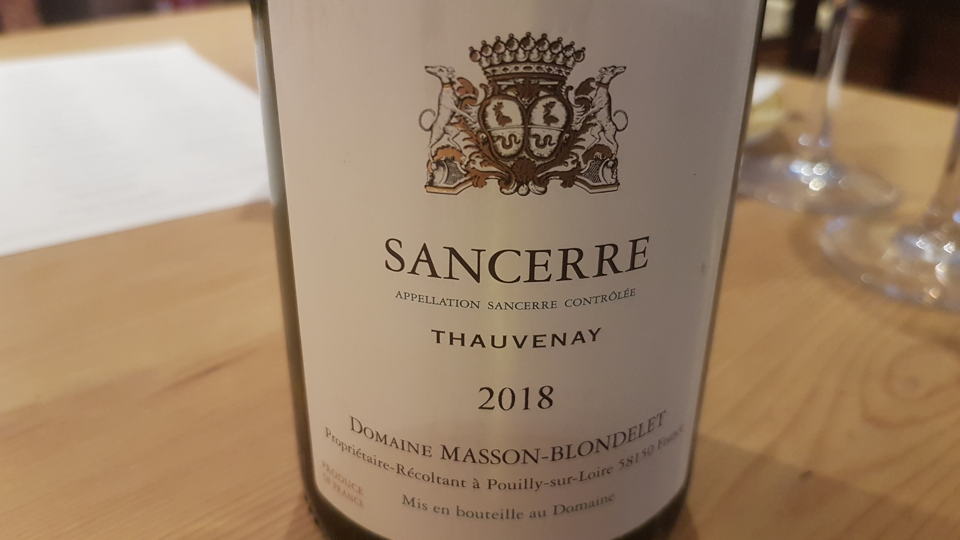 The one letdown at the Onslow Arms is the wine list. Given constant demand for tables and a location in one of the wealthiest areas in England, there is surely more scope to broaden the wine list beyond familiar wineries. How about a few left-field names, a smattering of artisan producers to attract the thirsty oenophile? The selection is far too conservative. I had recently been enjoying a few Loire wines, so I ordered a bottle of 2018 Sancerre Thauvenay from Domaine Masson-Blondelet. The aromatics take 10–15 minutes to warm up before offering pear and gooseberry scents that are focused and nicely defined, if not amazingly complex. The palate is hampered by a lack of tension that afflicts a number of Chablis wines from the same warm summer. It struggled to deliver the zip and nerve that a cooler season might have imparted. Better was the 2018 St-Joseph “La Source” from the reliable Ferraton Père & Fils. Offering blackberry, leather and a touch of game on the nose, it comes across clean and vibrant. The palate is full-bodied with fleshy ripe black fruit laced with clove and black pepper, bold tannins and a sweet, accessible finish that shows a touch of piquancy. Just the ticket.

It was good to see both inside and outside tables full in these difficult and unpredictable times. To quote the manager, “Eat Out...” came as a godsend at a critical time, and it will be interesting to see whether other countries follow suit. The pandemic has affected not just celebrated destination restaurants, but more modest, long-standing establishments that care about the food on the plate and excellent service. Having pulled its first ale over 200 years ago and survived numerous wars and depressions, not to mention the odd pandemic, I am optimistic that the Onslow Arms will weather this latest challenge.