This was my first dinner at Asiate, the restaurant located in New York’s Mandarin Oriental Hotel. We were seated in a corner table that provided spectacular views of Central Park West as late afternoon melded into night. The tasting menu created by Chef Toni Robertson to match our wines was fantastic. A number of dishes stood out, most notably the egg cocotte, the salmon and the wild boar, but it was the étuvée that was totally transcendental. I found myself tasting this sublime creation in my mind days later. Wine Director Richard Hales and his team did a great job in keeping up with the many bottles and glasses throughout the night. All in all, this was a superb evening of food and wine.

In 1906 Theodore Roosevelt became the first US President to visit a foreign country and the first American to win the Nobel Peace Prize. It was the year of the devastating Great San Francisco Earthquake and of the first airplane flight in Europe. Pol Roger also made a very fine, tasty 1906 which has stood the test of time beautifully. We tasted two half-bottles and there was some variation, but the better bottle was unctuous, full-bodied and utterly fascinating; it was a wine I literally wanted to be immersed in. 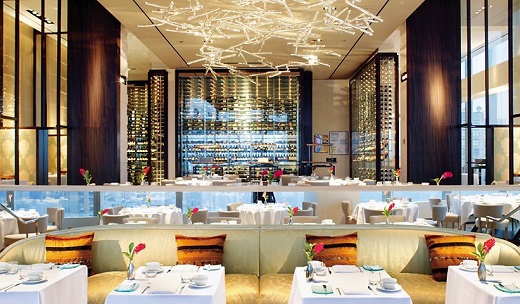 What can I say about our flight of 1960s Dom Pérignon? A lively debate ensued over which was the “best” wine, but it was truly hard to pick a favorite as all of these Champagnes were remarkably pure and elegant. The wines continued to change in the glass, with a never ending array of aromas and flavors that was totally captivating. The 1961 Dom Pérignon showed hazelnut and spice overtones in a fully resolved, feminine style. It improved dramatically throughout the evening and I found myself coming back to it often. The 1962 Dom Pérignon offered perhaps a touch more clarity and freshness, if slightly less complexity, than the 1961. This was an understated wine that begged for a moment of quiet contemplation. The 1964 Dom Pérignon presented notable density and richness in an engaging, generous style. It was less complex than the other wines in this flight and came across as somewhat two-dimensional, but it opened up beautifully over the course of the night. I was thrilled by the 1966 Dom Pérignon. Light on its feet, this perfumed, beautifully sculpted wine drank splendidly. The 1969 Dom Pérignon, the house’s last wine to be aged in cask, was fully mature. It revealed a full-bodied, unctuous personality in its oxidized, caramelized aromas and flavors. Our magnum of the 1971 Dom Pérignon was slightly corked which was especially disappointing given that the wine was otherwise fresh and vibrant.

Our flight of Giuseppe Mascarello Barolos was one of the highlights of an evening full of profound wines. These wines were made when the tradition in Barolo called for the blending of fruit from different sites to give wines a combination of aromatics, fruit and structure few single vineyards are capable of. Every time I taste the Mascarello Barolos from this era I am amazed by how complete they are. The 1961 Barolo Riserva was singing. Sweet, perfumed and incredibly pure, it wafted onto the palate with extraordinary grace and elegance. The 1964 Barolo Riserva, an ex-cellar bottle, could have passed for grand cru Burgundy in a blind tasting. It was exquisite as it revealed tons of layered fruit, superb balance and the structure and weight to drink well for at least another few years. Had the 1967 Barolo also not been an ex-cellar bottle I might have had doubts about its provenance. This was a big, richly colored Barolo loaded with dense fruit and a deep, powerful personality. It wasn’t as elegant as the other wines in this flight (both Riservas), but it was nevertheless impressive.

A lovingly cared for 1962 Leroy La Romanée was spellbinding. Everything about this wine approached perfection; from the beautiful color to the profound aromatics to the well-defined flavors that danced on the palate with the grace of a ballerina. This breathtaking bottle captured the essence of the alluring qualities that makes perfectly-cared for older wines such a thrill to drink. The 1964 Leroy Grands-Echézeaux enjoyed a very strong showing. It was a big, structured Burgundy, yet it offered a very sensual expression of sweet, perfumed fruit. This was my second great bottle of this wine in the last six months. Unfortunately Domaine Moillard’s 1966 Bonnes Mares was shot.

The 1961 Burgundies that was served with the crispy suckling pig were gorgeous. Jean Gros’s 1961 Richebourg revealed a nice-up-front personality with notable depth, but it was incredibly tannic and the wine’s structural elements ultimately dominated over the fruit. Still, it was a pretty bottle. Domaine de la Romanée-Conti’s 1961 La Tâche was one of the greatest wines I have ever had the privilege of drinking. Deeply colored for a wine of its age, it offered up an exotic array of aromatics and flavors, with plenty of fruit to fill out its frame. It was heady, breathtaking juice. Louis Gros’s 1961 Clos Vougeot was served blind, and none of us were able to correctly place it. The wine was still fresh and intact, with a beautiful if somewhat linear personality and beautiful balance. It clearly suffered the comparison to the La Tâche in this grouping, yet it would have surely been the centerpiece of most any dinner.

Domaine de la Romanée-Conti’s 1980s stole the show in this next flight. The 1980 Grands-Echézeaux opened with the gorgeous, sensual aromatics that are its hallmark. Sweet and generous in its fruit, it revealed superb length on the palate, with a final note of freshness on the finish. The 1980 La Tâche was less expressive in its aromatics yet utterly monumental in its deep, massive core of fruit. This backward, structured wine appeared to still need cellaring! The 1980 Domaine Comte de Vogüé Musigny was impossible to assess as it was slightly off. Jean Gros’s 1980 Richebourg was not unlike the 1961 in that the wine’s structure overpowered the fruit. Our last Burgundy of the night was served blind. It was an explosive, ripe wine packed with an impressively dense core of fruit framed by new oak. It turned out to be the 2001 Domaine de la Romanée-Conti La Tâche, a wine that is perhaps 15 years away from being ready to drink. Needless to say it was an incredible privilege to catch this wine at this relatively early stage.

The 1795 Barbeito Terrantez was the perfect bookend to this dinner. Because of the age of many surviving bottles, Madeira is one of the world’s most evocative wines. I can’t drink Madeira without thinking about what was happening in the world when the wines were made. In 1795 George Washington was the United States President and the French Revolution was in full swing, but that’s not what made this wine so special. The 1795 Terrantez was just beautiful in its seamless, layered expression of this nearly-extinct grape variety. It offered superb concentration and spellbinding balance. Even after all the monumental wines we had enjoyed, it was impossible to resist a second glass of this magical elixir. For many of the tasters, myself included, it was among the highlights of an unforgettable night of great wines and friendship.

Spoons: A Selection of “Raw” Tastings

Selection of Chocolate and Mignardises