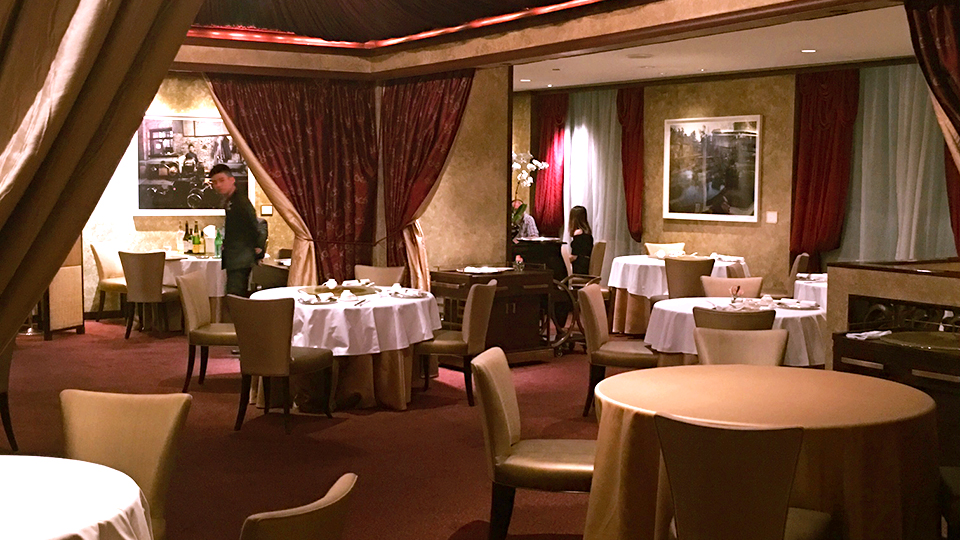 Inside the T'ang Court

One of Hong Kong’s most famous restaurants, the multi-award winning T’ang Court may not be the last word in trendy, but it offers precise cooking and a fine wine list in a classic, refined atmosphere.

There are restaurants you go to where the combination of food, wine, service and atmosphere helps create a Linus blanket-like effect. Alsace’s Auberge de l’Ill and Italy’s Dal Pescatore are such places, and so is Hong Kong’s T’ang Court – dining destinations where nothing is ever out of place, where you are more likely to find elderly, well-heeled couples dining than movie starlets and rock gurus, and where you go back time and again comfortable in the knowledge that your evening will proceed without any bumps in the road whatsoever. And where one very fine dining experience after another lies in waiting. 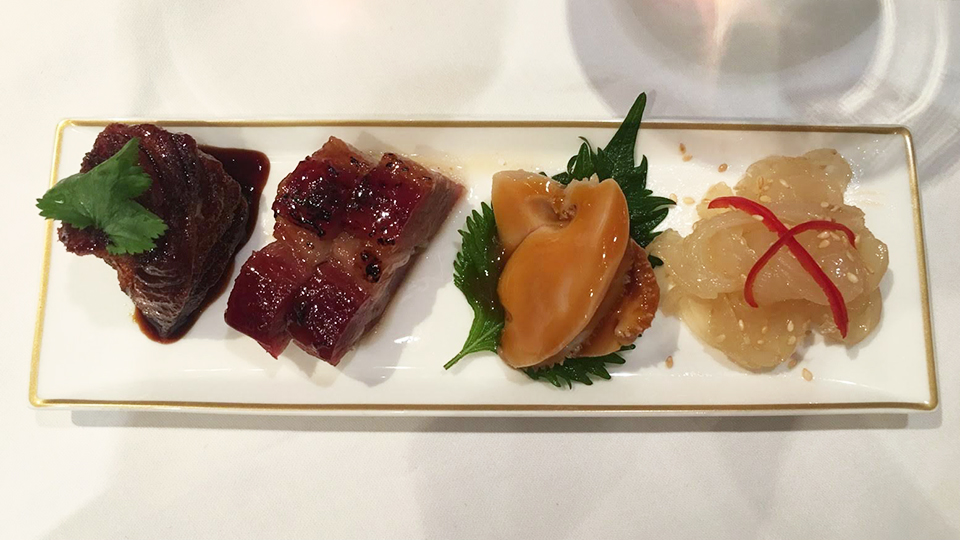 T’ang Court specializes in refined, classically-rendered Cantonese dishes. Some, like the stuffed crab shell, the lobster with spring onions, crispy T’ang Court chicken, and the deep-fried taro puffs with shrimps have become true classics. Housed in the Langham Hotel in Hong Kong’s luxury shopping (and hopping) Tsim Sha Tsui district, the restaurant is characterized by lavish furnishings with two plushly carpeted and heavily draped rooms, an intimate upstairs one and a more traditionally Chinese-styled dining room on the first floor. The setting harkens back to the Chinese Golden age of the Tang dynasty. Anywhere you sit, you’ll find that privacy is well looked after, with large tables that are set far apart virtually guaranteeing the ambience is always one of quiet calm. Though hushed, the atmosphere is never stale or excessively formal and the well-heeled patrons genuinely seem to have a good time. 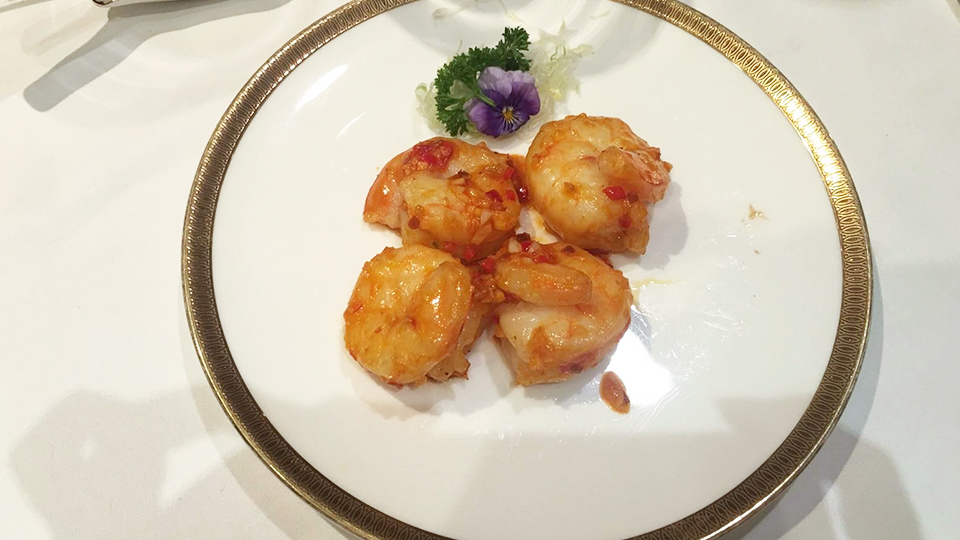 T’ang Cort’s talented Executive chef Kwong Wai-Keung, who started as a kitchen assistant in Central (a Hong Kong district) when he was fourteen, and now boasts close to fifty years in the profession, could probably cook traditional Cantonese fare with his eyes closed. However, many of his food preparations also provide interesting and innovative twists that do not detract from the mostly classic rendering of each dish. Clearly, seasonality is everything in high quality Cantonese cuisine, but Kwong Wai-Keung also pays special attention to the ingredients he sources, which is one of the secrets to his success. For example, the lobster he uses for one of his signature dishes is a local species that lives in shallow waters (apparently, the low water pressure helps keep the meat more tender and rich in flavor); and in an example of Kwong Wai-Keung’s attention to detail, he chooses to cook with those of smaller size, as their flesh is sweeter and firmer than that of the larger farm-raised lobsters on menus everywhere else. Such thoughtfulness is apparent in many other dishes at T’ang Court as well. For those with smaller appetites or less time on their hands, the restaurant also serves dim sum Monday through Saturday). 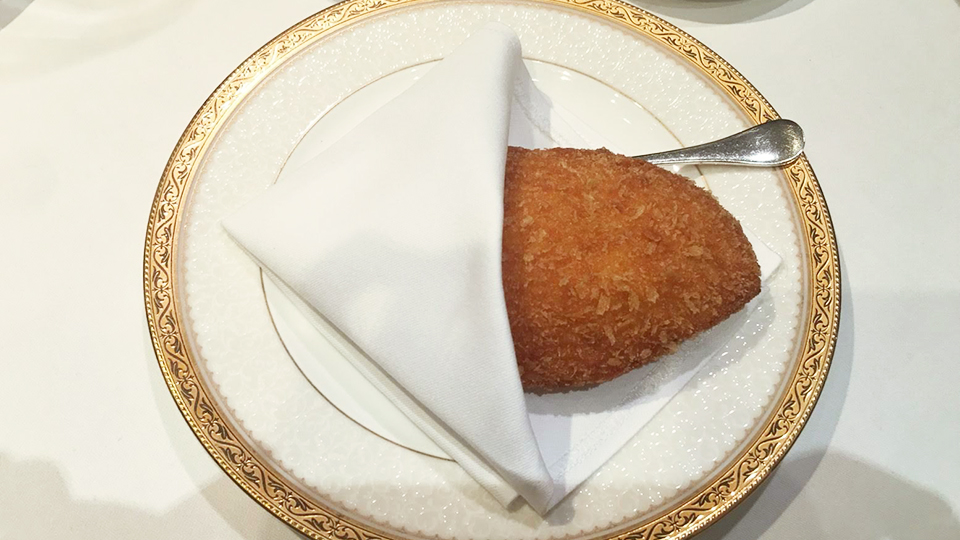 My latest meal at T’ang Court was delightful and memorable as always. The T’ang Court combination of jellyfish, Cantonese-style barbecue pork, African abalone, and fried diced cod is a terrific starter, and also a perfect way by which to get to know the chef’s personal style of cuisine. Abalone is a mollusk (like clams and mussels), a sort of flat sea snail that is considered a gastronomic delicacy all over the world. I had not had African Abalone before. The best known African abalone is the perlemoen of South Africa, Haliotis midae or the midas ear abalone, in English. While its texture was more or less what I am used to with abalone, its flavor palette struck me as being considerably different than that of abalone fished off the waters of Australia or North America that I have had numerous times before. This can hardly come as a surprise, given that there are anywhere from thirty to over one hundred different species of abalone living in the world’s waters (the most accurate list counts fifty-six species and another eighteen subspecies). Consequently, even noteworthy differences between the aromas, texture, and flavor of the abalones one tastes in cities as far removed as San Francisco, Halifax, New York, Melbourne and Shangai are only to be expected, the result of both the different species and the waters they live in. The golden fried fresh prawns with sweet and sour sauce are a delicate preparation, where the sauce does not overpower the sweet taste of the plump shrimp, though the portion that reaches your table is not exactly large and could use getting kicked up a notch (or two) in size. The baked stuffed crab shell with crab meat and onion is the best dish of the night (which I often find to be the case here) with one moist, intensely flavorful piece of crabmeat after another. 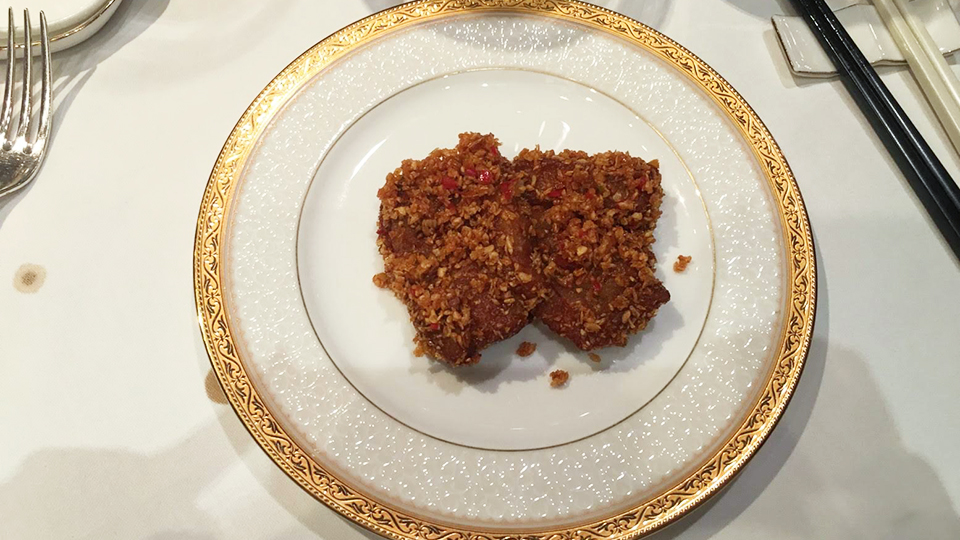 The wine list at T’ang Court is also outstanding. Readers will find a wide range of labels and vintages from all the world’s wine production areas. Prices aren’t especially gentle for the most important, well-known bottles, but they rarely are in HK restaurants. I kicked off my latest meal with the 2015 L. Dupatis Chablis, a high acid wine that makes up in freshness for what it lacks in flesh and depth. Never one to disappoint, the 2014 Famille Hugel Alsace Pinot Gris Classic  is a “classic” wine in more than just name only, with precisely chiseled pear and pomaceous orchard fruit aromas and flavors that linger nicely. I could easily have enjoyed my whole meal with this Alsatian beauty that has picked up some depth and size since when I first tasted it back in 2016. Though not the last word in refinement or nuance, the 2013 Luigi Righetti Amarone della Valpolicella Classico Capitel de Roari is competently made and very Amarone-like, although it is a little short on fruit. It also does not really match well to many of the dishes I chose this time, and though I am always willing to try new things, I don’t think this is an especially inspired choice on my part, at least on this night. When and if I choose to try this wine again, I’ll stick to meat dishes. The 2001 Château Musar is drinking beautifully right now, with notes of tobacco and flint complementing the dark berry aromas and flavors and polished tannins. Although the 2001 turns slightly austere on the long finish, it strikes me as a fruitier less gamey than usual Musar that is drinking perfectly now. Clos Dady is a tiny (3.5 hectare) property nestled between Château de Malle and Château Bastor Lamontagne in the commune of Preignac. The wines have always been well balanced and full of early appeal, if not monsters of concentration. Happily, the 2017 offered en primeur is one of the best vintages in recent memory. The 2009 Clos Dady Sauternes shows very well on this particular night, providing a lovely, delicate wave of sweetness that finishes our meal off perfectly, without weighing down the palate in any way. 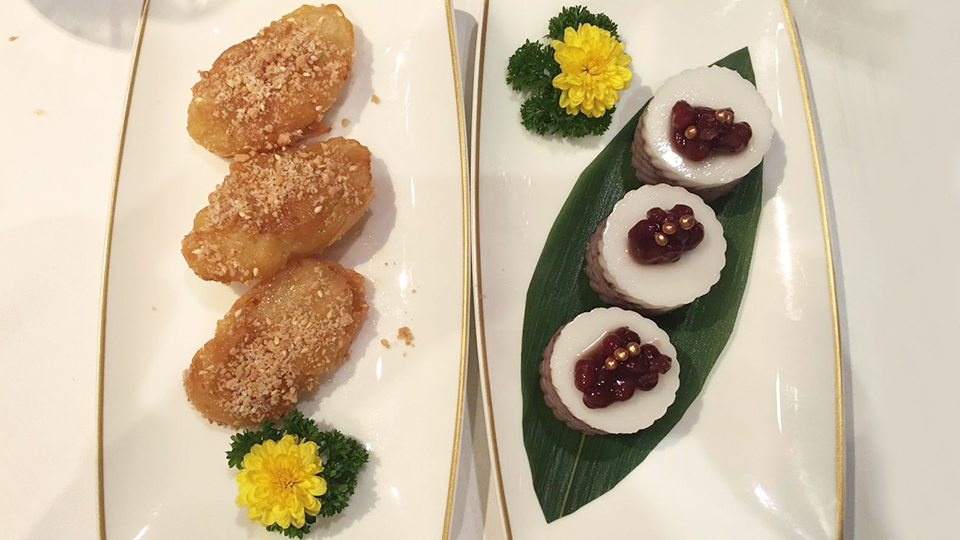 T’ang Court is located conveniently near the waterfront, so a late evening stroll by the water is easy enough to do at meal’s end. As you walk amongst the happy throngs of people outside, you will undoubtedly find yourself thinking that “impeccable” is the single descriptor that best applies to the T’ang Court dining experience. In fact, the cruise control button is so perennially on that walking out of the place without even realizing that the evening just flew away – always a good sign when dining out – is very much the rule rather than the exception. 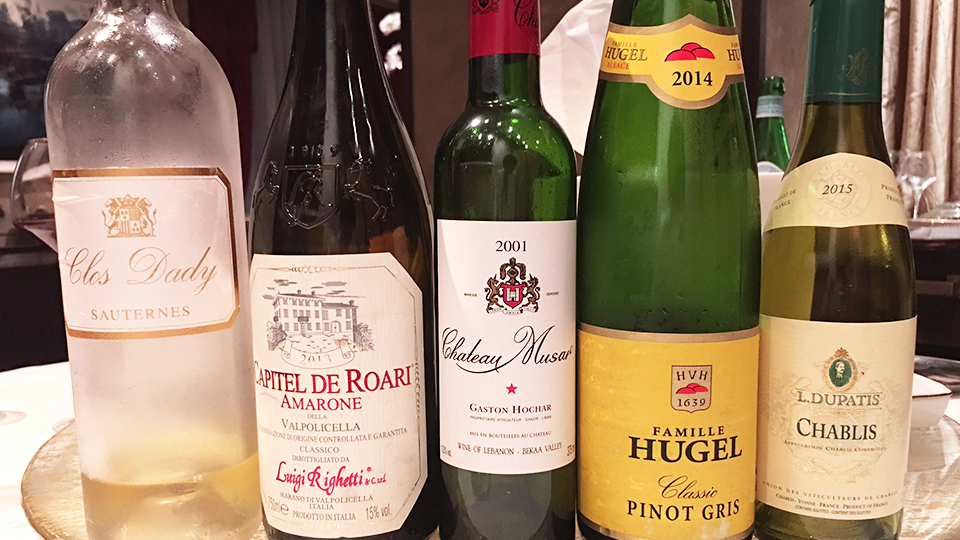