I was delighted to be the guest of honor at this charity dinner in Raleigh a few months back.

Our hosts teamed up with Chef Ashley Christensen for what turned out to be an incredible evening of food and wine, all for a great cause. The dinner raised $30,000 for the Frankie Lemmon School, which provides a number of programs for children with learning disabilities. I was amazed to see the degree to which the School is able to impact the lives of those in need.

The best 1996 Champagnes remain epic, benchmark wines. From magnum, they are especially thrilling. Krug’s 1996 Vintage is insanely beautiful. Vivid, alive and vibrant, the 1996 presents searing intensity and power. What a privilege it is to taste the 1996 from magnum. Readers who might still be able to find the 1996 at a reasonable price should not hesitate. Philipponnat’s 1996 Clos des Goisses isn’t too far behind. Here the flavors are richer, broader and more immediate, yet there is plenty of 1996 energy and tension. 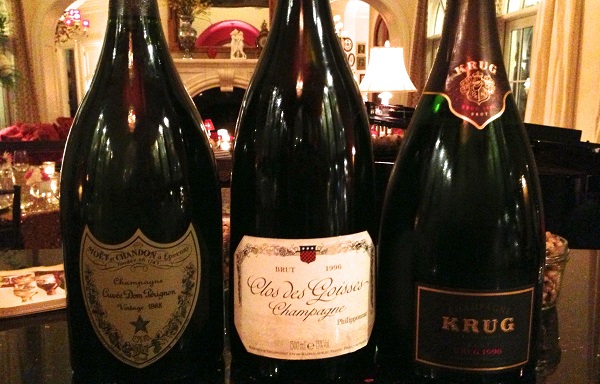 A trio of epic Champagnes to start

An unexpected treat, the 1988 Dom Pérignon is a fabulous surprise. Here the flavors are bright, focused and tense, with attractive floral and citrus notes that cut through the richness of the chilled lobster appetizer. Mark Aubert’s 2006 Chardonnay Ritchie is more of a pairing of similarities rather than opposites. The 2006 Ritchie is resonant and generous in the glass, with plenty of butter and tropical-inflected overtones that play off the richness of the lobster beautifully. Showing no signs of fading, the 2006 should continue to drink well for at least a handful of years.

The 1982 Château Lafite-Rothschild, from magnum, is a bit rough around the edges, but still striking in its beauty. Sometimes small imperfections add complexity in a wine. That is certainly the case with the 1982 Lafite. Beaucastel’s Châteauneuf-du-Pape Hommage a Jacques Perrin is one of my very favorite wines. Unfortunately I don’t get a chance to drink it all that often. Our magnum of 1990 is truly magnificent. A wine that takes over all the senses, the 1990 impresses for its layered personality and breathtaking fruit. In a word: stunning. The baguette topped with ragout of beef ribs, pork shoulder and oyster mushrooms is perfect with these two aged, Old World reds. 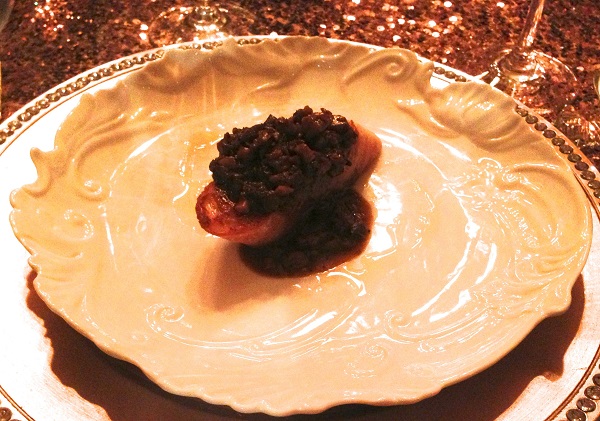 Two Piedmont favorites are fabulous with the porchetta. Admittedly, Gaja’s 1997 Sperss doesn’t quite hit the high notes it so often does. More often than not, the 1997 has been pretty much open for business, but this bottle is more reticent than other recent examples. Giacosa’s 1999 Barolo Le Rocche del Falletto is a true classic. Laced with rose petals, tar and camphor, the 1999 is textbook Barolo from one of Serralunga’s very finest sites. What a wine! 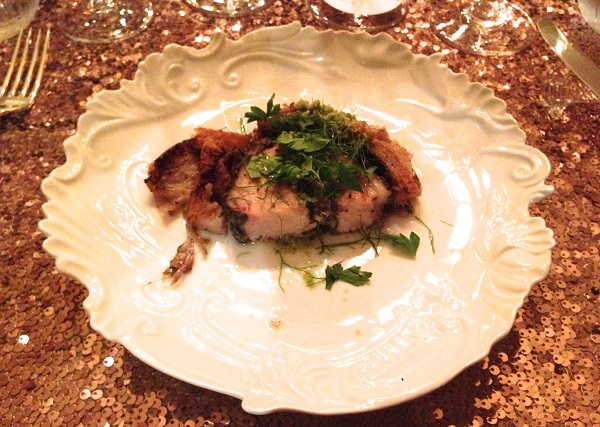 The 1994 Harlan Estate, from magnum, is another stunner. Time has softened some of the wine’s exuberance, yet the purity of the flavors and textures remain utterly compelling. At nearly 20 years of age, the 1994 is simply magnificent. I don’t expect the 1994 will last forever, but it has reached an apex of expression that is compelling. The sweetness and silkiness contrast the richness of the beef tenderloin ‘au poivre’ perfectly.

Dinner comes to an end with Romano Dal Forno’s 1997 Recioto. Pure nectar in the glass, the 1997 is a rare treat to taste, as the master of Illasi bottles this wine with notable infrequency.  We polish off two bottles, both of which are superb. 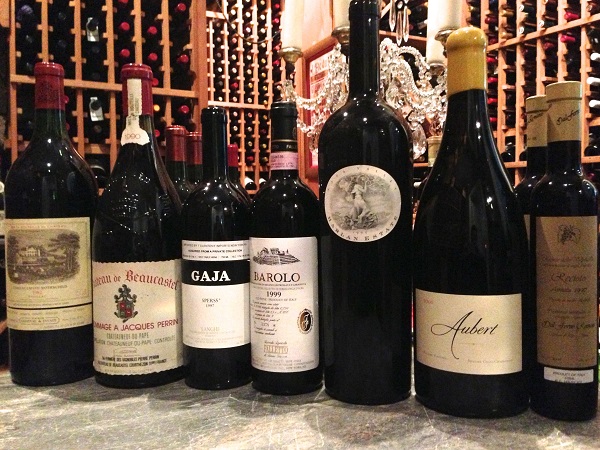