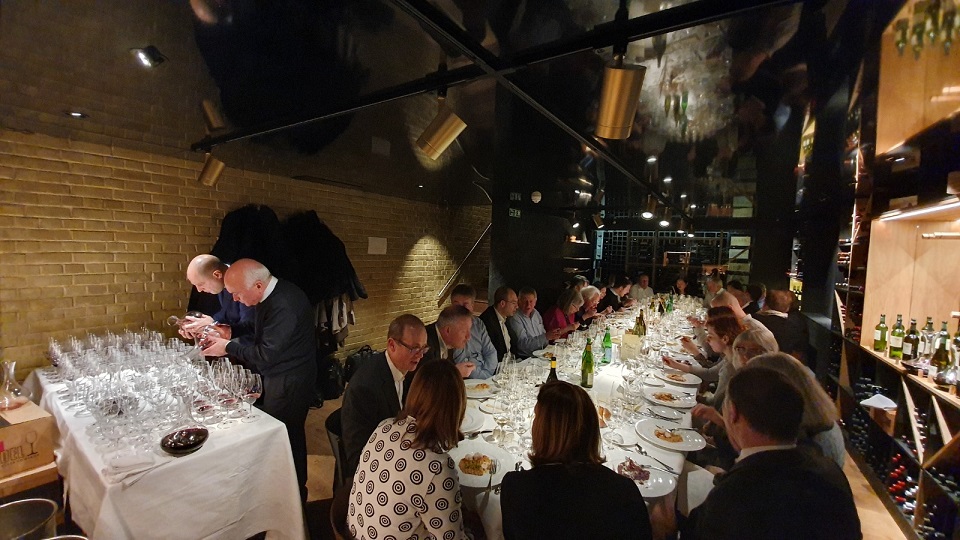 A fine evening of Miani wines in London

Giuseppe Turi, originally from Puglia, arrived in London in 1982 and built a solid career in the wine and food industry. He started off by joining the Athenaeum Hotel, where he became the sommelier, a role in which he quickly demonstrated competence (in fact, he placed second in the UK Sommelier of the Year Competition in 1987). After various positions and stints in other London fine dining institutions, in 1990 he opened Enoteca Turi, which he still runs today with his wife, Pamela. One of the few Italian restaurants I actually eat in when abroad (I don’t mean to be a snob, but Italian food cooked outside of Italy, as good as it might look and taste, is rarely truly Italian, if for no other reason than that the available ingredients just aren’t the same), the outstanding Enoteca Turi offers food very much like what you find in Italy. 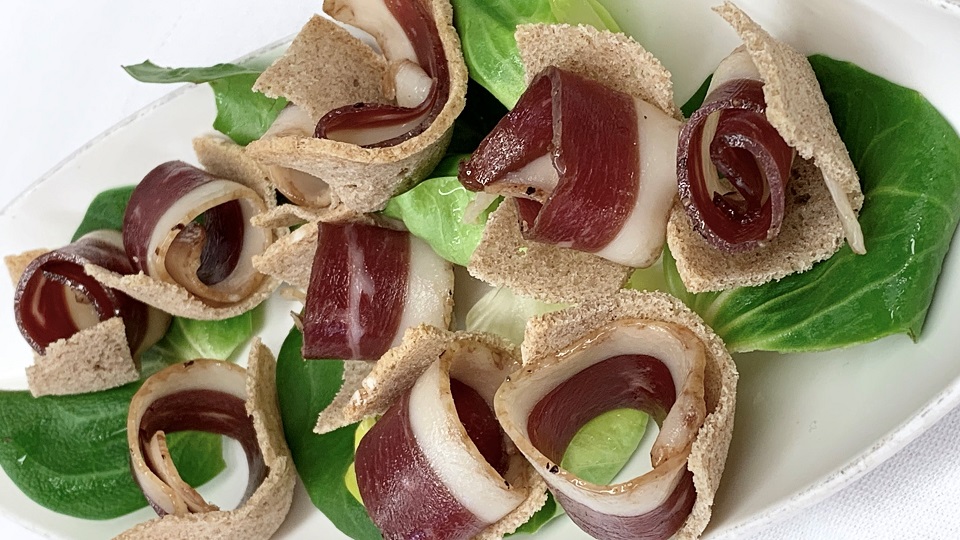 So when a friend called up wondering if I might like to take part in a dinner at Enoteca Turi featuring a bevy of Miani wines, I accepted even before he had finished asking the question. The prospect of great food and an impressive collection of Italy’s best white wines (and some of its best reds, too) will get a “yes” from me any time, other commitments permitting. 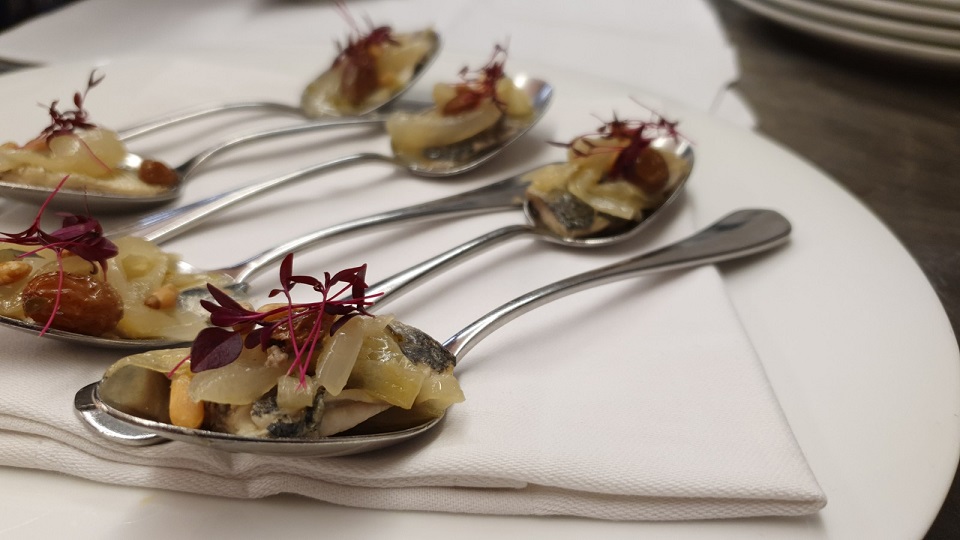 Readers who follow me on Vinous know how highly I think of the wines of Friuli Venezia Giulia’s Miani estate (I am in good company in that regard). Miani owner Enzo Pontoni is an artist and a talent, a man who is able to make wines at a level that practically nobody else in the country can manage. It was no different on this night, when many of the wines (though not all) showed just how magnificent they are, comparable to those made by the great names in world wine, be it Leflaive, DRC, Haut-Brion, Chave or others of that ilk. 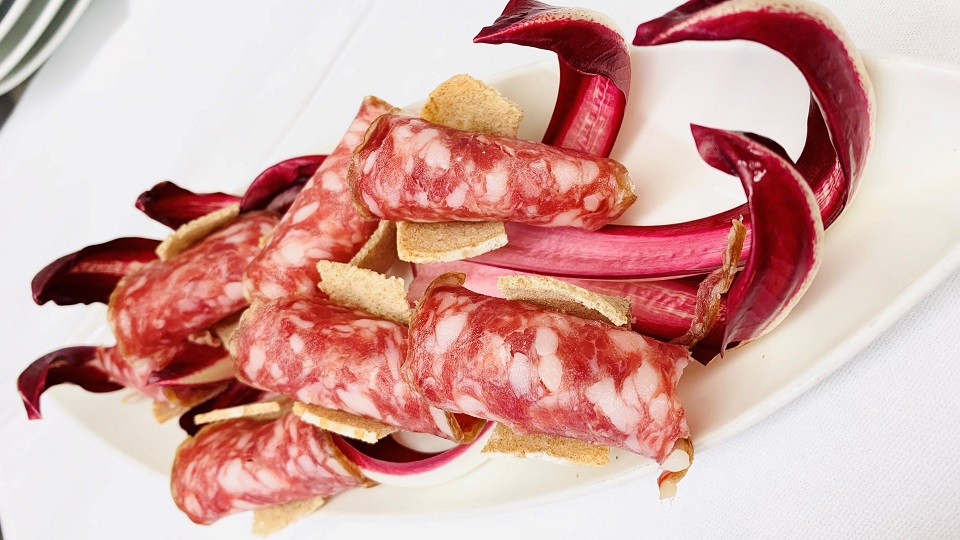 The evening started off with a typical FVG appetizer of goose prosciutto, fricò potato cake, sardines in saor and Friuli salami that I doubt I could have had any better in Friuli itself. The seared scallops, cannellini bean purée and rosetta di Gorizia radicchio and the langoustine risotto were also highly enjoyable, though the latter dish is more typical of Italy than the former (scallops aren’t really a big part of Italian cuisine). The seared venison filet, braised shoulder, prune gnocchi and Savoy cabbage was precise, flavorful and thoroughly excellent, and the cheese selection provided a very good way to finish off the red wines of this night out, especially the older vintages. 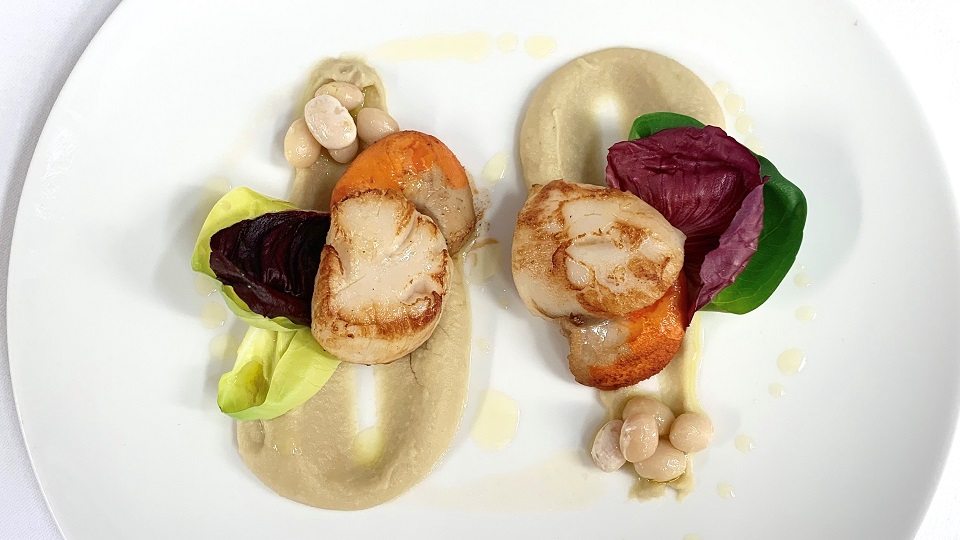 The succession of wines was fantastic. Things couldn’t have started off any better than with the 2012 Friulano, perhaps the surprise wine of the night. Drinking beautifully, with a hint of noble rot, this, still very young Friulano, is just as good as many of the much more expensive and sought-after Friulano selections (the Filip and the Buri) that Miani is famous for. I was really impressed by the concentration and balance of this wine, as was almost everyone at our dinner table. Simply put, this wine’s lesser pedigree didn’t prepare me for such a knockout showing. The Ribolla Gialla wines were paired with the scallop dish, and they handled this match brilliantly. Best on the night was the 2015 Ribolla Gialla, which proves luscious, rich and concentrated, a hint of noble rot and of air-dried grapes giving extra lift and complexity to the tangerine, chamomile and stone fruit flavors. The wine possessed an added dimension that the other white wines of the evening, as good as they are, all lacked. The 2017 Ribolla Gialla, still painfully young but potentially very great, is slightly more mineral and less opulent than the 2015 (without quite the hints of air-dried and noble-rot-affected grapes), while the 2014 Ribolla Gialla is disappointing in its linear delivery of dried pear and peach fruit and a trace of dilution on the midpalate. This wine confirmed the difficulties posed by the 2014 vintage’s copious rain and cold weather. 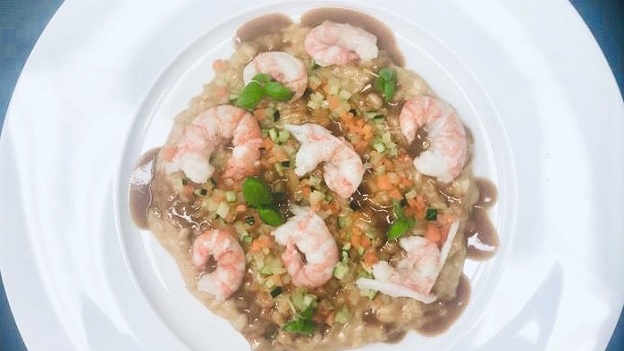 Curiously, while all drinking beautifully, Miani’s Sauvignon wines showed less brilliantly than I expected on this night. Certainly, they paired very well with the risotto, neatly adding their delicate aromatic touch to the strong aromas and sweet flavors of the scampi. The 2017 Sauvignon Blanc is clean and fresh, with sneaky concentration and clear-cut Sauvignon aromas and flavors, offering very good depth and richness of fresh citrus and herbal aromas and flavors. The 2016 Sauvignon Blanc Zitelle is characterized by pretty mineral nuances complicating tropical and orchard fruit notes, which were neatly extended on the long, vibrant finish by lively, harmonious acidity. However, this specific bottle of 2016 Le Zitelle Sauvignon strikes me as less powerful and rich than some others I have had. The 2015 Sauvignon Blanc Saurint is rich and dense, offering a heady nose of gooseberry, sage, passion fruit and white flowers. Not solely because of the year, it offers a richer and creamier but less mineral mouthfeel than the Le Zitelle. Nicely balanced, its rich, viscous mouthfeel lingers and lingers. It is virtually impossible to pick a favorite between Miani’s 2013 Merlot Filip and the 2013 Merlot Buri; the former is flintier and fresher, the latter more voluptuous and unctuous, but both are absolutely world-class Merlot wines with years of positive development ahead of them. The delicate coffee, cocoa and violet nuances of the Filip and the smoky, cocoa and creamy coffee reduction notes of the Buri only added levels of complexity to the exuberantly fresh black and blue fruit aromas and flavors of both. These two refined wines are very different from the 2004 Merlot Buri, which is so concentrated and rich that it comes across as positively jammy, though with enough acidity to keep it relatively light on the palate. Very complex, with notes of tar, licorice, ripe plum and blackberry nectar, this wine is extremely impressive for its sheer size and dimension of ripe fruit, and will especially appeal to those who love big, round, sweet Napa and Australian reds. 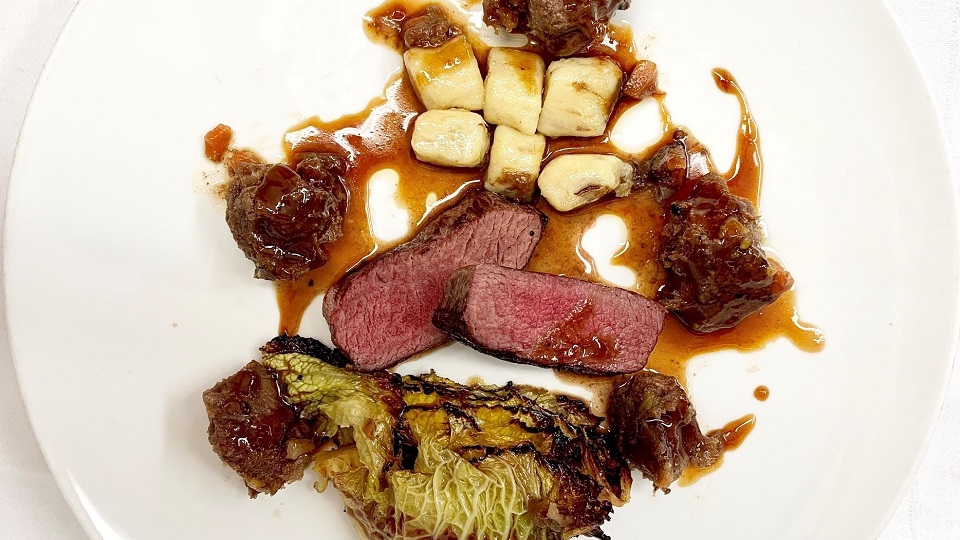 This evening of fine wine and food could not have ended any better than it did, with Miani’s 2013 Rosso, a Merlot-Refosco blend that is drinking beautifully, showing a suave, seamless quality to lavender, mint and blueberry aromas and flavors that are hard to forget. Likewise, the 2015 Refosco Cossut also stands out for its balance and remarkably polished tannins; given that Refosco del Peduncolo Rosso is not exactly known for these characteristics, it’s clear just how talented Pontoni is and how unique his wines are. But the real star of the night is the unbelievable 2004 Refosco Calvari, a true vinous work of art. I have never tasted a better Refosco wine in my life, and this specific bottle lacks some of the rustic notes I have found in some other 2004 Calvari wines; it magically combines power and grace, suave tannins and depth of red, blue and black fruit flavors complicated by notes of tobacco, mineral and flowers, and nearly endless length to create a seamless, multilayered drinking experience unlike any I have yet encountered in this year’s collection of red wines. 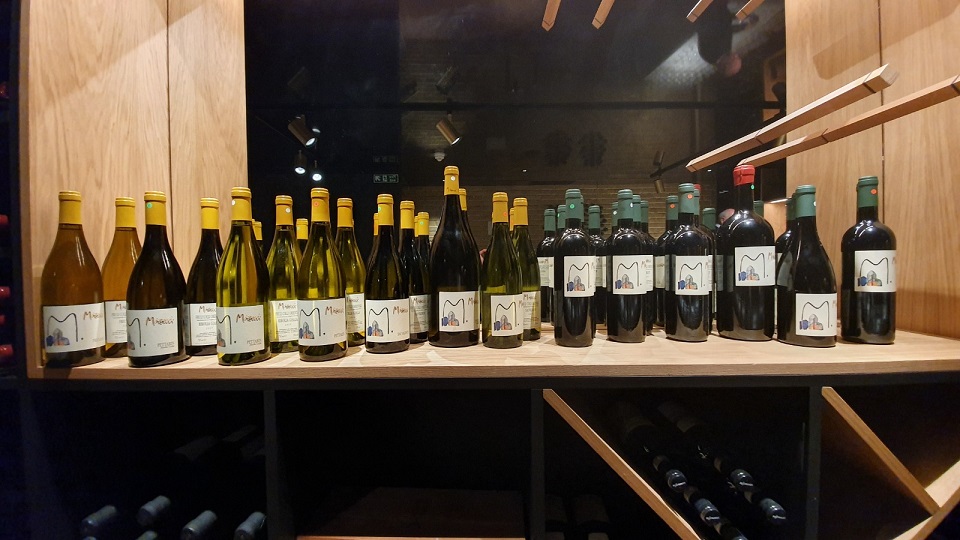 After all that, I can only thank everyone involved in making this night possible. It was a wonderful occasion to spend time in the company of great food, wine and friends.