On a recent trip to Oregon my meal at Ava Gene’s stood out as a true highlight. Executive chef Joshua McFadden’s resume is long and star-studded, but he is perhaps best known for his stint as Chef de Cuisine of Brooklyn’s legendary Franny’s. There, as at Ava Gene’s, the vibe is casual but meticulous, while the food is an exciting take on familiar classics. 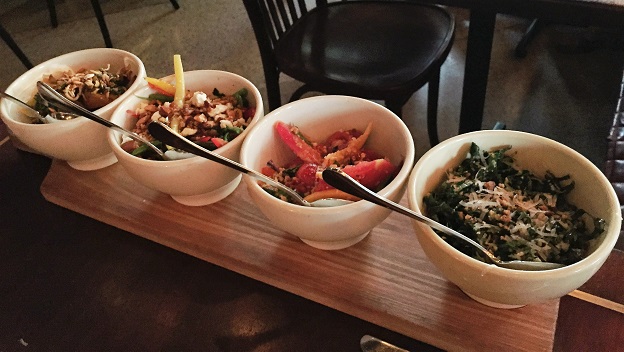 A selection of four giardini

The cuisine at Ava Gene is inspired by McFadden’s time in Rome, but is also firmly rooted in the bounty of the Pacific Northwest. Even the pasta dishes incorporate plenty of local, fresh produce. In fact, a significant portion of the menu is dedicated to giardini, a fantastically diverse range of salad-esque offerings. For those who, like me, want to try everything, the restaurant happily provides a sampler made of smaller portions of three or four selections.

I opted for the quartet, and was dazzled by the quality and individuality of each dish. The tomato salad was utterly tantalizing, with the accents of sweet peach and chili spice balancing each other on the palate. The beets in the beet salad were perfectly firm without flirting with rawness, while the flash-fried rice added a playful crunch and extra dash of earth. The “Tuscan Cavalry” salad, my favorite, was perfectly executed, with the salty brightness of the sarvecchio (a kind of American parmesan) and the toasted breadcrumbs adding excitement to each bite. 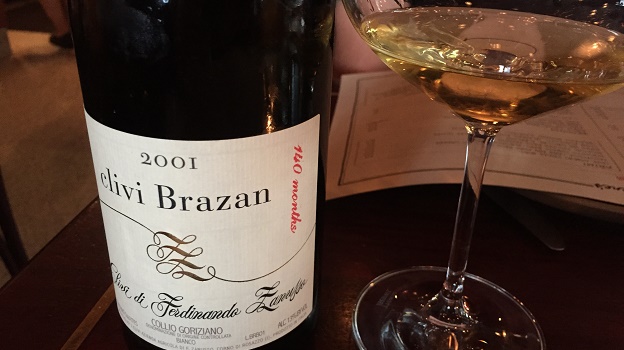 Such a range of salads required a versatile wine, and we turned to Ava Gene’s talented sommelier, Dana Frank, for help. Dedicated exclusively to Italian wines, the list was full of well-priced options from all corners of Italy, peppered with a smattering of trophy wines. As we wanted to try something unknown to us, Dana steered us to the unusual 2001 140 Mesi bottling from I Clivi in Friuli. This wine, made from 90% old-vine Friulano and 10% Malvasia Istriana, was fermented and aged in stainless steel, and kept on its lees for a remarkable 10 years and 2 months. The result was unlike anything I’ve had before, though the combination of breadth and focus, and the interplay of smoke and minerals, was vaguely reminiscent of a white Burgundy. The nose was expectedly yeasty, with a salty herbal quality that was redolent of Japanese green tea. It entered the palate broadly and gently, and concluded with a penetrating mineral funk and a lightly pert finish. Simultaneously exotic and subtle, the wine blossomed and retreated in turns over the course of our dinner, and continued to evolve texturally with air. 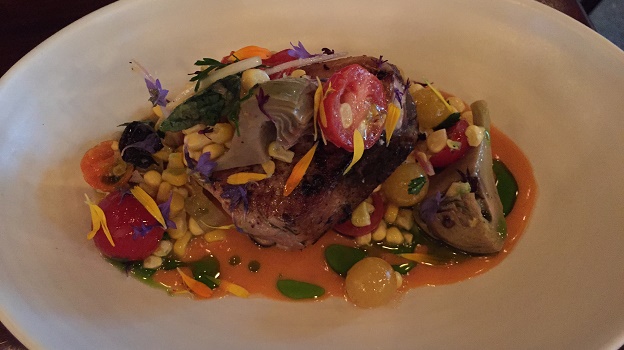 Utterly charmed by our wine, we decided to nurse it through the entrées, and were delighted to find so many white wine-friendly options available. My friend’s Albacore dish was visually stunning, stacked with fresh corn, cherry tomatoes, and artichokes, and adorned with flower petals and herbs. A subtle tomato vinaigrette and dots of green herb oil tied the dish together into a beautiful, unified whole. 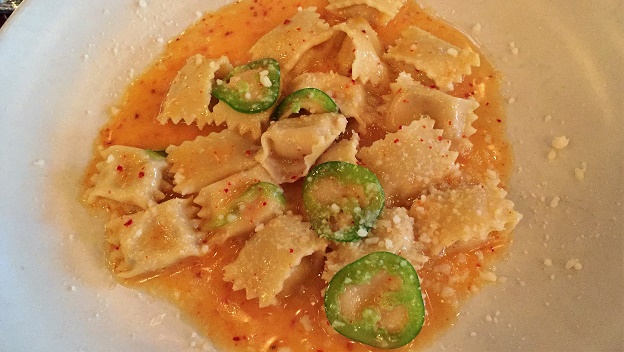 My pasta dish, a corn agnolotti, was simply irresistible. The pasta itself was weightless, and packed with pure sweet corn flavor. The butter-based sauce was decadent without feeling heavy, and jalapeno rings kept the palate sharp with their occasional vegetal bite. Both dishes were terrific matches with the I Clivi, though the spice in the pasta emphasized the wine’s alcohol a touch. 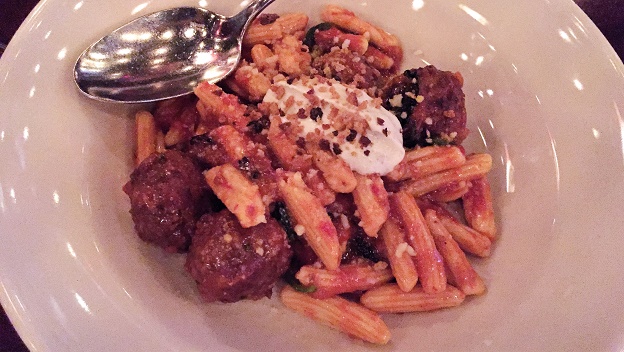 We split the special meatball entrée, basically as an excuse to enjoy some red wine. Made entirely of ground ribeye, the tender meatballs were lightly coated in a slightly spicy, basil-heavy tomato sauce, and dusted with thick, crunchy breadcrumbs. Though certainly delicious and hearty, this dish paled somewhat in comparison to the preceding splendor. To accompany the meatballs, Frank selected two glasses of red, which were quite different in nature but both made a lovely match with the food. 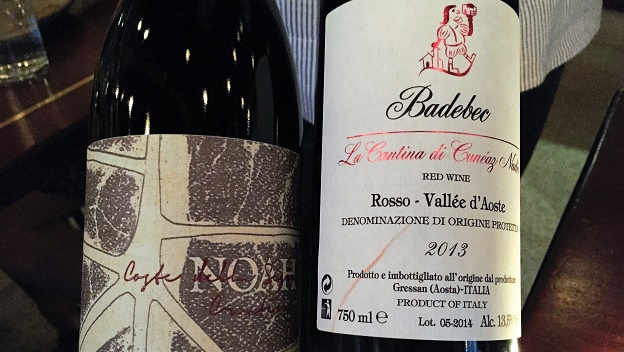 A study in Italian diversity

The lighter and brighter of the two reds was the 2013 Badabec from La Cantina di Cuneaz Nadir. Made almost entirely of Petite Rouge, this wine hails from an impossibly tiny property in the Valle d’Aosta. The nose boasted lifted scents of cut cedar, black peppercorn, red apple, and pine; the palate was sappy and lean, with a highly acidic, refreshing finish. The 2011 Croatina by Noah, on the other hand, was dark and inky; juicy, with more than a little touch of tar and a granular, tannic texture. The Badabec was a matched companion for the heat in the sauce, echoing and emphasizing the brightness of the tomatoes with its tone, while the Croatina smothered the fire with the weight of its rich, dark fruit. The fact that both were successful matches is a testament to the skill of the sommelier. 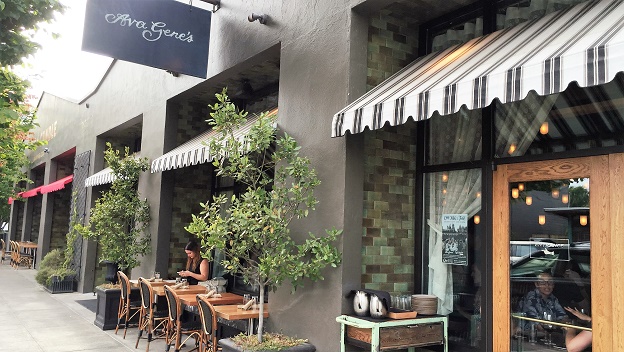 An exterior shot of the cozy, brasserie-like Ava Gene’s

At the meal’s end, I walked away extremely satisfied. Though I have been fortunate enough to eat in some of the world’s great restaurants, my true preference is for places like Ava Gene’s. The physical space was stylish but homey, the energy of both the guests and the servers was high, the wine list was reasonably priced with plenty to discover, and the food was beyond reproach. The execution of the dishes was flawless, and displayed an attention to texture that I’ve rarely seen in such a (relatively) reasonably priced restaurant. I take my hat off to the whole team at Ava Gene’s, as together they led me comfortably into unexpected places, and left me wanting more.