Bar Boulud, Daniel Boulud’s bistro in Lincoln Center, on New York City’s Upper West Side, is a great place to stop by for everything from a light pre/post-theater meal or a more elaborate dinner. Olivier Quignon’s bold cuisine is extremely wine friendly, while Wine Director Michael Madrigale runs one of the city’s most exciting and fun wine programs with boundless enthusiasm. This article covers two exceptional dinners about a month apart with essentially the same menu and a bevy of truly stunning wines from our cellars, but I have eaten at Bar Boulud at least five times within the last year and always been impressed with the food and service. 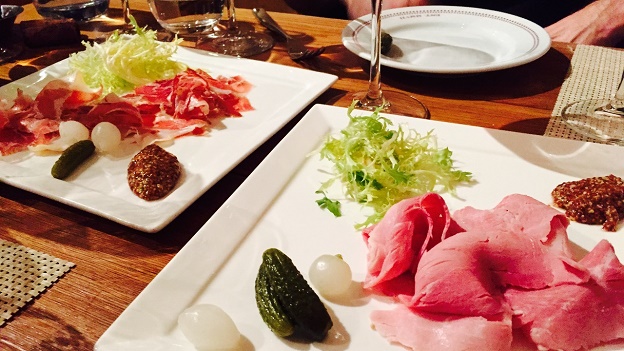 The selection of hams makes for a perfect nibble as we start with a couple of superb Champagnes. Krug’s 1996 Vintage is its usual towering self. A Champagne of crystalline purity and tightly-wound energy, the 1996 is absolutely stellar. I have heard some less than favorable comments about the 1996 in recent months and tasted for myself a few bottles that appear to be aging at faster clip than is normal, but this bottle is fresh, vibrant and utterly magnificent. The 1995 Clos d’Ambonnay is soft, open-knit and expressive in its debut vintage. As the years pass, newer releases are going to eclipse the 1995, but there is little question the wine is striking today, with its typical profile of crushed flowers, orange peel, anise, mint and sweet raspberries front and center. 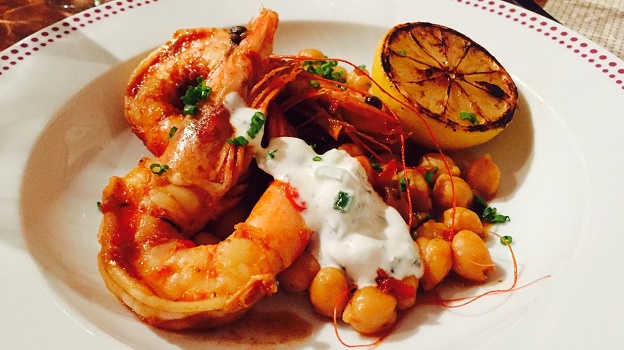 The Crevettes Marocaines, jumbo head-on shrimp, chickpea stew, mint, yogurt, charred lemon, seem like they would be more at home around the corner at Boulud Sud, where the cuisine is distinctly Mediterranean inspired rather that at Bar Boulud, but the dish is a huge success and the shrimp are devoured within minutes. Bar Boulud’s whole roasted chicken is classic French bistro comfort food at its best. Readers should be aware that the roasted chicken is not on the regular menu, but must be ordered with 24 hours’ advance notice. It’s worth it.

I am not sure if I should or should not be surprised by the 2003 Château Margaux. A rich, creamy wine, the 2003 is exceptionally vivid in the glass, with layers of deep plum and spice that open up effortlessly along with enough intensity and freshness to suggest it will drink well for another two decades, perhaps longer. One of the attributes that all great terroirs share is that their personality comes through regardless of the vintage. That is certainly the case here. What a gorgeous wine this is. Lalou Bize-Leroy’s 1964 Grands-Échézeaux is simply magnificent. Silky, perfumed and delicate in the glass, the 1964 graces the palate with exquisite beauty. Sweet dried cherry, tobacco and crushed flowers add nuance on the noble finish. This is the finest example of the 1964 I have tasted so far. 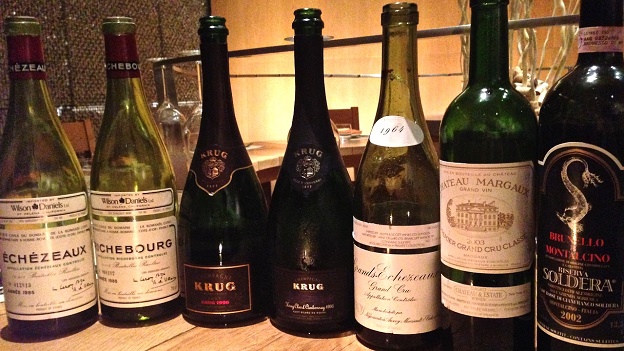 The 1985 Échézeaux from Domaine de la Romanée-Conti has been mature for a while, but this is a terrific bottle, with plenty of silkiness to match its open-knit personality. This is as good as it gets for the 1985. Unfortunately we don’t have anywhere near the same good fortune with the 1985 Richebourg, which is pretty, but not as fresh or powerful as it can be. Sadly, this is not a representative bottle. 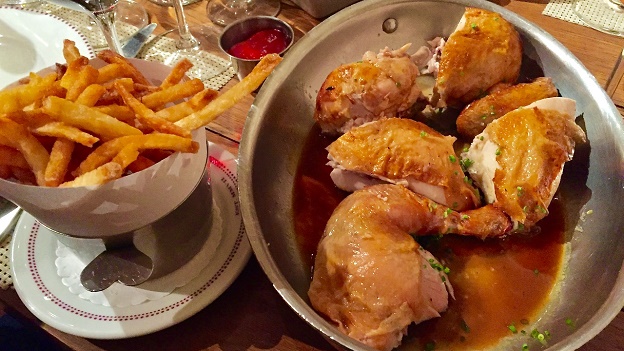 Gianfranco Soldera shows once again why his wines belong in the upper echelon with the stunning 2002 Brunello di Montalcino Riserva. Powerful, explosive and primary, the 2002 hits the senses with extraordinary aromatic complexity and depth. Tonight the 2002 strikes me as incredibly primary, but some of that might be attributable to the significantly greater age of some of the other wines on the table. Regardless, the 2002 is an epic wine from Soldera. It’s as simple as that. 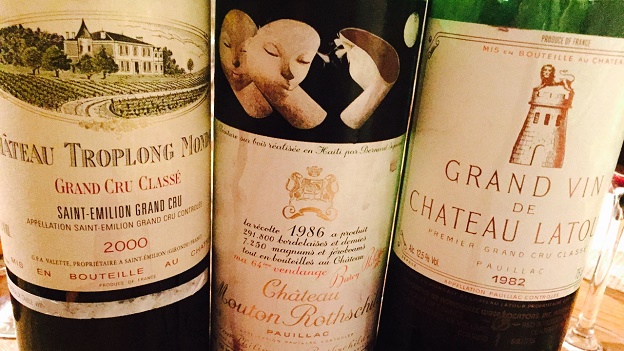 I remember the first vintage of Troplong Mondot I tasted. It was the 1990, and I can still recall the details of that dinner. The truly great wines have a way of leaving deep impressions that can last years and even decades. The 2000 is incredibly sexy, voluptuous and young, with soft contours and exceptional overall balance. Modern and racy to the core, 2000 wraps around the palate with dark stone fruit, mocha, spice, with remarkable density for a fifteen year-old wine.

The 1986 Mouton-Rothschild is simply magnificent. Still dark and powerful, the 1986 opens with a captivating interplay of smoke, pencil shavings, graphite, melted road tar, soy, black plums, crème de cassis and incense. Towering and powerful, the 1986 possesses enough structure to drink well for many decades. Today it is dazzling. Wow! The 1982 Latour has long been one of my favorite wines of the vintage. Still tightly coiled, the 1982 needs at least a few hours to show the full breadth of its personality, as it just gets better and better with time. Cherry compote, tobacco, wild flowers and mint are some of the signatures in a Latour that remains decidedly flamboyant in style.

Readers visiting New York City’s Upper West Side will want to stop in for a meal at Bar Boulud, which over the years has taken on a real neighborhood feel that is hard to find in this touristy part of Manhattan.