Located in London’s Bloomsbury district, Noble Rot is a sort of British version of a French bistro/winebar. Over the years, Noble Rot has gained quite a bit of acclaim for its wine list, which is indeed impressive. A number of wines are offered in 125ml pours, making it easy to enjoy several different wines without buying entire bottles. The small menu and ingredient driven cuisine, all served in a cozy atmosphere, add to Noble Rot’s considerable charm. I had been looking forward to this dinner, my first at Noble Rot, for some time and was not disappointed. 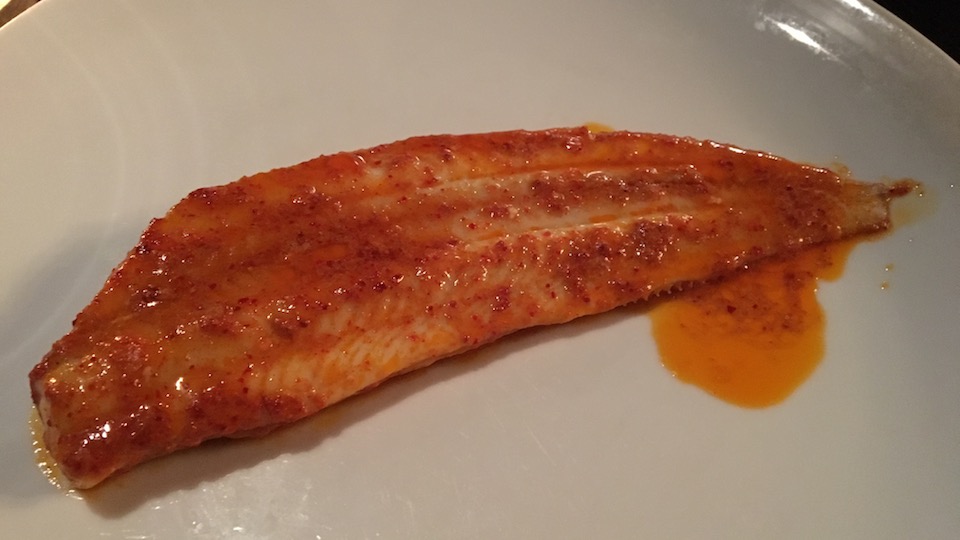 The pork terrine was deliciously rustic and satisfying. I tend to think about presentation as an added bonus rather than as an absolute requirement. The slipsole appetizer was decidedly unexciting from a purely visual standpoint, although it was quite delicious, with a spicy/smoky butter topping that was intense, but not overly so.The rabbit main course was the best dish I tasted. Served in a light broth with an assortment of very fresh vegetables, the rabbit was absolutely exquisite, not to mention a perfect spring dish. Although I did not taste them, my dining companion, a very picky eater, raved about the sweetbread appetizer and squab entrée. I should also add the breads were terrific and tempting, to the point I had to exercise some discipline not to overindulge! 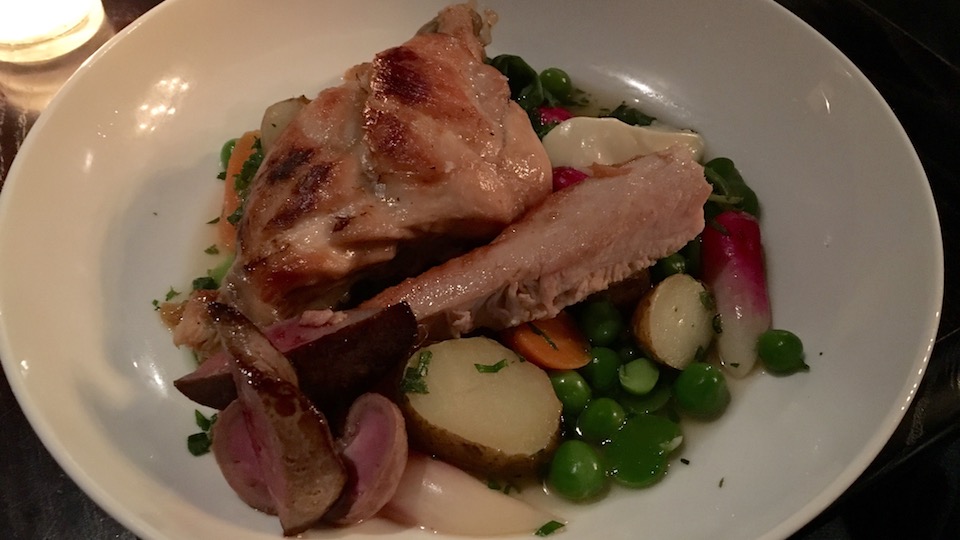 Noble Rot’s winelist is extensive and also eccentric. Readers will find a wide range of just about everything, with what looks like a focus on producers that remain within reach for mortals, something is very much appreciated. It’s great to see some of the Unites States’ top artisan wineries getting some attention. A smattering of older wines, mostly Bordeaux, are a nice added touch. As soon as I saw Cecile Tremblay’s 2014 Morey St. Denis Très Girard, I knew we had to have it. The 2014 Très Girard brought back some very pleasant memories of visiting with Cecile Tremblay in her small winery in Morey back in the days when Burgundy was part of my regular beat. Bright, focused and beautifully sculpted, the 2014 Très Girard was superb. Time brought out the purity of the fruit nicely. If opened young, the 2014 needs a bit of air, as it is just a touch reduced at this stage in its development. 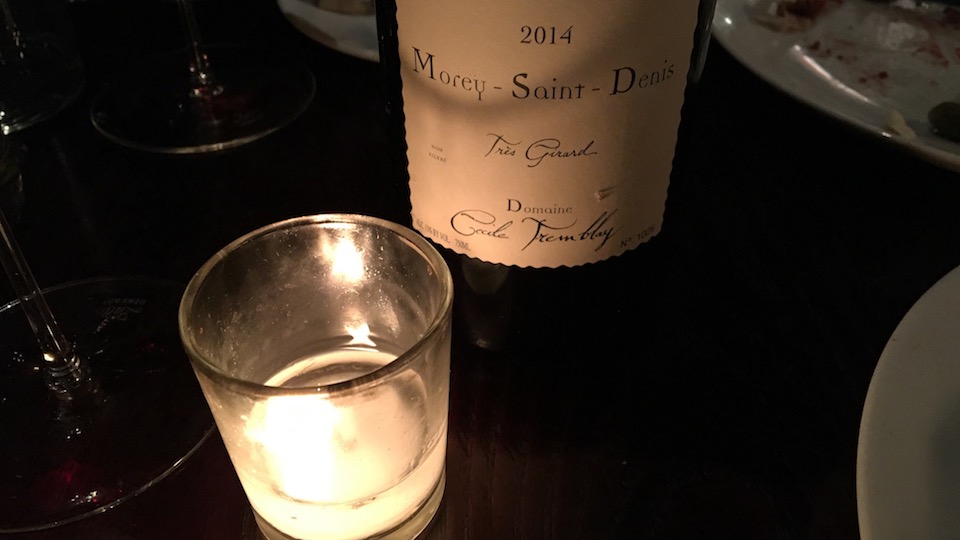 Readers spending time in London should make a point of stopping by Noble Rot. A meal is well worth a visit. Noble Rot Magazine, an irreverent look at the worlds of food and wine, is published by founders Dan Keeling and Mark Andrew and is also well worth a look.