The pretty 15th century Tudor-style building that houses The Hinds Head pub is located in the heart of the town of Bray, famous among sybarites everywhere because it’s where super-chef Heston Blumenthal long manned the three Michelin star The Fat Duck restaurant (due to open again soon). 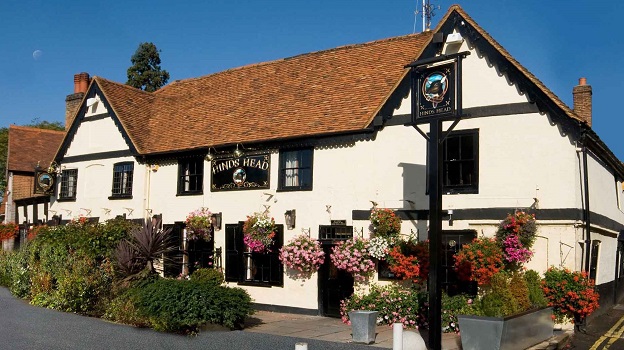 In fact, Blumenthal consults at The Hinds Head and the typical British cuisine served at the pub is characterized by a number of historic Brit recipes that Blumenthal has been reworking and reintroducing to eager foodies not just from Britain but from all over the world. In fact, this is not the only claim to fame of The Hinds Head; believe it or not, this is where Prince Philip held his stag night before his marriage to Queen Elizabeth in 1947, and the restaurant has had numerous distinguished guests grace its tables, including actor Errol Flynn and Walt Disney. Today the head chef at The Hinds Head is talented, Hungarian born János Veres who, after having worked at the Danesfield House Hotel and Spa in Buckinghamshire and taken a couple of years off in which he traveled and lived in Thailand, came back to England and entered The Fat Duck group. In 2014 he was named head chef at The Hinds Head, a one Michelin star gastro-pub that is well worth a visit. 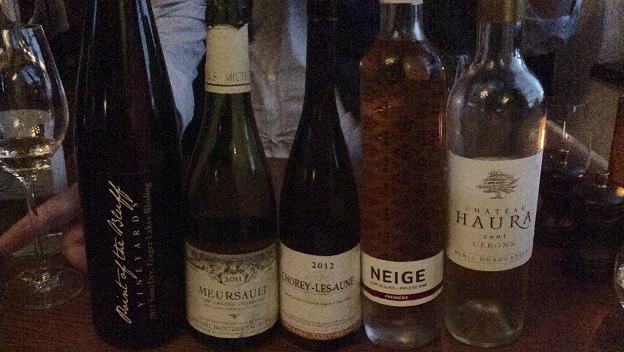 On this night, while deciding what to eat, I enjoyed the 2011 Point of the Bluff Riesling from New York state’s Finger Lakes, a heaven for interesting New World Riesling, wines that I always enjoy greatly. This specific bottling was perhaps not at the level of some other Finger Lakes wines I have had recently, but was juicy and precise, with lovely apple and jasmine aromas and flavors. Its high but harmonious acidity made it an ideal aperitif and readied me for the dinner to come. 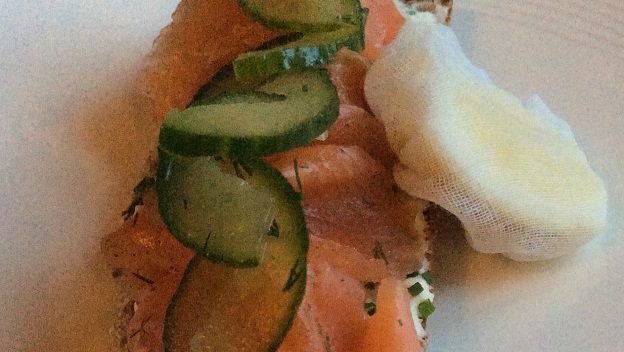 The tea-smoked salmon was silky and flavorful, while the savory, very fresh scallops and black pudding dish was a true jolt of English cooking. I chose the 2007 Domaine Bouzereau Mersault Charmes 1er Cru to pair with these starters and this still youthful white Burgundy performed especially well with the scallops, adding another dimension to an already complex dish. 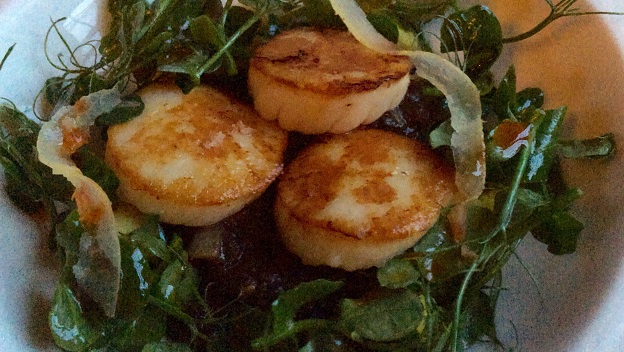 The buttery, intense rib-eye was melt in your mouth good, and it helped mellow out the still chewy, youthfully tannic and clenched 2011 Domaine Tollot-Beaut Chorey-les-Beaune, a wine of noteworthy purity but that needs at least few more years in the cellar to enter its optimal drinking window. 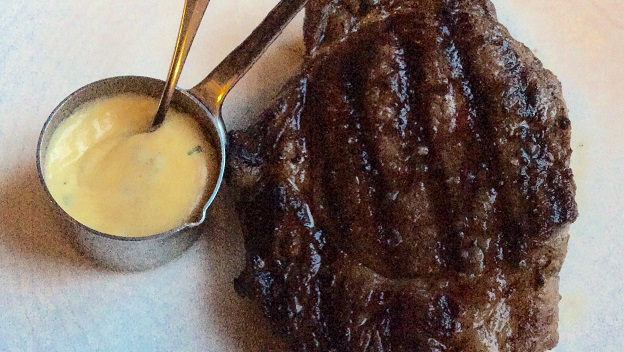 Desserts were especially interesting, as were the wines I chose to drink alongside them. The quaking pudding is a veritable piece of culinary history. The word ‘pudding’ historically refers to food that is contained within an animal gut to hold it while cooking, but cooks soon realize they could also use bowls or cloth to hold the food they were cooking. Quaking pudding was commonly served throughout the 17th, 18th and 19th centuries in Britain, and is so called because it ‘quakes’, or shakes, like jelly when served. 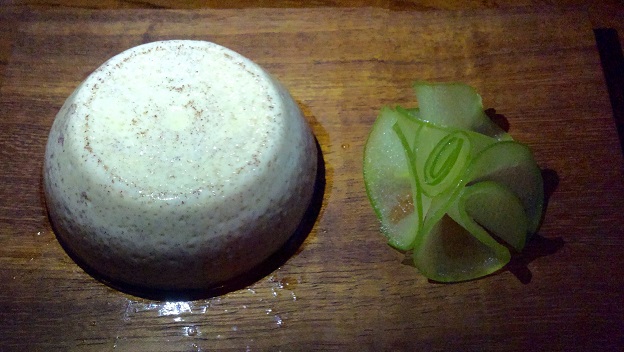 The strawberry trifle was also light and flavorful, not at all as unbearably heavy and fatty as lesser versions of this dessert all too often are. Along with these two desserts I tried the Canadian 2009 Neige Ice Cider de Glace made in Quebec and the 2006 Chateau Haura from Cerons. Canada is the world’s largest icewine producer, but over the last twenty years it has also enjoyed a booming business with Ice Cider, a specialty of Quebec. Intensely perfumed, sweet and rich, but with such sky high acidity that it seems much less sweet than it really is. Ice Cider really tastes like an ultra pure concentrated apple juice with a honeyed personality and a touch of alcohol. Thicker and richer, Chateau Haura is being made by famous winemaker and university oenology professor Denis Dubordieu since 2002, when owner Bernard Leppert decided to rent out the property. It’s an especially fine estate, with forty year old vines of mainly Semillon (87% of the total plantings). The Semillon really shines through on the rich but vibrant beeswax, honeyed pear and saffron flavors. These two dessert wine beauties were the perfect end to a fun, easygoing meal steeped in very fine culinary technique, first rate ingredients and gastronomic history.