When I dine out in London, I venture into posh Mayfair for my Michelin stars, or the East End for hipster chefs and hipster crowds, or head south of the river for something off the beaten track. The City of London does not spring immediately to mind when thinking of the capital’s finest restaurants. Apart from the excellent La Cabotte, the financial center tends toward underground wine bars with sawdust sprinkled over the floor, frequented by old-time pinstriped city boys who think the Square Mile went downhill when they started plugging in computers, or chichi restaurants designed to extract as much of city bonuses as possible for a minimal amount of effort in the kitchen, where looks are more important than substance. However, tucked away in Blackfriars there is a wonderful restaurant that is my port of call whenever I am in the area: High Timber.

Unless someone tips you off about High Timber, you would never know it exists. It is tucked away on the north bank of the Thames opposite the Tate Modern, just east of the so-called “wobbly bridge” (Millennium Bridge). You need a map to locate the single lane between two buildings that takes you from High Timber Street to the waterfront, where you will find the restaurant just to your left. The river’s turbid waters lap directly below if dining on the outside terrace. Here, you can savor a splendid view downriver toward the Shard, St. Paul’s and the Houses of Parliament: the London skyline in all its beauty. Of course, we had no choice but to dine al fresco due to COVID-19 rules, though thankfully the nippy temperatures were accompanied by blue skies and sunshine. 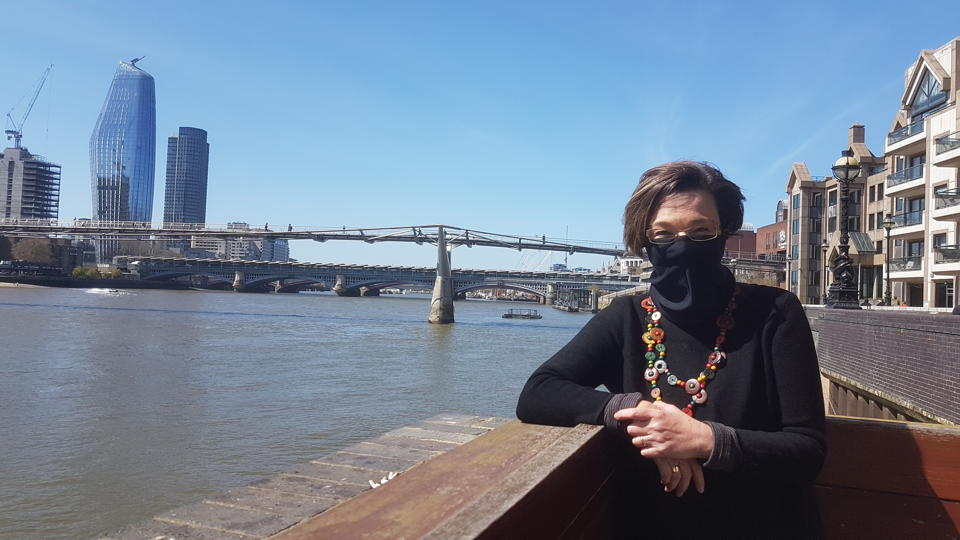 A masked-up Neleen Strauss, partner at High Timber, on their terrace.

High Timber is a bit of South Africa on the Thames. South African native Neleen Strauss is partner here with Gary and Cathy Jordan of Jordan Estate Winery in Stellenbosch. Strauss is the matriarch, the life and soul of the restaurant, keeping rowdy traders in order if they get too loud and boisterous; the kind of woman who will not take any crap. It was obvious that those dining at High Timber were as glad to see Strauss as they were to return to dining after lockdown. It hasn’t been easy. When I was here last August, the restaurant had survived closure for several weeks, but was also facing a changed landscape with fewer City workers. But High Timber has a loyal clientele, and I was happy to learn that they have been rushed off their feet since reopening on April 12. Strauss told me that the average consumption of wine is 2.1 bottles per person. Excessive? Probably. But who cares when such wanton libation safeguards the restaurant’s future?

The menu is fairly straightforward. Haute cuisine is not what High Timber is about, but dishes are always well cooked and delicious. Moreover, you can take advantage of their exceptional South African–dominated wine list, including back vintages, sought-after cuvées and a stockpile of CWG releases that you will not find anywhere else. This is augmented by top claret for those who want to impress, a crucial source of income at these times. To this end, the basement has a large table that can be used for wine-tasting events and dinners surrounded by bottles at arms’ reach. 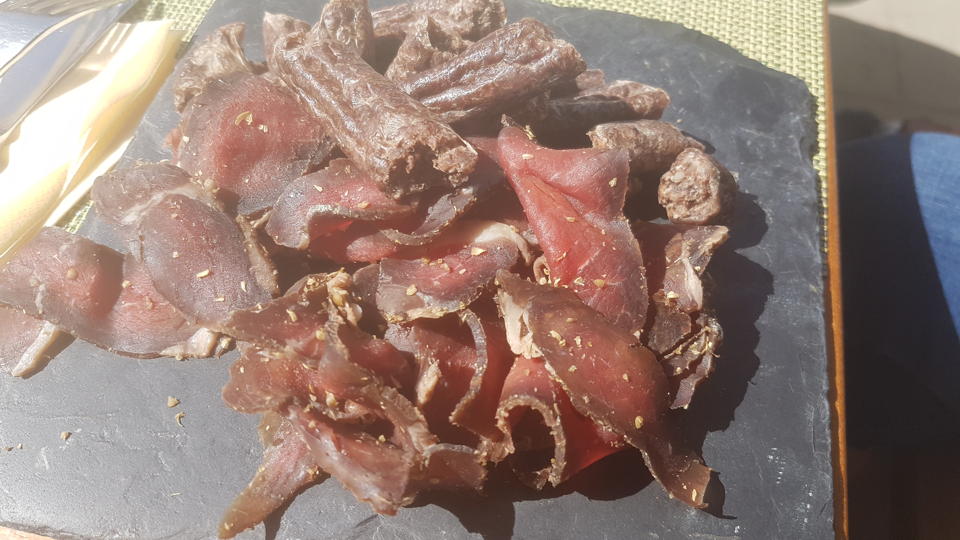 Naturally, we began with homemade biltong, the traditional dried and cured meat that is popular in South Africa and neighboring countries. Sometimes I find it too dry and salty, but this was seasoned just right. 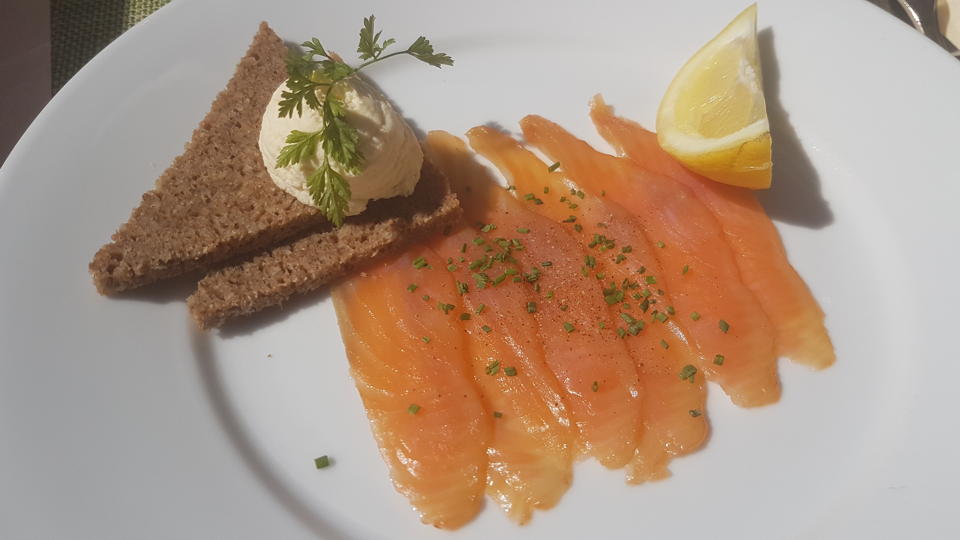 The biltong was followed by slithers of rooibos-tea-smoked salmon that, again, was nuanced in flavor and not too smoky. For my main course, I treated myself to some red meat, a 200-gram fillet steak that is one of the best you will find in London, perfectly cooked and accompanied by a tin of fries and salad. With salted caramel ice cream to finish off, it was a simple but tasty lunch that I would not have any other way. 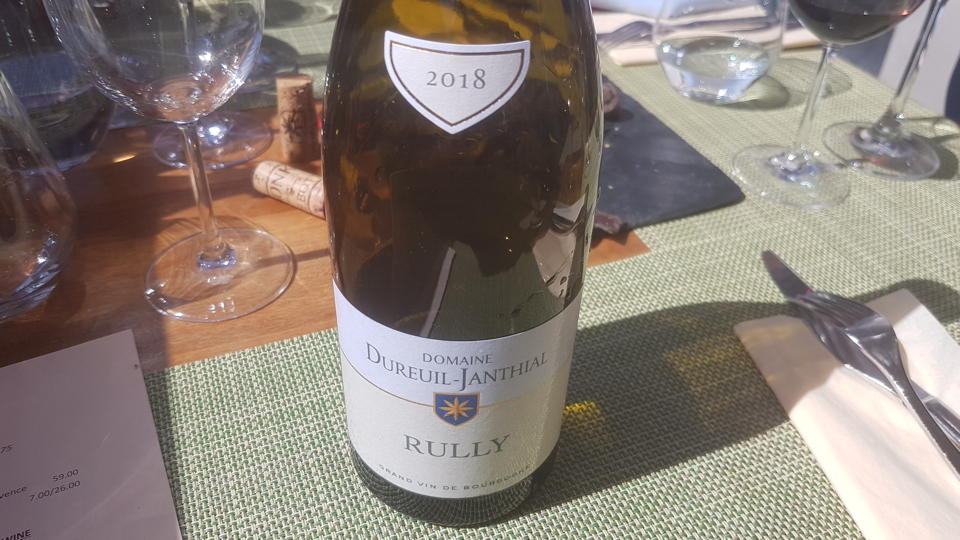 With respect to the wines, Strauss allowed us to bring a couple of bottles and pay corkage. We began with a 2018 Rully Blanc from Domaine Dureuil-Janthial, one of the finest producers in the Côte Chalonnaise, whose wines excel at Village Cru level. This was no different. Fresh and vibrant on the nose, it continues to display those alluring granitic scents that distinguish this producer from so many others. The palate is taut and fresh, slightly less honeyed than a few months ago, sporting fine tension on the satisfying finish. Could you want anything more from this wine? No.

Next we had a bottle of 1979 Montrose. This is a vintage that I have not encountered for four or five years. Displaying wide bricking on the rim, it has a slightly diffuse, leather and loamy bouquet, the fruit having faded a long time ago; a little rustic but attractive and charming. The palate holds together for the first hour or so with vestiges of red fruit and a distinctive iron note. The usual pastille-like finish is not present on this bottle, but I find it rather threadbare and losing its cohesion over the course of an hour. It is commendable for the vintage, but personally, I would drink it sooner rather than later. 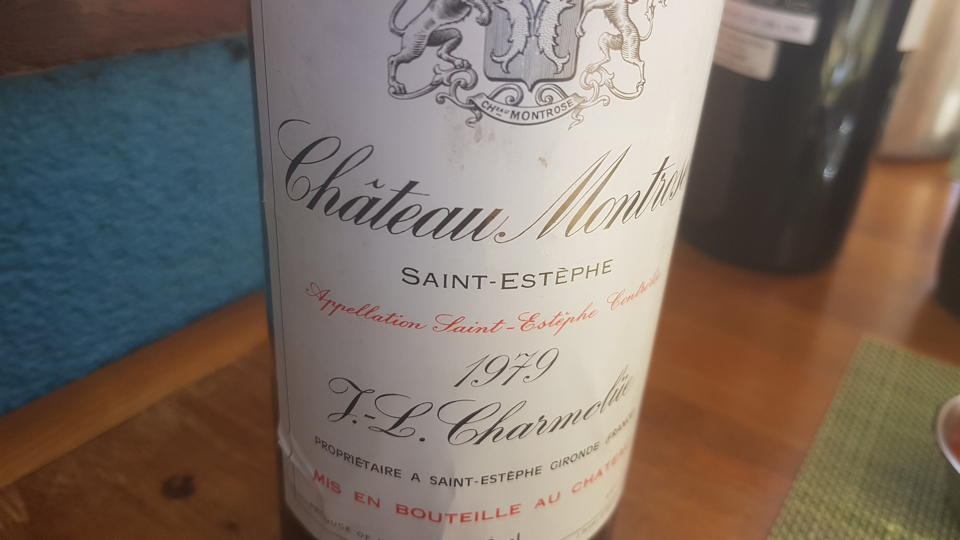 Next were three great wines from the Cape. After all, to dine here without drinking a South African wine is tantamount to treason. First came a 2008 MR de Compostella from Mvemve Raats, so impressive that I singled it out for a Cellar Favorite. I had already nipped downstairs to procure a bottle from High Timber’s cellar, returning with a 2009 Cabernet Sauvignon from Meerlust. My modest expectations were surpassed. This has matured well over the years, now presenting a ripe and slightly smudged red currant, morello cherry and blood orange nose, and showing just a tad of volatility, though it’s nothing to get too worked up about. The palate is balanced with good weight, a core of sweet red fruit and a Médoc-like, cedar-tinged finish. Such a shame that many South African wines are drunk young… Mea culpa. We finished with a brilliant 2018 Porseleinberg that I reviewed recently. It offers blackberry, clove and touches of garrigue on the nose, and displays density and exquisite balance on the palate and a dash of pepper on the finish. This is a wonderful South African wine that will age beautifully over the next 20 years.

It was a pleasure to get back out again and revisit one of central London’s dining secrets. Anyone with an interest in South African wine should make a beeline for High Timber, which should reopen fully from May 17. You’ll get a lovely lunch or dinner, smashing wine from the Cape and a big, hearty hello from Neleen Strauss. Good luck keeping up the average bottles ordered per diner.