Readers will find a wide range of wines from Barbaresco in the market ranging from majestic, soaring 2016s to the far more variable 2017s and the first 2018 releases. With its stunningly beautiful, hillside vineyards, Barbaresco remains a terrific destination for consumers looking for site-specific, Old World wines that won’t break the bank.

Two years ago, in my article Barbaresco – Out of the Shadows: The 2016s & 2015s I wrote, “The young 2016 Barbarescos are some of the most compelling young wines I have tasted in twenty years of visiting the region. Many of the 2016s are still in barrel, but the picture that is starting to emerge from wines I tasted in bottle and cask is of a very high quality vintage with the potential to be truly extraordinary.” 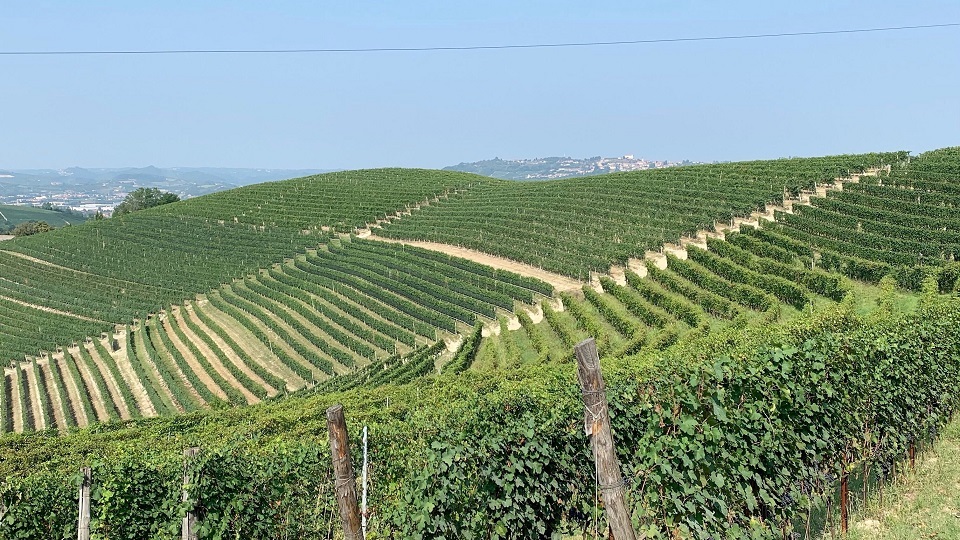 A view from Bruno Rocca's vines in Rabajà. The first diagonal dirt alley visible is the border between Rabajà and Asili, just as the hill starts to turn.

Now that virtually all the wines have been released, I can say that 2016 is a truly epic vintage for Barbaresco. So many wines are off the charts. Gaja, Produttori del Barbaresco, Ronchi, Cantina del Pino, Vietti, Fiorenzo Nada, Moccagatta, Sottimano, La Ca’ Nova and La Spinetta are among the estates that made some of their finest wines ever. A benign growing season with no shocks gave producers the ideal conditions to make stunning wines, and many of them did. Two thousand-sixteen is also a fabulous vintage through which to explore the vineyards of Barbaresco, as site signatures are so pronounced. It’s pretty hard to go wrong, especially among quality-minded growers. My advice for consumers is simple: buy as much 2016 Barbaresco as you can. Quality is extraordinary for so many wines, while the market seems to be more focused on Barolo than Barbaresco. It’s a great opportunity. Unfortunately, 2017 and 2018 are going to require far more selection.

Barbaresco endured a brutal growing season in 2017. A warm spring and ensuing early precocious budbreak left the vines vulnerable when hail arrived on April 15. A few weeks later, Barbaresco was caught by the same wave of frost that affected other regions in Europe. The combined effects of these two events (and a second, less severe hail storm) were devastating, especially in Neive, were production is down between 30-100% in the hardest hit areas. At that point, producers focused on preserving the vines’ health for the following vintage, which is always the long-time concern once growers deal with the initial shock of these sorts of episodes. Some growers opted to make their 2017s from all or partial second-generation fruit (the clusters that form after vines are pruned a second time) while others chose to focus on getting ready for 2018. Even that was not enough in some cases. For example, at Moccagatta there is no 2018 Barbaresco Basarin because the Minuto family felt the vines were still recovering from the prior year. Of course, frost and hail are highly localized. One parcel can be utterly damaged, while the adjoining parcel might be unscathed.

Summer was punishingly warm and dry, far from ideal conditions for Nebbiolo, especially given what the vines had already endured. Temperatures remained elevated through to what was an early harvest. None of these conditions can be considered optimal.

In tasting, the 2017s are light in structure, body and overall intensity across the board, but for different reasons. Some show angular contours and gritty tannins that derive from hail and/or frost damage. Others show signs of hydric stress. Vineyard signatures, such an integral part of what makes Barbaresco a special wine, are blurred. Quality is highly inconsistent. There are some bright spots, but they are few and far between. A number of wines were not bottled at all. Bruno Rocca took all their best fruit to make a single Barbaresco while Sottimano did not make their Fausoni or Currà. At both Paitin and Cigliuti, yields are down significantly. On the brighter side, Gaja did bottle their vineyard designates, while the Produttori del Barbaresco intend to. As is pretty obvious by now, readers will have to be especially selective when it comes to the 2017s.

Growers were dealt another rough hand in 2018. Hail was an issue again, as were heavy rains in June. Harvest began in late September and stretched into the first half of October, which is slightly on the later side of typical by today’s standards. I have only tasted a handful of 2018s so far. Those wines give the impression of a soft, fruity vintage. A number of producers have already told me they will not bottle their Riservas. That is partly a reflection of 2018 and also a natural response to the quality of both 2019 and 2020. 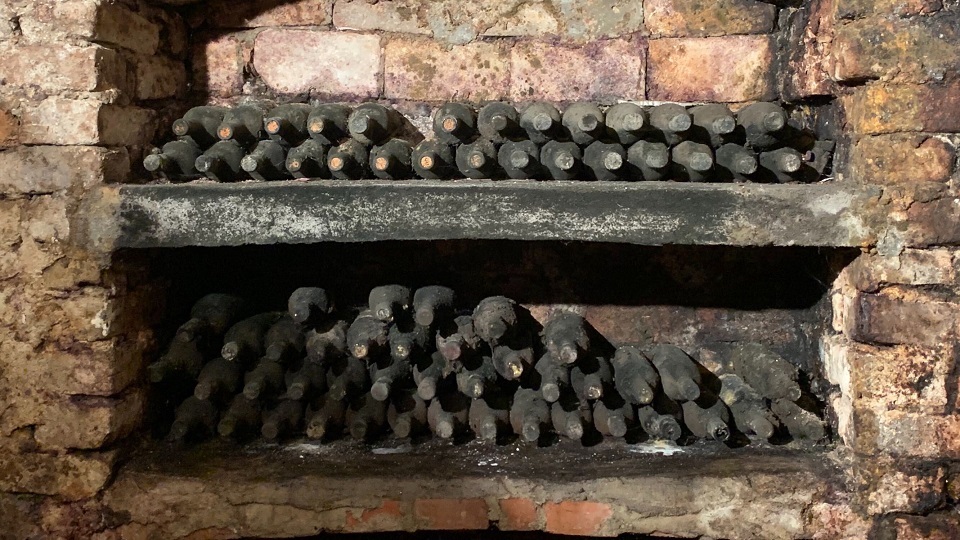 A collection of older bottles aging peacefully in a traditional infernot at Sottimano, Neive.

I have not tasted any 2019 or 2020s yet, but the mood among growers when discussing these vintages is much brighter. Certainly neither year brought with it the sort of traumatic events that marked 2017 and 2018. I expect many growers will bottle their flagship wines. To be continued…

As we went to press, I could not help but be reminded of Barbaresco’s low profile in the world of wine. For years, and I hate to say it, but that was probably deserved. At about a third the size of Barolo, Barbaresco had fewer than its proportional share of outstanding producers. Culturally, it was also more closed, its producers decidedly insular. While Barolo has long had a strong presence in the United States, Barbaresco relied predominantly on European markets. I often hear from readers who are disappointed about the rapid price escalation of the top wines in Barolo. For many, alcohol levels are increasingly important. As a result I am seeing skyrocketing interest in Alto Piemonte. That is, of course, fine. But what about Barbaresco? Its pristine hillsides are home to some of the world’s unquestionably great vineyards. The wines have always had less power and alcohol than Barolo. With one or two exceptions, prices for the wines are exceptionally fair in today’s global market. Consumers looking for value should take a close look at Barbaresco. There’s a lot to like these days, including, as I have written before, a whole generation of younger producers who are more open-minded than their parents and who are well poised to write the future chapters of history for this small appellation.

Typically I visit producers in Barbaresco in late August or early September. This year that was not possible because of COVID-19. Instead, I tasted all of these wines in my home office in New York in September and October 2020. Because of the logistics involved with receiving hundreds of samples, a few wineries/wines that I typically cover are missing from this report. These include Ceretto, Bruno Giacosa, Serafino Rivella, Sottimano and Bruno Rocca (for the 2018 crus). I will endeavor to taste those wines as soon as possible. On the other hand, this report includes a handful of producers who are appearing in Vinous for the first time. For the avoidance of doubt, no estate is intentionally excluded from my coverage, but there are always a few estates where quality is not where it needs to be to merit your attention.