On the eve of the first official presentation of the 2013 Grosses Gewächs (Grand Cru) for the press in Wiesbaden, three of Germany’s leading producers of dry Riesling hosted a vertical tasting of their respective cult sites. Steffen Christmann showed his Idig, Philipp Wittmann his Morstein and Hansjörg Rebholz his Kastanienbusch from 2013 back to 2004. As all three are produced in only modest quantities and thus are not widely available, it was a rare opportunity to see how each wine had developed since its initial release. And the event offered insights into both the estates’ winemaking philosophy and the style of the respective vintages. While warmer years like 2011, 2009 and 2007 are generally regarded highly because of the larger number of pleasant wines made by even second-tier producers, I generally prefer cooler vintages such as 2013, 2008 and 2004. To make them work, though, you need an excellent site and a passionate producer. Caught between the extremes, 2005 has also matured very nicely. 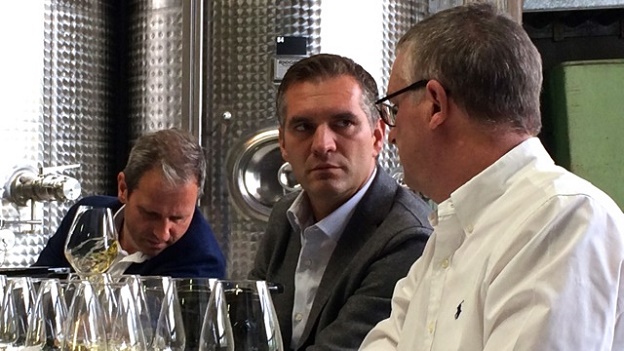 Idig was first mentioned as a site in the 14th century in the records of the Prince Electors of the Palatinate, and it stayed in their possession until Napoleon evicted the nobility living on the western shores of the Rhine in the early 19th century. To this day it remains unusual in still being in the hands of only a single owner, since 1998 those of Steffen Christmann, who is currently the president of the VDP. Planted on chalky loam and clay over a bed of tertiary limestone, the barely four hectares of vineyard are considered steep by local standards, with slopes exposed to the south and southeast. One of the warmer sites in the Pfalz, it can produce a majestic wine in sunny vintages, with the six from 2007 to 2012 being almost over the top. The challenge is to keep that potential on leash in order to confer the resulting Riesling a restrained elegance. Harvesting a touch earlier and drastically shortening the time of the cold soaks were two of the tools that Steffen Christmann employed in 2013 to reach that goal. Along with the 2005, the ’13 stood out as one of the finest Rieslings in this first flight.  In an average year, 8,000 to 12.000 bottles are produced. 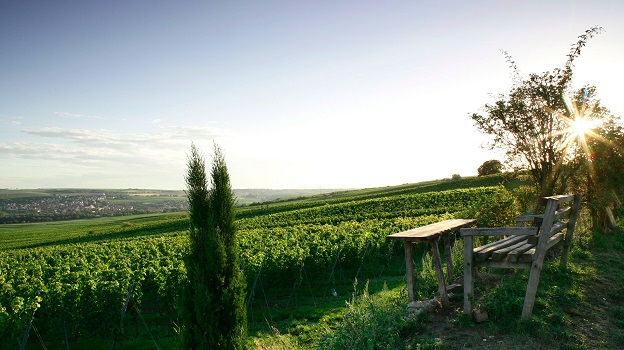 First mentioned in written records in 1282, Morstein is the oldest site in Westhofen. Although legislation in 1971 expanded its official size to almost 100 hectares, allowing neighboring vineyards to sport the name as well, less than 20 comprise the original core and it is basically only these that have been classified as Grosses Gewächs. Philipp Wittmann’s family has owned four hectares in the heart of this exceptional vineyard for over three generations now. Facing due south, these parcels rise above the floor of what once was the bed of the Rhine valley before its trajectory veered one village further to the east. The soil structure is very similar to that of Idig, but Morstein is further north and cooler. Not surprisingly, the Rieslings tend to be a touch more austere in their youth, but age extremely well. Both the 2002 and 2001 were at the top of their class in the respective “ten years after” tastings that I have done annually for the past 13 years. Two thousand four is on the same trajectory. Annual production ranges between 5,000 and 9.000 bottles.

The Kastanienbusch is certainly the most esteemed site in the southern Pfalz, that part of the winegrowing region near the Alsatian border that is also known as the Palatinate.  It is also, at an altitude of 320 meters, one of the highest. A southeast-facing amphitheater, woods at the crest of the hill protect it from westerly winds. Today a full 80 hectares of vineyards are officially allowed to use the name Kastanienbusch, but less than a quarter of those are truly Grosses Gewächs.

Although parts of the entire site have more chalk or colored sandstone, Hansjörg Rebholz’ family has owned a prime cut of about two hectares high up the slopes for over a hundred years. These were replanted in 1950 during the vineyard’s reconstruction. His parcel is composed of weathered slate of a reddish hue from iron deposits that run through it in veins. Wild herbs and bracing minerality are only two of the descriptors often used to describe these Rieslings, 6,000 to 9,000 bottles of which are produced in an average year. As he generally crushes quite late, Hansjörg Rebholz was faced with a rapid spread of botrytis during the 2013 harvest and thus made only a sumptuous Auslese (93) from that vintage, no Grosses Gewächs.