2015 Rheingau and Mittelrhein Riesling: Excellence from Those Who Demand It

BY DAVID SCHILDKNECHT I SEPTEMBER 7, 2017

There is less talent and ambition in the Rheingau and adjacent Mittelrhein than these regions deserve, but 2015 offered an outstanding opportunity for demanding growers to excel.

When I visited August Kesseler in 2016, he had this to say about the circumstances of my visit a year earlier: “What I was thinking when you visited me in the rain in mid-September [2015] was that there will be (a) not much wine and (b) it will be of poor quality.” He was only slightly more colorfully expressing an opinion held by many Rheingau growers in the face of an impending 2015 harvest. 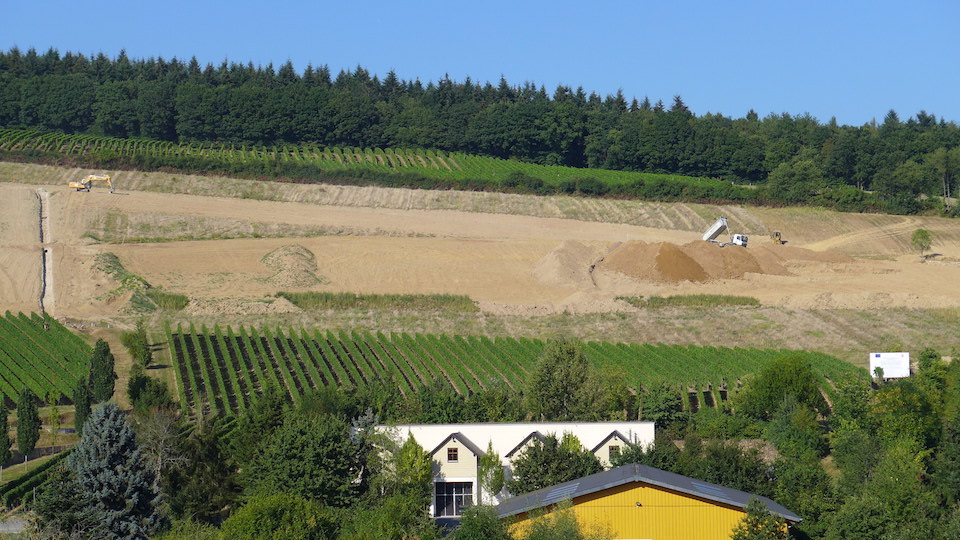 Grand cru under construction. Here’s what the wholesale face-lifting known as Flurbereinigung looks like in affected portions of the Kiedricher Gräfenberg

The summer’s heat and drought had been so extreme that an excessively high skin-to-juice ratio seemed assured. On the other hand, pumping rain water into those berries risked bursting and botrytization; and especially in heavier soils and riverside locations, the Rheingau has experienced a lot of recent problems with September rot. In the event, here as elsewhere in Riesling Germany, the mid-September rain was actually a potential boon, ushering in an extended period of clear, cool weather. But the extent to which Rheingau growers effectively utilized that opportunity varies considerably according to location and to how adroitly they had managed their vines.

The Many and The Few

It’s no secret nowadays that negligent farming and mediocre wine are problems that in the Rheingau extend into what are ostensibly the ranks of top estates – or at least the ranks of still-famous properties whose qualitative reputations were earned in an era when labor costs, viticultural standards and harvest conditions were significantly different from those prevailing today. Many of these estates are spread over a wide range of villages and endowed with vineyards whose historic excellence was defined by their ability to maximize must weights and attract noble botrytis. In an era of increasingly early, warm harvests in which more than adequate must weights are virtually assured, what were once advantages can now represent difficulties. Picking in time to avoid either spoilage or too much grape sugar for balanced dry wines is a frequent challenge. 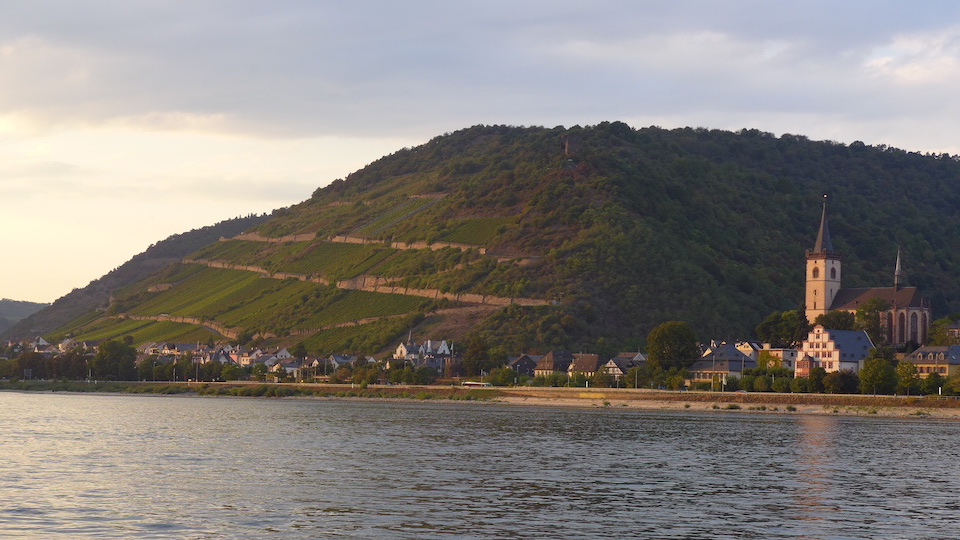 "The sleeping giant’ is what August Kesseler calls Lorch with its steep slate slopes, including the Schlossberg, from which he derived a superb 2015

And what if, amid this race against the clock, high quality also demands selectivity, while the bottom line demands that a significant share of your crop get machine-harvested? In recent years I have been steadily making my way down a list of prominent Rheingau addresses whose wines I long ago ceased tasting with regularity, to see how they have lately been faring. Some of these estates have new owners; most have significantly changed personnel. Thus far, unfortunately, my renewed acquaintance with their wines has generally brought disappointment. It is a disappointment, though, that could have been predicted by anyone who has a trained eye and the opportunity to walk some of the most prestigious Rheingau vineyards shortly before harvest. Again and again, one sees evidence of negligent canopy, crop and soil management – and often, also, the seeds of rot.

Fortunately, though, there are more than a dozen Rheingau estates, large and small, that are capable of upholding their region’s ancient if precarious reputation. And, as demonstrated by my reports here on first-time visits to the Bischöfliches Weingut in Rüdesheim and the Weingut Goldatzel in Johannisberg, not all among the Rheingau’s band of overachievers are currently well known. Among this region’s demanding growers, most achieved excellence in 2015. And the standout wines, such as the Spreitzer brothers’ Winkeler Jesuitengarten bottlings – include some that originate in riverside locations that have been especially challenged in recent years by prematurely excessive must weights, overripeness and rot. 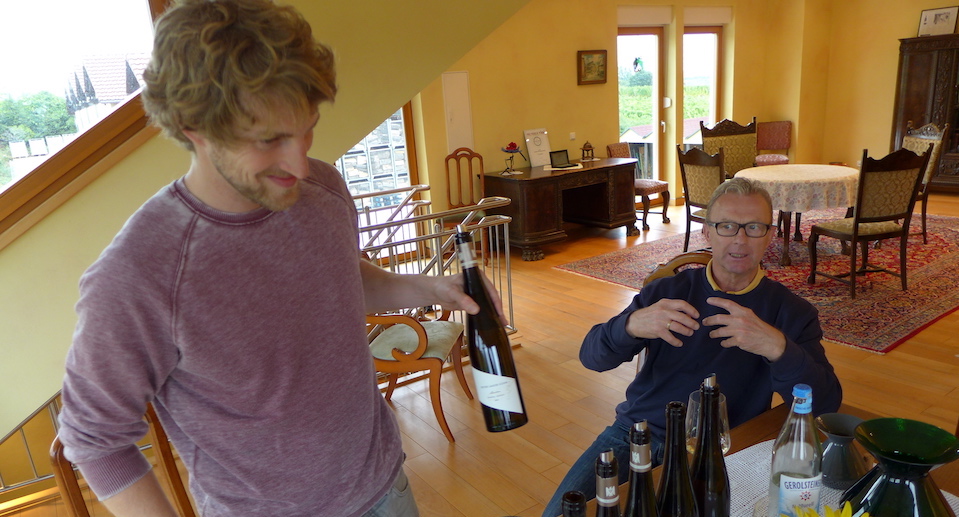 So while those of us who have had the opportunity to savor Rheingau Rieslings of an earlier era can’t help but lament the apparent absence of any truly great recent examples from many of this region’s top vineyards – notably those in Erbach, Hattenheim and Rauenthal – there is also a lot to celebrate. A substantial and increasing share of the prime acreage in Rüdesheim, Hallgarten, Oestrich and Kiedrich is now being farmed responsibly and with bottled results that can stand against any of the world’s best Rieslings. As an example, a decade ago, with the achievements of former Weingut Jakob Riedel a fading memory, Fred Prinz was the sole remaining grower demonstrating the profound potential of Riesling from Hallgarten, a village whose stony soils, elevation and ventilation in principle suit it ideally for meeting 21st-century meteorological challenges. Today, two of the Rheingau’s finest winegrowing families – Kühn and Spreitzer, both residents of nearby Oestrich – have restored major tracts of Hallgarten vineyard that are once again demonstrating their potential. Lorch and Lorchhausen, whose stretch of steep hillside vineyards downstream from Rüdesheim and Assmannshausen August Kesseler calls “the sleeping giant” are getting a chance to demonstrate the aptness of that description, thanks not just to Kesseler but also to Eltville-based Eva Fricke.

Mittelrhein Riesling has never enjoyed anything like the notoriety of examples grown just upstream in the Rheingau. Nevertheless, the top wines, from around Bacharach and Boppard especially, have a long and venerable history. And, as in the Rheingau, a small band of growers continues to show what is possible and what others could no doubt achieve with renewed effort. Machine harvesting isn’t even a temptation on these steep slopes, but the challenges in increasingly early and warm harvests to control alcohol in dry wines and separate noble rot from just plain rot are similarly acute. Even more than in the Rheingau, recent developments in the Mittelrhein represent a dramatic facing up to the reality of climate change. When Florian Weingart elected in 2006 to plant Pinot Noir rather than Riesling on a series of abandoned south-facing terraces in his home village of Spay, he was at once prescient and in for a shock. It was prescient to have recognized that this was no longer a location suited for great Riesling, but Weingart never imagined the challenge he would face to keep his Pinot from ripening well above 14% alcohol. 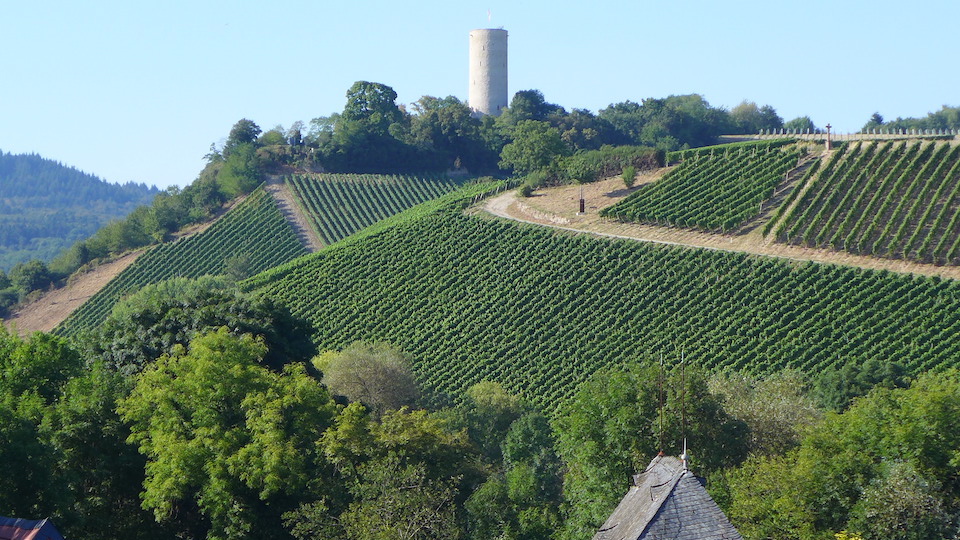 Cecilia Jost, faced with the need to replace most of her family’s vines in the lower, riverside reaches of their flagship Bacharacher Hahn, has elected to grow Pinot Noir there. The Bacharacher Hahn Riesling Kabinetts that were her estate’s prime international calling card into the early ’90s now seem almost to be artifacts of the distant past (though, thankfully, genuine Kabinett is still possible for the Josts from other nearby locations). To be sure, the prime portion of Bacharacher Hahn remains Riesling territory, with regularly outstanding results. Still, when there have been weaknesses in recent Grosse Gewächse from those vines, it has nearly always been on account of finished alcohol flirting with or exceeding 14%. 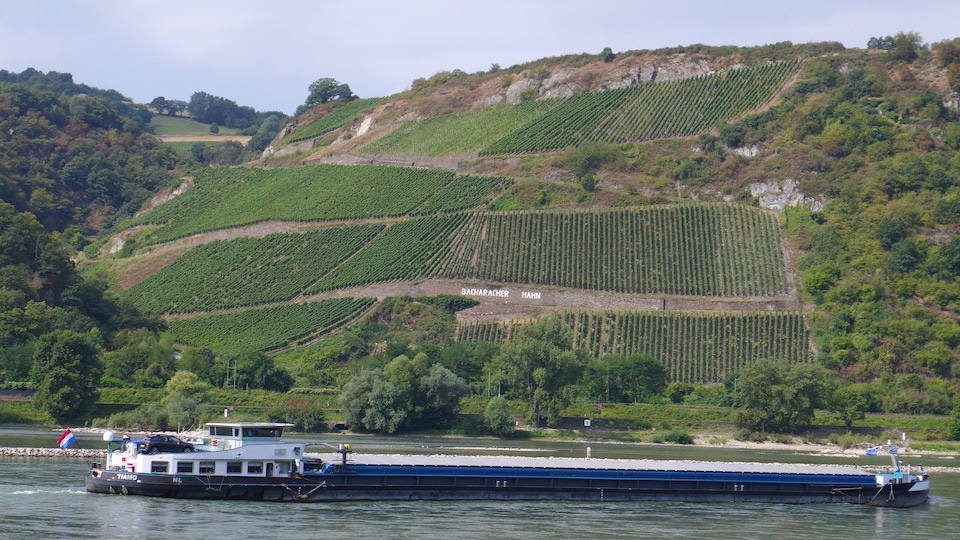 Sign of the times? The Josts’ flagship Bacharacher Hahn remains a source of impressive Riesling, but its lower reaches are about to be replanted with Pinot Noir

This report is based on my September 2016 visits to 20 Rheingau and Mittelrhein growers, supplemented by subsequent stateside sampling. Details regarding the nature of vintage 2015 and its Rieslings as well as the conventions followed in my reports for describing and rating wines can be found in my vintage 2015 reports that covered the Mosel, Saar, Ruwer and Pfalz. A concluding vintage 2015 report will cover Riesling growers in Rheinhessen and the Nahe. 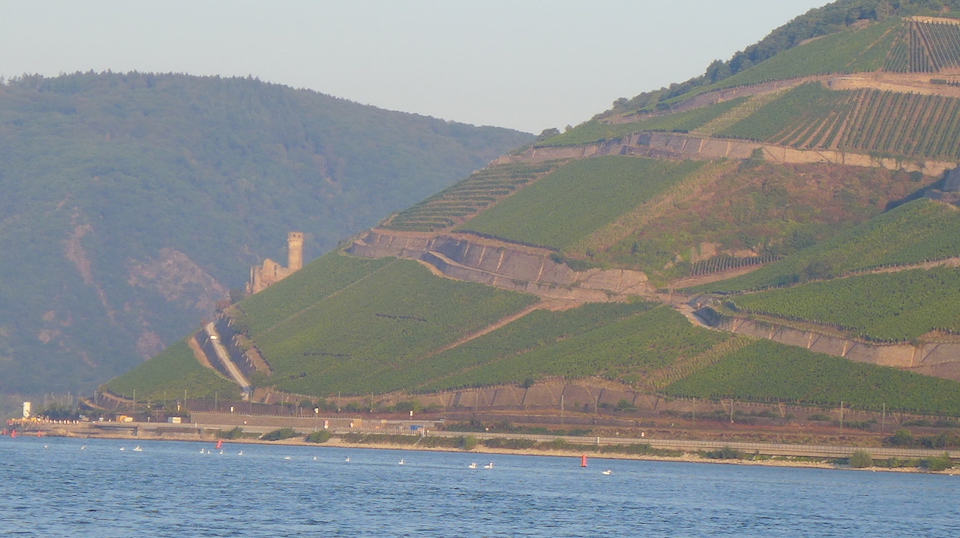 Some growers were sorely challenged by the Rüdesheimer Berg in 2015, while others triumphed. Breuer and Leitz drew especially memorable results from the Berg Schlossberg

See all the wines from Rheingau

See all the wines from Mittelrhein