With only a small number of well-known estates, it is easy to overlook the viticultural significance of one of Germany’s most popular tourist destinations. That would be an unfortunate mistake. Mittelrhein's producers are turning out high quality wines that showcase a wide variety of styles. 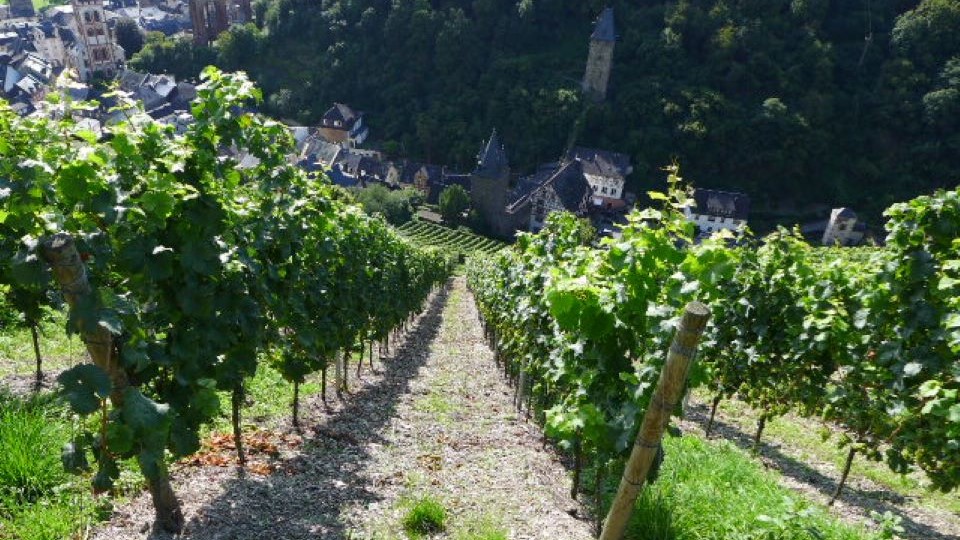 The Ratzenbergers craft one of the region’s consistently finest dry wines from these steep slate-rich slopes in Bacharach’s Wolfshöhle.

Germany’s second-smallest official wine region is also its most northerly other than those of former East Germany, and so it’s often mistakenly thought to feature a relatively cool climate by Riesling standards. But the most prominent slate slopes here are heat traps, and recent developments vividly reflect the challenges posed by global warming. When Florian Weingart planted one such spot with Pinot Noir early this century, it was in large part because he felt the slope in question would be too warm to yield consistently balanced Riesling. Since then, he has struggled to keep that Pinot Noir from significantly exceeding 14% alcohol.

Similarly, there is no more renowned Mittelrhein Riesling site than the Josts’ near-monopole Bacharacher Hahn. The Hahn Kabinett, their estate’s virtual flagship for a quarter-century, is now unachievable in warmer years, and a substantial section of Hahn nearest the River Rhein has recently been converted to Pinot Noir (which the Josts have been growing in their Rheingau vineyards for generations). Meanwhile, trials with Syrah are ongoing; I cover one of them (at Weingut Sturm in the Mittelrhein’s northern half) in this report.

Fortunately, there is a wealth of cooler side valleys to explore and exploit, some incorporating once-famous sites, like Oberdiebach’s Schloss Fürstenberg, subject to a massive redevelopment by the Ratzenbergers, a family whose reputation was made with Rieslings from a parallel side valley that leads into Bacharach. And, while these represent something of an exception to the region’s steep slate rule, gentle terrain at the highest elevations, notably including a stretch known as Matthias Weingarten high up above the Hahn, has recently proven its ability to generate genuine Kabinett.

Unsurprisingly then, the hot, dry summers of 2019 and 2020 proved a challenge in many of the most exposed, especially south- and southwest-facing Mittelrhein sites, while deliciously demonstrating the potential of side valleys and high plateaus, not to mention the value of deeper water-holding fine particulate matter or underground springs. That said, the Josts managed a lovely 2020 Bacharacher Hahn Kabinett – though that site is among the few in Germany with the advantage of irrigation. 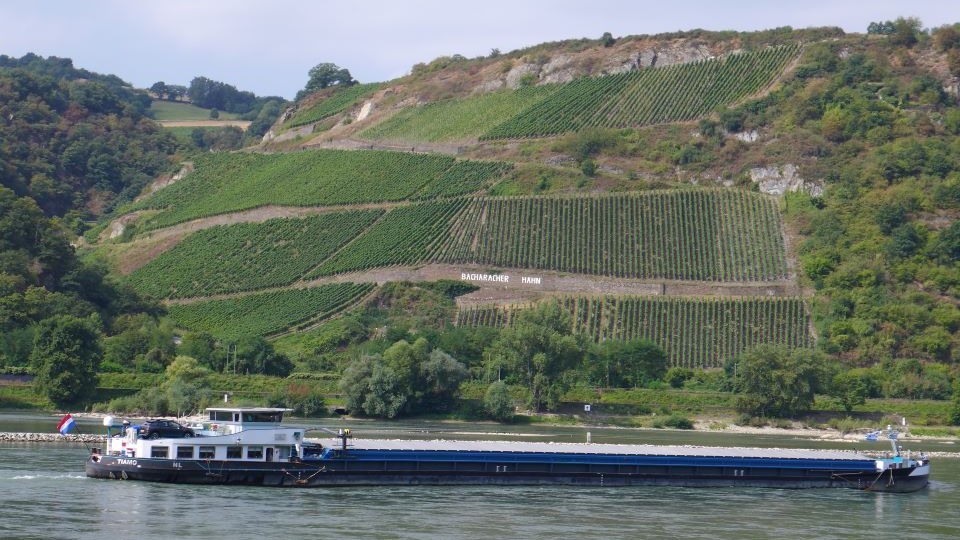 The Jost family’s iconic Hahn, a portion of which is now in Pinot Noir, can still deliver their once-signature Riesling Kabinett provided the weather permits, which in 2020, despite heat and drought, it did.

Diverse Voices... If Too Few of Them

The misconception that Riesling struggles to ripen in the Mittelrhein has often been reinforced by a belief that this presumed difficulty helps account for the region’s steady and continuing decline in vine acreage, which had already begun in the early 20th century. In truth, the primary cause is the sheer difficulty, and considerable danger, of cultivating such steep, rocky slopes in an economically sustainable way. And this has been compounded by the increasing frequency of hot, dry summers. At least the diminutive Mittelrhein escaped the Mosel’s fate during West Germany’s “economic miracle” years of becoming associated with cheap wines from vine crossings planted on nugatory sites and soils. This region’s 65% Riesling (10% is Pinot Noir) puts its share of that grape ahead of the Mosel’s and behind only the Rheingau’s. Today, however, there can be no doubt that the Mittelrhein would benefit from an influx of outsiders and first-generation wine growers such as now abound in numerous other German growing regions.

Like their much more numerous Saar counterparts, those Mittelrhein estates conspicuous for the high quality of their wines reflect a remarkable diversity of styles. Sample a couple of Rieslings each from those whose wines are represented in the US  – trocken (both full-bodied and light, some harboring just 10–11% alcohol), halbtrocken (well-represented, unlike in so many portfolios from other regions) and sweet – and you’ll experience a pretty representative cross-section of what German growers are currently achieving with Riesling.

In keeping with my own advice, I aim to explore the Mittelrhein a bit more intensively in the near future, and I had hoped for the inclusion of one more estate than ended up being covered in this report. Rumors have regularly circulated in recent years concerning the possible sale of the Bacharach estate of Friedrich Bastian, including its island vineyard monopole. The estate’s current owner-namesake, a professional opera singer, whose father for a decade during the waning 20th century was the chairman of the Mittelrhein VDP, did not respond when I tried to set up an appointment, and I subsequently learned that the estate has lost its VDP membership, bringing the VDP’s current Mittelrhein roster to just four. This includes – in addition to Jost, Matthias Müller, and Ratzenberger, covered in this report – the Oberwesel estate of Lanius Knab, where I am long overdue for a visit, and whose wines seem to have been unavailable in the US for many years.

With the exception of a few 2019s from Weingart previously tasted stateside, the wines in this report were tasted on site in November 2021. Conventions regarding nomenclature and scoring are those followed in my previous reports: wines tasted only prior to bottling are rated with a point spread, and tasting notes on wines rated 86 points or lower are included solely at my discretion.

2015 Rheingau and Mittelrhein Riesling: Excellence from Those Who Demand It, David Schildknecht, September 2017