New Releases from the Tuscan Coast

The Tuscan Coast is one of the most idyllic, evocative regions in Italy and beyond. Breathtaking landscapes dotted with striking vineyards influenced by the nearby Tyrrhenian Sea give birth to compelling wines that run the gamut from daily drinkers to highly coveted, age-worthy reds that stand with the very best wines from around the world. This report focuses on 2018s and 2017s that are in the market now, along with a handful of entry-level 2019s.

Most years I visit the Tuscan Coast, also known as Maremma, in late August or early September. It’s typically the perfect time to see vineyards at the very beginning of harvest, when all the work in the field has been done and the differences between estates are evident. In 2020, that was of course not possible, but I will be very happy to return, as my annual trip to this part of Tuscany is always a highlight. There is something about the light, the ocean and the timelessness of the countryside that is just magical. 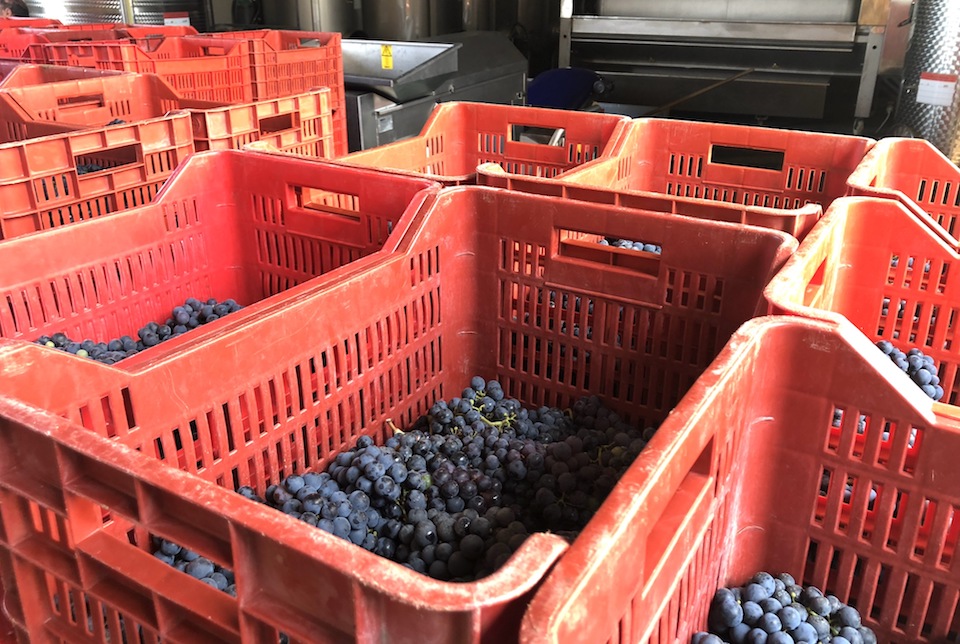 Catching the early part of the 2018 harvest at Le Macchiole.

As a whole, the 2018s are medium-weight wines that emphasize freshness and aromatics more than size. A cool growing season that featured both warm weather and, unusually, quite a bit of rain in the summer, yielded wines that are on the lighter side. That’s not necessarily a bad thing, as power and richness come easily here. In fact, readers who find Maremma wines too rich and intense will adore the 2018s for their silkiness and aromatic presence. What the wines lack in heft they compensate for with finesse. The best wines are beautifully proportioned and shaped by a long growing season with healthy diurnal shifts.

“It is a year that is more favorable for Merlot and Cabernet Franc, while the late September rains were penalizing for the Cabernet Sauvignon,” Antinori CEO Renzo Cotarella explained. “It’s another world in central Tuscany, but on the coast, the Cabernets are lighter in structure than the Merlot and Franc.”

“It was an unusual year in that it was warm, but also rainy,” said Axel Heinz, who heads both Tenuta dell’Ornellaia and Masseto. “It was a late harvest for us. The Merlots were all in by the end of September, while the Cabernet harvest wrapped up in early October. Overall, the year was much easier to deal with than 2017. We did a bit of saignée on the Merlot, and fairly typical extractions, with long macerations of four weeks versus the more typical three or so.” 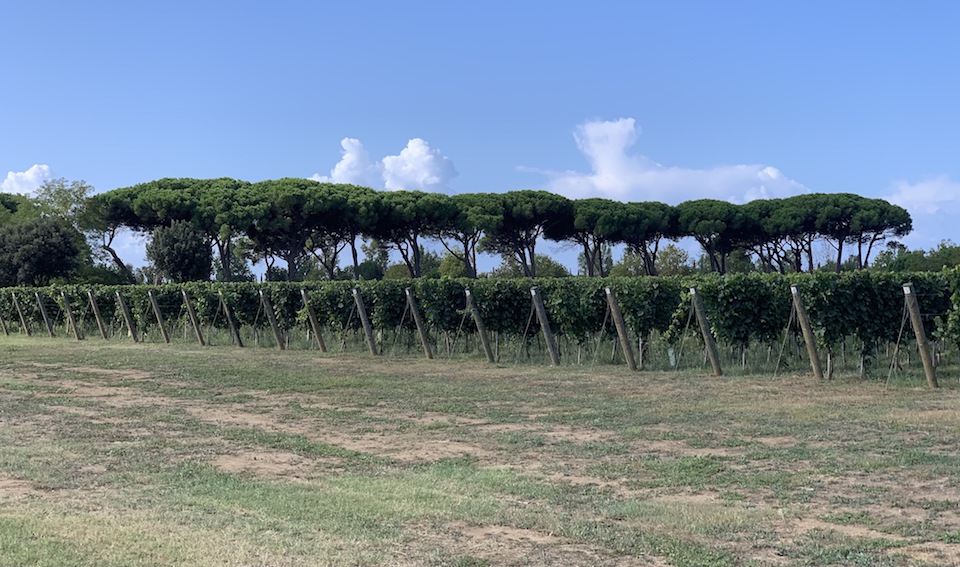 I have written about the 2017s in Maremma previously, but a number of wineries are just releasing their 2017s now, so a brief reminder is probably in order. In 2017, Maremma experienced a severely warm and dry year. “We picked a little earlier than we would have liked pretty much everywhere,” relayed Luca D’Attoma, who makes wines at his own Duemani and consults at a number of top estates. “In the cellar, we extracted as lightly as possible to avoid any bitterness in the seeds and stems and generally tried to be as gentle as we could.”

Luckily, there was just enough cooling of temperatures at the very end of the season to keep the vintage from being a close re-run to 2003. Even so, it was a year where sugar and physiological ripening (the ripening of seeds, skins and stems) diverged. The wines are, not surprisingly, inconsistent in both quality and style. Some wines are lighter than normal, which may be counterintuitive. When conditions are severe the plant shuts down in order to survive. Heat stress and blocked ripening in turn results in wines that are lighter in structure than normal. Other 2017s show aggressive tannins that are the result of harvesting fruit that is not fully ripe for fear of waiting and having wines with elevated alcohols. Finding balance in 2017 was unquestionably tricky. 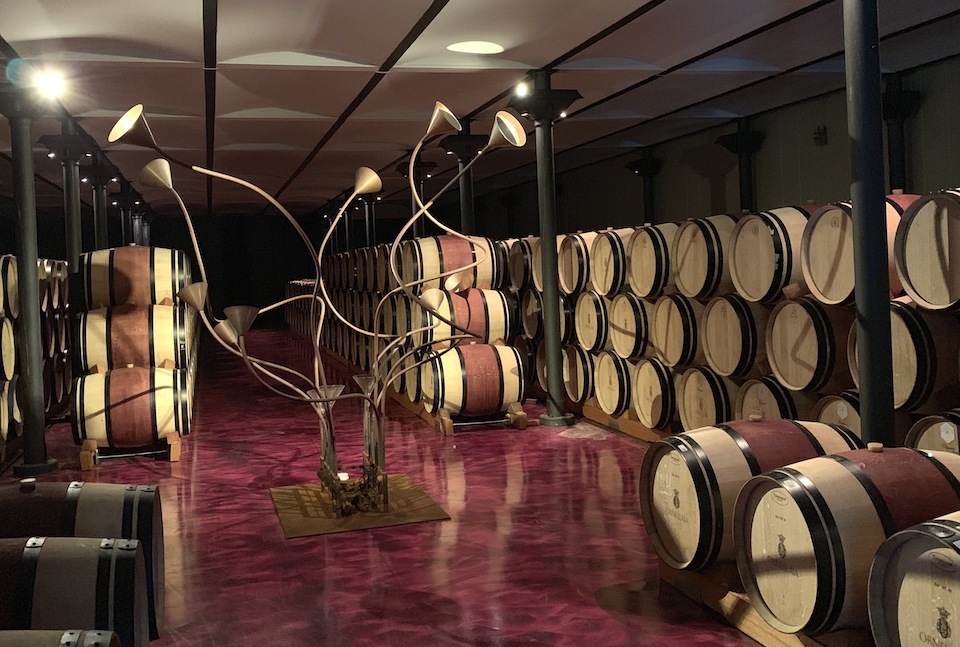 The barrel room at Tenuta dell’Ornellaia.

Yes, Maremma is home to a number of highly coveted and expensive wines. But there is so much more to these appellations. Vermentino, an often abused and overproduced white, can be absolutely exquisite on the coast. Sangiovese is tricky on the coast, as many appellations are just too warm, but it is the backbone of Morellino di Scansano, where it can be blended with other grapes, in wines that are fleshy, distinctive and very well priced. Ciliegiolo is another indigenous grape that still flies under the radar.

Messorio and many more. Cabernet Franc has proven to be especially well suited to the Tuscan Coast, where it often produces extraordinary wines. Lastly, Syrah can be excellent as well, although there are no more than just a handful of truly exemplary wines.

I tasted all of the wines for this article in New York. Given the logistical challenges of shipping and receiving samples in the midst of a global pandemic, some wines I typically cover are missing from this report, but will be added as soon as I have an opportunity to taste them. 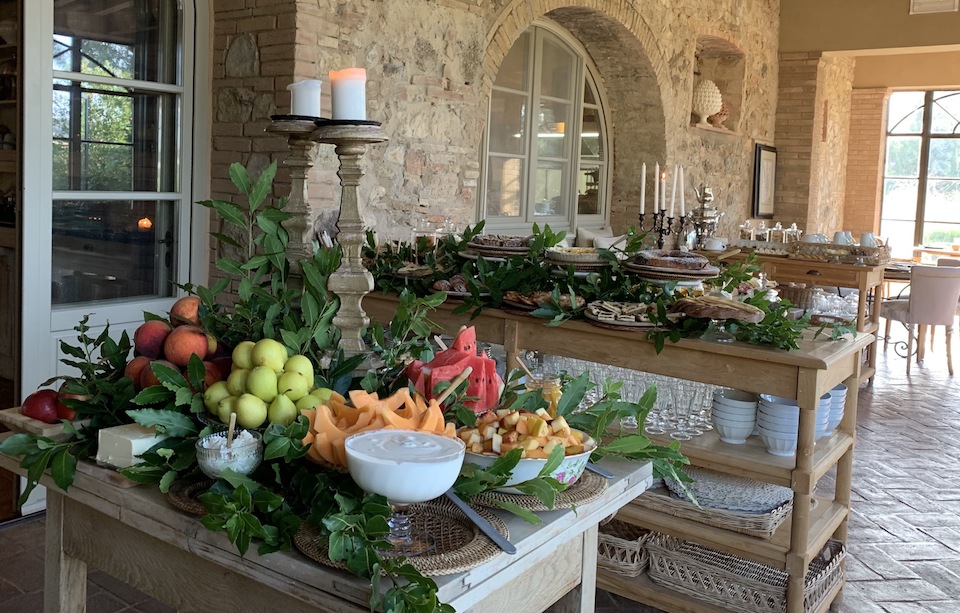 I don’t usually include food pictures in my articles, but what can I say? I desperately miss the fabulous Bolgheri breakfasts at Relais Sant’Elena.