2016: A Very Good Year for Italy’s Many Rosatos

The pink wines of Provence in particular southeast France in general ignited a rosé feeding frenzy nearly a decade ago. This part of France has created a “gold standard” for what a rosé wine should look and taste like – for example, we’re conditioned to expect that it should be ultra-pale in color. But while the reputation of French rosés is deserved, the widespread perception that all pink wines should follow more or less in the same very pale, bone-dry style limits the wine-drinking public’s ability to appreciate, or even to discover, the many other styles of pink wines being made all around the world. 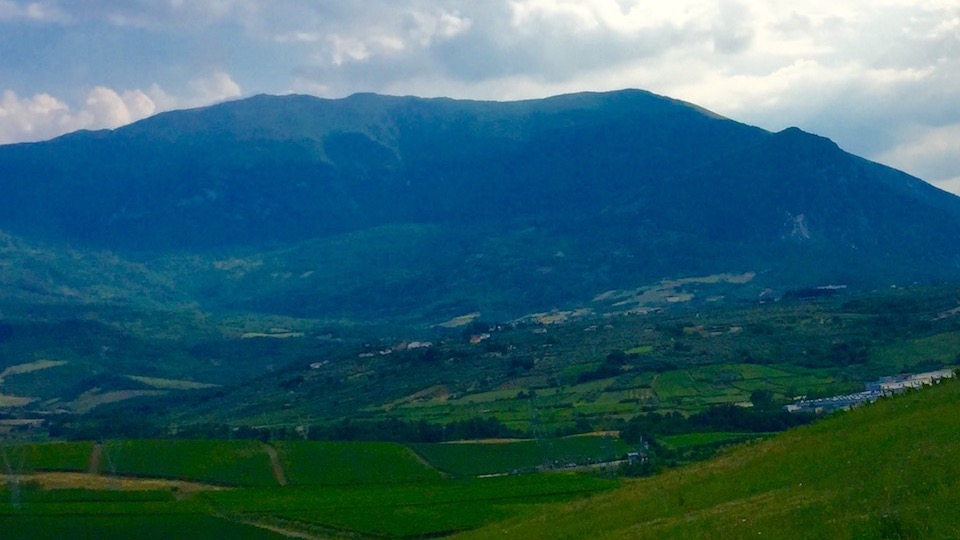 The Abruzzo hillsides where Cerasuolo d'Abruzzo is made

As might be expected from the world’s other largest wine producer (Italy and France trade spots at the top of this list every other year or so), Italy is no slouch when it comes to pink wines. In “Looking at Italy Through Rosé-Colored Glasses,” published on Vinous in April of 2015, I described the many different types of pink wines made in Italy. In general, all of Italy’s pink wines are called rosato (rosa or rosato is Italian for pink), but in fact rosato covers many shades and styles in Italy. These range from the lightest and most Provence-like of all, the Chiarettos from the Lake Garda area (Valtènesi Chiaretto and Bardolino Chiaretto, made with different grape varieties and from totally different terroirs), to the darkest Italian rosato wines of them all, Cerasuolo d’Abruzzo (made, you guessed it, in the central Italian region of Abruzzo), which are practically red in color.

Clearly, the incredible success of Provence’s rosés has attracted the attention of numerous Italian producers and their wine consultants. As a result, there have been some funny-looking wines hitting store shelves and wine lists of late. You may have noticed, for example, that many Italian rosatos from all over the country have suddenly become much lighter in color. This is most evident in Abruzzo, where some wineries have taken to bottling totally atypical light-pink Cerasuolos. For the most part, this is still a fairly rare occurrence; one reason is that many Abruzzo producers also produce a simpler rosato wine. Thus it is typically their rosato that’s very pale in color, while their Cerasuolo usually continues to be light red in color. Also, Cerasuolo d’Abruzzo is a DOC wine, and the government-selected tasting commissions tend to refuse certification to any Cerasuolos that are abnormally light in color – and so they should, as light Cerasuolos have no place in Italy’s wine history. The fact that there are some abnormally light-colored wines being labeled as Cerasuolo d’Abruzzo is just another example of how haphazardly many government DOC and DOCG committees go about their jobs. Many Salento rosatos from Puglia are also becoming much lighter in color nowadays, and these too used to be wines closer to pale red than pink.

A recent exciting development in Italy is the emergence of many rosato wines made from Nebbiolo. The greatness of this grape variety apparently knows no limits: it can deliver uncommonly good pink wines (in the hands of talented producers, at least) as well as world-famous reds. Look for many of the stellar rosato now being made in the Langhe as well as in northeastern Piedmont, the home of up-and-coming Boca, Lessona, Gattinara and Lessona. These Nebbiolo and Nebbiolo-based pink wines are light- to medium-bodied and intensely perfumed, often with a bright mineral overlay to their juicy red berry and sour red cherry aromas and flavors. 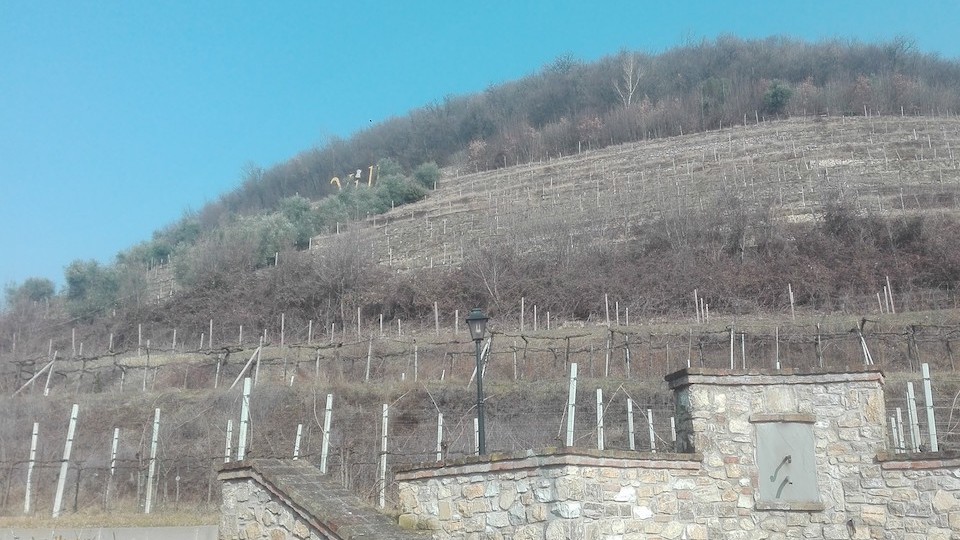 Rosato wines are making inroads into other aspects of Italian wine life as well. For example, it’s a sign of the times that in the Castel del Monte area of central Puglia some pink wines are now labeled with the variety’s name front and center. In fact, Puglia’s rather famous (in Italy, at least) rosato wines have always been associated mainly with the region’s Salento area (the southern third of the Puglia peninsula) and the Negro Amaro variety. But in central Puglia, it is Bombino Nero (one of the most typical red grapes of the Castel del Monte area) that has long been the main player in Castel del Monte rosato wine production.

How quickly times change. Today, producers are so aware of the financial and media windfall that a specific local grape variety can mean for a viticultural area that Bombino Nero, until recently a completely ignored grape, has its own DOCG. Only 20 years ago, when I started turning my attention fully to native grapes, wine people used to smile at me condescendingly and shake their heads when I insisted on this variety’s many qualities. Nowadays, producers all over Italy are throwing their local grapes into the pink wine spotlight and increasingly making knockout rosato: examples include Sicily’s Frappato and Nocera, Sardinia’s Cagnulari, Piedmont’s Pelaverga Piccolo (including very different wines from Pelaverga Grosso and Pelaverga Piccolo), Veneto’s Molinara and Tuscany’s Aleatico.

The boom in rosato production has been mostly good news for Italy. Sure, there are still too many wineries churning out insipid pink plonk to cash in on the trend. And a number of well-regarded estates are making rosatos that are more or less carbon copies of those made by just about everyone else in their neighborhoods. With these wines, selected yeasts are often the primary cause of the sameness in their aromas and flavors of white flowers, pink grapefruit, tropical fruits and even bubble gum. Such wines never speak of the grape variety from which they are made or the specific part of the country they come from, and thus I find them to be of little consequence. 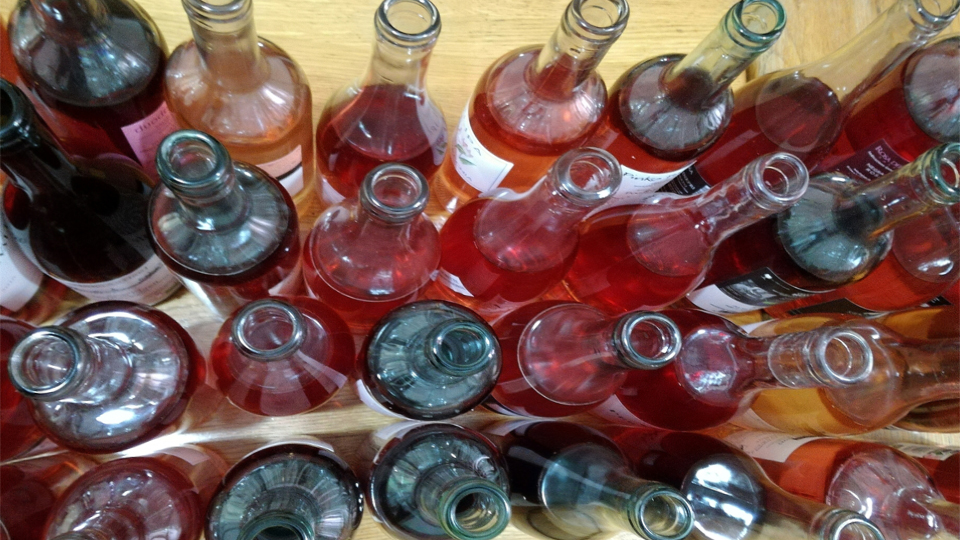 The vast majority of the wines reviewed in this article are from the 2016 vintage. For the most part, 2016 was a difficult vintage throughout Italy, mainly due to excessive rainfall during the growth cycle and, even worse, during the harvest. However, what’s bad for red wines isn’t always bad for pink wines, and so it was in 2016. The year’s generally cooler average temperatures allowed for grapes with higher total acidity and wines with fresher, more aromatic personalities. Unlike the sunny, generally hot 2015 growing season, a year that produced many chunky rosatos lacking in vibrancy and nuance (many top estates didn’t even make a rosato in 2015), the 2016 vintage has delivered many fine, perfumed and lively examples. I don’t believe the 2016 rosatos are quite as aromatic and vivacious as the marvelous wines of 2014, but the quality of pink wine is high and quite consistent in ’16.

The wines in this report were tasted in Rome, Veneto, Tuscany and Piedmont in March and April.