Italy, long viewed as mostly a treasure trove of red wines, in fact loves to drink pink. Some wine lovers might simplistically think that one pink wine fits all. Not so, or at least not in Italy, where you can choose, in increasing depth of hue, between Chiaretto (typical of the Lake Garda area, divided between Lombardy and Veneto), Rosato (made all over the country) and Cerasuolo (the darkest of all Italian pink wines, essentially a light red wine that is traditional and highly typical of Abruzzo). Of these, Chiaretto most reflects the style of Rosé that is currently the rage all over the world, a wine so pale pink in color that it is almost transparent. There are two different Chiarettos: Bardolino Chiaretto (made with the typical grape varieties of Veneto, including Corvina and Molinara) and Valtènesi Chiaretto, made on the Lombard shores of Lake Garda (usually from a blend of the Groppello varieties, Barbera, Marzemino and Sangiovese). Rosato is the name of the Italian Rosés that are most like the pink or blush wines that most people think of as Rosé; they are characterized by darker colors and more flesh than Chiarettos. Last but not least, Cerasuolo is more light red than pink in style. The full name of the wine is Cerasuolo d’Abruzzo (not to be confused with Cerasuolo di Vittoria, which is a Sicilian red wine). Unlike other Rosatos, Cerasuolo is not a floral, often slightly sweet “summer supper” meant to go down like water on a hot afternoon. Rather, it is much fleshier, boasting ripe red fruit and offering both size and a hint of tannins. In fact, Cerasuolo has always been viewed as ideal for drinking in autumn (and all year long). Rosato wines are made in every region of Italy, but the best come from Lombardy, Veneto, Abruzzo and Puglia. 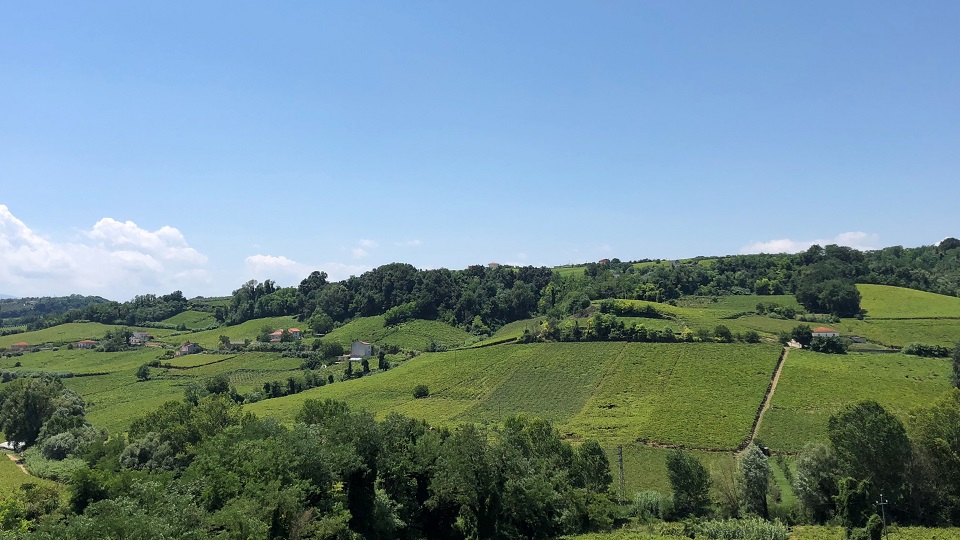 The Marche vineyards provide lots of grapes for Rosato production

Recognizing the long and important history of the country’s Rosato production, Italian government institutions have created Rosautoctono (Istituto del Vino Rosa Autoctono Italiano), which translates to “Institute of Italian Autochthonous [Native] Pink Wine.” This new entity groups together the denominations of Bardolino Chiaretto, Valtènesi, Cerasuolo d’Abruzzo, Cirò, Castel del Monte and Salice Salentino. The institute’s objective is to promote Italian wine culture relative to its members’ Rosato production. Whether it will succeed remains to be seen, but it’s a positive sign that the importance of greater educational outreach has been acknowledged. 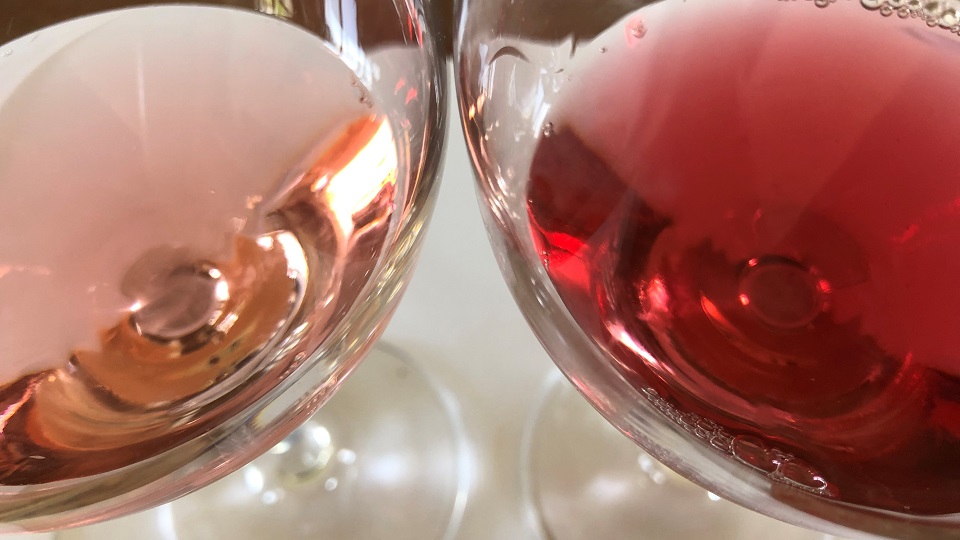 The difference in color between Chiaretto and Puglian Rosato wines

The State of the Art in Italian Rosatos

Italy produces a large number of world-class Rosatos from myriad different grape varieties, presenting all sorts of aromas and flavor profiles. However, there are many duds, too. My tastings this year revealed simple, barely fruity and frankly too sweet Rosés that, though competently made, hold little interest for serious wine lovers. Even worse – and here Tuscany is among the biggest culprits – are wines marred by obvious aromas brought out by selected yeasts; pear drop, bubble gum and banana rule the noses of many such wines, which all smell and taste the same and offer little in the way of varietal distinctiveness or sense of place. Another worrisome trend is what I can charitably term “wishful labeling”: simply put, some Rosatos don’t taste anything like they should, at least based on the grape varieties mentioned on back labels or technical sheets. For example, neither Sangiovese nor Negroamaro are aromatic red grapes; therefore, their wines (pink or red) cannot and should not smell strongly of quinine, cinnamon, nutmeg and other aromas more typically associated with aromatic red grapes such as the Muscat varieties, Aleatico, Ruchè and Lacrima. And yet I’ve come across wines said to be made with Sangiovese or Negroamaro that smelled as if Aleatico was also part of the blend. That in itself is not bad, as Aleatico makes standout pink wines (both dry and sweet) and a little percentage in a blend greatly increases a wine’s aromatic clout; what I fail to understand is why the presence of aromatic grapes is not made clear. This neither instills confidence in winemaking practices nor advertises the country’s wealth of unique grape varieties. Italy really is at times its own worst enemy. 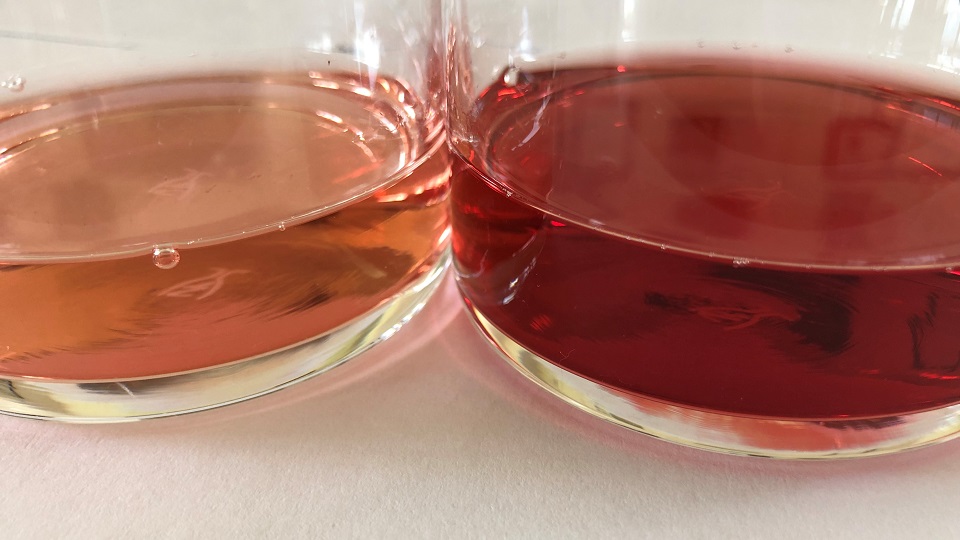 The obvious color difference between Rosato and Cerasuolo d'Abruzzo; the latter is Italy's darkest Rosato wine

Two thousand eighteen was generally cool and rainy, the polar opposite of the hot, dry 2017 growing season. Not surprisingly, the 2018 Rosatos are characterized by sleek frames and less flesh (but lower alcohol levels, too) than the wines of 2017. The less successful 2018s (especially from the north of Italy) are marred by green streaks and unripe aromas and flavors. The best are perfumed and graceful, and good examples, although there are no real blockbusters. I especially liked the Rosatos from Etna, as well as some of the Nebbiolo-based wines, but there are many lovely Chiarettos, Puglian Rosatos and Cerasuolo d’Abruzzos to choose from as well. 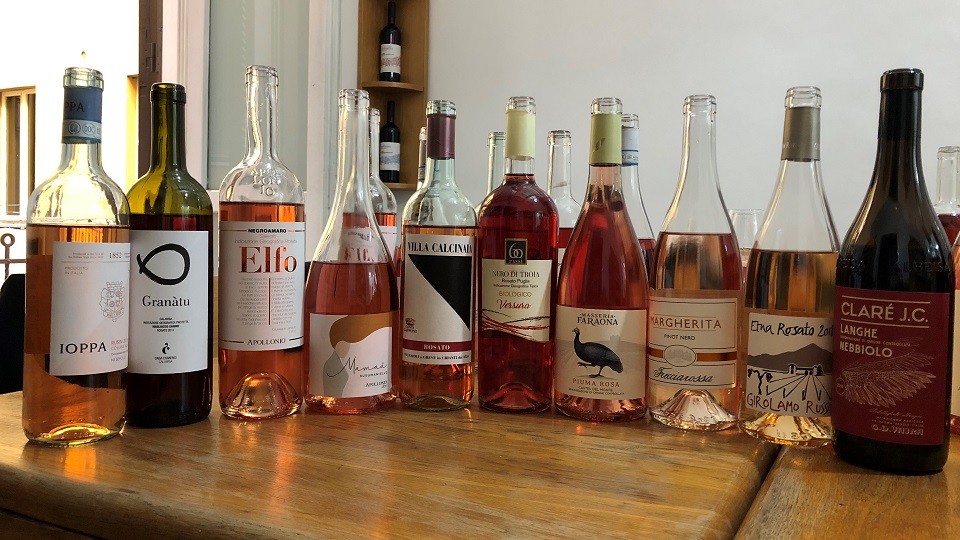 The wines in this report were tasted at wineries all over Italy in March and April 2019, as well as in my office in Rome. I will be following up with another installment devoted to Italy’s 2018 Rosatos in the next couple of weeks.