Social media burst a blood vessel on 9 July when it was announced that the two original Saint-Émilion Grand Cru Classé “A”, Cheval Blanc and Ausone, had not submitted their application dossiers for the 2022 classification, nor for sister estates Quinault l’Enclos and La Clotte.

Yes…but not totally. I did not hear a whisper from either Pierre Lurton, Alain or Pauline Vauthier when I visited in early June, but the fact that Ausone had discretely removed Grand Cru Classé “A” from their label after the 2012 classification intimated that they were “unhappy”.

I resisted firing off my immediate reaction. I wanted to speak to winemakers in the appellation and try to understand both sides of the story before publishing my views.

As a reminder, unlike the immutable 1855 Classification in Médoc, since its inception in 1954, the Saint-Émilion Classification is revised about every ten years. Re-assessment is something that I support since it motivates winemakers to maintain and improve quality.

How much does the Classification matter?

Well, I aver that for consumers, what really matters is who occupies the top rank, which is why the promotion of Pavie and Angélus in 2012 created waves with ramifications that followed. Two became four. Beyond the top tier, who can name the present 14 Saint-Émilion Grand Cru Classé “B”? If you can only name half or spotted my deliberate mistake, then perhaps it does not really matter? What drives sales is fundamentally the quality of wine and critics’ scores, at least those that genuinely move the market. But it would be foolish to dismiss the classification as an irrelevance. One winemaker emphasized how classification determines how their estate is treated by négociants and the trade, the frustration when striving for quality but being lumped with others content to rest upon their laurels. At least the fluidity of the classification means you can move on up or on rare occasion, down. I would add that it also has consequences as and when that property comes up for sale. Potentially you can make far more profit through a canny vineyard acquisition than the accumulated income from wine.

So, if the classification is important, then why are Cheval Blanc and Ausone following the footsteps of Tertre-Rôteboeuf and withdrawing?

Clearly the aforementioned removal of Grand Cru Classé “A” from Ausone’s front label infers that they took umbrage at the 2012 classification and disagreed with the decisions made by the Institut National des Appellations d’Origine (INAO). Both Ausone and Cheval Blanc have stated that their decisions were made independently and not made lightly, without wishing to undermine the achievements of those remaining in the process.

Their reason for not submitting their dossiers is because of the expanded criteria used for assessment. When I was in Bordeaux I had a first-hand look at the inch-thick questionnaire causing sleepless night for several proprietors, stressed about filing their applications by the end of that month. The reason that the application is so detailed is because of additional questions that go beyond factors that determine the intrinsic quality of wine: terroir, vineyard practices and vinification technique. More than half relate to critics’ scores, market prices, consultants, distribution of the wine, presence in top restaurants, environmental policies, certifications, marketing strategy, social media presence and so forth. One or two Saint-Émilion winemakers described it as “intrusive”.

It is easy to scorn these questions. What have they got to do with the quality of wine, which is surely what a classification should reflect? Does the number of Likes on Instagram change the taste or its quality? Of course not. Though I believe Cheval Blanc and Ausone have made a very fair point, I try to see it from the INAO’s point of view as well. Firstly, they need to gather as much information about the châteaux as possible. The more information you have at hand, the more accurate your decision should be. Fathoming out the presence of a wine beyond négociants’ warehouses is valid. I, for one, have consistently argued that genuine sales are not between châteaux and négociants where cases can potentially gather dust, but to final consumers. An assessment based upon ex-château prices implies that châteaux could simply charge as high a price as possible to gain promotion, whereas a realistic measure of price is what consumers are willing to pay, which is essentially the information the INAO tried to glean via the expanded dossier and more probing questions. 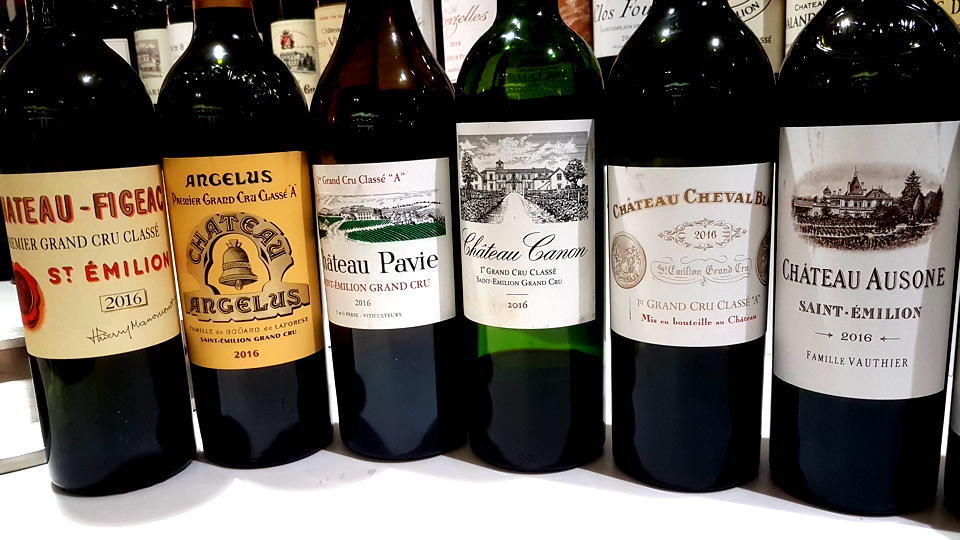 How the wine reaches a certain price is another bone of contention. You have two strategies.

You can take the philosophical view that a wine should reflect its terroir and therefore a Grand Vin should comprise a vast majority of parcels with a minimal amount deselected to create a Deuxième Vin. Both Pierre Lurton and Pierre-Olivier Clouet have stated that this is a guiding principle at Cheval Blanc, which is a year-by-year amalgam of their different terroirs and grape varieties, the final wine greater than the sum of its parts. Alternatively, you can deselect as much of the vineyard as you can to achieve pre-desired quality. This implies that much of your terroir actually does not come up to scratch – if it did, surely you would blend it into your Grand Vin? A cynic might also say that by rationing supply you can manipulate a higher price for your Grand Vin, which will help your cause for promotion.

The INAO actually do address this by stating that 50% of a château’s vineyard must be used for the Grand Vin. In my view, that figure is much too low. In order for a meaningful relationship between vineyard and classification, I would argue that at least 80% should be used. The wine might not be so good in a challenging growing season, but it would a) be representative and b) theoretically be less expensive. I understand that some may disagree with that view and that any wine should be the best possible at whatever cost to volume produced.

There is another problem for the châteaux in retrieving information from the market since there is separation between production and distribution. Once wines arrive in négociants’ warehouses, a château’s job is done. The onus is on négociants to distribute that wine as efficiently as possible. Traditionally, châteaux are unconcerned by exactly how and where their wines are distributed and négociants loathe to divulge that information as that has long been their bargaining chip. Since image and brand perception have become crucial, some châteaux are more investigative, checking that their wines appear in retailers and restaurants simpatico with a luxury brand. Suddenly, you have a dossier requesting details of information that châteaux have not been privy to. You could argue that the INAO would be better served sending those enquiries to members of the trade as some kind of anonymous third party verification.

There is another point that must be stated. I have sufficient experience with both Cheval Blanc and Ausone to know that they produce wines of exceptional quality, amongst the best not just in Saint-Émilion but in the world. Plus, I have enough experience to know that both wines can mature in bottle over many decades. But here’s the reality. Let’s say that the INAO based the entire classification on a blind tasting. Firstly, how do you incorporate the historic legacy of a château? Can you 100% guarantee that those wines would receive higher scores than Figeac, Canon, La Gaffelière or the dozens of other applicants? Because I have done enough blind tastings, I know that even the most illustrious names do not necessarily come out top every time. I have witnessed celebrated winemakers crucify their own beloved wine in blind tastings. The INAO might well ask that if they did restrict assessment to such an exercise, would every château agree to accept the result come what may?

This leads to the pertinent question of who actually does conduct the onerous task of appraising the wines. When I asked around the appellation, nobody knew. Though the INAO assured that an established critic would oversee the process, rumours circulated of an advertisement inviting tasters for a “ranking assessment” that was contemporaneous with the classification evaluation process. Coincidence?

What is done is done. Cheval Blanc and Ausone will become Saint-Émilion Grand Crus from 2022. It will not affect their fortunes one jot, nor does it alter my appreciation to either estate. But like the protests at the European Super League that risked diluting the importance of domestic leagues, so the absence of Saint-Émilion’s own Manchester City or Barcelona dilutes the importance of the classification. Unlike UEFA, the INAO have no means of retribution.

If Figeac or Canon were promoted from “B” to “A”, their achievement is not just being a member of that top tier, but standing shoulder-to-shoulder with Cheval Blanc and Ausone. But they will no longer be there. I completely understand why both estates made that decision and hope that I have presented a balanced argument instead of rushing to belittle the INAO for asking “silly questions”. But I think it could have been handled far better. Châteaux received the dossiers three or four months ago. Couldn’t they have voiced concerns at an early stage, which would have at least given the INAO a chance to address them? The timing means that no discussion can take place, which is a shame because it might have benefitted everyone.

Some proprietors told me that they are taken aback, but as one said: “A classification is never perfect.” They felt that there would be short-term reverberations, though in the long-term, the Saint-Émilion Classification would remain in situ. Consider how people protest that the 1855 Classification is set in stone and yet when Saint-Émilion introduced a more fluid system to benefit the appellation, it has created its own problems that puts the classification in jeopardy. Some of the current issues can be traced back to the previous re-classification whose attendant legal disputes rumble on ten years later. Surely had that to be resolved before the new round of assessments?

I believe that the intentions of the INAO and the dossier were well-founded, but could have been handled much better and far earlier on. No classification has ever pleased everyone. There has to be losers to make it work as there were in 1855 and more recently in Pouilly-Fuissé. At the end of the day, does this move change your buying habits? I very much doubt it. If the Saint-Émilion Classification it is to continue to be viable, I hope the INAO will take a long hard look at what they could have done better. Likewise, I hope that leading châteaux act with the class befitting their reputation.