I was not able to visit Château Latour back in December as my focus was upon the 2019s in bottle and, as we all know, the First Growth has kept inventory back to release their three wines when deemed to be mature. When I visited the estate in March to taste some mature vintages with Frédéric Engerer for an article that will appear in the future, we began with the three forthcoming releases that complement Antonio Galloni’s reviews that have already been published on Vinous.

The 2017 Pauillac de Latour is quite backward on the nose at first and needs a little more coaxing than usual. Blackberry intermingles with black olive and light estuarine, almost kelp-like aromas. The palate is medium-bodied with a sappy entry, quite briny and saline, plenty of character, a somewhat uncompromising Third Wine, though that is something I quite admire. 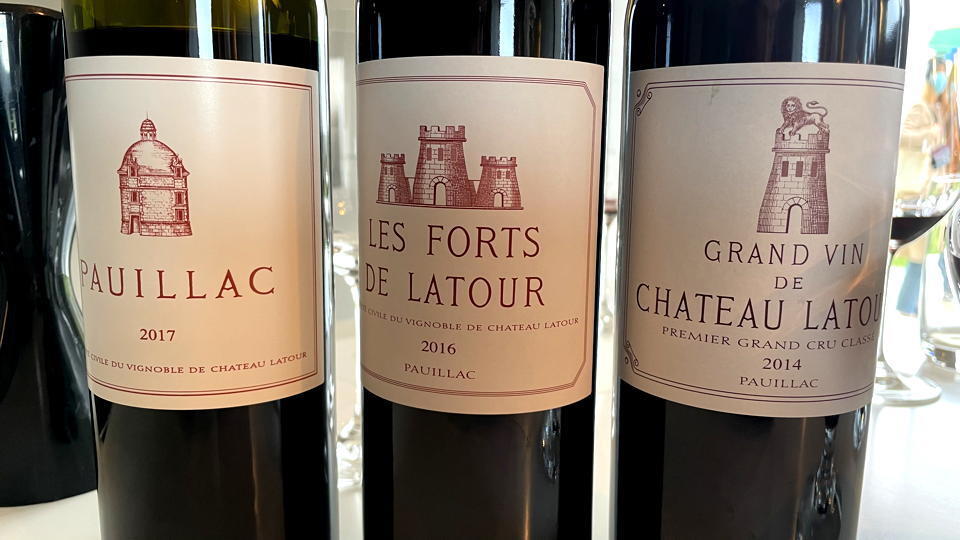 The 2016 Les Forts de Latour has a gorgeous bouquet, extremely pure and floral, veins of blue fruit, cassis permeating the blackberry fruit. The palate is beautifully balanced, again, very saline and a little spicier than I expected. There is a veneer of black fruit that makes it seem quite approachable, yet the tannins and backbone are there behind it. This is a superb Les Forts de Latour. Frédéric Engerer opined that it will drink in two or three years, though its substance and complexity suggest that those with the wherewithal to cellar this Les Fort will be amply rewarded.

The 2014 Latour has a beautifully defined bouquet with intertwined blackberry, briary, crushed stone and pencil box scents. This takes time to unfold in the glass. The palate is medium-bodied with tobacco and graphite-infused black fruit framed by svelte tannins. This has a fine bead of acidity, cohesive with straight-down-the-line Pauillac tropes of graphite and tobacco towards the finish. Strict and aristocratic, the tobacco element has been accentuated with time. Superb.