Two thousand fourteen was one of the most dramatic growing seasons ever witnessed in Bordeaux. It may be hard to believe today, but well into August, 2014 was shaping up to be a repeat of 2013, a vintage most would like to forget. Then something remarkable happened. Freakishly warm, dry conditions arrived with a vengeance in September and saved the harvest. By all accounts, it was one of the warmest and driest Septembers ever recorded.

It is, of course, a little more complicated than that. While the Indian summer was an unexpected and a positive surprise, there was some rain during harvest, while the blisteringly hot conditions caused issues with dehydration and shriveling in some areas. For the most part, however, September and October benefited from a glorious Indian summer that led to a late harvest. One of the hallmarks of 2014 is very long hang time, which in the finest wines manifests itself in very silky, polished tannins. For more on the 2014 growing season, readers might enjoy taking a look back at my article on the 2014s tasted as barrel samples in Spring 2015. 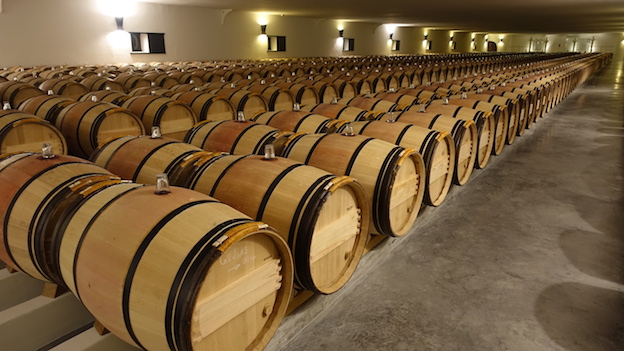 The cellar at Mouton Rothschild, Pauillac

The 2014s are generally mid-weight wines with expressive aromatics, medium-bodied structures and finessed, silky tannins. Relative to the widely accepted model of what constitutes a great vintage in Bordeaux today, the 2014s are a bit slender and lacking in both breadth and power. On the Left Bank, the late-ripening conditions favored Cabernet Sauvignon over Merlot, which manifests itself in a far greater reliance on Cabernet in many of the blends. Over on the Right Bank, quality seems to be much more tied to the characteristics of individual sites, in particular with regards to drainage. Médoc, Haut-Médoc and Fronsac are fertile hunting grounds for readers focused on value.

As a whole, 2014 is not consistently exceptional, rather it is an above average vintage with many exceptional wines. I tasted more than a few wines that showed less depth and freshness than they did from barrel. Naturally, nearly two years have passed since these wines were presented en primeur, so some degree of evolution is normal. Even so, I wonder if some of the 2014s perhaps spent too long in barrel or saw too much new oak given the mid-weight structure of the vintage as a whole. Time will be the ultimate judge of that. The best 2014s, however, point to a vintage characterized by elegance and freshness as opposed to power. We will see plenty of richness with the 2015s and likely the 2016s as well. That said, the finest 2014s are not lacking in concentration or depth, but they will need time to be at their best. These are the kind of wines that often start out slow and then gain in bottle. But a number of wines, especially in Saint-Estèphe and Pessac-Léognan, are notable for their combination of ripeness and vibrant acidity. Simply put, the finest 2014s are utterly magnificent and well worth seeking out.

Most importantly, 2014 is a very consumer friendly year. The market for Bordeaux tends to divide between those vintages that are considered ‘great’ and are therefore subject to massive price speculation, and those that are ‘average’, which are seen as much less desirable by many marker constituents. This market dynamic creates a significant opportunity for savvy consumers to pick up any number of gorgeous wines at fair prices. Two thousand fourteen is an ideal vintage for consumers who buy wines to actually drink them (because prices should mostly be favorable) and members of the wine trade who have a commitment to serving those consumers. The 2015s, and most likely also the 2016s, will be surrounded by much more market hype. Some of that enthusiasm will be warranted, some not, but what is almost certain is that both vintages will be more expensive in bottle than the 2014s. 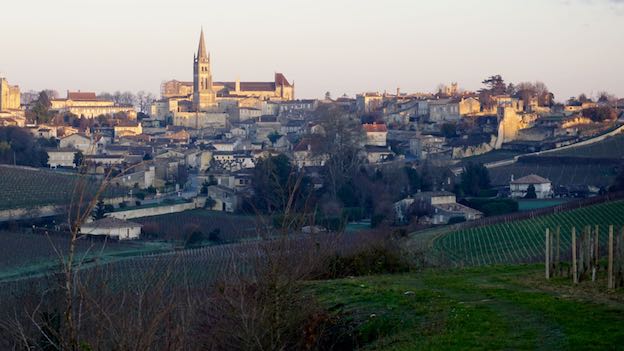 A view of Saint-Emilion from the Pavie plateau

Saint-Estèphe and Pessac-Léognan are the stars in 2014. Both appellations received less rain than neighboring areas. The warm, dry September weather produced rich, sumptuous wines that often stand in stark contrast to the wines of the vintage more broadly. Much the same is true for various pockets within Northern Médoc as well, most notably some sectors in Pauillac. Although there are plenty of striking wines to be found in both the Left and Right Banks, along with the satellite appellations, quality is less consistent across the board.

When the 2014s were young, I thought they might be close in quality to the 2013s. Time has shown otherwise.  With few exceptions, the 2014 whites do not have the sizzling tension and crystalline purity of the 2013s. In exchange, though, the 2014s are more ample and generous in texture. I would prefer to drink the vast majority of 2014s sooner rather than later, as many wines are also starting to show the early signs of maturity.

As is the case with the dry whites, the 2014 Sauternes and Barsacs are quite pretty today, but also appear to have less energy and brightness than the 2013s. Overall, 2014 is a high quality vintage with wines that should peak earlier than the 2013s.

Readers looking for the best of the best will find that and more in this short list of the most impressive wines of 2014.

Sleepers & Under the Radar Gems

These are some of my favorite sleepers and under the radar wines. Many of them are from lesser-known appellations, but a few are resurgent estates in more prestigious appellations. Most, if not all, wines in this list offer superb quality for the money.

I tasted all the wines in this article during a trip to Bordeaux in January 2017. Because of scheduling, I was not able to visit a handful of estates I typically cover. I will taste those wines this spring.