Fans of approachable southern Rhône red wines will find plenty to like from the 2014 vintage in Gigondas, wines that resemble the elegant 2008s and 2004s. Those two earlier vintages, which were widely overlooked by buyers in a rush to snag the hyped 2003s, 2005s 2007s and 2009s that bookended them, have emerged in recent years as exemplars of the southern Rhône in a minor key. I’m betting that the 2014s will also initially be overlooked because of what’s shaping up to be overheated pursuit of the 2015s. In most cases, the 2015s had not completed their malolactic fermentations when I visited the region in late February, but expectations are high. 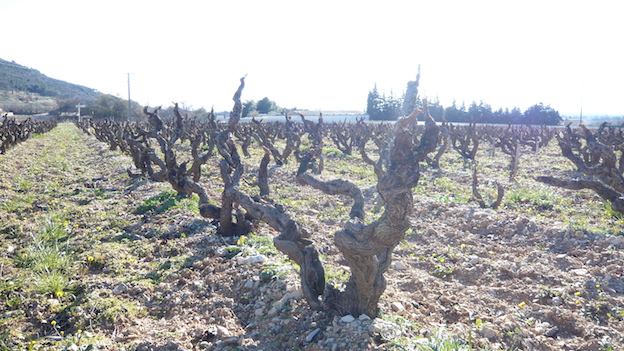 Grenache thrives in the southern sector of Gigondas, which is dominated by sandy loam soil

As was the case throughout the southern Rhône, 2014 was a year that demanded a lot of selection. Rain in September triggered botrytis in many vineyards. Growers also found it necessary to cull out grapes, particularly Grenache, that never ripened fully due to the cool summer. “It isn’t a vintage of power,” Thierry Faravel of Domaine La Bouïssière told me, “and it was also a winemaker’s vintage owing to the selection, sorting and declassification that had to be made.” It’s worth adding that in 2014 the quality of terroir was critical, with well-aerated hillside plantings generally favored—much more so than in vintages like 2010 and 2009 and, it appears, 2015—when high-quality fruit could be grown pretty much everywhere. Conscientious farming and the willingness and wherewithal to eliminate all but the best grapes through the growing season, at harvest and again at the sorting table, were also essential for quality in 2014. It should go without saying that this is a vintage that should be approached carefully. 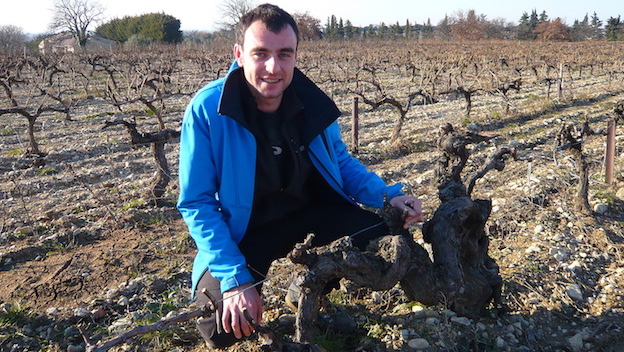 Romain Saurel of Domaine Saint-Damien, with one of his many seriously old Grenache vines

2013: Another Vintage to Cherry-Pick

With its cold early spring, 2013 was a problematic vintage for the precocious and extremely important Grenache (AOC regulations require that Gigondas include at least 50% Grenache). With overall production of the variety often down considerably from normal, many winemakers relied more heavily than usual on Syrah and, especially, Mourvèdre to make up their blends. The upside to the Grenache shortfall is that many producers, especially those who are especially dependent on this variety, opted to make just a single—or at least fewer—bottlings in 2013 and blended the fruit from their best sites into their basic offerings (“classique” or “tradition” are the terms most often used for these bottlings). Many of those wines are very good indeed, and they can often be found at appealing prices, as the 2013 vintage is already being largely ignored by consumers increasingly focusing on the ‘15s. Rabid demand for the Next Big Thing virtually guarantees gentler mark-ups for vintages such as 2013 (and, I would wager, 2014) , which is great news for savvy, value-minded wine lovers more interested in drinking the wines than in bagging cellar trophies. 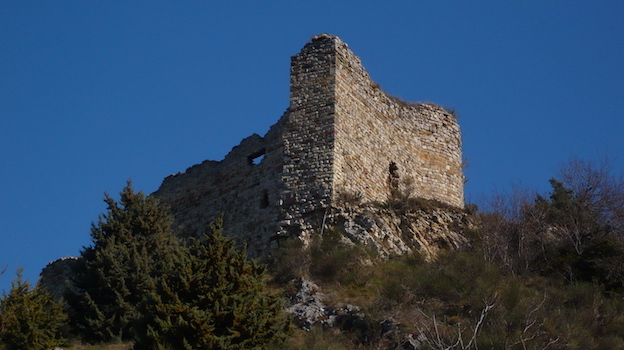 A Preview of Southern France’s 2015 Rosés

It might come as a surprise to some that until Gigondas was elevated to AOC status in 1971 it was widely renowned for its pink wines. While these wines now comprise only about 1% of the appellation’s production, winemakers who produce Gigondas rosé take the wines seriously, and it shows. As might be expected, these wines tend toward the rich side as pink wines go, yet they also usually possess a core of minerality that makes them fresher and more energetic than those from other appellations, such as Tavel. I had the chance to taste a handful of examples from 2015 and 2014 while in Gigondas in late February and have included notes on these wines in this article rather than wait for our annual rosé reviews which begin next month. 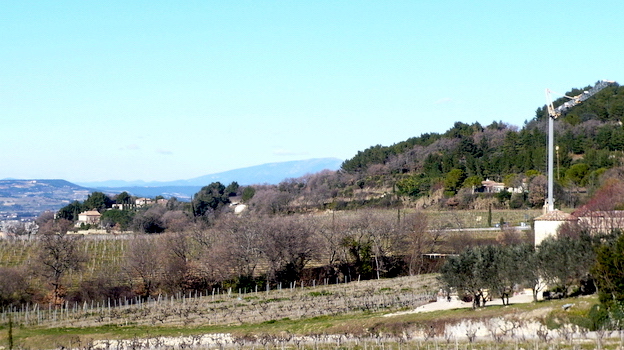