Le Clos du Caillou is located in Courthézon, on the eastern border of the Châteauneuf-du-Pape appellation. The Pouizin family acquired the property in 1956 and subsequently expanded the vineyards, which are planted with twelve different varieties including a surprisingly high ratio of Clairette Rose among the whites. Sylvie Vacheron, (né Pouizin) and her late husband, Jean-Denis Vacheron, took over Le Clos du Caillou in 1995. Today, Sylvie Vacheron is assisted by winemaker Bruno Gaspard and enologist Philippe Cambie. 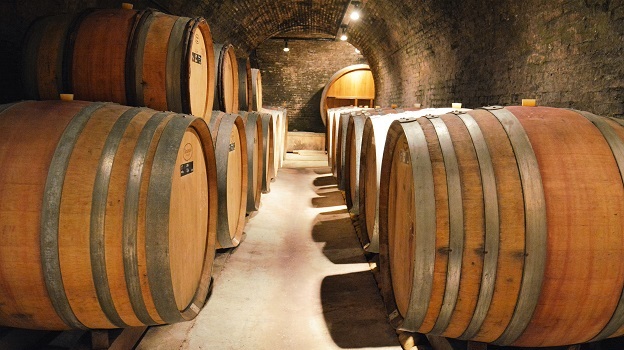 The vineyards include two types of terrain: sandy soils and pebbly soils. The sandy soils represent a real asset at Le Clos du Caillou and cover a large share of the vineyards. Located on the lieux-dits ‘Les Cailloux’ and ‘Les Cassanets’ these terrains are precocious and allow the grapes to mature about two weeks in advance. Another attribute of vineyards rich in sand is that they yield wines that offer considerable finesse and elegance. Pebbly soils are found in the hillside lieux-dits ‘Les Cassanets’ and ‘Les Garrigues', the latter being in Côtes-du-Rhône.

Le Clos du Caillou’s Châteauneuf-du-Papes are made with destemmed grapes and long fermentations that start with a cold soak that lasts around two days. As a result, these Châteauneuf-du-Papes are intense and powerful, aromatically speaking. The most complex cuvées have outstanding potential, but need a couple of years in the cellar to truly shine. The wines produced by Le Clos du Caillou all possess a natural finesse and freshness that balances their intensity and keeps them from feeling over-ripe. The domaine's Côtes-du-Rhônes are some of the finest of the southern Rhône. First, as previously mentioned, they come from parcels that could have been included in the Châteauneuf-du-Pape appellation when it was created in 1936. Second, these vineyards are farmed with the same care as the estate's vineyards in Châteauneuf-du-Pape. In 2010, Le Clos du Caillou received its organic certification, and is now experimenting with biodynamic farming. The domaine also produces one Côtes-du-Rhône cuvée without any additional sulfur, although Sylvie Vacheron told me this practice would be limited to the regular Côtes-du-Rhône red.

The Côtes-du-Rhône Rosé is a blend of 70% Mourvèdre and 30% Counoise from young vines on sandy soils in the Clos, where the yield is only twenty-five hectoliters per hectare. The whole clusters are lightly pressed for four hours, and the wine settles overnight at cold temperatures. Vinification takes place in stainless steel tanks.

The Côtes-du-Rhône Bouquet des Garrigues Blanc is a blend of 30% Grenache Blanc, 35% Clairette Rose, 20% Viognier, and 15% Bourboulenc, sourced from both sandy and pebbly soils. The yield is about nineteen hectoliters per hectare. Similarly to the Côtes-du-Rhône Rosé, the whole clusters are lightly pressed for four hours, and the wine settles overnight at cold temperatures. Vinification takes place in stainless steel tanks.

The Côtes-du-Rhône Réserve Blanc is a blend of 65% Clairette Rose, 15% Viognier, and 20% Grenache Blanc from both sandy and pebbly soils; the yield is about nineteen hectoliters per hectare. Here, too, the whole clusters for the Réserve Blanc are lightly pressed for four hours, and the wine settles overnight at cold temperatures. Vinification, however, takes place in new demi-muids for the Clairette Rose, in three year-old barrels for the Viognier, and in stainless steel tanks for the Grenache Blanc.

The Côtes-du-Rhône Bouquet des Garrigues Rouge is Clos du Caillou’s principal cuvée, and represents thirty hectares of their vines. This wine is a blend of 85% Grenache, 10% Syrah, and the rest Carignan, Mourvèdre and Cinsault planted on sandy and pebbly soils that yield about twenty five hectoliters per hectare. Vinification is done in concrete tanks, where the wine spends thirty days on its skins. Aging takes place in foudres of about twelve years old and lasts about fifteen months.

The Côtes-du-Rhône Quartz was created in 2004. Sourced from the estate’s Côtes-du-Rhône vineyards, the Quartz is a blend of 85% Grenache and 15% Syrah. The soils are composed of sand and pebbles, and are very similar to the soils of the lieu-dit ‘Les Cassanets’ where the Châteauneuf-du-Pape Les Quartz is also sourced. The yield is about twenty-five hectoliters per hectare. Similarly to the Côtes-du-Rhône Bouquet des Garrigues, vinification takes place in concrete tanks, where the grapes spend 33-38 days on the skins. The Grenache is then aged for eleven months in cask followed by five months in foudre, while the Syrah is aged for sixteen months in demi-muids.

The estate's straight Châteauneuf-du-Pape is a pure Grenache that spends seventeen months in foudres.

First introduced in the 2004, the Châteauneuf-du-Pape Les Safres emerges from vines planted in 1958, in the lieu-dit 'Les Bédines,’ where the soils are composed of sand and safres (concentrated sand). Yields are about twenty-three hectoliters per hectare and the blend is 95% Grenache and the rest Mourvèdre, Vaccarèse, and Cinsault. Fermentation takes place in concrete tanks and lasts around thirty-seven days. The wine is aged in foudres for fifteen months.

The Châteauneuf-du-Pape Les Quartz was created in 1999 and is sourced from vines planted in 1956 and 1958 in the lieu-dit 'Les Cassanets,' which features sandy soils covered with pebbles. The blend is roughly 85% Grenache and 15% Syrah. The grapes are fully destemmed. Vinification takes place in oak uprights, and lasts around 35 days. The Grenache is then aged in neutral foudres, whereas the Syrah is aged in younger (but also neutral) barrels for fourteen months.

The Châteauneuf-du-Pape La Réserve was officially introduced in 1998. Produced only in the best vintages, this cuvée is a blend of 60% Grenache and 40% Mourvèdre from sandy soils in the lieux-dits ‘La Guigasse’ and 'Pignan.' Yields are about twenty-five hectoliters per hectare. The grapes are fully destemmed and co-fermented in oak uprights, where the fruit spends around 37 days on the skins. The wine is then aged for 18 months in demi-muids for about eighteen months. 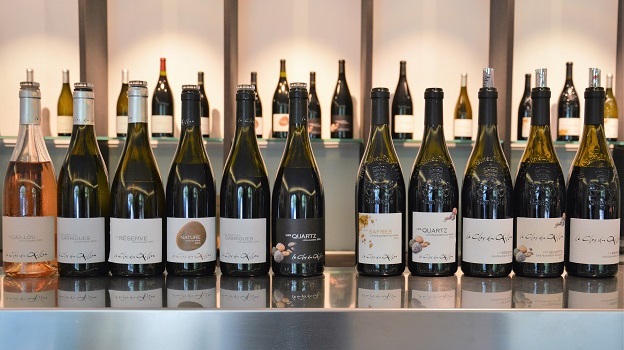 The 2013 Côtes-du-Rhône Rosé, 70% Mourvèdre and 30% Counoise, is quite beautiful, showing slightly lactic notes with tones of strawberry, and a mouth full of citrus fruits. This tasty Rosé finishes with notable precision and hints of lime.

The 2013 Côtes-du-Rhône Bouquet des Garrigues Blanc is a terrific entry-level white, with a precise, mineral-inflected bouquet that some Châteauneuf-du-Papes would envy. With its expressive scents of lemon and its zest, the 2013 is very punchy, and leaves the mouth with distinctly saline notes.

A blend of 65% Clairette Rose, 15% Viognier, and 20% Grenache Blanc, the 2013 Côtes-du-Rhône Reserve Blanc is an absolutely thrilling wine from Clos du Caillou. Offering a rounder and richer nose, this striking white is ample on the palate yet retains notable precision, focus and freshness. The aromatics include citrus fruits, lemon zest, along with buttery undertones.

The 2012 Côtes-du-Rhône Bouquet des Garrigues Rouge is a velvety, fresh and nicely balanced red. Offering a lot of cherry notes and some mara des bois strawberries, the 2012 is underlined by a nice licorice backbone. There is plenty of quaffable appeal here.

The 2012 Côtes-du-Rhône Rouge Les Quartz is a very serious Côtes du Rhône. Purple and introspective, with a strong sense of Syrah despite its low presence in the blend, the Quartz offers a ripe profile laced with notes of blackberry and blueberry. The 2012 is a beautiful wine that could benefit from a few years in the cellar.

The 2012 Châteauneuf-du-Pape is an inviting, sweet wine. A ripe yet delicate nose of cherries and plums opens up first. Velvety on the palate, the 2012 shows quite a bit of glycerin, but not to the point of being distracting. This gourmand Châteauneuf isn't as light as some other wines of the vintage, but it's very well integrated with good overall harmony.

A wine with that balances intensity with the finesse imparted by sandy soils, the 2012 Châteauneuf-du-Pape Les Safres offers a serious profile of mara des bois strawberries and red currants, all with notable delineation from start to finish. With some notes of white pepper in its backbone, the 2012 is still quite fresh, although the finish loses some persistence. The 2012 Les Safres is beautiful wine nonetheless.

The 2012 Châteauneuf-du-Pape Les Quartz is much more concentrated than its 2011 counterpart and, as a result, is more on the reserved side. With considerable potential for improvement in the bottle, the 2012 also expresses a stricter side of this terroir and should be cellared for at least 5 years. The aromatics include strawberries, blueberries, some Provençal herbs and a bit of lavender oil.

A brilliant wine that already delivers a tremendous amount of pleasure, the 2011 Châteauneuf-du-Pape Les Quartz displays a pure and velvety profile, yet never overwhelms. Beautifully balanced and flat-out delicious, with notes of strawberries, blackcurrant and blackberry, the 2011 shows off its distinctive personality. The balance of flesh and structure is absolutely compelling.

A quintessential expression of the appellation, the 2012 Châteauneuf-du-Pape Rouge La Réserve is, not surprisingly, very backward at the moment. The aromatics tend towards Provençal herbs, cherry, blood, fine but strong mara des bois strawberries and incense. There is absolutely no point in opening the 2012 now.

Much more intense and backward than the Quartz 2011, the 2011 Châteauneuf-du-Pape La Réserve ranks among the very best wines of the vintage. Its grand concentration reveals a craftsman texture that unfolds into expressive aromatics of pure Provençal character, with some hints of tobacco and cocoa. This blend of 50+ years old Grenache and Mourvèdre is built for the cellar, so there is no point in opening a bottle now.