Elegance Returns to the Northern Rhône in 2016

Following the huge success of the 2015 vintage, which produced deeply concentrated, structured and age-worthy wines, 2016 pivoted almost 180 degrees by issuing an abundance of graceful, elegant reds that showcase balance and freshness over mass and power.

Northern Rhône wine lovers with purist leanings will be head over heels with the soon-to-be-released 2016 vintage, which offers an abundance of energetic, well-balanced and generally graceful wines. As impressive as the 2015s are, I’ve encountered a not-insignificant number of collectors who view many of the wines as too much of a good thing: too ripe, too rich, too heavy, too tannic…you get the picture. Most of the producers I visit on my annual trips sympathize with that view to an extent, but are also quick to point out that 2015 is a vintage for the ages and what’s in the glass now will mostly bear little resemblance to how the wines will turn out down the road, maybe even way down the road.

There are no such qualms when it comes to the 2016s, though. A number of producers call it a “dream vintage” for the wines’ collective balance, freshness and expression of terroir. Based on the performance of the wines I tasted from barrel in late March and early June, and the handful of finished wines that I was able to try when I returned home (the barrel samples in this article are scored in a range, as usual, while the finished wines in a single numerical score), 2016 is a vintage that’s a must-buy for readers who prize Syrah built along pure, graceful, dare I say feminine, lines. Even so, the wines are in no way lacking depth of flavor or structure, which leads me to think that many of the wines will hit their 20th birthday in fine form. 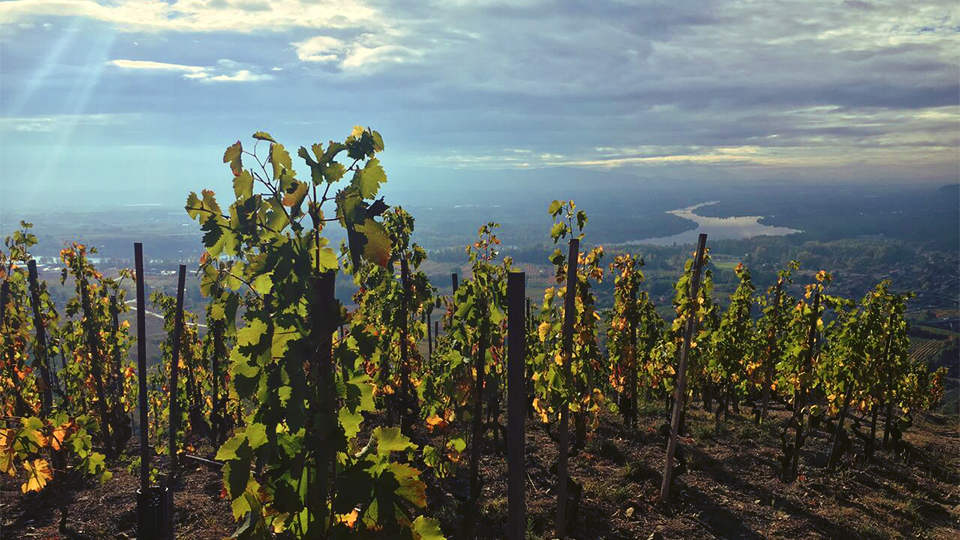 The granitic soils of Saint-Joseph's Lieu-dit Saint-Joseph in Tournon, are the source of some of the most profound, structured wines of the region.

2016 Vintage Played Out in the Vineyards

Damp and overcast conditions defined the spring of 2016 in the northern Rhône. As a result, the growing season fell behind by at least two weeks throughout the region. A hot summer followed. In many instances the vines shut down during a torrid August, which further slowed down ripening. The weather took a cooler and much more positive turn when September rolled around. Conditions were picture-perfect through the month and well into October. Growers were able to pick fruit at their leisure and harvested perfectly ripe and fresh fruit quite a bit later than usual. For example, Paul Jaboulet’s Caroline Frey and Jacques Desnervois told me they harvested two weeks later than they did in 2015, with, surprisingly, no lack of acidity in the fruit. On the contrary, they said, the vintage yielded some of the most energetic wines of the last decade. The same scenario played out up north in Côte-Rôtie, where most of the producers I met with also reported harvesting anywhere from two to three weeks later than what has become normal in the region. Many producers concluded their picking in mid-October and, again, there was wide relief and surprise at the freshness and healthy acidities that the fruit was able to maintain with such a late harvest.

One unfortunate reality that marks 2016 is that yields across Hermitage were off, sometimes dramatically, because of brutal hailstorms that hit the region in April, right around budbreak, causing an ultimate loss of up to two-thirds in some hillside vineyards. Powdery mildew was also an issue in some spots, which further shortened the crop in some sites.

Longtime northern Rhône lovers don’t need to be reminded that the best wines of the region are getting tougher and tougher to find. Prices of many wines that are serious objects of desire have also been on a steady and ongoing upward trend that are positively dizzying. The simple fact is that these wines that have developed a world-wide audience are seldom made in significant quantity. My advice to readers who feel shut out of Hermitage and Côte-Rôtie and, increasingly, Cornas, is to take a good hard look at Saint-Joseph, in particular, for high-quality wines at, usually, much gentler prices. The general quality level of Crozes-Hermitage has been on a steady climb over the last decade but I don’t find the same hit ratio as I do in Saint-Joseph, so I’d tread a little more cautiously there.

A number of producers that I visited in late March and early April had barrels of 2017 wines that completed their malolactic fermentations so, when time allowed, I tasted a number of those wines as well. The harvest was much earlier than that of 2016, with picking commencing in most cases during the first week of September. Most of the wines that I tried looked quite fresh, à la 2016, but with more weight, structure and flavor impact, so in some ways a bit suggestive of 2015. Based on what I saw, and although it is admittedly still early, my first impression is that 2017 looks like a cross of the previous two vintages, with the energy of 2016 and the power of 2015. In some ways comparisons to 2009 might also be apt, but the wines appear to have more brightness than that vintage, which is drinking very nicely right now.

On a slightly less positive note a number of producers, specifically in Crozes-Hermitage, Hermitage, and Saint-Joseph (vineyards around Tournon, Saint-Jean-de-Muzols and Mauves and Cornas,) told me that their production was, in many cases, off as a consequence of drought that resulted in fruit with small clusters/berries, meaning higher-than-normal skin-to-juice ratios.

I tasted all of the barrel samples in this article during my visit to the region in late March and early April 2018. Finished, bottled wines were sampled in New York upon my return home.