Rosé wines have always been emblematic of summer and, as even a casual glance at retailers’ shelves and restaurant wine lists reveal, their popularity has never been stronger. Many of these wines are as compellingly delicious as ever, but careful buying is more essential than ever before as too many rosés that have emerged in the last few years are, frankly, pretty boring. 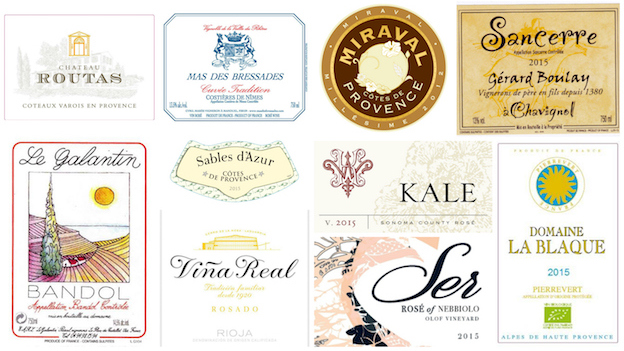 One can’t fault a winery for capitalizing on a trend if it means a tidy and relatively quick profit, which pink wines provide as they can be made quickly, from high-yielding vines and without the use of expensive oak. Indeed, freshness and straightforward appeal are what the vast majority of wine drinkers are looking for in a rosé, not the depth and complexity that comes from extended aging, much less time in oak casks. On the other hand, there’s simple joyous drinkability and there’s innocuousness, the latter kind of pink wines becoming increasingly common lately. I hasten to point out that the producers responsible for the best rosés that I’ve experienced over the last couple of decades still take the category seriously. There are also plenty of serious wineries that have only recently begun to create rosés, especially in the United States, but, to repeat, many of the newly minted pink wines out there are pretty insipid.

The producers covered here and in the upcoming second installment of my rosé coverage made the best pink wines I tasted this spring. I have provided drinking windows for those who are curious about the likely ageworthiness of the wines, because while almost every pink wine made is delicious on release, a number of them benefit from cellaring, much like serious white wines.

One side note, and an important one, is that the 2015 growing season in France, whose wines are heavily covered here, was a very warm one, especially in the south, and the pink wines show it. Fans of full-throttle, fleshy rosés are going to find a lot to like but those looking for raciness may be unimpressed by many of these wines, even those from their favorite producers. While I’m not advising “drink now or never” for the ‘15s as a group, erring on the young side is a solid strategy to adopt for all but a handful of wines from this vintage.