Exploring The Best New Releases from Sonoma and Beyond

Readers will find a breathtaking array of wines from Sonoma, Anderson Valley and beyond in this report. The 2017s have turned out to be a big surprise given the challenges of a growing season punctuated by three significant heat events. Pinot Noirs and Syrahs are the most consistent varieties, but there are peaks of brilliance in Zinfandel-based reds and Chardonnay as well. As always, the sheer diversity of Sonoma County and its neighboring appellations is truly remarkable. 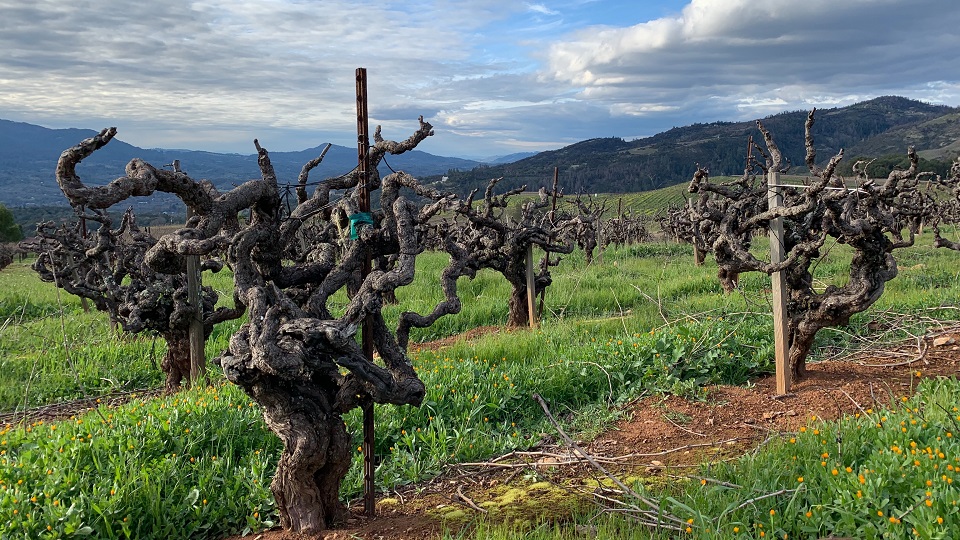 Old-vine Zinfandel at Monte Rosso, one of Sonoma Valley’s most historic sites

The 2017 Growing Season and Wines

It is always hard to distill a vintage in Sonoma into a few paragraphs given the vastness of the region and the diversity of sites, microclimates and varieties that make up Sonoma’s complex viticultural mosaic. Generally, 2017 is a very strong vintage for Pinot Noir, much of which came off before the Labor Day heat spike. The 2017 Pinots have an extra kick of richness, but the best wines retain a good bit of both freshness and structure. Syrah is another bright spot in 2017. The combination of cooler sites and heat at the end of the growing season yielded a host of exceptionally vivid, memorable wines in Sonoma's later-ripening vineyards. Zinfandel is a bit more complicated owing to the diversity of both sites and the varietal composition of what are in most cases Zinfandel-based field blends. Some vineyards were affected by the late June heat event, which occurred during berry sizing and resulted in smaller berries and lower yields. Chardonnay is uneven. Some wines are positively brilliant, while others appear more marked by heat. The October fires that were so dramatic in Napa Valley exacted a significant human toll on several communities in Sonoma, but the effects on the wines turned out to be pretty minimal, with some exceptions, one of them being the total loss of Joe Donelan’s Obsidian Vineyard in Knights Valley, which burned to the ground. 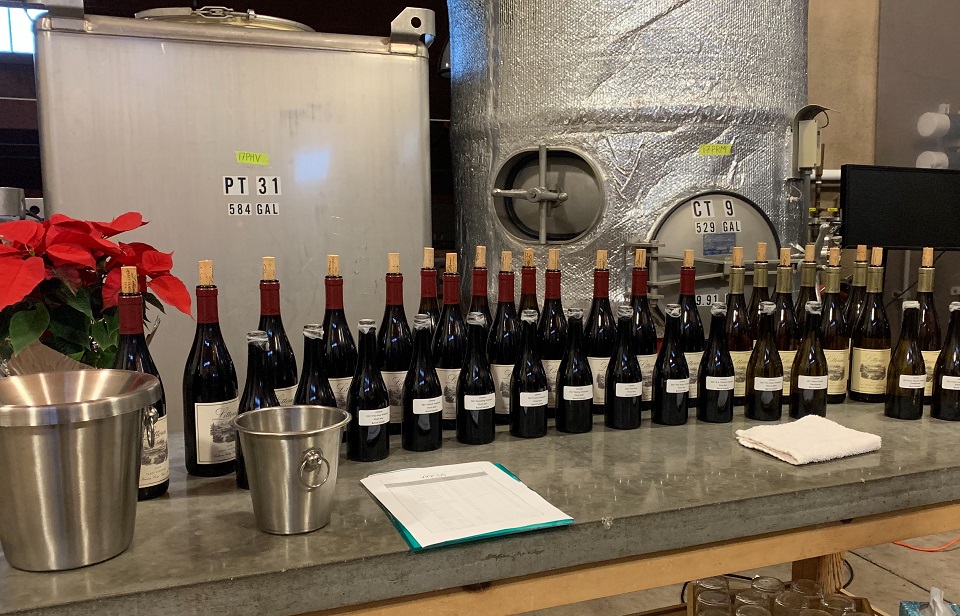 Tasting through the entire range of 2017s from barrel and 2016s from bottle, plus a few library wines, at Littorai

Most, but not all, producers define 2017 as a cool growing season that saw a return to the normal temperature relationships that exist from ridge to ridge, starting from the westernmost part of Sonoma and moving inland. "Two thousand seventeen was a warm year," Ted Lemon opined, taking a slightly different view than some of his colleagues. "At the same time I saw many days with wider temperature gradients from coastal to inland sites than I am used to, he added. Heat spikes in April, June and September played a role in shaping the wines, but overall they weren't as dramatic as they were in Napa Valley. “The June heat spike was significant for us,” explained Morgan Peterson at Bedrock. “In 2017 the vines were still recovering from the accumulated heat stress of the previous drought cycle. The heat during the Summer Solstice (June 20) hit many of our vineyards just as berries were starting to size up and had the effect of halting that sizing in some spots.” The most severe spike occurred over Labor Day weekend, which fell during the early part of the Chardonnay and Pinot Noir harvests. 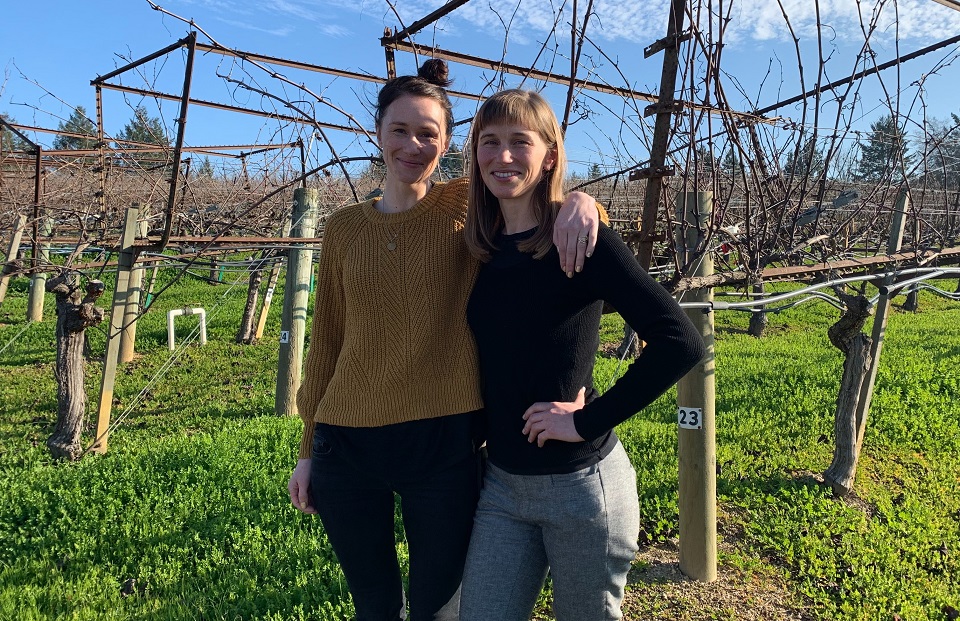 Sisters Carmen and Eva Dehlinger at their Russian River estate

Picking decisions were critical, but the conditions each winery faced were variable depending on the timing of ripening. For many estates on the Sonoma Coast and Russian River, Chardonnay ripens later than Pinot, which meant the Pinot could be brought in early, but the Chardonnay hung on the vine through the Labor Day heat spike. In other cases, wineries experienced condensed harvests, with large quantities of fruit that was picked essentially at the same time, creating logistical issues in smaller and or shared facilities. “The bulk of our harvest took place over just two weeks, which is very tight for us, with larger than normal amounts of both Chardonnay and Pinot Noir coming into the winery at the same time,” Andy Smith recounted at DuMOL.

Two thousand seventeen is a vintage that required growers and winemakers to be nimble and adapt, sometimes very quickly. “We did a short cold soak, which we very rarely do, in order to preserve as much freshness in the fruit as possible,” John Raytek told me at Ceritas. “We also dropped the percentage of whole clusters in our Pinots, because we feared the stems might not be fully ripe, and decided to bottle all our wines about a month earlier than normal.” The reduction of stems in Pinot Noir is a theme in 2017. A number of producers, including Mark Aubert and Smith, told me alcohol conversions were low, which resulted in a curious phenomenon where wines are rich and dense, yet lower in alcohol than one might expect.

Last year I wrote that “Two thousand sixteen is a fabulous vintage in Sonoma. On the heels of 2015, a year of freakishly low yields that resulted in abnormally intense wines, 2016 marks a return to a much more relaxed, growing season with ideal conditions for making wines endowed with energy, freshness and delineation that provide a striking foil to California’s natural radiance. Simply put, 2016 is one of the most consistently brilliant and alluring young vintages I have ever tasted in Sonoma.” I felt the same way this year as I tasted through the bottled wines I had previously reviewed from barrel. The 2016s are positively stunning at many properties. 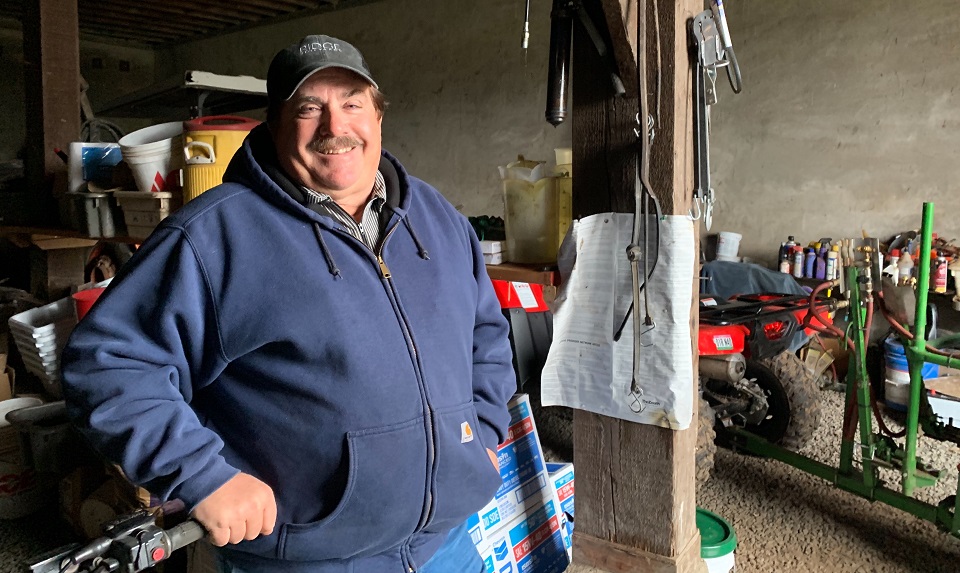 Proprietor Dino Amantite at Pagani Ranch, which his family first planted in the 1880s

A key component of our mission at Vinous is to elevate the culture of wine through education. From the outset, I always wanted Vinous to be clearly differentiated from other wine publications. Our vineyard maps are an important part of what makes Vinous unique. In 2015, we began a collaboration with renowned Italian cartographer Alessandro Masnaghetti to map the vineyards of the United States. So far, we have published seven maps of Napa Valley, and have several more in various stages of research and production. Our current project is a four-map series that focuses on Sonoma Valley and its sub-AVAs Moon Mountain, Bennett Valley, Sonoma Mountain and the Sonoma portion of Carneros. The first maps in this series will be published in late 2019. Below is a draft of the Vineyards of Sonoma Valley, by far the most comprehensive map ever created of the region and its vineyards. Lastly, because of popular demand, we will soon begin the formal launch of a custom maps program that highlights the unique attributes of specific single vineyards.

The Vinous Map of the Vineyards of Sonoma Valley (Draft), by Antonio Galloni and Alessandro Masnaghetti, © Vinous Media 2019

I tasted most of the wines in this article between January and May. The natural diversity of the region results in a wide range of bottling times, which makes choosing an optimal time for tasting and publication a challenge. This year I opted to skip our Supplement article and put as many estates as possible into the main article, which results in this report appearing a bit later than normal. That may or may not be the case in 2020. Lastly, I tasted three collections – Peter Michael, Morlet Family Vineyards and the Kistler 2017s just recently. Notes on those wines will be added to this article shortly. 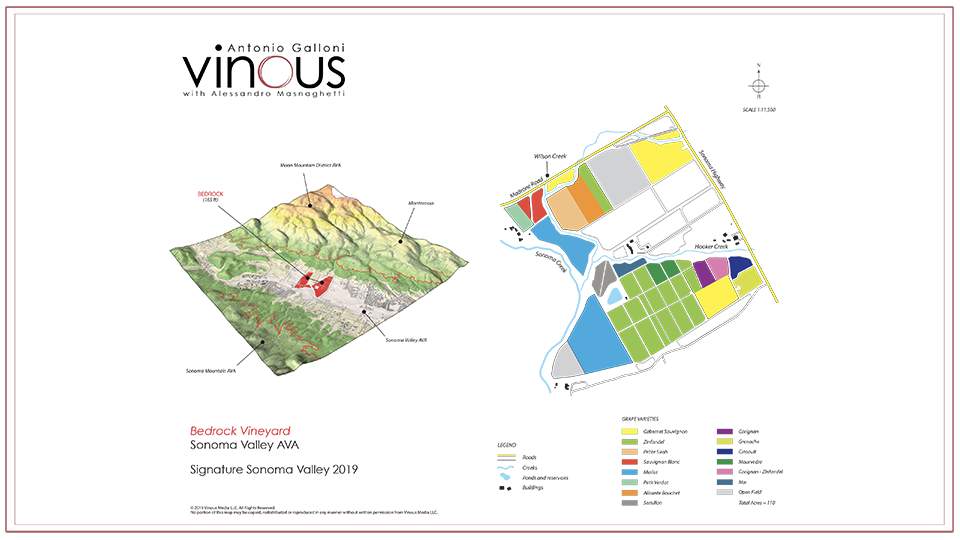 An in-depth look at the Vinous Map of Bedrock Vineyard (Draft), by Antonio Galloni and Alessandro Masnaghetti, © Vinous Media 2019