Two thousand fourteen has provided fans of Santa Lucia Highlands wines with a bevy of rich yet energetic wines that showcase intense, highly perfumed fruit without excess weight. A picture-perfect growing season resulted in healthy small berries. The result was wines that lead with their fruit but also have the depth and structure to age. 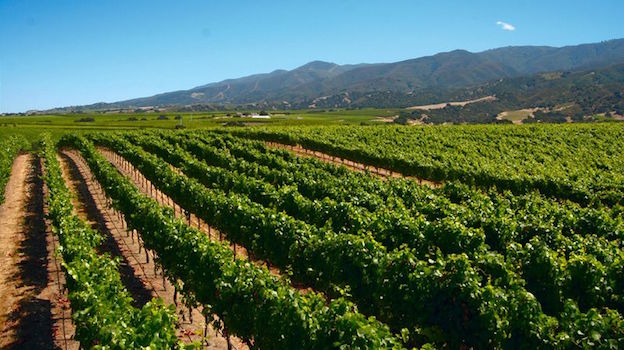 According to Siduri’s Adam Lee, who has been working with fruit from the Santa Lucia Highlands for 20 years, “2014 started out as a really solid vintage from early on, as the winter and spring weren’t too cold, and the fruit set really early and things got off to a fast start.” Yields were on the moderate to low side, historically speaking, and berries were small, which ensured concentration of flavor, deep color for the red wines, and a solid tannic backbone thanks to a high skin-to-juice ratio. The harvest was early as well, taking place under “just ideal conditions, no complaints at all,” according to Mark Pisoni, whose family is probably more tightly intertwined with the Santa Lucia Highlands than any other. Two thousand fourteen has turned out to be an excellent vintage for the region and the wines should enjoy a long, graceful evolution in the cellar.

I tasted some late-release 2013s this summer as well and, as they are the result of a growing season quite a bit like 2014, they’re showing energetic fruit as well, with harmonious tannins and the requisite concentration to age. The same can be said for 2012—and most previous vintages here as well, as the climate is remarkably consistent year to year. I should also note that, regardless of vintage, more and more producers here are making wines that lean toward vibrancy rather than brute force, which is a welcome development in my view. Yes, there’s serious flavor depth and intensity, but in recent vintages richness and weight have been toned down and the same goes for overt oakiness, which was a widespread issue in the not-too-distant past. 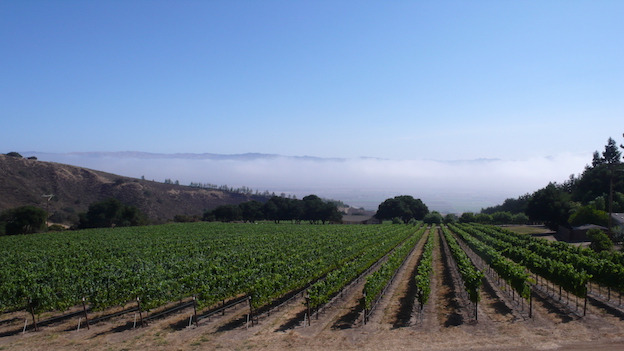 A Wine-Growing (East of) Eden

Even in warm vintages the Santa Lucia Highlands is capable of making wines that display energy and freshness, thanks to the wide diurnal shifts provided by the region’s proximity to the Pacific Ocean, which is only 15 miles from this narrow, somewhat isolated 12-mile-long appellation. Most of the vineyards here, especially the best ones, are planted at high elevation, many of them around 1,000 feet above sea level but some as high as 1,300 feet, which allows for great sun exposure as well as relatively cool afternoons and winds at night. In the summer, warm to hot (but not excessively so), cloud-free days often suited for sunbathing reliably give way to chilly nights that require sweaters, vests and even jackets, as I can attest to, having left such gear back in New York when I travelled here this past July.

Such conditions make for long hang time of the fruit, ripeness with relatively low Brix and healthy acidity levels—thus wines of power and depth as well as finesse, not to mention complexity. I have been fooled more times than I care to count by how well Santa Lucia Highlands Pinots can age but, with a few exceptions, I am not so confident about the ageworthiness of Chardonnays from the region, at least until recently. I think that’s mostly because, in the past, most producers here leaned too heavily on new wood for fermentation and aging, which made for wines that were large-scaled, sexy and immediately approachable but often at the expense of freshness and longevity. Beyond five years from the vintage, too many SLH Chardonnays were still wearing a thick armor of lumber while their fruit was fading away, leaving behind a strange combination of sweetness (from the oak) and dryness which, to my taste, wasn’t particularly enjoyable. Recent vintages have rekindled hope, though, as I am seeing more and more Chardonnays that exhibit brightness and spine than in the past, and assertive oak statements are less the norm now than they were even five years ago. The vines are getting older too, which means more concentrated fruit that’s better equipped to handle barrel fermentation and aging, at least on paper. Stay tuned. 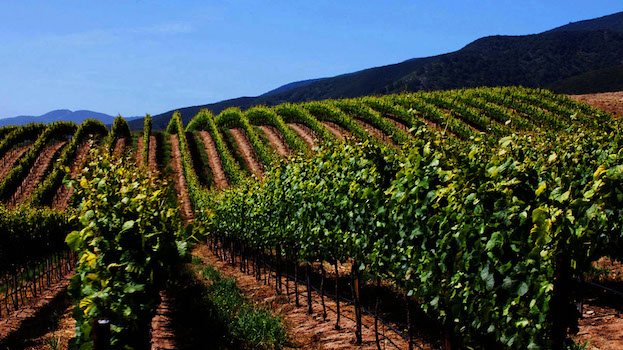 Syrah: Ascendant but Still Under the Radar

Northern Rhône wine enthusiasts would have a field day with Syrahs from the Santa Lucia Highlands if there were enough bottles to go around. In fact, a number of the very best wines that I tasted this year were Syrahs, which bodes well for the future if more growers bite the bullet and give this variety a try. I’m not holding my breath because most level-headed producers abide by the “dance with the one who brung ya” dictum, and Chardonnay and, especially, Pinot Noir have been pretty remarkable—as in profitable—dance partners for some time now. The market for Syrah, on the other hand, is still a dicey proposition in most of the New World and all but a handful of cult wineries with solid direct-to-consumer sales programs struggle to some degree to move their Syrah and Syrah-based bottlings through the market consistently.

The best examples of Santa Lucia Highlands Syrah exhibit the intense fruitiness and graceful character of the region’s Pinot Noirs, with textbook savory personality (olive, smoked meat, pungent flowers and black pepper) that defines Old World renditions of the variety. In that regard they have much in common with Syrahs from the cooler regions of California’s North Coast, especially the Sonoma Coast. But there’s more volume and density to Syrahs from the Santa Lucia Highlands and also, from my experience, rounder tannins and a more fruit-forward character, which allow the wines to be enjoyed earlier than their northern cousins. 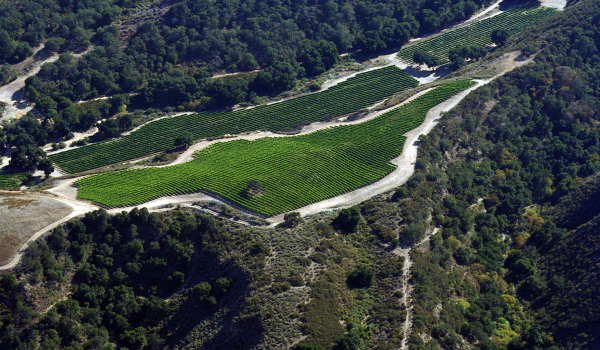 Land in the Santa Lucia Highlands—there’s just over 6,000 acres planted, compared to almost 45,000 in Napa Valley—will never be cheap, and neither will the wines. It’s difficult to find any bottles priced under $25 a bottle and the starting point for wines from this region must be among the highest in the New World—even Napa Valley, which is saying something. Also, most wineries here are relatively small by California standards and production for individual wines from top sites is usually extremely low, often 300 cases or less. Supply is unlikely to expand anytime soon as few of the region’s best vineyards are large enough to provide the fruit necessary for wide availability. Adding to the pressure on prices is the fact that many high-end producers from outside the region produce some of their best wines from Santa Lucia Highlands fruit, especially Pinot Noir from the Pisoni Vineyard, which has further enhanced this region’s reputation for high quality.

Simply and sadly put, the reputation of Santa Lucia Highlands wines, especially Pinot Noirs, far exceeds the available supply. That said, this region’s quality is remarkably high across the board, as winemaking here is focused squarely on the premium end of the business as there’s simply no real practical possibility of making high-production, low-cost wines in the first place.

I tasted the vast majority of the wines in this report in early July during my annual trip to the Santa Lucia Highlands and followed up with more tastings in New York. Please note that I have also included some outlier wines in this article—those from Donkey & Goat, a growing, Berkeley-based El Dorado County specialist, as well as North Coast bottlings from Black Kite and Sta. Rita Hills releases from Siduri.