Santa Barbara: An In-Depth Look at the 2018s

Readers will find a wealth of superb wines to explore in this year’s crop of new releases from Santa Barbara. A mix of established producers upping their games and younger winemakers building their reputations are at the heart of one of the most dynamic regions anywhere in the world. The 2018 harvest gave producers the raw materials to make stunning wines that capture the promise I sensed when I first started tasting the vintage from barrel last year, but quality is variable in some, so a little care is essential.

Every year over the last decade I have welcomed the month of June, knowing it means a trip to Santa Barbara, always one of my favorite places to spend time in. I was especially looking forward to tasting the bottled 2018s given the superb quality of the wines I tasted last year. This year, a trip was not possible because of the global pandemic, so I tasted all of the wines at home, which presents a number of advantages; the biggest of which is the ability to revisit wines and taste them over the course of several hours, something that is, of course, not possible when tasting on site. Technology and shipping have made it possible to both speak with producers one on one and taste wines from barrel, if desired. 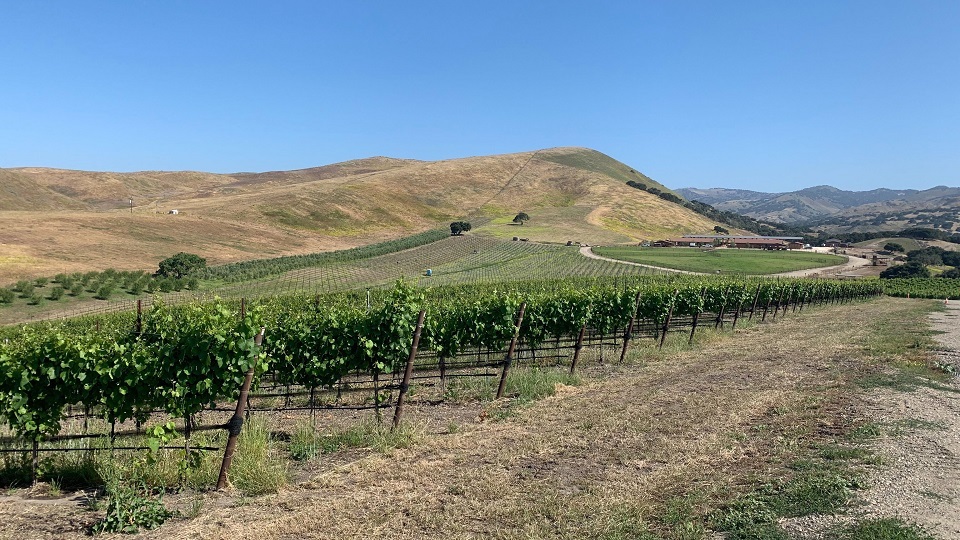 Pence, on the far eastern edge of the Sta. Rita Hills AVA, is one of the emerging estates in Santa Barbara.

As Vinous readers know, Santa Barbara is a wonderfully diverse region that excels with a wide range of grapes. The western edge of Santa Barbara benefits from close proximity to the Pacific Ocean, and is marked by cool microclimates that are ideal for the cultivation of Burgundian varieties. Both the Sta. Rita Hills and Santa Maria Valley are packed with vineyard sites that are capable of yielding world-class Chardonnay, Pinot Noir and Syrah. Conditions become warmer moving east, and that, in turn, results in a number of appellations that are especially well suited to Bordeaux varieties, both red and white, in Los Olivos, Happy Canyon and the broader Santa Ynez Valley AVA. Ballard Canyon is nested within the Santa Ynez Valley AVA and centrally located in the southern part of Santa Barbara County. Rhône varieties thrive in Ballard Canyon, where the central location results in wines that combine the savoriness of cooler sites with the more generous fruit of the eastern side of the region. 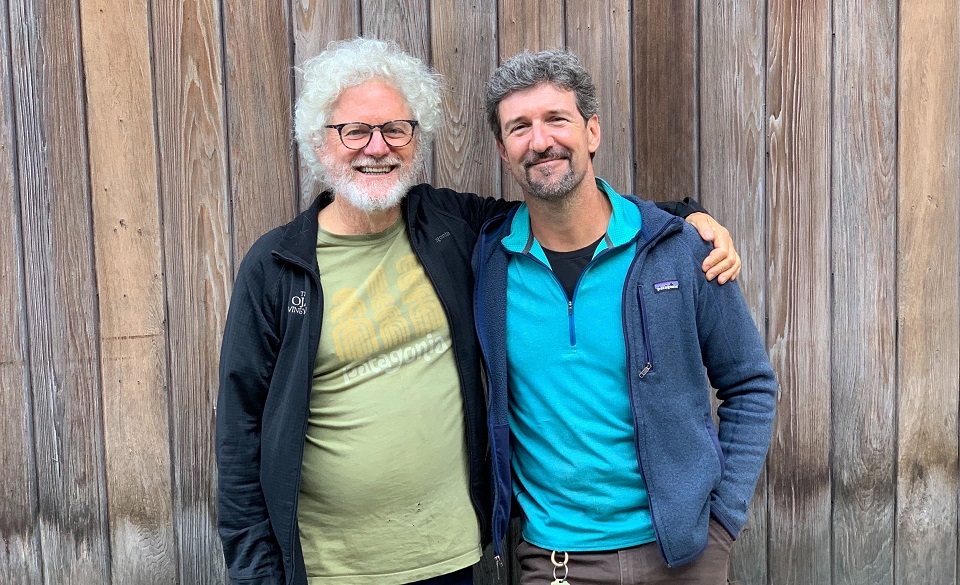 Adam Tolmach and Fabien Castel at Ojai turned out a superb set of wines across their entire range.

Ordinarily I would be able to provide a deeper look at the most recent vintage through barrel samples, but this year, I am limited to impressions from bottled wines. So far 2019, appears to be a high quality year for Santa Barbara. The long, cool growing season and analytical parameters of the wines suggest 2019 has quite a bit of potential. The small sample of wines I have tasted so far is promising, but as readers will see below in my analysis of the 2018s, there are so many variables to consider in Santa Barbara. 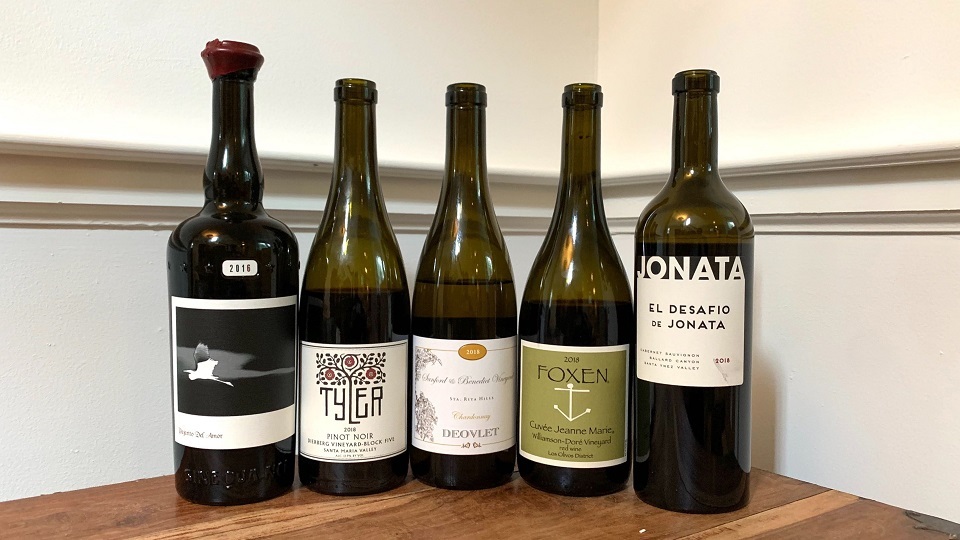 After the traumatic conditions of 2017, vineyard managers and winemakers were quite happy to see a year with cool conditions and no heat spikes. In tasting, the best 2018s across all varieties are fresh, vibrant and full of intense flavors. Acidities are generally higher and alcohols are lower.

The year was not without its challenges however. Early budbreak left Pinot shoots exposed to frost in some spots, most notably in Santa Maria. Generous rain (by relative standards) in the spring reduced the need to irrigate. Moderate weather resulted in an extended growing season with no pressures to pick and a long harvest. The fruit was mostly clean while yields were generous.

Among cooler climate varieties, Chardonnay and Syrah did best, for very different reasons. Chardonnay, with its thicker skins, can handle higher yields better than Pinot and is capable of producing exceptional wines even with a bit more fruit on the vine. Budbreak is later than Pinot, so where frost was an issue in 2018, Chardonnay was still dormant, and therefore protected. The best 2018 Chardonnays are truly exceptional. Syrah ripens later in the fall, when shorter days result in less heat and sunshine during the final phase of ripening. That, in turn forces growers to drop crop so that fruit can ripen before the fall window closes. I tasted a number of utterly breathtaking Syrahs (and other Rhône whites and reds) for this report. 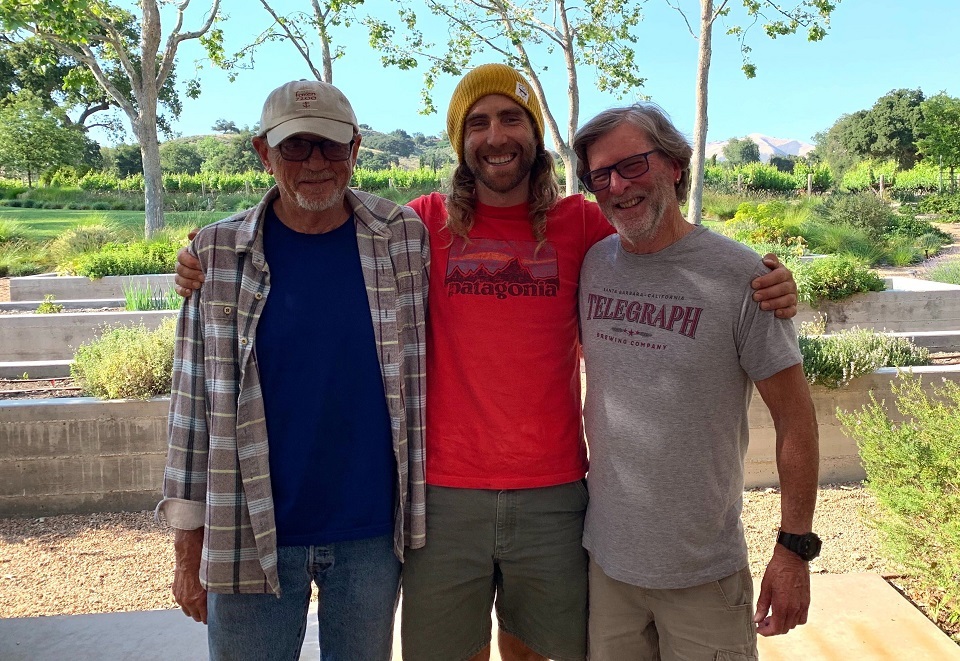 Founders and proprietors Dick Doré and Bill Wathen flank Winemaker David Whitehair at Foxen, where the 2018s are off the charts.

The 2018 Santa Barbara Pinots are more variable. Some are truly exceptional, but others are washed out and lacking in depth, most likely the result of high yields, larger berries with thin skins and/or vineyards that were affected by frost and where second-generation fruit was used. In other words, there is lot to consider in a discussion of the 2018 Pinots. There is no question that the Pinot vintage is stronger in the Sta. Rita Hills than in Santa Maria, and that it is less consistently brilliant in Santa Barbara County than it is further north in Sonoma.

After a decade of visiting Santa Barbara and tasting many hundreds of wines each and every year, I have come to believe that Chardonnay and Syrah have a greater ability than Pinot Noir to transmit the essence of site. That seems pretty obvious. The more difficult question is: Why? It is pretty clear to me that certain parts of the western portion of Santa Barbara, namely Santa Maria and, especially the Sta. Rita Hills, are more suited to Chardonnay and Syrah than they are to Pinot. To be fair, though, Pinot Noir is almost certainly penalized by having been planted in many sites in which it is not ideally suited, much of that the result of the post-Sideways boom, and that naturally affects impressions on a broad level.

A true apples-to-apples comparison would look at the results of these three grapes in sites of comparable quality, but that is obviously not possible. So, like many things in life, these sorts of comparisons are imperfect and full of exceptions. We can only assess the wines that exist. Still, from the standpoint of the wine consumer considering wines that are available, 2018 very clearly favors Chardonnay and Syrah over Pinot Noir among the cooler climate varieties.

Readers will find plenty to like in the 2018 Bordeaux-variety wines. The whites are fresh, vibrant and full of varietal character. Most of the important reds have not been bottled yet, so a more complete assessment will have to wait until next year. 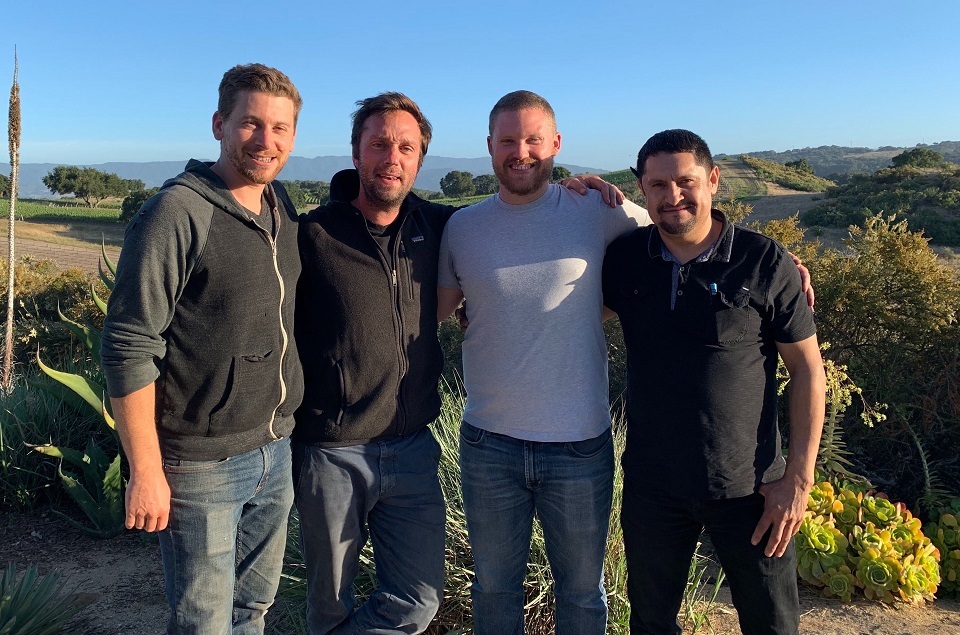 I also had a chance to taste a number of 2017s, most of them later-release Pinots, Syrahs, Rhône blends and Bordeaux reds. Nothing has changed in my view of the year for Pinot. Massive heat in early September created all sorts of issues for Pinot Noir just before harvest, always the most delicate time of year. Last minute irrigation and the general shock of the heat resulted in wines that are light in color, structure and complexity. Many taste fragile and thin. By comparison, the September heat was beneficial to Rhône and Bordeaux reds, which really gained from an extra kick of heat during a year that, up until then, had been relatively cool. Chardonnay, which generally ripens later than Pinot, was in a less vulnerable place when the heat arrived, and vines suffered less.

Lastly, as we went to press, I took a quick look at prices and was simply blown away. I can’t think of another major, historic region in the world that can match Santa Barbara when it comes to value. Much of this is structural, as I have written before. The distance between towns and the lack of tourist infrastructure in wine country are important factors of what is a complex issue. Nevertheless, pound for pound, Santa Barbara makes some of the world’s most pedigreed wines, and prices remain exceedingly fair for what is in the bottle. At a time when all of us are more judicious with expenses, that’s a pretty great plus for the consumer. 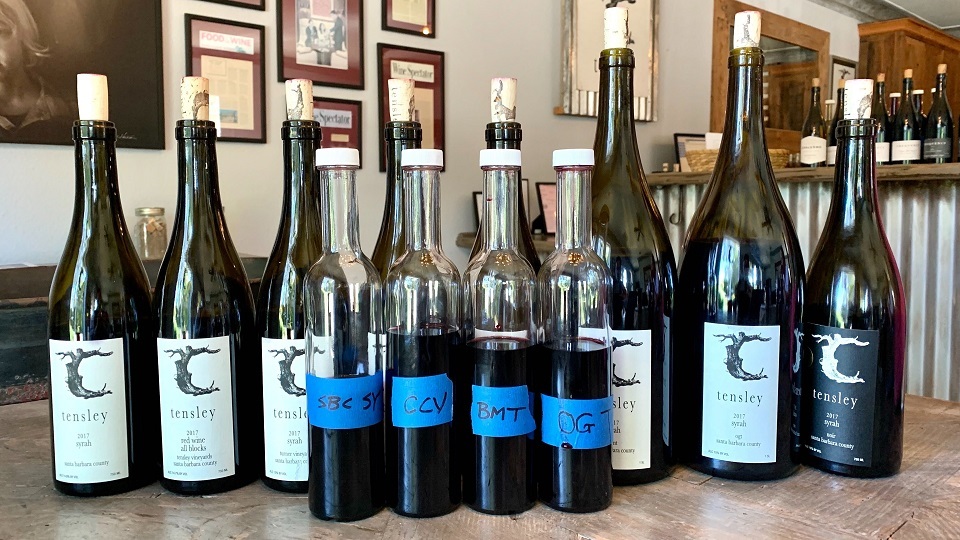 Joey Tensley 2018s, seen here with the blue temporary labels, are every bit as impressive from bottle as they were from barrel.

What I Loved This Year…

I found a lot to like during this year’s tastings, but this is what I truly loved…

Au Bon Climat – Jim Clendenen may be one of Santa Barbara’s veterans, but he continues to show he’s got plenty of game.

Brewer-Clifton – The 2018 Chardonnays are gorgeous wines that benefit from a long, cool growing season.

Chanin – Gavin Chanin’s 2018s are superb across the board.

Deovlet – Ryan Deovlet turned out a brilliant set of 2018 Pinots and Chardonnays.

Dierberg – The 2018 Pinots from Dierberg and winemaker Tyler Thomas are superb.

Fess Parker – Blair Fox made some of the finest wines of his career in 2018.

Foxen – The 2018s are exceptional and the best I have tasted from Dick Doré and Bill Wathen Don’t miss them (the wines).

Mail Road – Matt Dees knows how to get the most of out the Mt. Carmel estate vineyard, one of the most stunning sites in all of Santa Barbara.

Ojai – An impressive range across the board from Adam Tolmach and Fabien Castel that highlight so many of Santa Barbara’s top sites.

Tensley – Joey Tensley’s 2018 capture every bit of potential I sensed when I tasted them last year from barrel.

The Hilt – Captivating wines across the board. The Pinots in particular are next level.

The Paring – These are some of the best values anywhere in the world.

Sine Qua Non – The two 2018 barrel samples I tasted from Elaine and Manfred Krankl make me want to taste their entire range.

I tasted all of the wines in this article in New York in July and August 2020. Not surprisingly, the COVID-19 pandemic has created all sorts of logistical challenges for wineries, which includes the shipping of samples. We will be adding small updates to this article with late-arriving samples in the next week or so.